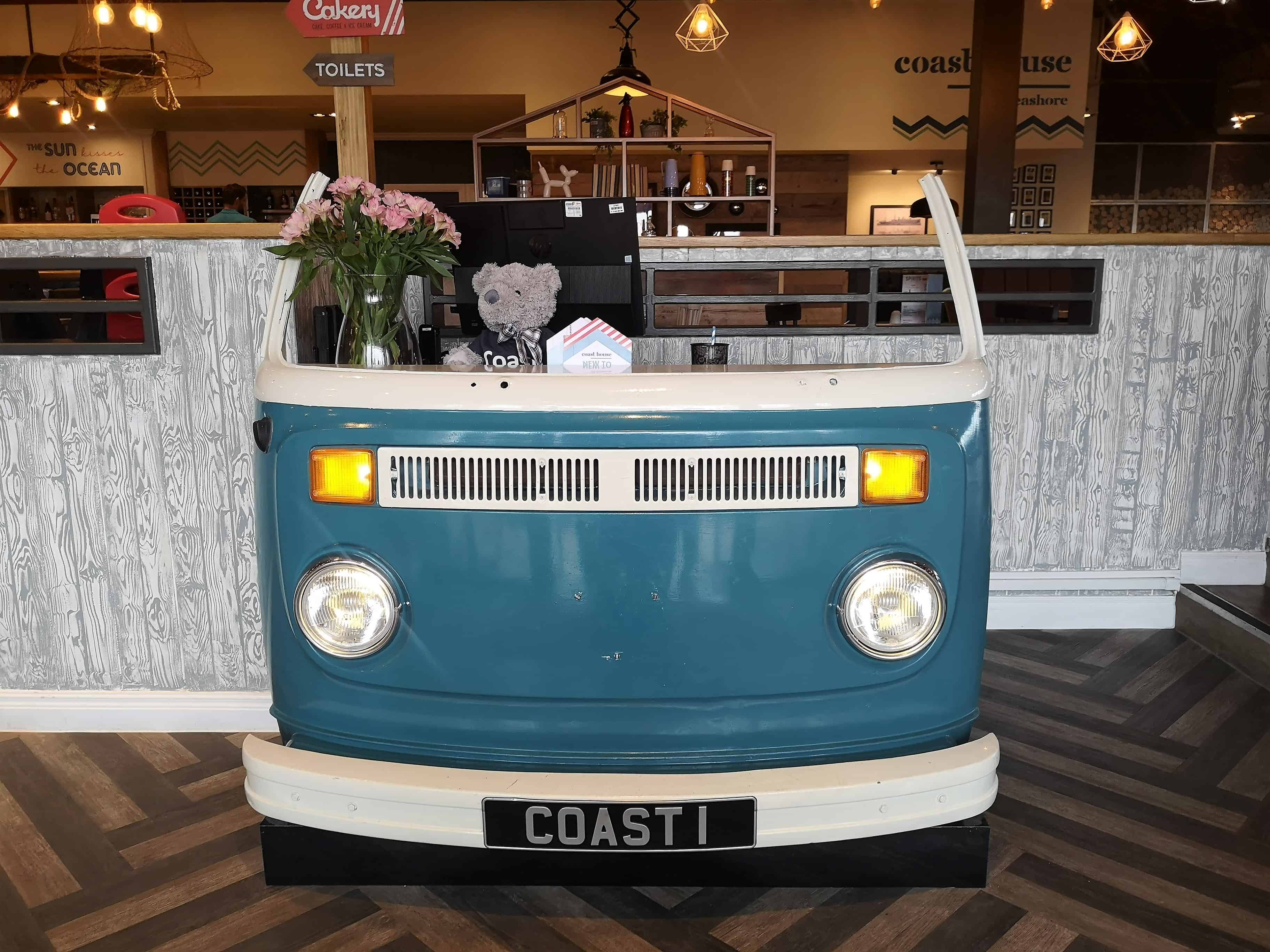 Whenever we go on holiday we always like to try to eat at the options on site, or at least at some of them. These are the options available at Haven Seashore:

The Coast House restaurant is where I was looking forward to eating at the most. The Coast House is new for 2019 and it can be found right next to the Shore Water Park. When we checked in for our holiday we were told that it is table service and you need to book in advance. You can either phone, book on the app or pop in and book a table there.

The Coast House serves classic meals such as lasagne, burgers and fish and chips as well as specialising in rotisserie chicken. We found there to be plenty of choice on the menu and there was at least a couple of dishes that we could have all picked. The prices are roughly what you’d expect in a place like this but we didn’t think anything was overpriced at all. There is also a great children’s menu with options for both under 6s and over 6s.

During our visit we found the service to be exceptional and the food was done to a really high standard. Sometimes in places like this you expect to have something like Wetherspoons quality but that’s really not the case. The portions were very generous and the food was really delicious. 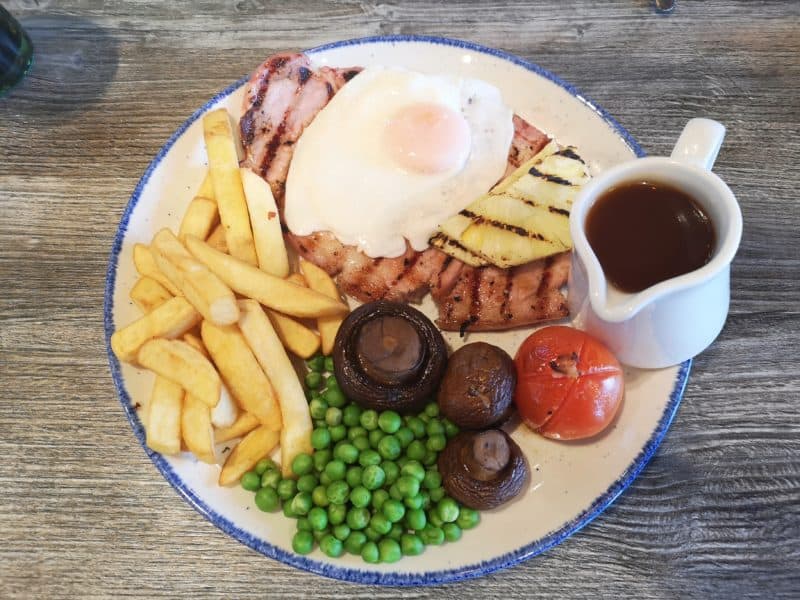 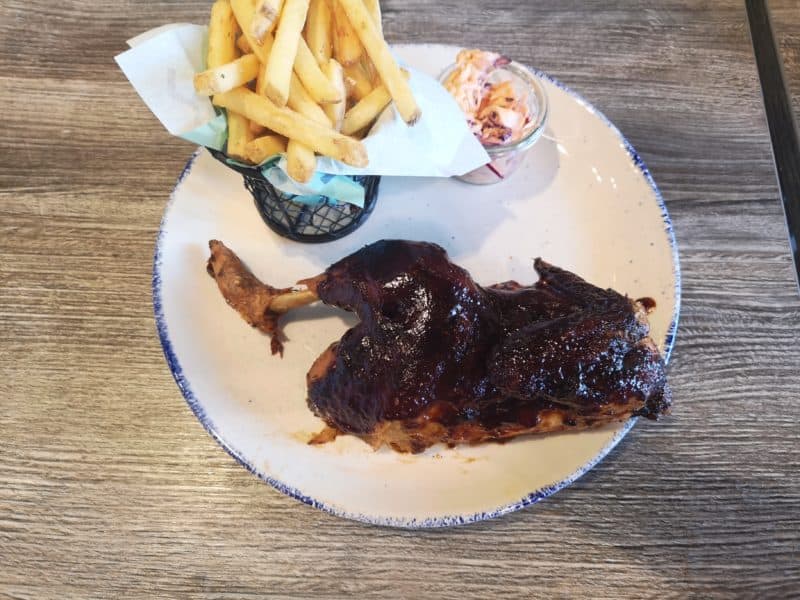 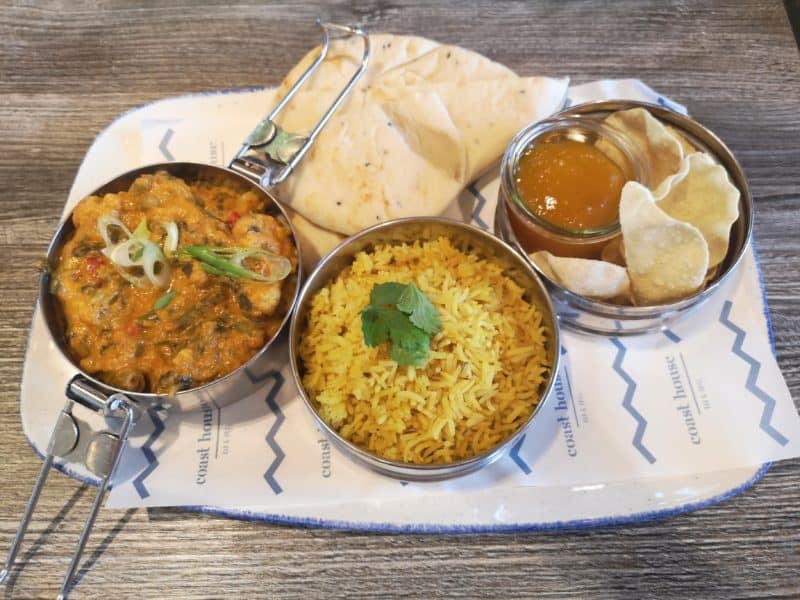 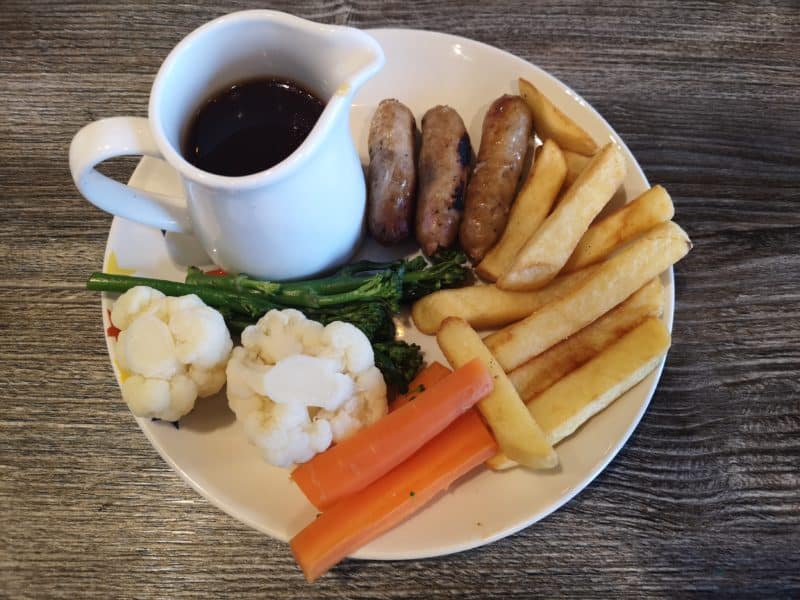 Inside the new building where the Coast House restaurant is there is also a Cakery. You don’t need to book to go to the Cakery so you can just turn up and grab yourself a seat. Here, you can get a hot drink, milkshake, ice-cream or massive slice of cake.

The slices of cake here are probably the biggest I’ve seen anywhere but they do cost £4.99 per slice. 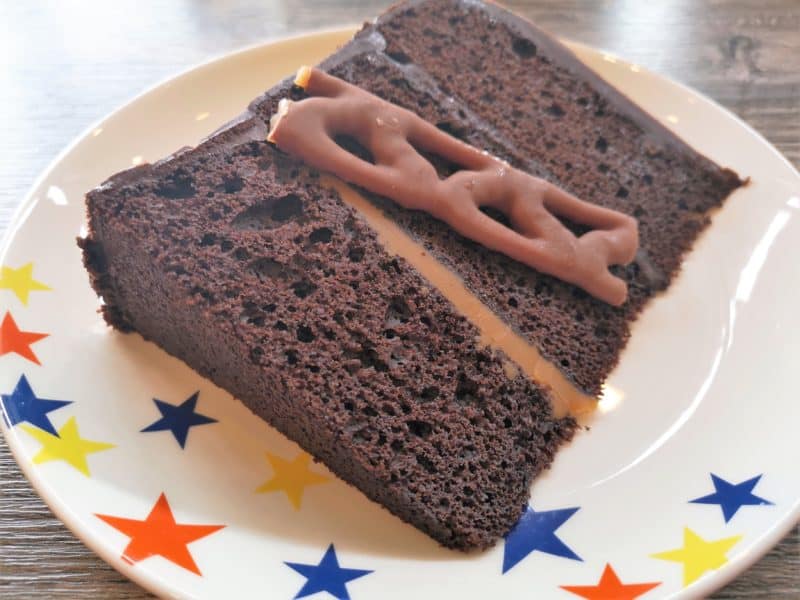 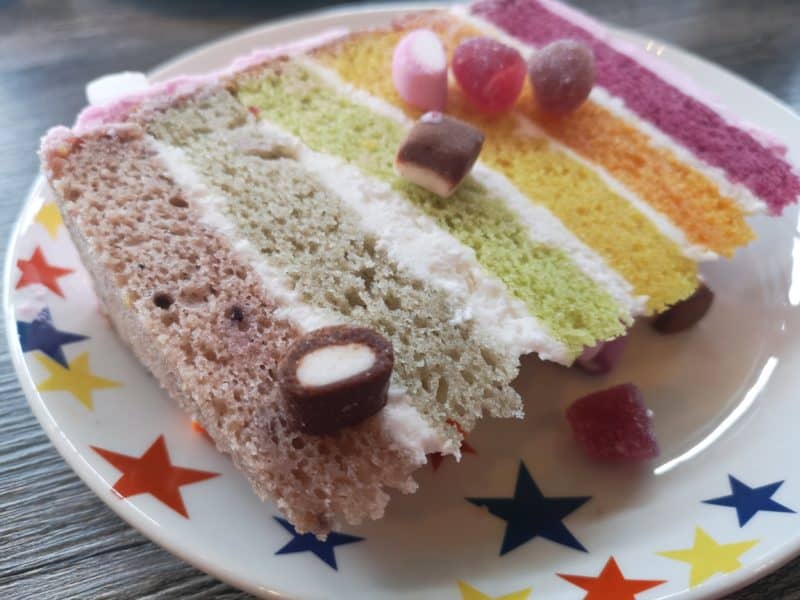 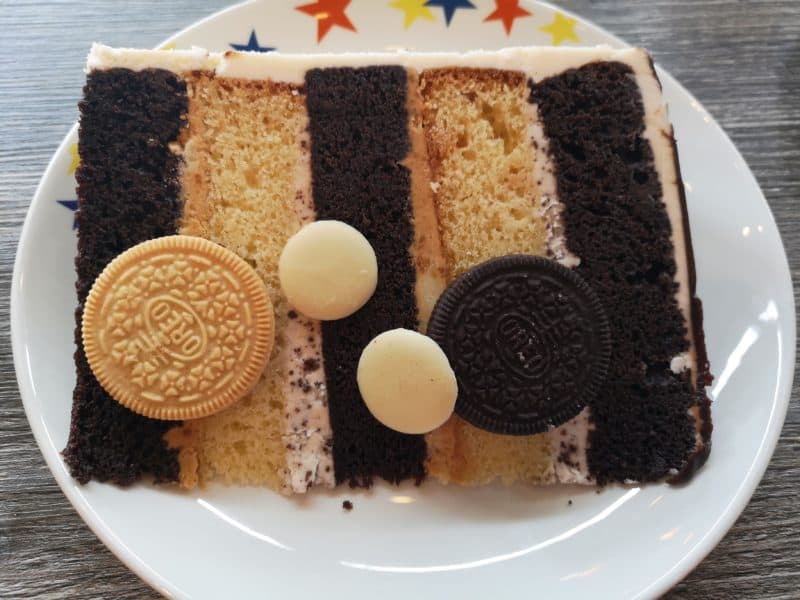 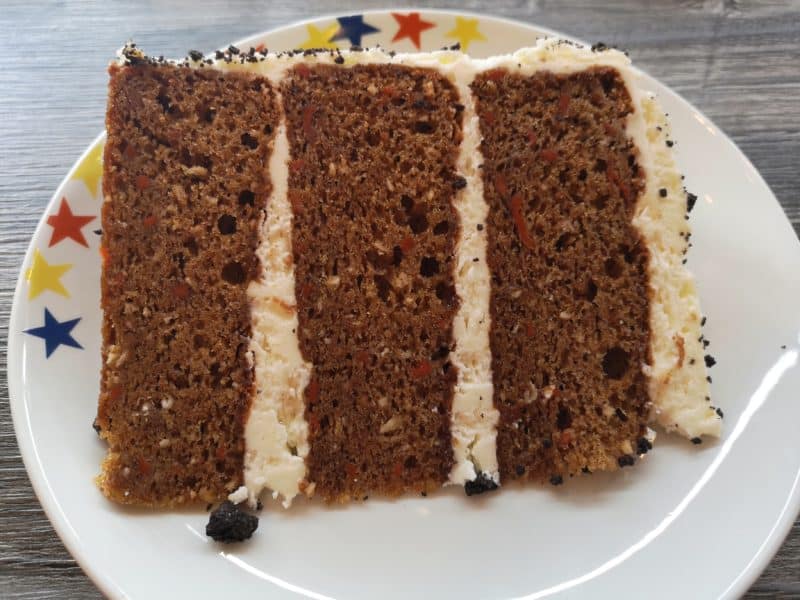 Sometimes when you’re on holiday you don’t want to eat out but instead chill out in the holiday home. Haven Seashore has a Papa John’s on site and they deliver to your caravan for orders over £10. At this time, Erin had never had a takeaway before and she was really excited about the idea of someone bringing food to us at the caravan.

We ordered our food at around 5pm and it took 25 minutes. When we ordered we were told how much it came to and also how long we would have to wait so this was really helpful with Erin telling me she was starving!

Papa John’s had quite a few offers on during our visit, all of which can be found on the menu (it’s not online so you need to pick one up). We decided to order an XXL cheese and tomato pizza with a stuffed crust, double potato wedges and a few extra dipping sauces and this came to just over £25.

For me, the pizza was a lot better than the potato wedges and the stuffed crust was well worth paying a little bit extra for. Our pizza was hot and fresh when it arrived and I think it was the perfect size for us (3 adults and a 3 year old). 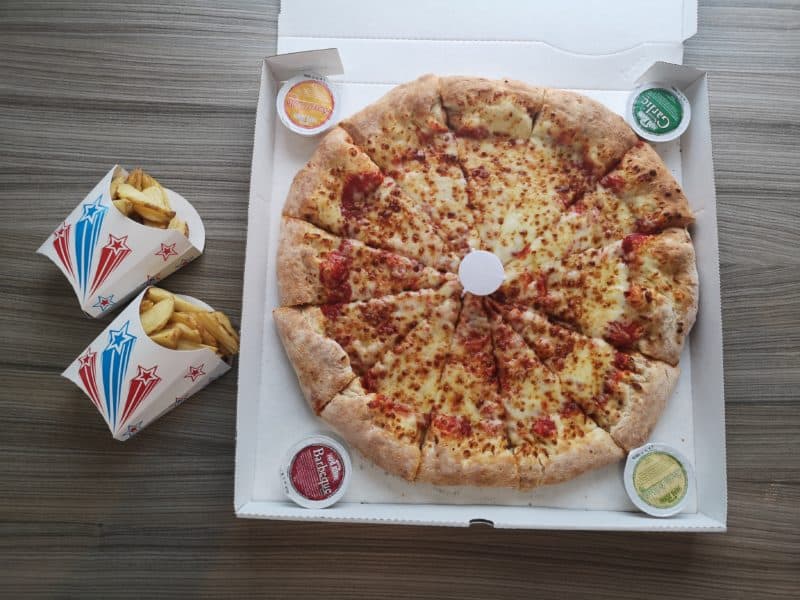 Obviously as a self-catering holiday you don’t have to eat out at all if you don’t want to. The caravans come with fully equipped kitchens so you can cook there every day if you like. Sometimes it can be hard to know what food to bring with you though or you might forget something important.

Haven Seashore has a Nisa shop on site and it’s quite well stocked. We found that things like yogurts and sandwich fillings were not very well stocked but you could easily get anything from chicken nuggets to cereal to cakes and crisps. Prices were really varied and some things were much better value than others. However, it’s nice to be able to get fresh fruit etc. and also sweet treats like cakes and doughnuts from the bakery section!

Haven Seashore also has a Burger King but we didn’t eat here during our visit. It can be found near the Live Lounge and next to Papa John’s. 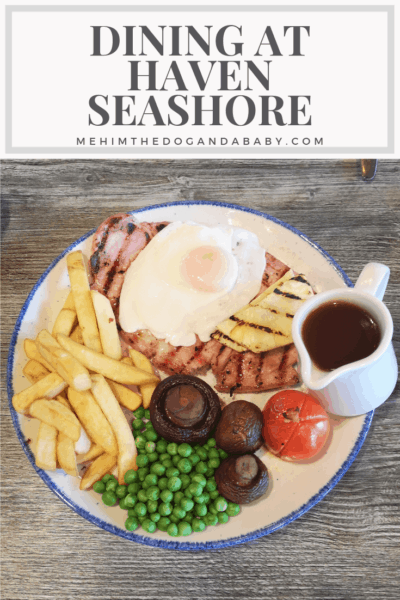 10 thoughts on “Dining At Haven Seashore”