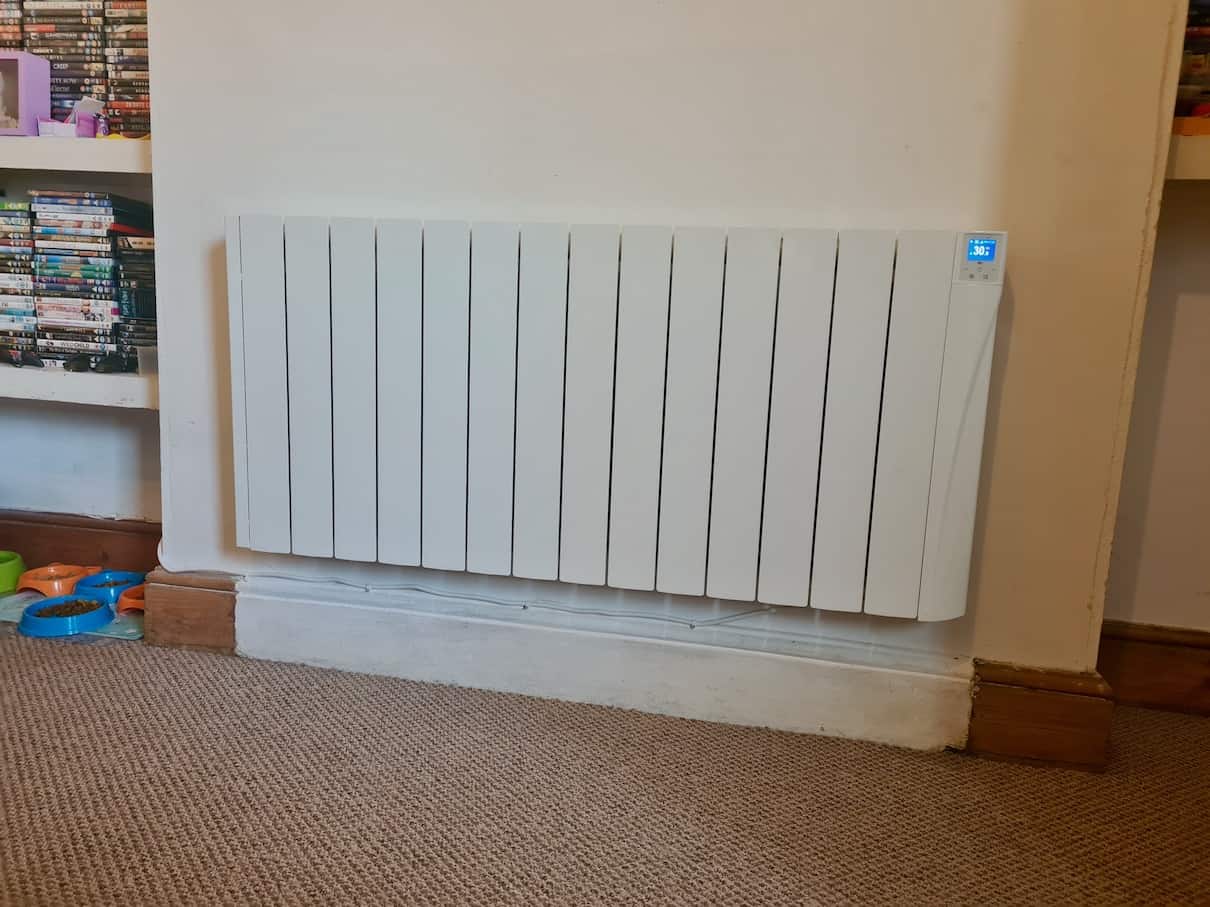 One of the things that I have always hated about our house is the heating system. We have an old boiler (a huge tank) and there was night storage heaters in most rooms. As much as we would love to, we’ve just not had the money to move over to a combi boiler and central heating.

In 2020 we switched our energy supplier from Scottish Power to Bulb and somehow, all of our storage heaters ended up stopping working. We think it’s something to do with Economy 7 but we still haven’t gotten to the bottom of it. Anyway, as this happened quite close to winter we knew that we had to do something as the house gets really cold.

After some research, we chose two Harmoni Lugo+ electric radiators; one large and one small. These cost us £740 for both plus paying an electrician to fit them for us. At this time, we knew that electric radiators were going to an an expensive option to run, compared with gas central heating but we didn’t have much choice.

I wrote a post about making the switch in December 2020 and have since had a few questions about how much the radiators actually cost to run. I thought it would be easiest to show the difference between our electric bills. Below you will see our bills from when we first switched to Bulb in the summer to our bill for January to February 2021.

As you can see, the difference in the amount are quite different and the electric radiators really bump up the bills. I must mention here that these are our only source of heating apart from one portable heater that we use upstairs now and again.

Although these prices are quite a lot more than our summer bills we have been quite careful when using the radiators. We barely ever use the small radiator and mostly only have the large one on. When Erin is at school we try to make sure it’s not on during the day although some days we have had it on from around 11am until 11pm. We also had the big radiator on a lot more than normal during Storm Darcy in February as it was so cold.

When we moved to Bulb they gave us a suggested direct debit amount based on the figures we gave them from Scottish Power. To start with we were paying roughly £105 a month even though we weren’t using that much energy. Our storage heaters always increased our bill in winter so I’d let the account build up a bit so we had extra ready. We also had a referral payment added to our account as someone we knew also joined Bulb through us. As of December 2020 we increased our monthly payment to £120. At this amount, we will be able to build up some credit throughout the year to cover the increase next winter.

Would I recommend electric radiators?

This is honestly a bit of a hard question to answer. I actually really like our electric storage heaters and they look nice in our living room. They were an easy option for a replacement without having to make a massive switch to gas.

I like that we can control the temperature easily and that they can be turned on and off when we want, even programmable if you want to and can be used with an app. This saves us having night storage heaters on all the time like we did before.

Running the radiators are quite expensive and we are careful with how we use them. However, we do need to replace storage heaters in the bedrooms and these would cost roughly £400 each (including electrician’s fees) and they would be easily installed. They also wouldn’t be used very much so therefore wouldn’t add a massive amount to our winter bills. 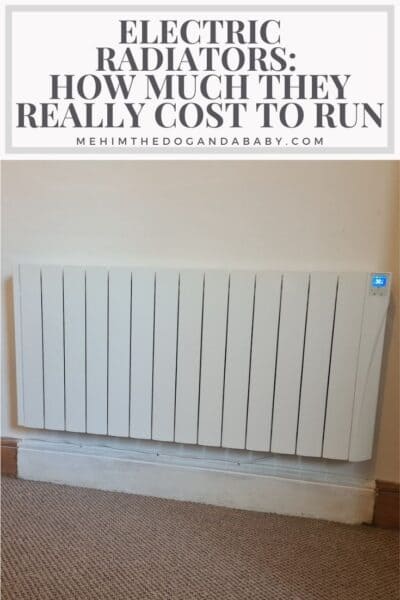