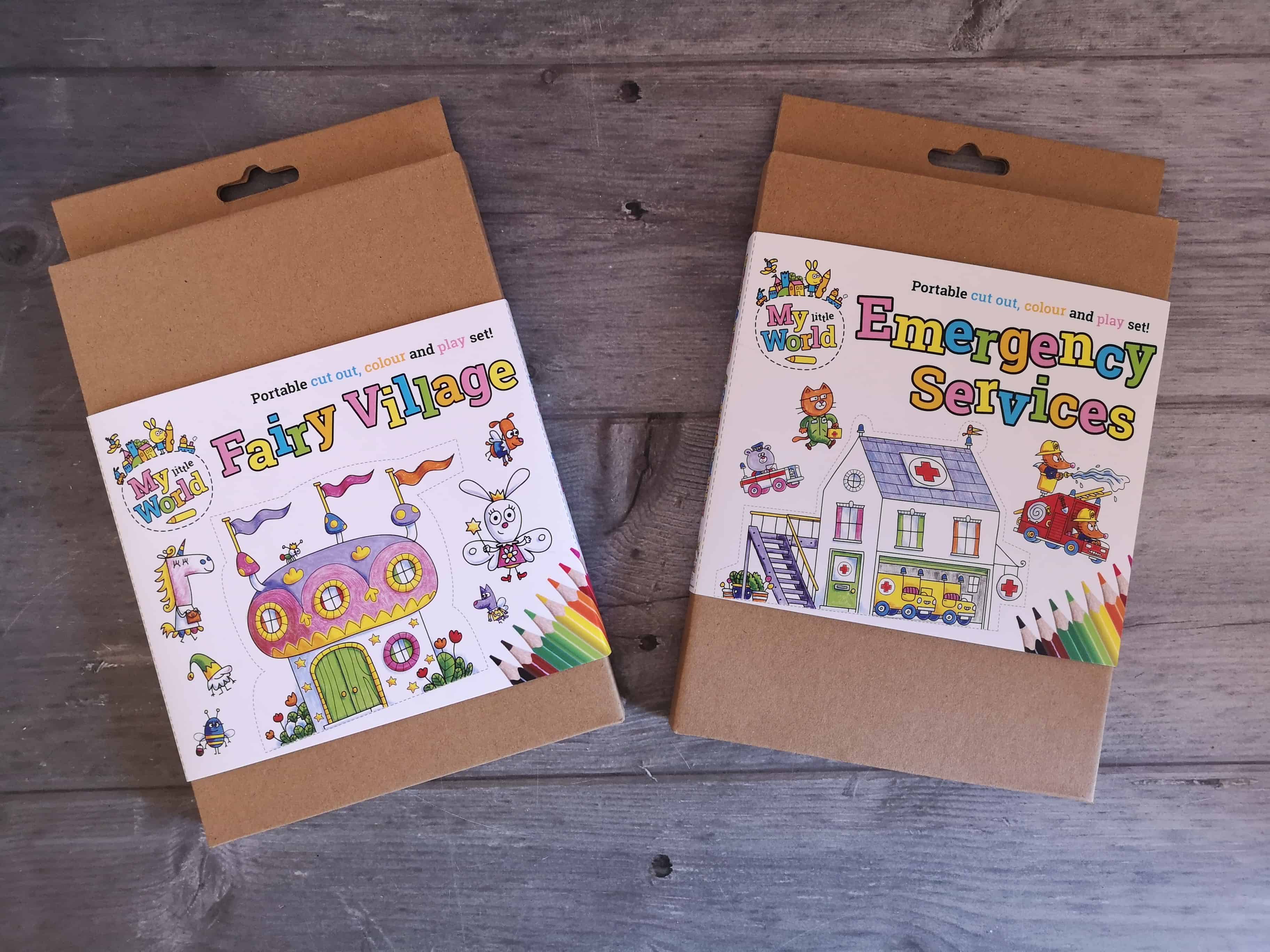 During the week when Erin is at nursery I know that she is doing lots of fun and creative things with her friends and teachers and I don’t have to worry about screen time. However, now that we’re in the middle of the summer holidays I am constantly looking for new things to do with Erin that don’t include sitting and watching videos on YouTube too often. While I have no problem with Erin using her tablet for some down time I obviously don’t like her being on it all of the time. I was recently introduced to My Little World, a company who have created imaginative sets for children where all you need are colouring pencils and a pair of scissors to complete them!

The My Little World sets are aimed at children aged 5+ so they’re a little bit out of Erin’s age range at the moment. Each set costs £4.99 and there are 6 different settings to choose from. We were sent the Fairy Village and Emergency Services sets to see what they were like. 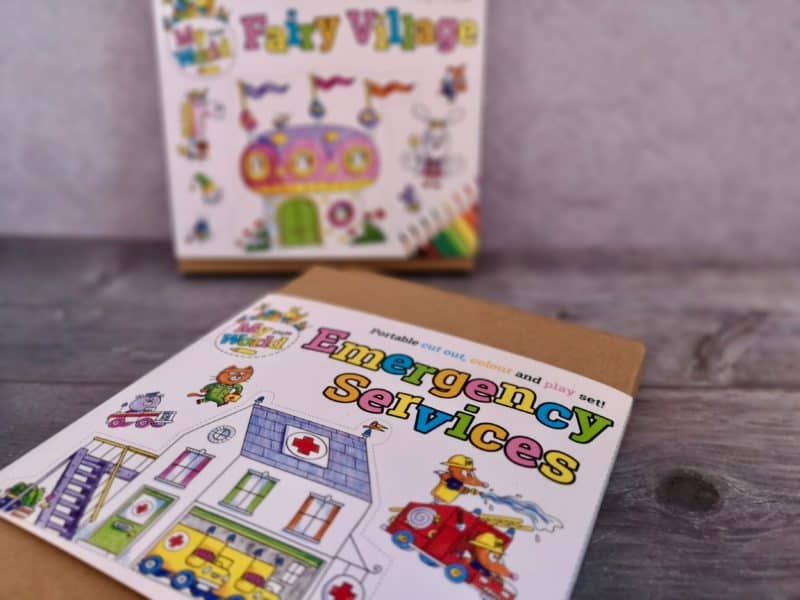 Each set comes packaged in a cardboard containing a pack of colouring pencils as well as a range of sheets with different buildings, characters and vehicles printed on them. These cards are what make up the ‘little world’ inside the box after they have been coloured in and cut out. 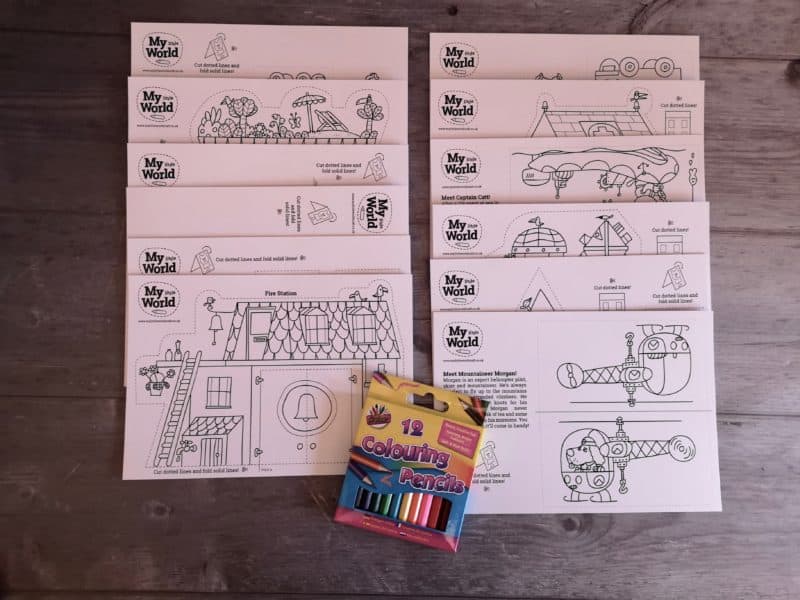 I really love how detailed the sets are and what’s included. The Emergency Services set includes the following: Erin really loves anything to do with the police and doctors but some of the other emergency services she hasn’t heard of before. The cards have explanations about who the characters are, what job they do and what that means. It’s a lovely thing that the sets are educational and help children to learn about something new. I think it also helps to create a world that the children can play with over and over again and come up with different scenarios for the characters. 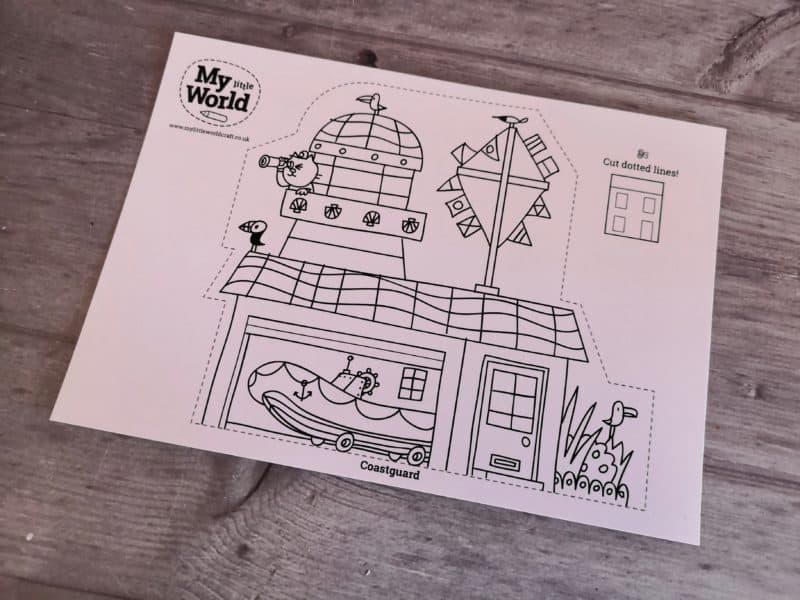 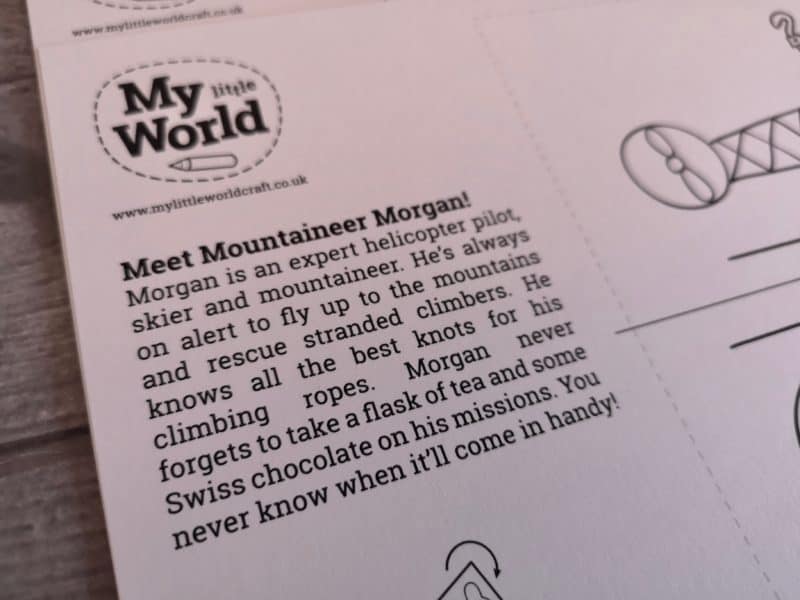 The My Little World sets offer hours of fun for the child playing with it. Each card needs colouring in and cutting out before the sets are really finished. Children can sit and do as much as they like in one sitting or they could spread it out over a few days or weeks. The My Little World sets are well worth the £4.99 they cost considering how much time it will entertain someone for. The sets can also be played with over and over again!

If you fancy trying out some of these sets then you can get 25% off by using the discount code ‘TheDog’ on the My Little World shop. 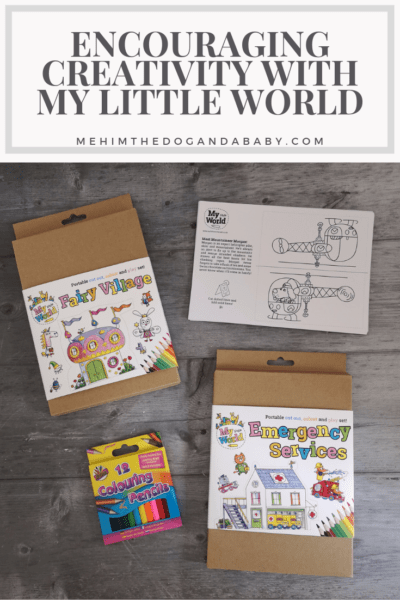 6 thoughts on “Encouraging Creativity With My Little World”