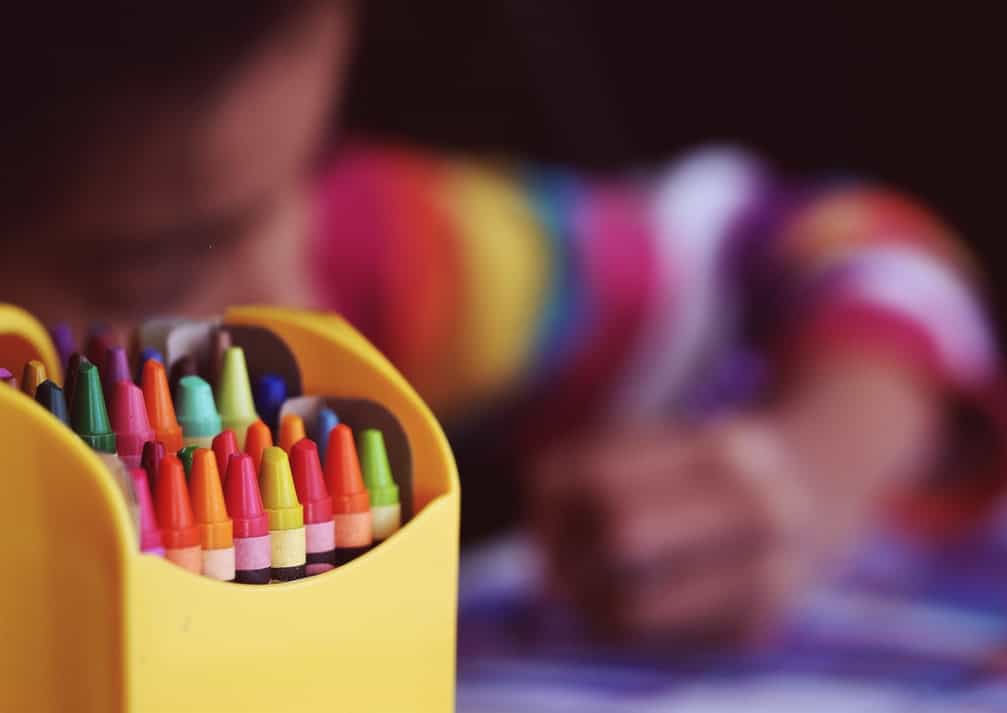 Being at home for 10+ weeks and trying to homeschool a 4 year old is really hard, especially when you’re not a teacher. Although we started off well, keeping to a loose routine and making sure Erin did plenty of educational activities every day it sadly didn’t last long. Erin wasn’t really a fan of how we did things, which might be down to the fact that she attends a Montessori nursery and they do things a little bit differently there. There’s no sitting at a dining table and working on sheets filled with letters to learn how to write.

Erin very quickly started to get upset about trying to do tasks she found really hard. She wasn’t having fun and it was making all of us more stressed and upset than it needed to. It’s a lot of pressure for parents who have no idea what they’re doing, especially with social media showing so many families with amazing timetables and Insta-perfect crafts. So after a few weeks we kind of gave up and tried to make sure Erin was at least doing 1 or 2 things a day that were both fun and educational. We would try to play games that included numbers or make patterns out of building blocks.

Although Erin did much better in a more relaxed environment at home I knew that it wasn’t really enough for her. Erin has been going to nursery since she was 2 and for all of her first year she went all year round, so all school holidays too. For 4 days a week she is so used to getting ready for school in the morning and then having a great day with her teachers and friends, then a routine again when she gets home. All of that obviously went out of the window and I don’t really think Erin figured out how to cope with it all very well.

When the government announced that schools could reopen on 1st June for early years and some year groups we had a big decision to make. I am self-employed and work from home and my Mum also lives with us so really, we have the time to be home during the day with Erin. I have personally been struggling for many reasons over the last 10 weeks. As someone who really struggles with depression and anxiety things had gotten a bit too much for me recently. Having to work from 7 or 8pm after Erin went to bed meant being up super late to get anything done. I have been tired all the time, a lot grumpier than normal and a lot more short tempered. None of this was fair on Erin and I hated being such a shouty parent with very little patience. None of this was Erin’s fault either, she is just in the middle of a rubbish situation.

It hasn’t only been me who has lashed out a bit when things got rough. Erin’s behaviour seemed to have really started to change over the last few weeks. She’s started really stamping her feet, screaming when something is bothering her, crying a lot and acting out when she gets stressed or upset. We haven’t ever had any of this from her before and I know with all the changes recently, she’s bound to be emotional. Some days it has been so hard to get her to calm down, to talk to us about what has been bothering her and that’s been so hard for us all.

So, when we were asked if we wanted Erin to go back to nursery we said yes. We spoke about it a lot before we made the decision but we knew that it was the best thing for us all. We sat and explained to Erin that her nursery wouldn’t be the same as it was before and they there would be certain things in place to keep everyone safe. She’s been great about understanding what we tell her about COVID-19 so even with all of this she was really excited to go back. I also knew that Erin being back at nursery would reduce my stress levels and having some time to myself during the day was going to be a big bonus. 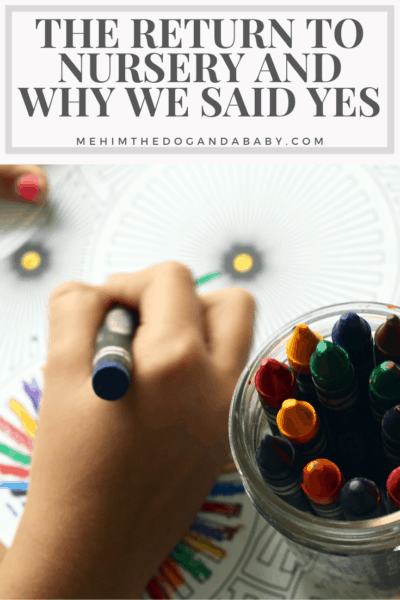