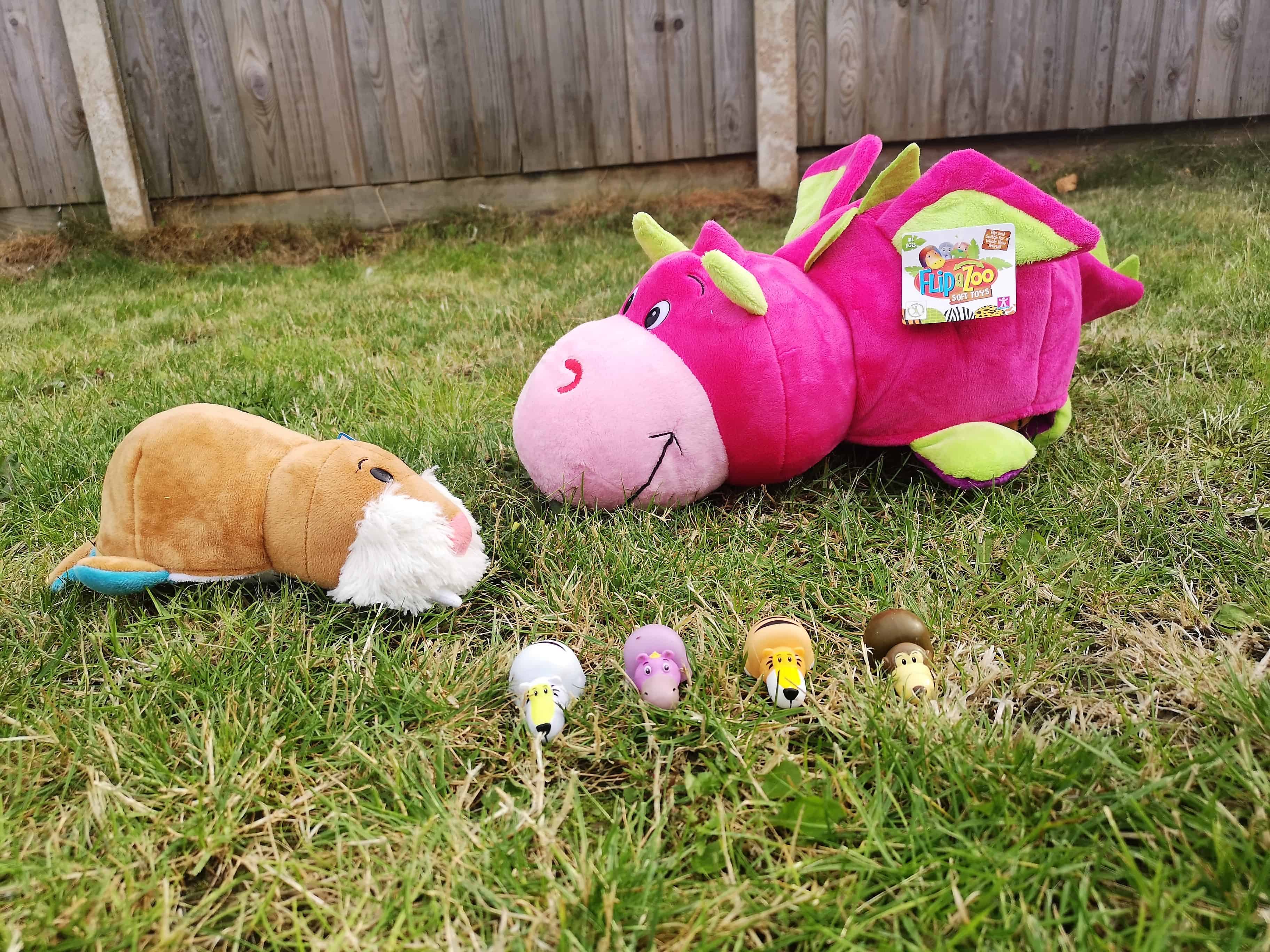 Erin is really into soft toys at the moment, which is quite surprising as it took her around 3 years to show any interest in them at all. However, with a lot of soft toys you are quite limited as to what you can do with them. We were recently introduced to FlipaZoo World though, who offer a range of toys with a bit of a difference. 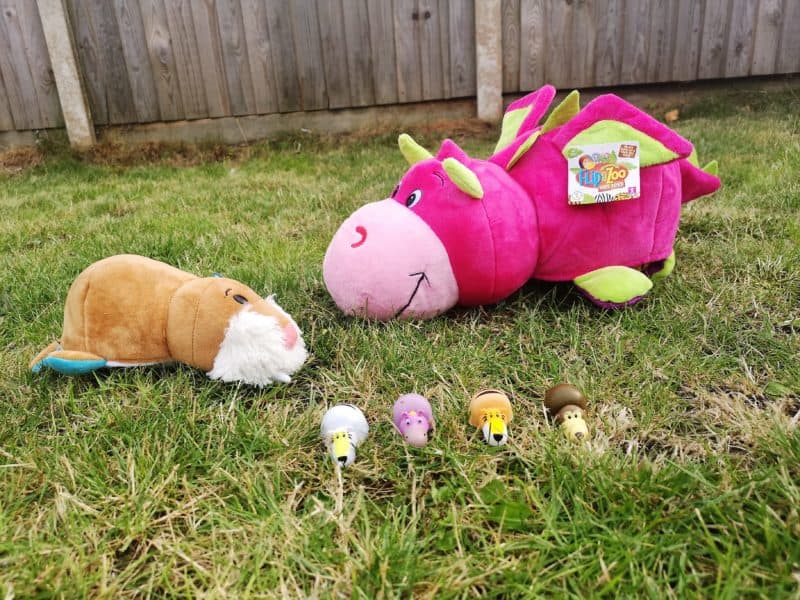 We received a selection of the new products which includes various sized plush animals as well as harder, mini sets. What makes FlipaZoo World different from other regular soft toys or sets is that they offer 2 options in 1 toy. Each of the toys can be ‘flipped’ into a different animals so you get double the fun. 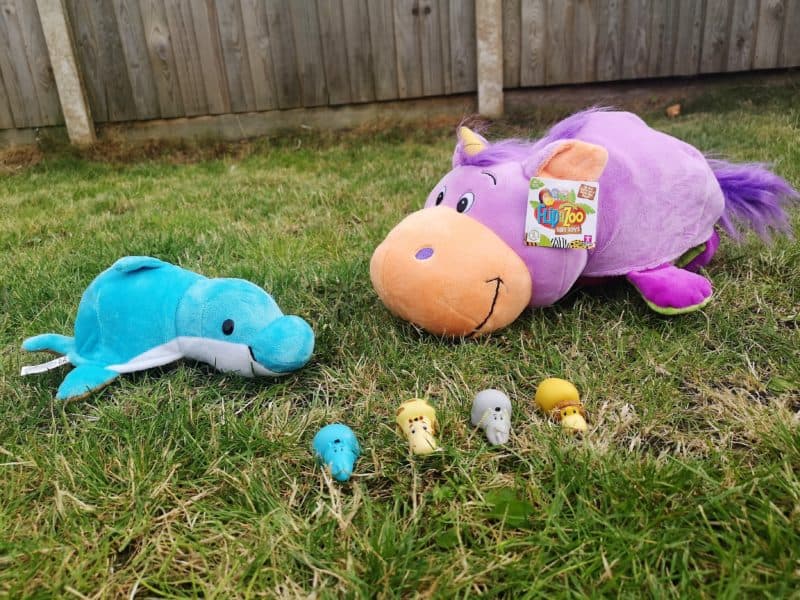 We received the unicorn/ dragon 16 inch plush and I definitely think that this was the right choice for Erin. As someone who has seen Zog about a million times since Christmas, she loves dragons. The bright pink and green plush was an instant hit and once I explained what Erin could do with it, she was even more impressed. 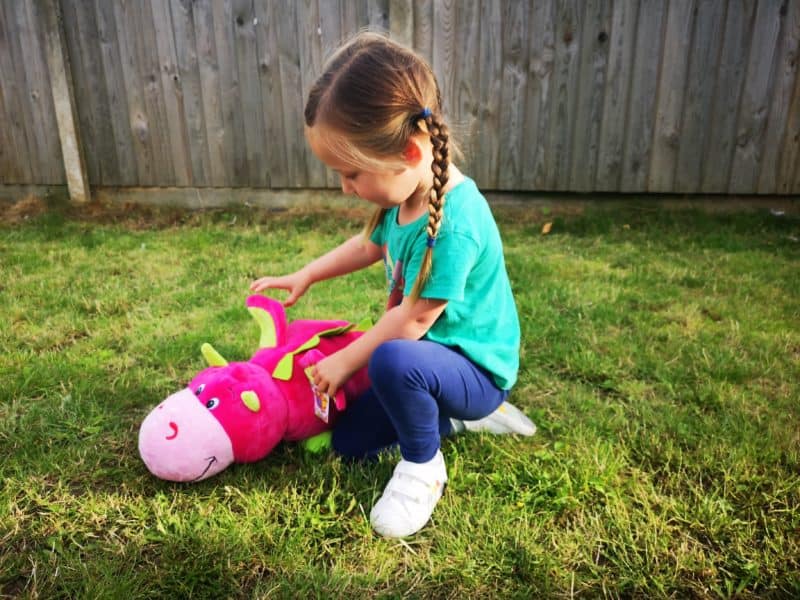 It took Erin a few tries to flip the dragon into the unicorn. The back end of the animal needs to be pulled up and pushed over it’s head which then reveals the other animal underneath. The section that needs flipping is quite large on this particular plush and even though she couldn’t do it in one go, Erin has figured out how to do it in a way that she can manage. 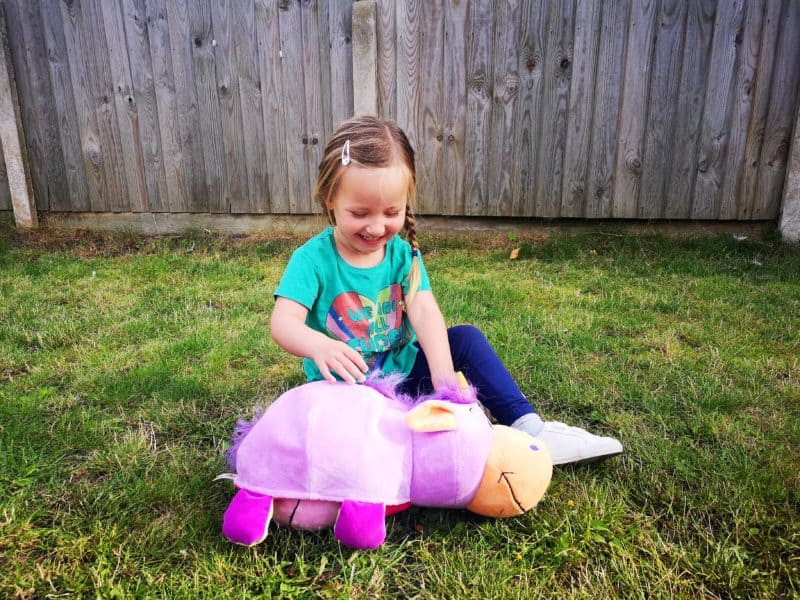 Next up we were sent a smaller 8 inch plush, which Erin quickly decided was called the baby! This particular plush started off as a walrus and flips into a dolphin. I loved that both animals were from the sea/ water kind of world so they work really well together. The walrus has a big, bushy white face and is just adorable!

Erin managed to flip the walrus into the dolphin much quicker than with the larger 16 inch plush. I don’t know if this was because it was a better size for her or because she’d already had a bit of practice with the dragon/ unicorn. 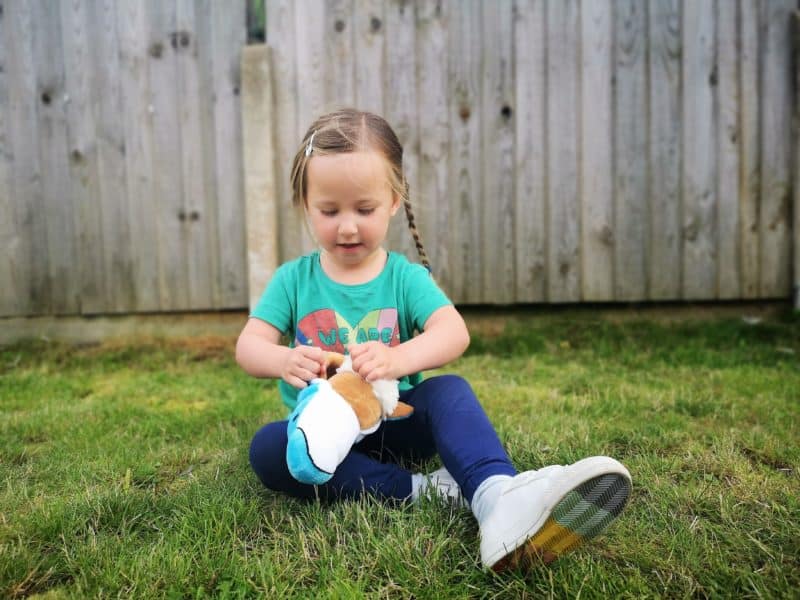 Along with the 16 inch and 8 inch plushes, we were also sent one of the Flipazoo Mini Figures Multi packs. There are 2 available and each comes with 4 minis which flips from one animal to another. Personally, I didn’t think Erin would be too bothered by the smaller set, seeing as the unicorn/ dragon was so exciting.

I was quite wrong and it turns out that Erin liked these minis the best. Being only 3, Erin still only has small hands so I think the flip action was much easier for her with this set compared to with the large plush. She spent ages flipping the animals from one to the other and then took them all on an adventure in the garden. 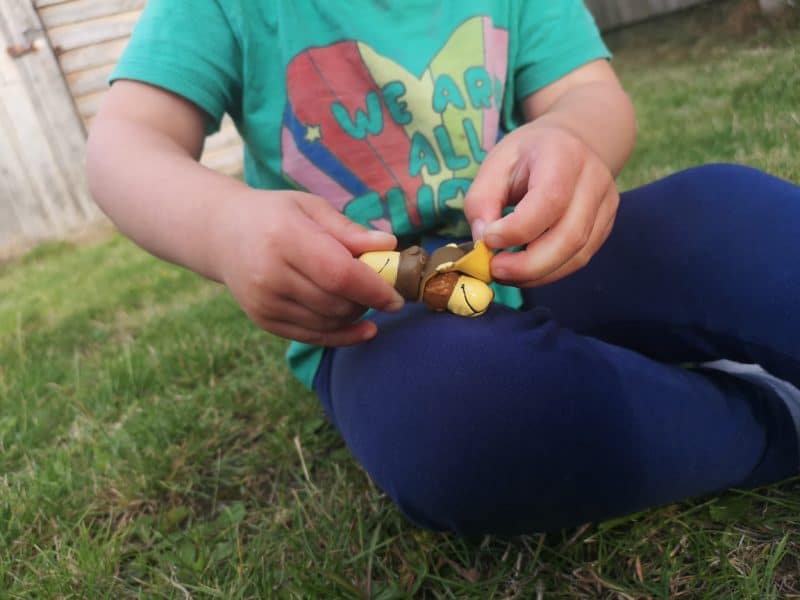 Both Erin and I are so impressed with the FlipaZoo World toys that we were sent and we are already looking to buy the other set of the minis. Erin has spent hours playing with all of the toys and creating exciting adventures for them to go on. You can easily create more ways to play with these toys due to their ability to flip into something else! 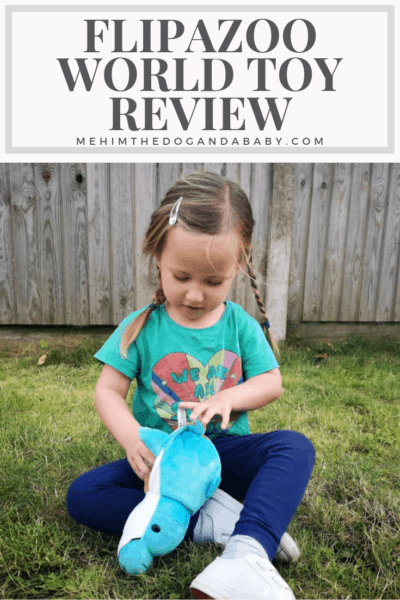