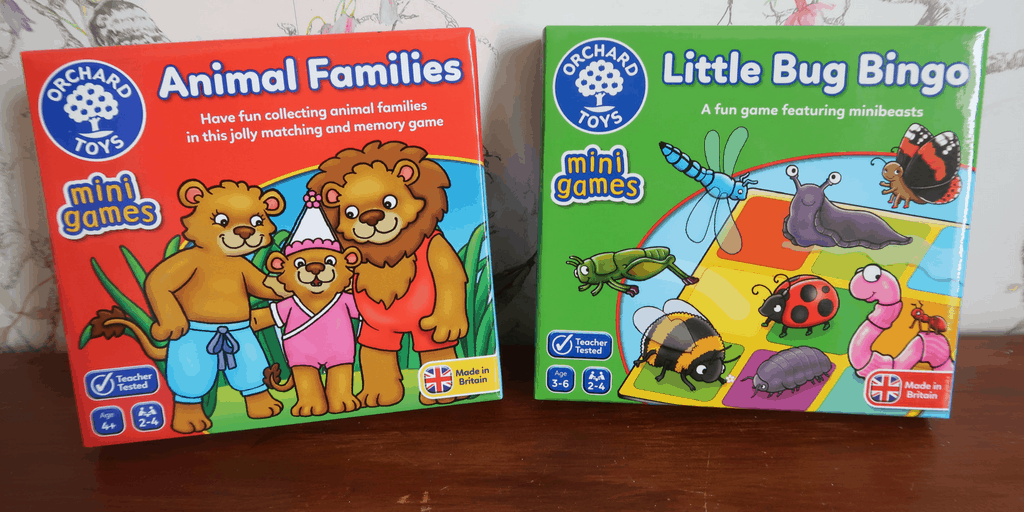 This year we have been away a few times and one of the hardest things about packing is figuring out what to take for Erin. Clothes and snacks are easy enough but some of her favourite toys are big, bulky and just not practical when we don’t drive. Orchard Toys have a range of 12 mini games, which are great for travelling or even as smaller gifts for children. We were sent 2 of the games to try out on a recent trip to London!

Erin was full of energy on the train journey from Norwich to London so we quickly opened up Little Bug Bingo for her to try. Little Bug Bingo is aimed at children ages 3-6 and for 2-4 players. The games comes with bingo cards and bug and leaf counters. You’re supposed to play this with other people and take it in turns to pick up the big counters (from them being upside down) and try to fill the bingo cards. However, Erin doesn’t really understand this yet so we played it a bit differently. 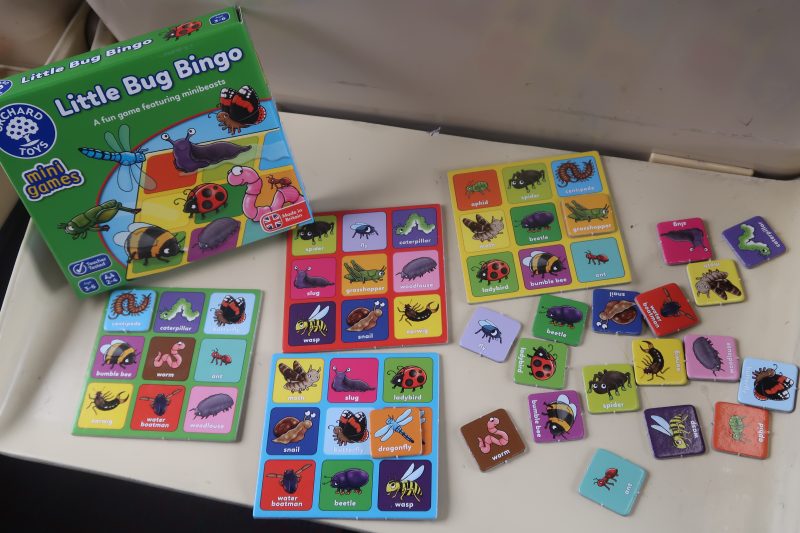 We placed all of the bug counters on the fold down table and helped Erin to pick out the different bugs and then placed them on the bingo cards. Some of the bugs she had never seen before so she was quite curious about what they all were. 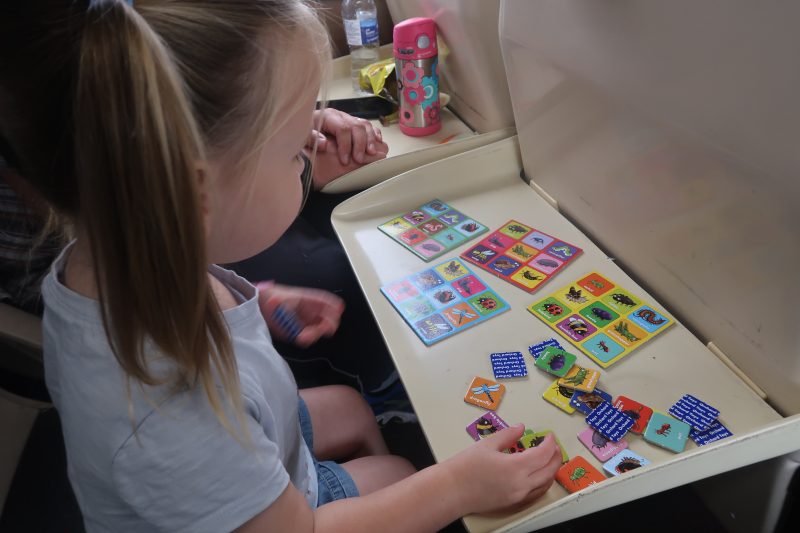 We were able to fit most of the pieces on the train table but as the counters are quite small we did end up crawling around the floor trying to find them all after Erin had flung them everywhere! However, this was a really easy game for Erin to play and it kept her busy for some time. I think it would be a really fun one to play on a larger table across from other players!

Our time in London was quite short and we were only there for one night so unfortunately we didn’t have a chance to play the other game we took with us; Animal Families. This game is aimed at children aged 4+ and for 2-4 players. 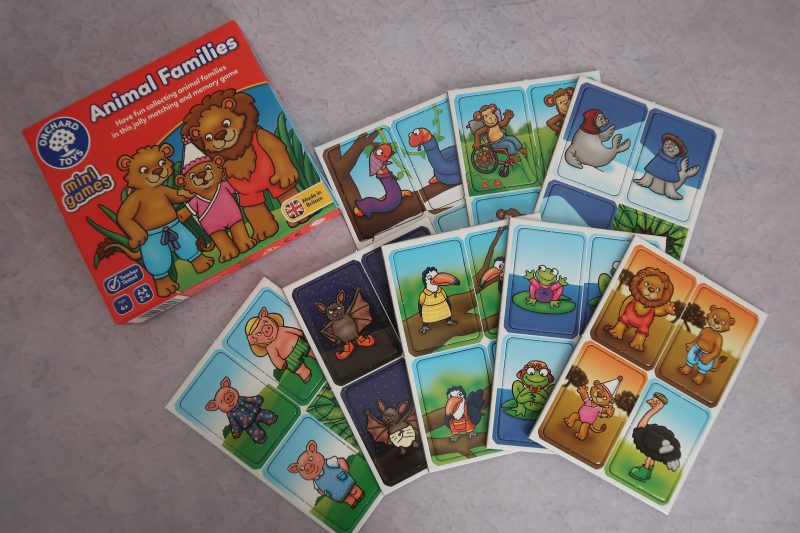 You are supposed to start the game with all of the pieces face down and take it in turn to turn over 2 of them. If the animals belong to the same family then you get to keep the cards but if not, you face them down again. The winner is the person with the most full families collected at the end of the game. 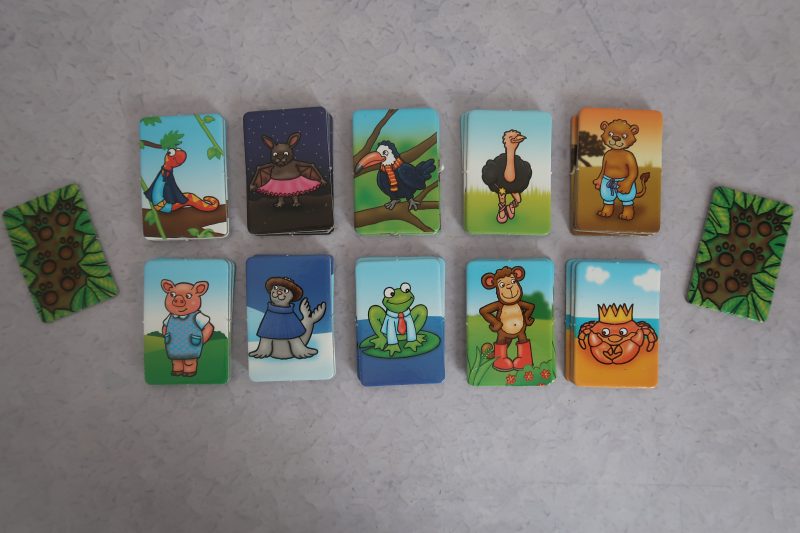 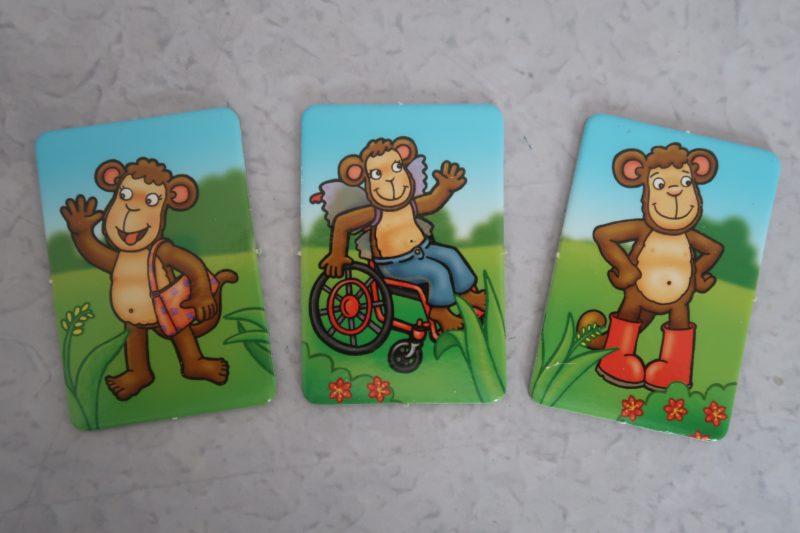 At the moment, this will be a game where we try to get Erin to match up the animals in the right families as she’s not quite old enough to play it the other way yet. With most Orchard Toys games there are multiple ways for them to be played or adapted for different ages and this is why they are so popular in our house!

The mini games cost £5 each and there are 12 to choose from at the moment. They’re such a great idea for holidays or weekends away, especially if you have some downtime in hotels and can spread out to play them.

Be sure to check out the entire mini games range! 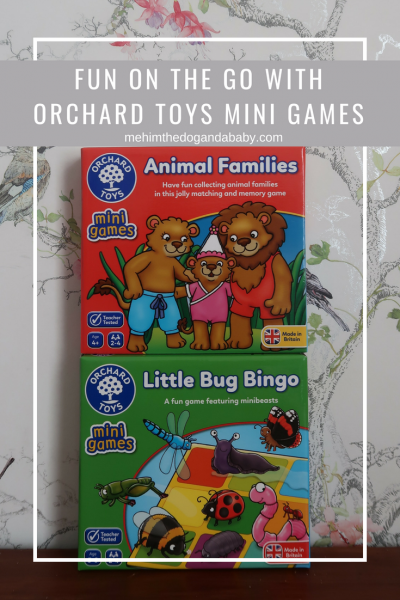