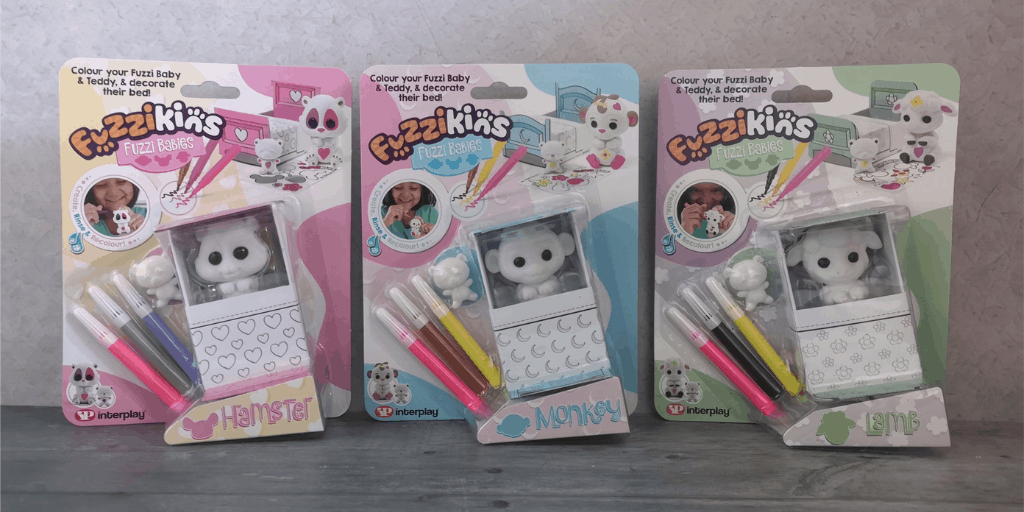 Keeping Erin busy and entertained on days when she isn’t at nursery can be quite tricky. Sometimes she has the attention span of a goldfish and only wants something quick and relatively easy to do before moving on to another activity. We were recently sent the range of Fuzzikins Fuzzi Babies for Erin to try.

Erin couldn’t wait to get stuck in and she chose the monkey to play with first. Once we had all of the pieces out of the box I explained what she could do. The Fuzzikins Fuzzi Babies are a bit different to other toys because they are designed to be coloured in with the pens provided.

This range of toys is aimed at children 3+ and as Erin is really only just 3, she wasn’t able to the colouring too carefully. However, she didn’t care at all and love getting to work on the monkey and colouring him in. The great thing about the Fuzzikins Fuzzi Babies is that you can rinse them with water once you’re done and as soon as they’re dry, you can colour them in again!

Each pack comes with 2 sheets of stickers which can be coloured in and used to decorate the sides of the bed. I really liked how much this small set could be personalised. If your child is a bit older than Erin and probably a bit more patient then they could really take some time to colour in the stickers and the bed nicely.

Erin really liked that the monkey not only came with a teddy but also his own bed. The bed is really cute and comes apart nicely so you can decorate the sides with the stickers, colour it in and also to put the animal and bear in/ out. The bed is only made from card (although quite thick) so it needs to be played with gently.

After Erin had coloured in her monkey and did all the decorating she wanted to she then happily played with the whole set. She made up her own story about what the monkey had been doing all day and why he needed to go to bed with his teddy. I personally really enjoyed watching Erin play with something in one way and then realise she could do something else all on her own.

Each of the Fuzzikins Fuzzi Babies cost less than £5 so they’re great pocket money purchases and also great for taking away with you. I’ll be taking a couple on one of our upcoming getaways.

Find out more about the Fuzzikins range here! 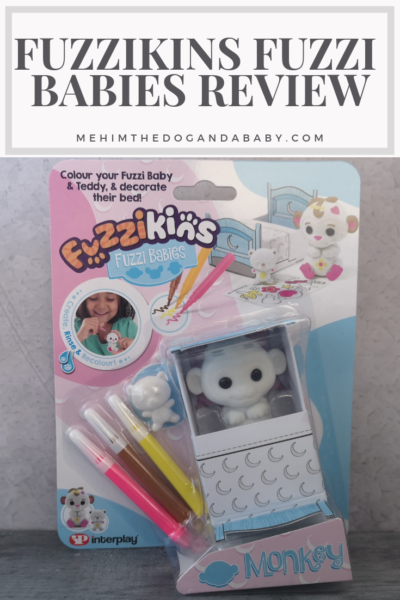