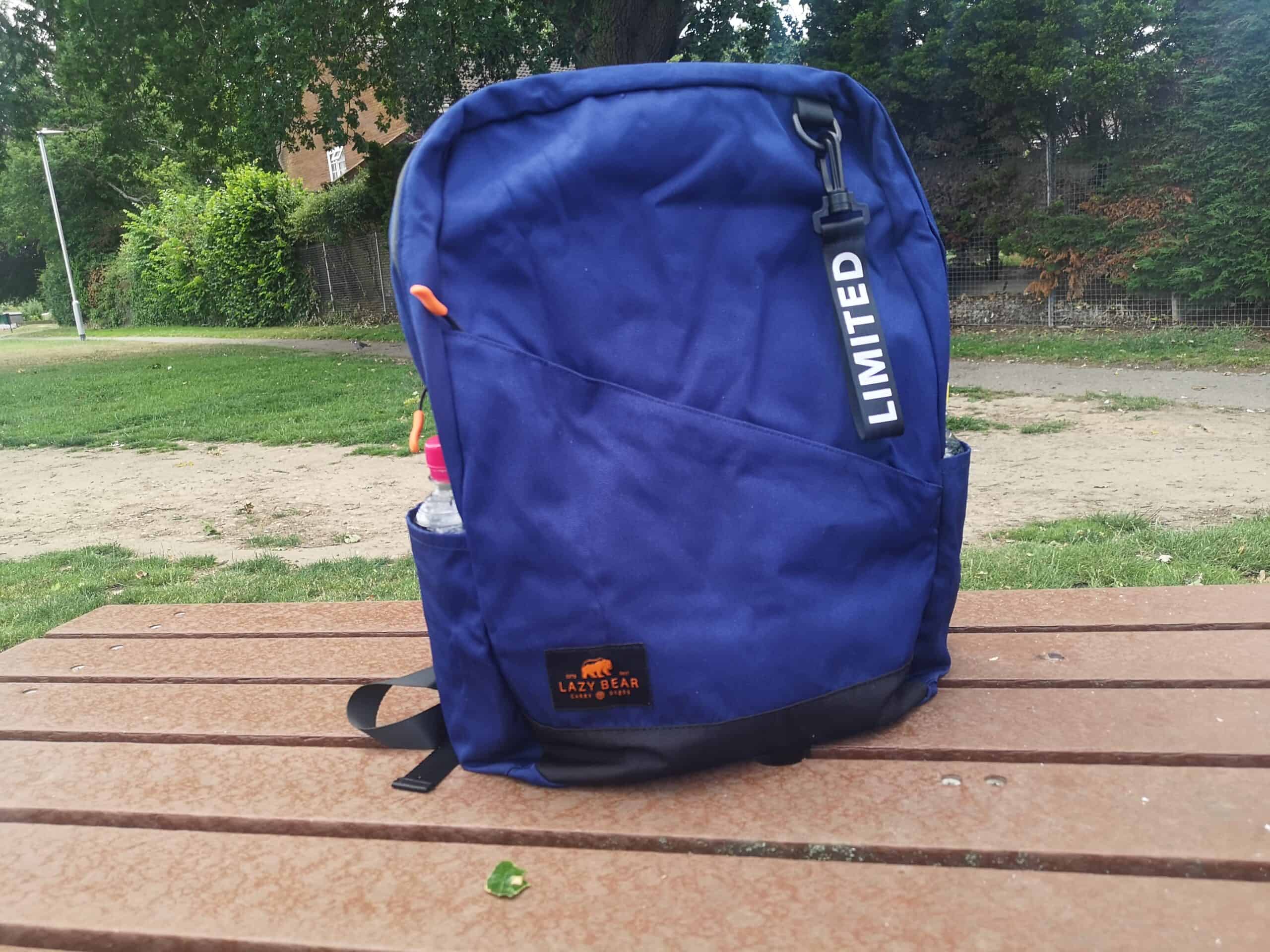 We love going out as a family, and while we’re not going quite as far at the moment, we’re still managing a few little adventures. The thing is, when you go anywhere with a 4 year old you need to take a whole host of things with you. I thought this would stop as Erin got older but it doesn’t seem as though we’re at the point yet.

One of our biggest problems, being a non-driving family is being able to carry everything we need. A lot of the time we end up taking a bag full of food and drinks out with us but once they’re gone, we’re left carrying a bulky bag with nothing in it. Something a lot more suited to us is the Lemont Blue Foldable Backpack from Trendhim. 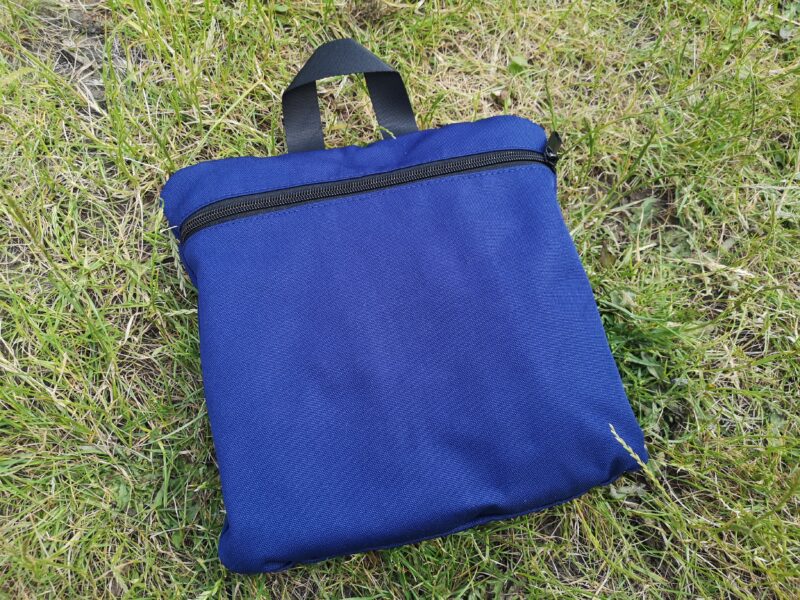 The bag starts in it’s folded state. I was surprised at just how small and flat it is at this point. We go on a fair few holidays and sometimes we need to take extra bags in our luggage and this would be great for that. It would barely take up any space and you could pack it easily, without the worry of it being too bulky. 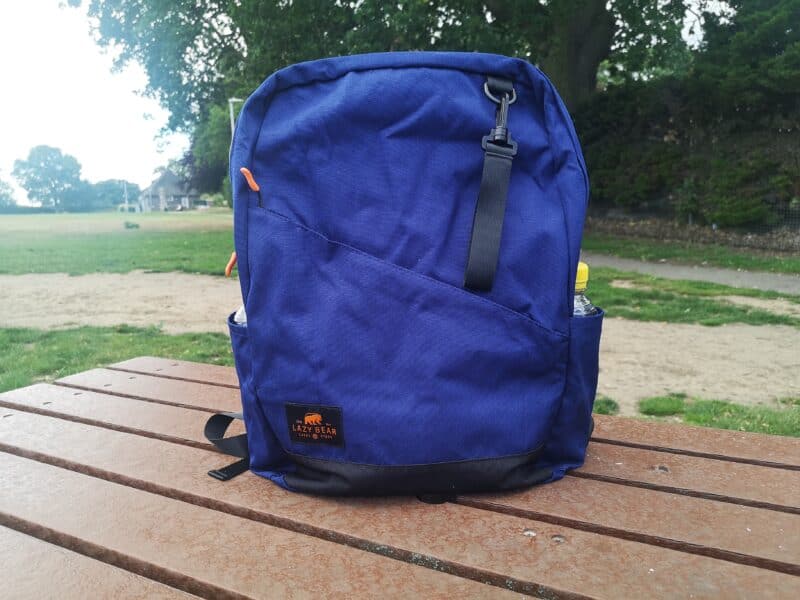 Once unfolded, the backpack is a lot bigger than I was expecting it to be. If you have a young child you’ll know that normally they want to take everything including the kitchen sink with them on a day out. Erin is exactly the same. Although we only went across the road to the park for our first use of the bag we managed to pack a picnic, multiple drinks and a football… and still had loads of space to spare! 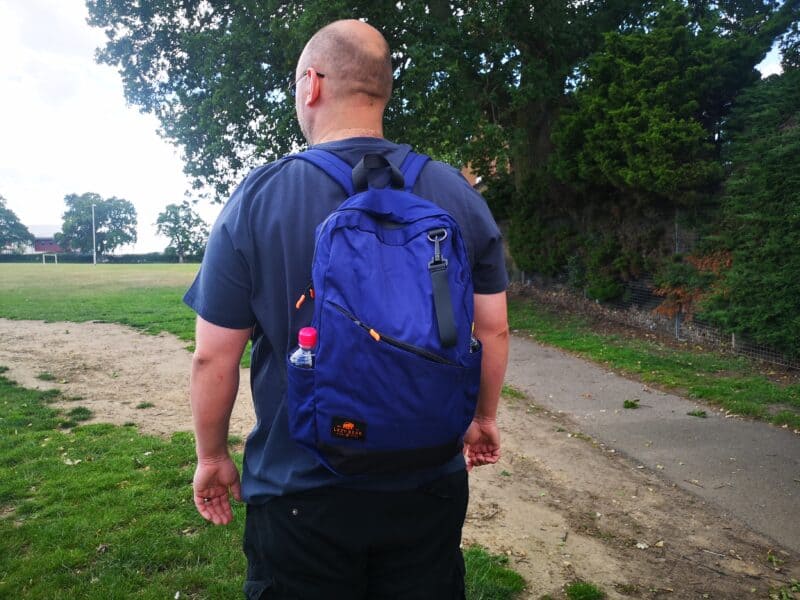 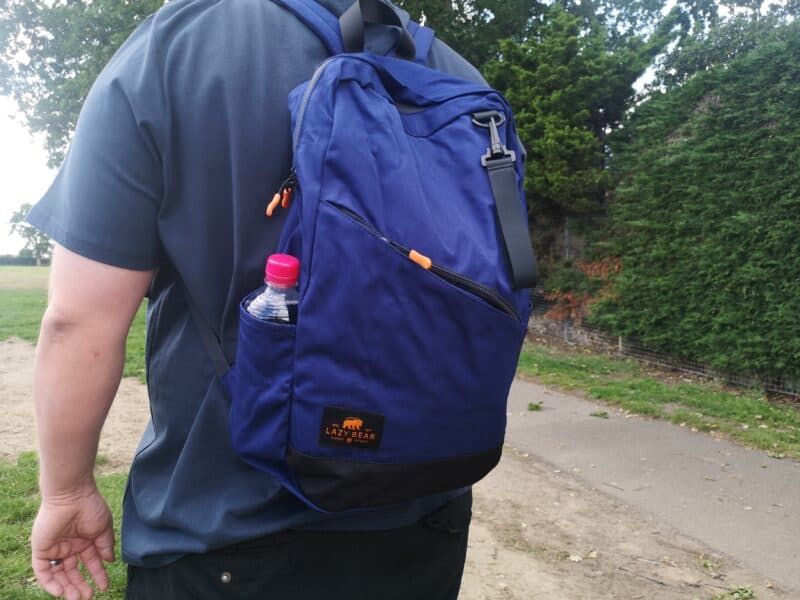 Something I love about the Lemont Blue Foldable Backpack is that there are plenty of different compartments and pockets. The bag has 2 pouches for drinks on the side as well as zip-able pockets. This is great for being able to store things like your phone or purse/ wallet but still be able to reach them easily. It’s awful trying to rummage around in a bag full of ‘stuff’, especially if it means you end up with a frustrated child because they’ve had to wait! 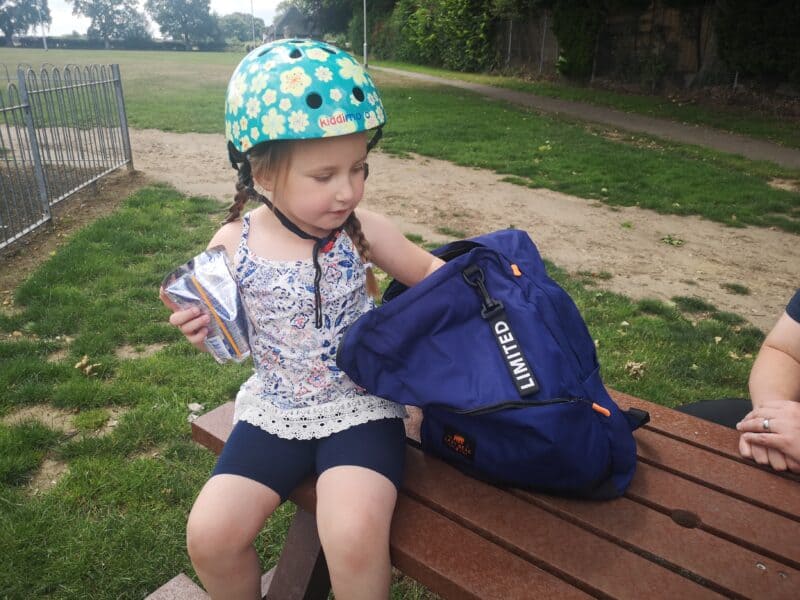 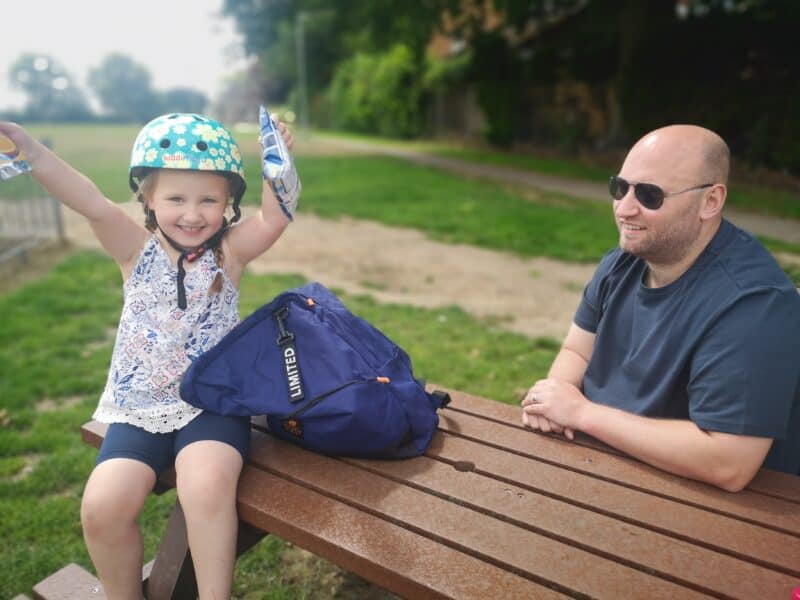 Erin was really excited to help pack the bag for our picnic. She could open it easily enough herself and she was really so surprised that we could fit a football in there! A bag like this really helps when you’re a parent because it means you can free up your hands pay more attention on what your child is doing. Sometimes it’s hard to run around after Erin, especially if we’ve got our hands full with a million other things.

Of course, if you use the bag for things such as food and drinks on a day out and you end up using it all, you can then fold the bag back inside itself to make it small again. This stops you from having to carry it around on your back and if, like us, you have a pushchair with you a lot, it’s easy to store away too! 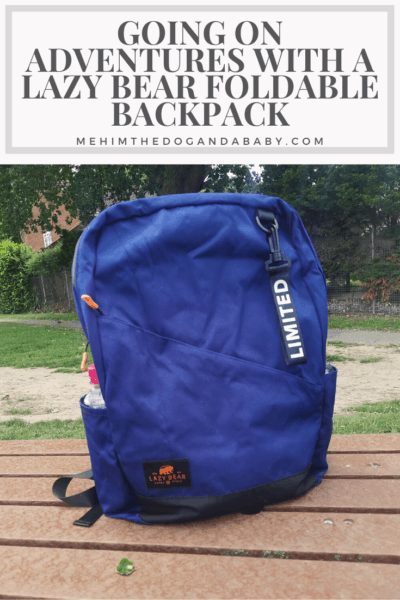