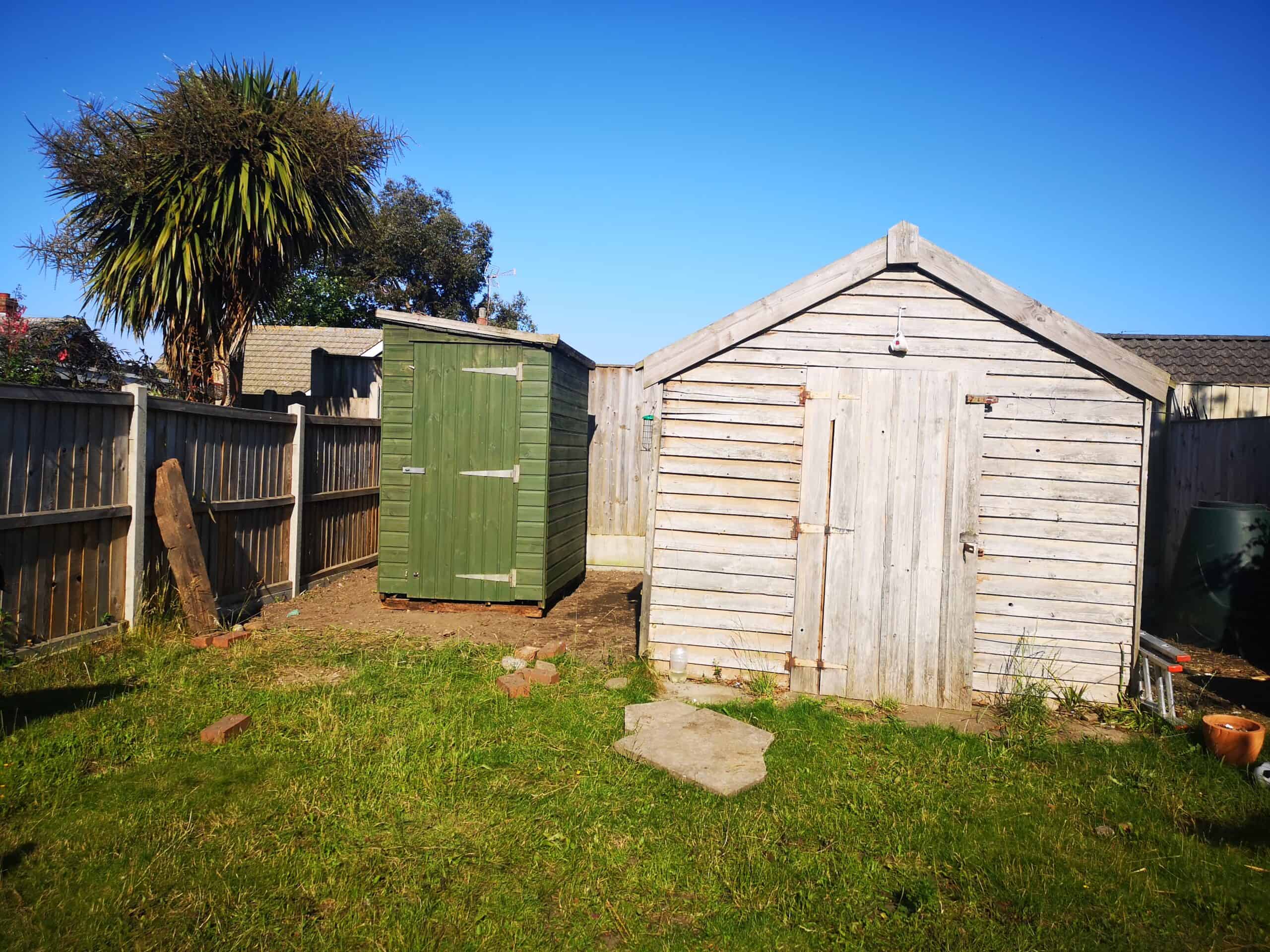 When we moved into this house something we were quite excited about was having a large shed. We’d never had an actual garden before so having a huge 8×6 (I think) shed sounded like a great thing for us. However, we soon realised that not only did we not need that much space but we also managed to fill it with so much rubbish that we had to have someone come to remove it all for us… twice. We don’t drive so taking things to the tip ourselves wasn’t an option but it did mean shelling out £140. 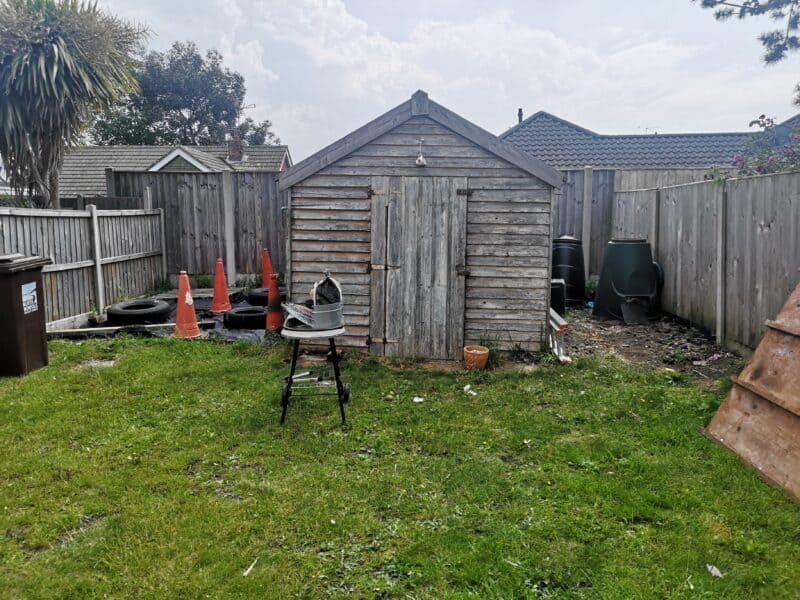 A couple of weeks ago our next door neighbour asked if we wanted a new shed. Well, his old shed but obviously new to us. He was planning to replace it with a greenhouse and didn’t want it any more. It is a much smaller shed than we had so we snapped his hand off. We had a bit of time to prepare for where we wanted to put it and this meant digging over an area of land (next to the old shed) and making it as level as possible. This was hard work, especially in the heat that we’d been having at the time. But, we got there in the end. 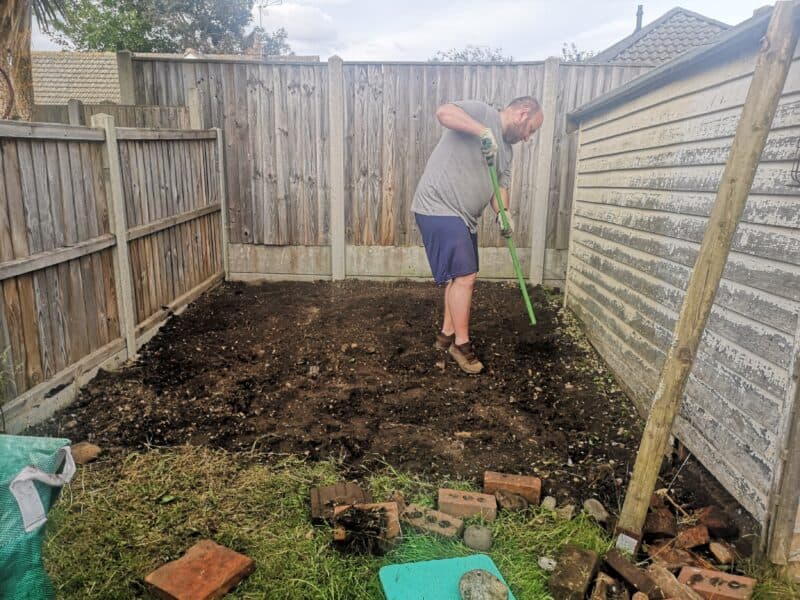 Something else we did before the shed actually went up was to give it a couple of coats of paint. This was given to us by next door as well. The shed was quite shabby looking when it was brought over to us and I am so glad I took the time to paint it. It’s a lovely forest green colour now and it really makes it look a lot better. The shed is also in really good condition apart from 1 missing perspex window. This is covered at the minute with a black bag but it’s facing a fence so won’t get any worse if the weather is bad. 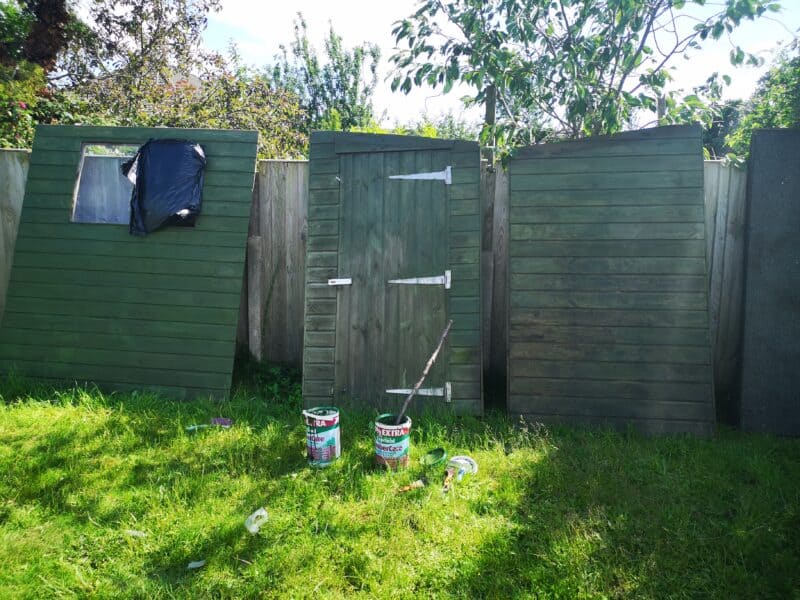 As soon as we were ready our neighbour came over to help put the shed back together. He’s a super practical kind of guy (unlike us) and it only took him and John about half an hour to get the base down again and the shed up! Standing next to the old massive shed this one really did look tiny. Although small, the new shed is really lovely and it has helped us to free up a lot of space at the back of the garden. It also meant that we could finally pull down the old shed that was rotten and, well, just awful! 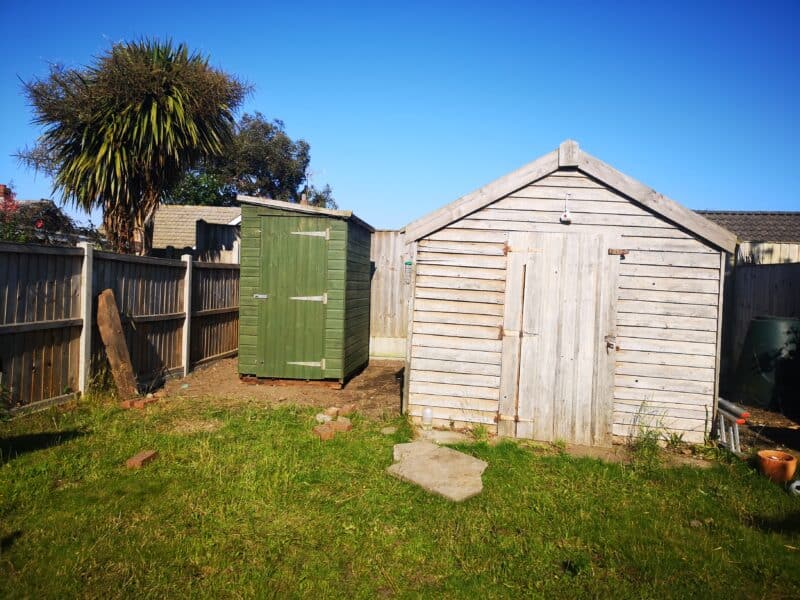 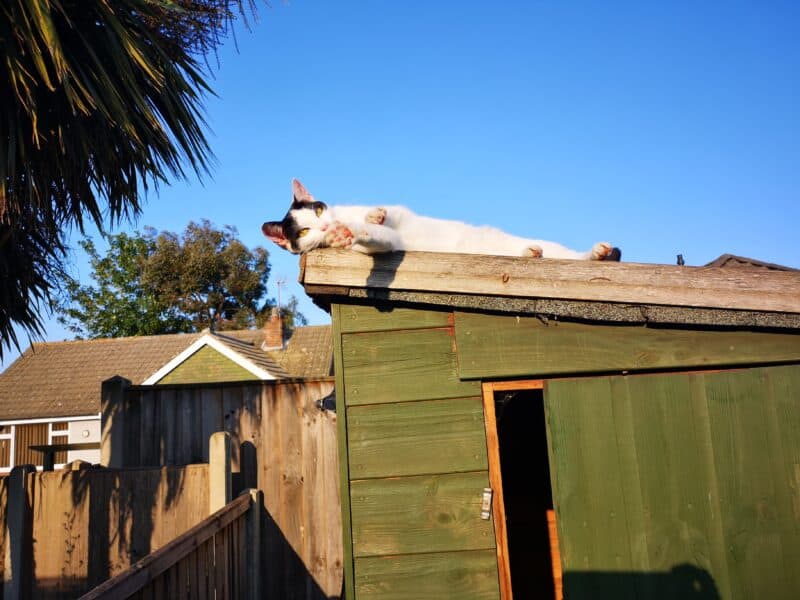 Getting the old shed down wasn’t quite as easy as we thought it would be. It took me and John (mostly John) 2 evenings to get it pulled down completely but again, it was really hard work. There roof was a nightmare to get off and we were then left with loads of wood and the garden was a huge mess. The good thing though is that we can slowly work on burning the wood rather than paying someone to come and take it all away. 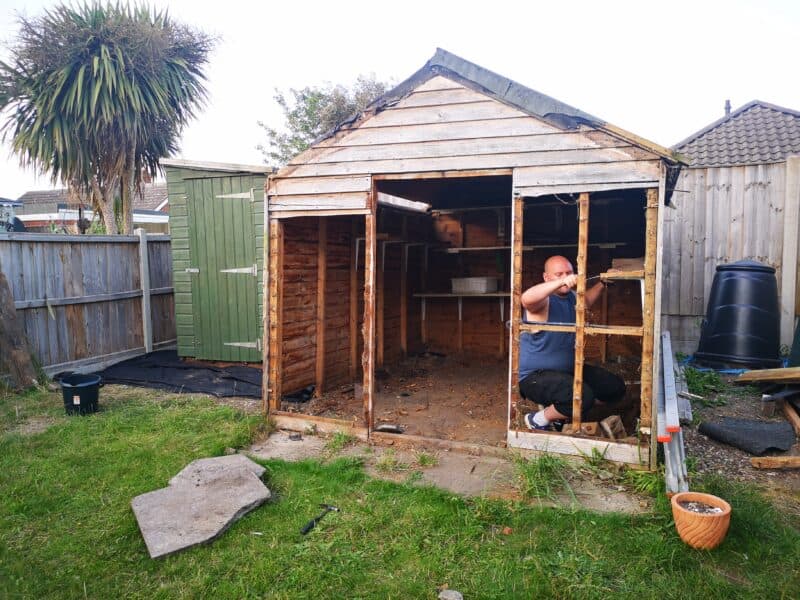 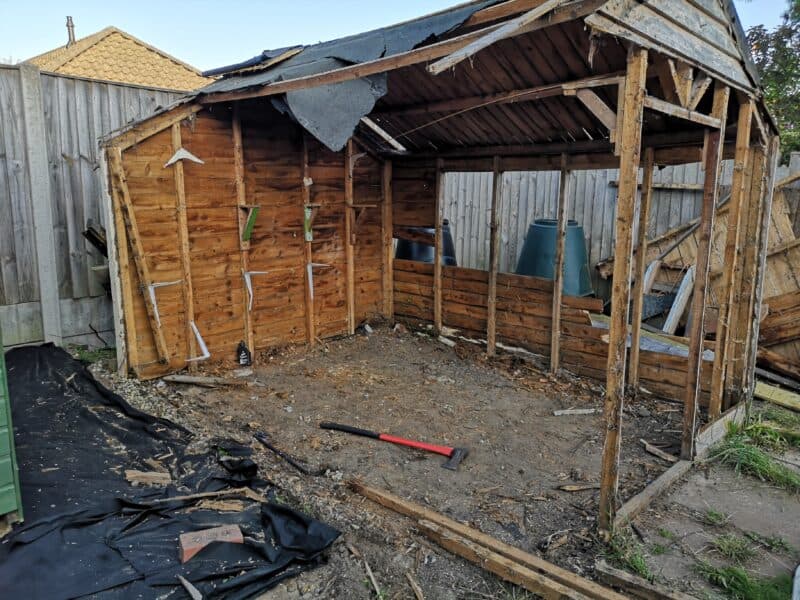 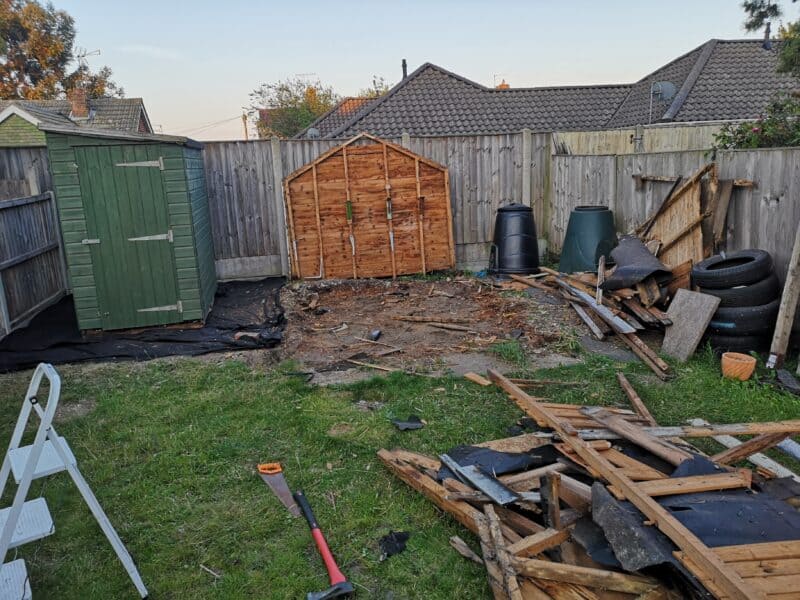 Now that the old shed is down and the new shed is up we can get to work on getting rid of all of the wood and preparing the rest of the ground in that back area. That is going to become Erin’s play area but there’s a lot of work and a lot of digging to do! 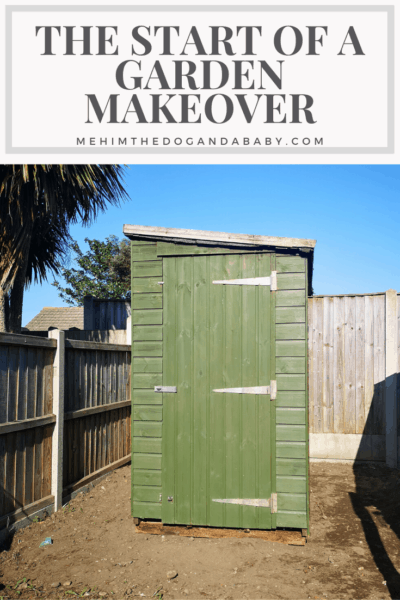 3 thoughts on “The Start Of A Garden Makeover”