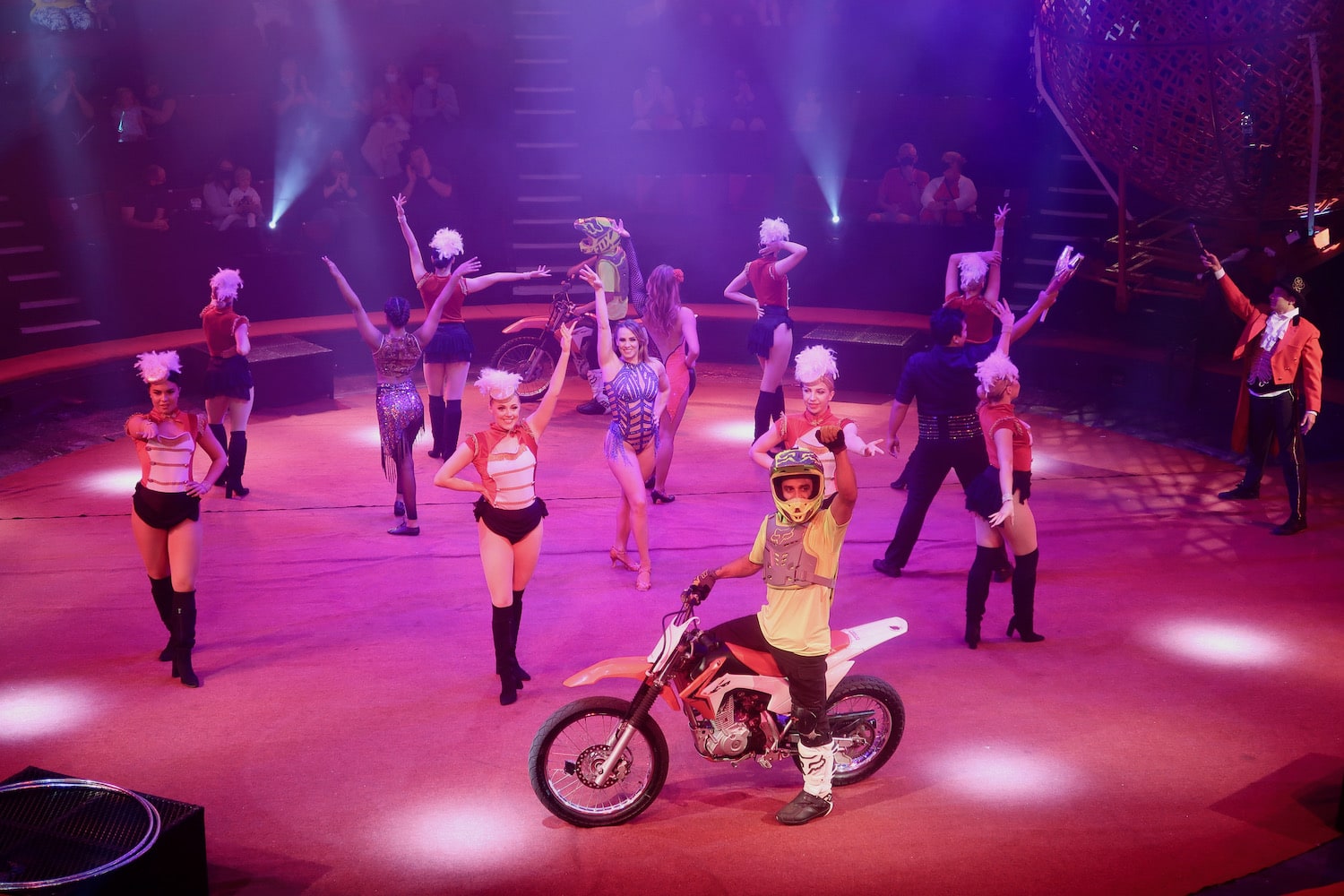 Having lived in Norfolk for the past 8 years now I have always heard things about the Hippodrome in Great Yarmouth but never had the chance to go myself… until the other weekend. We were invited to see the Summer xCircus and Water Spectacular, which runs until 19th September 2021.

Having never been to the Hippodrome before I really wasn’t sure what to expect. Our tickets were pre-booked and we had to show them at the entrance. Usually, I think drinks and popcorn would have been sold in the entrance area but we were told everything was being sold in the theatre now. We were shown to our seats and told to call someone over if we wanted to buy anything. We had a couple of bottles of soft drinks at £2 each and Erin wanted some of those light up things you can get. A unicorn with fibre optic lights was £4 and a flashy sword was £6, which I thought was really reasonable.

The doors opened 30 minutes before the show started and this was plenty of time for us all to get ourselves sorted, go to the toilet and buy anything we wanted, as well as getting comfortable in our seats. We had just the right amount of time between getting there and the show starting.

Opening the show was the soundtrack to The Greatest Showman, something that is easy to get excited by. I had goosebumps seeing some of the cast coming out and Erin was holding my hand, staring at the stage in amazement. The theatre, quite intimate compared to some, had an amazing atmosphere, like everyone was waiting for what was next.

The first half of the show is full of really exciting, and slightly dangerous, acts that had us on the edge of our seats. We saw an aerialist, juggler, motorbikes, fire… just to name a couple of the acts. I don’t want to talk too much, or go into too much detail about the show as it would spoil a lot for anyone wanting to see it. Some of the acts worried Erin a little bit but actually the whole show is really family friendly. We’ve never seen anything like this with Erin before but once she was reassured she was absolutely fine.

One of the twists with this circus is that after the interval the stage gets transformed and becomes a pool! Erin was absolutely amazed when this happened, even though I’d sort of told her about it beforehand. I will be honest, this part of the show wasn’t quite as exciting as the first half but that doesn’t mean it wasn’t as enjoyable; just different. Actually though, Erin especially liked the dancer who kicked this off and the contortionist so for her, this was probably her favourite part.

There are 4 different shows a year at the Hippodrome, all different, and I know that we’ll be back again after enjoying this one so much. 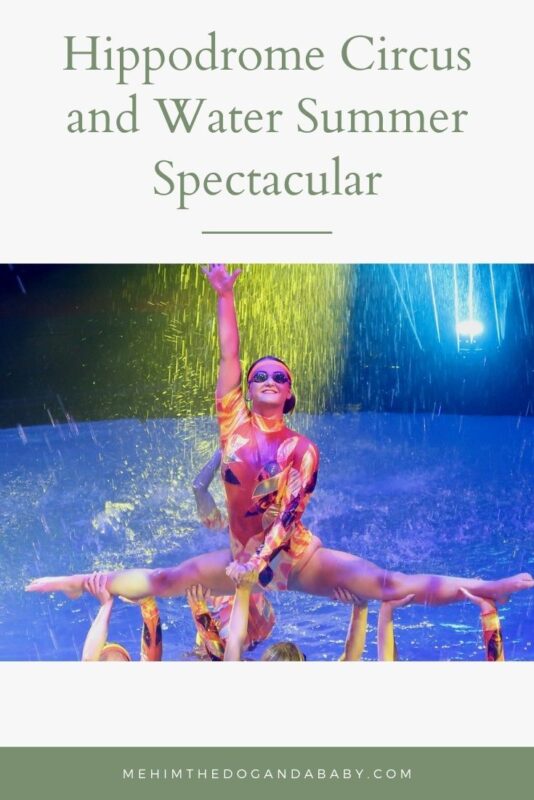