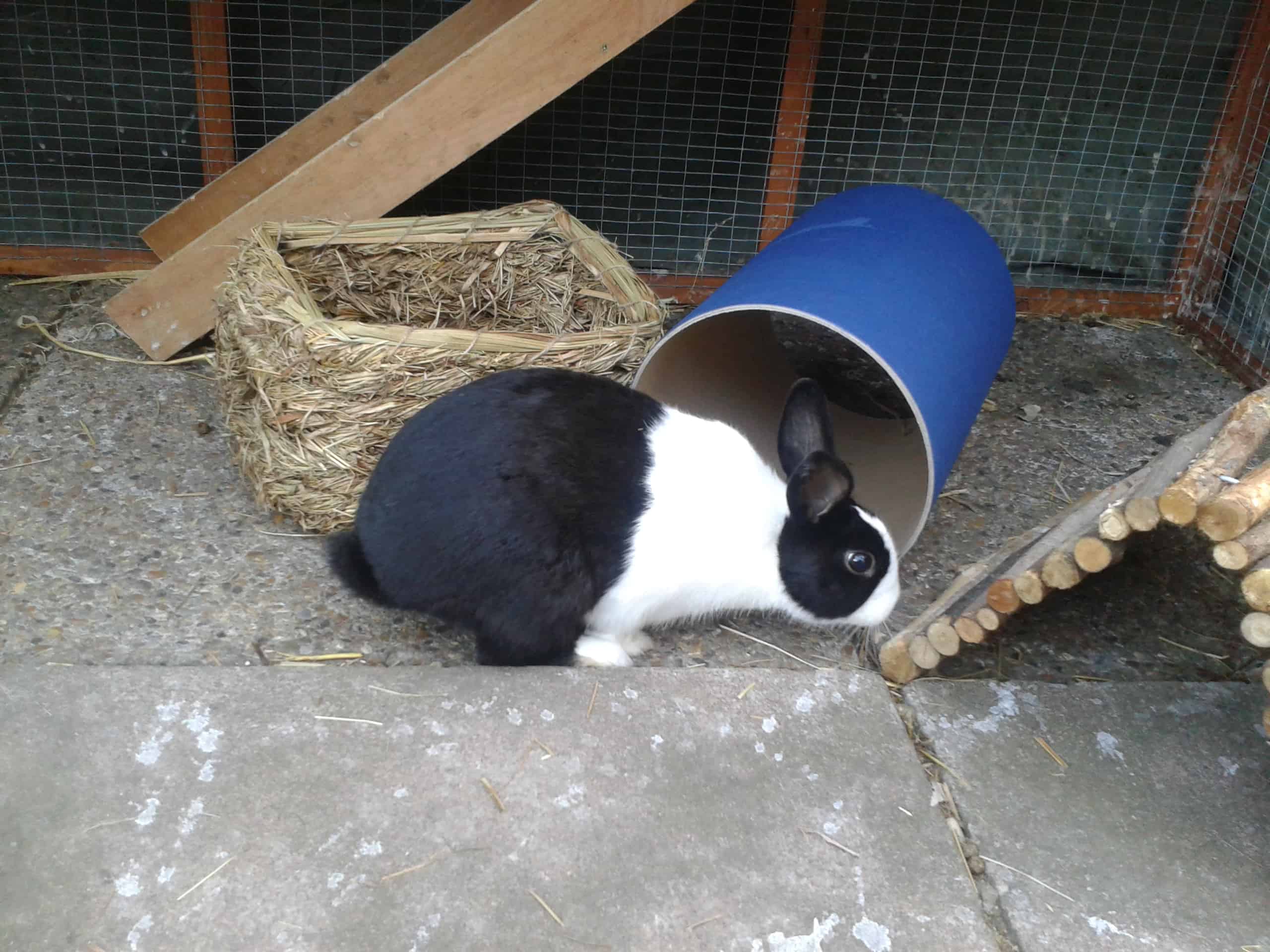 On Friday night our pet rabbit Mopsy sadly died. When I was cooking dinner on Friday I just happened to look out of the window and I saw him laying on the floor so I immediately went out to him. The second that I saw him I knew that was it.

Mopsy was around 5 and a half years old which for a rabbit, is pretty good going. We got him when we moved into this house and he got ill quite quickly. After 4 rounds of medication the vet said it wasn’t working and that Mopsy wouldn’t live for another month. Obviously at the time it was heartbreaking but we decided to bring him home and make his time as comfortable as possible. That was 5 years ago and we really never thought that he would live this long.

I was an absolute mess on Friday night but I was very thankful that I noticed, and that Mopsy died, after Erin had gone to bed. It gave me and John time to bury him and do things like dismantle his hutch (which was falling apart). We also have another rabbit and we didn’t want to leave Mopsy, and his scent, in the hutch next to him for longer than necessary. I also didn’t want Erin to see an empty hutch in the morning.

Explaining everything to Erin was a big worry for me, mostly because I knew I would have been a blubbering mess. She’s only 3.5 and I’m not sure we’ve even really spoken to her about death before so neither of us were sure how she was going to react. She could have gotten really sad and cried or she could have just shrugged it off.

John and I don’t like to lie to Erin. We have already told her that Santa isn’t real and we don’t have anything to do with the Easter bunny. So, we agreed that we would be as truthful as possible.

John was the one to sit down and talk to Erin. That day she’d woken up ridiculously early and he was able to do it before I’d even woken up. He explained that Mopsy had been really poorly and that the animal doctor couldn’t do anything to help him. He told her that Mopsy had died peacefully and that he’d had a really good life. John made sure to tell her that it was okay to be sad, to miss him and that it was important to remember him and talk about him.

I think it’s really hard to explain to someone so young what actually happened and why because they don’t really understand it all. We hated the idea of telling Erin that Mopsy had ‘gone to sleep’ because we knew it would confuse her. I knew that Erin would ask for him to wake up again and obviously that just wouldn’t happen.

John did a great job explaining things to Erin but she still wanted to talk to me about it as well. In one moment Erin was a bit confused because she didn’t understand why the vet couldn’t fix Mopsy and why he couldn’t come back and stay with us again. In the next moment, Erin was telling me that he couldn’t come back because he’d died.

Later that day when Erin wanted to talk about Mopsy we spoke about things that he liked such as cucumber and red peppers. She saw that I was getting sad and told me it was okay and that we needed to talk about it. Erin wanted to make sure our other rabbit Flopsy was okay too and she wanted to give him some nice treats that Mopsy would have liked. So, we went to the shop to buy a red pepper and on the way back we saw our neighbour. Erin told our neighbour that the pepper was for Flopsy but not Mopsy because he’d died so I think she is starting to understand a bit better.

Erin’s thoughtfulness about Flopsy made me so proud. We try to teach her the right thing to do and to be kind and to see her want to do something all on her own was amazing. Erin took a really sad situation that she didn’t really understand and turned it into a moment that I’ll always remember. I think being as honest as possible with Erin was the best thing for us to do and I feel better knowing that we didn’t sugar coat anything. 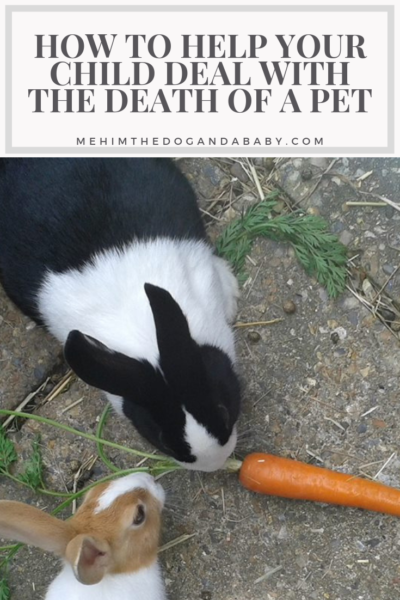