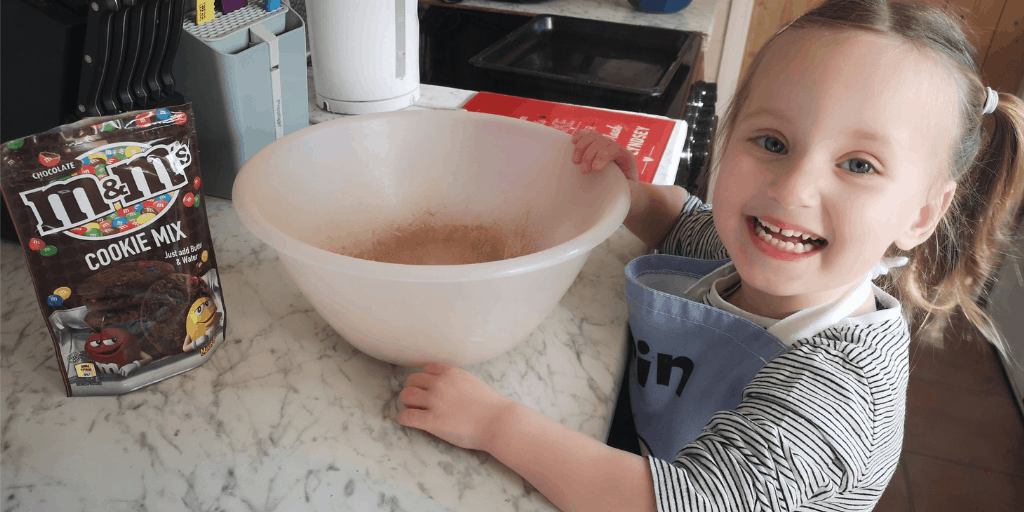 Although Erin has been going to nursery for over a year now this past half term was her first real half term. Erin’s previous nursery had a holiday club so she attended all year round but the nursery she goes to now doesn’t. It’s the first time in over a year that I’ve had a week with no childcare so a whole week to fill seemed like a huge deal. Here’s how we spent the week:

I started half term feeling like death. I woke up on Saturday really not feeling great and then after finding out there was only a bus replacement service instead of trains I asked John to take Erin out for the day instead of me. We had tickets to see Mimi And The Mountain Dragon At Norwich Playhouse and it was the first time in ages that John and Erin had the whole day together.

Sunday was a bit of a write off. I woke up feeling even worse than I did on Saturday and I didn’t have the energy to do much with Erin at all. Luckily, John was off all day and he did loads with her. From Play Doh to colouring and playing outside in the garden they did a lot.

We’re very lucky that Erin’s swimming lessons carry on through half terms, Easter and the summer holidays. The only time they stop is for 2 weeks over Christmas and New Year. On the first proper day of half term Erin had her swimming lesson in the morning. I always like Mondays because it means we always have something to do and Erin loves swimming so much. It also means that Erin gets pretty tired and I can count on her having a nice nap. I still really wasn’t feeling great on Monday so I took the chance to have a sleep as well!

After our naps we spent the day playing games, fixing Erin’s bunny on the Doctor’s bed and relaxing together. It’s nice to have an afternoon of not doing too much after a really busy and tiring morning for Erin. 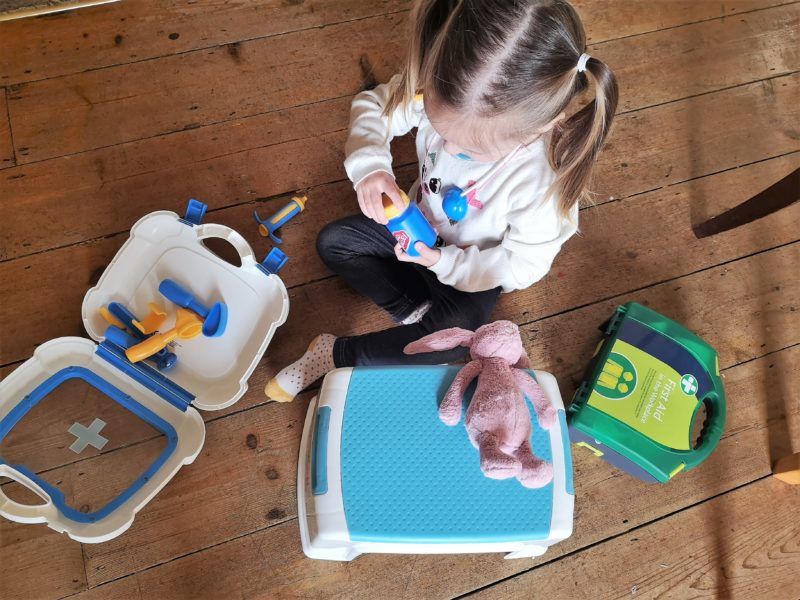 On Tuesday we had a quite a chilled out morning for the most part. Erin and I had a bath together, which she was super excited about for some reason. She didn’t need a bath as she always has one at night before bed. Every now and again she knows she can get in with me if we don’t have any real plans and we don’t need to rush. When we were ready we headed out to a local cafe for some cake (for Erin) and chips (for me). We had such a lovely time and for only £5 we got to go out and just do something that we wouldn’t do normally. 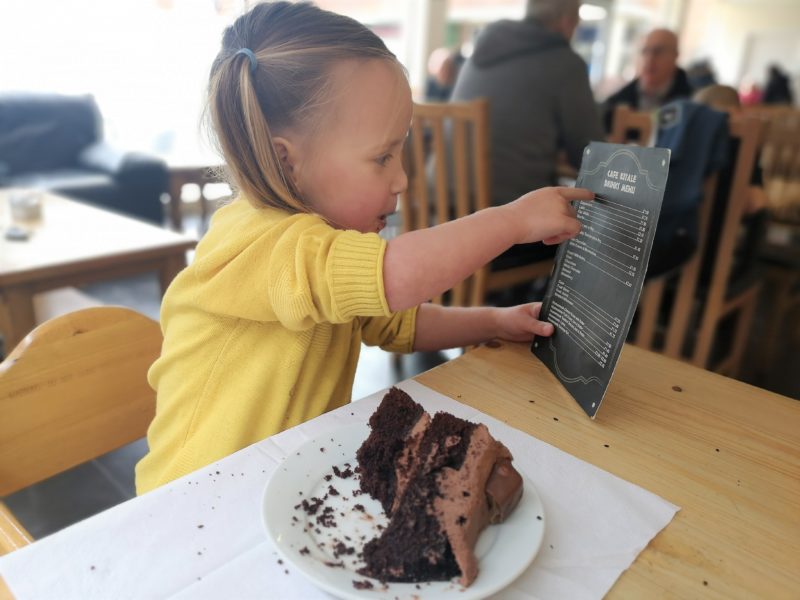 Wednesday did not go to plan at all. Erin must have woken up on the wrong side of the bed because she did not want to do anything at all. We had planned on going to the park and the library but she wouldn’t get ready in the morning so we ended up not having time. Then, as it was pay day for John I had to go to both Lidl and Sainsbury’s for food shopping and Erin was not impressed about it. Wednesday was a really hard day.

On Thursday we had our one big day out for half term. We spent the day at Roarr! Dinosaur Adventure park in Norfolk with some friends. Erin, although a bit cranky and tired, had an absolute blast and loved exploring. She made the most of all of the climbing equipment, loved seeing the animals and had loads of fun with me getting lost in a maze! 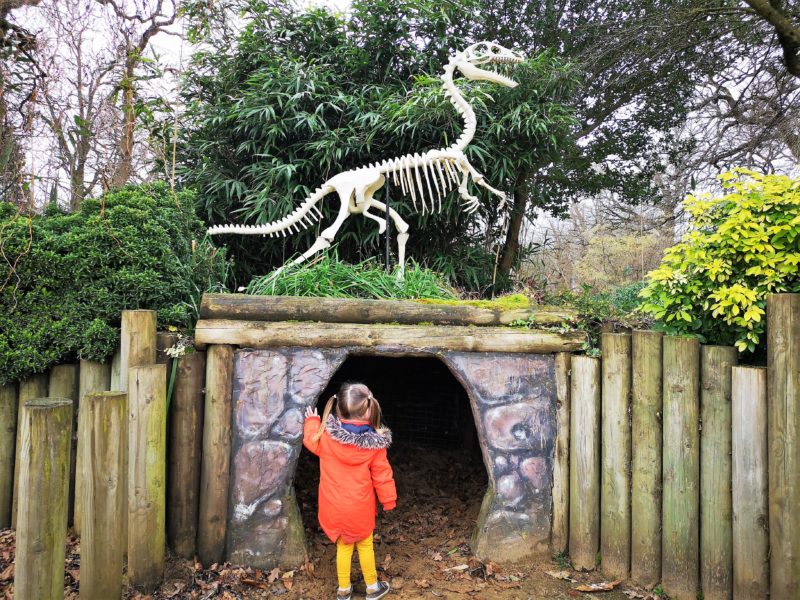 After such a busy time the day before Erin and I had agreed to have a more relaxed day at home. I could tell from the morning that she didn’t have a lot of energy and didn’t really want to do anything. She was quite happy watching Youtube for a while but we did manage to do some cheat baking a bit later on!

The afternoon wasn’t quite so easy though as neither of us had a sleep but at least we got to do something fun in the morning. 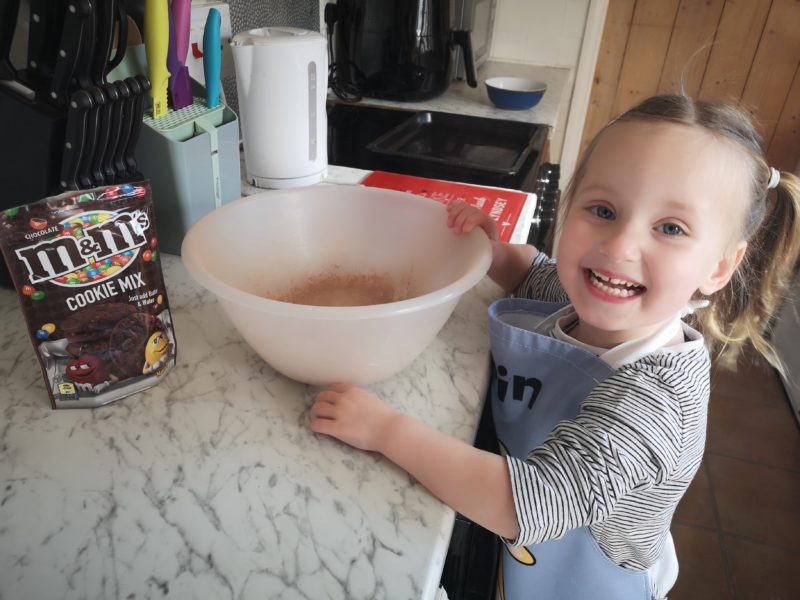 Erin was still feeling pretty tired on Saturday but we managed to get some time in the garden in the afternoon! The weather had been really nice so I took the opportunity to clean all of Erin’s outdoor toys. I know this might seem a bit silly seeing as they stay outside but they were caked in mud, bird poo and who knows what else. It was nice to have a good tidy up out there and Erin loved being able to get back in the sandpit. She’d been asking for ages and it now means there is more for her to do outside again.

Ah Sunday! I cannot tell you how good it felt to have John home for the day and to sleep in a little bit. John took Erin swimming and it was so nice for them to have the day together and also for me to have a bit of time for myself. I’m definitely not used to this any more and I think I’ve missed having some alone time this week. On Sunday my Mum also arrived to stay for a week so in the early evening Erin was super excited to see her and spend some time with her.

As first half terms go, this one could have gone worse. It has been a long time since Erin and I had this much time together in a row so it was hard to get used to. I always try to save money on days out and trips to I’ll be looking to do this next time for the Easter holidays! 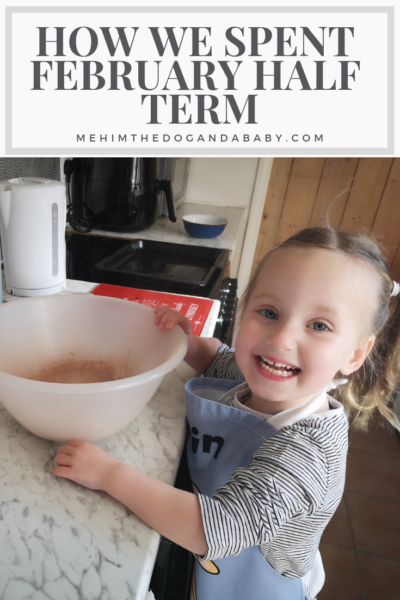