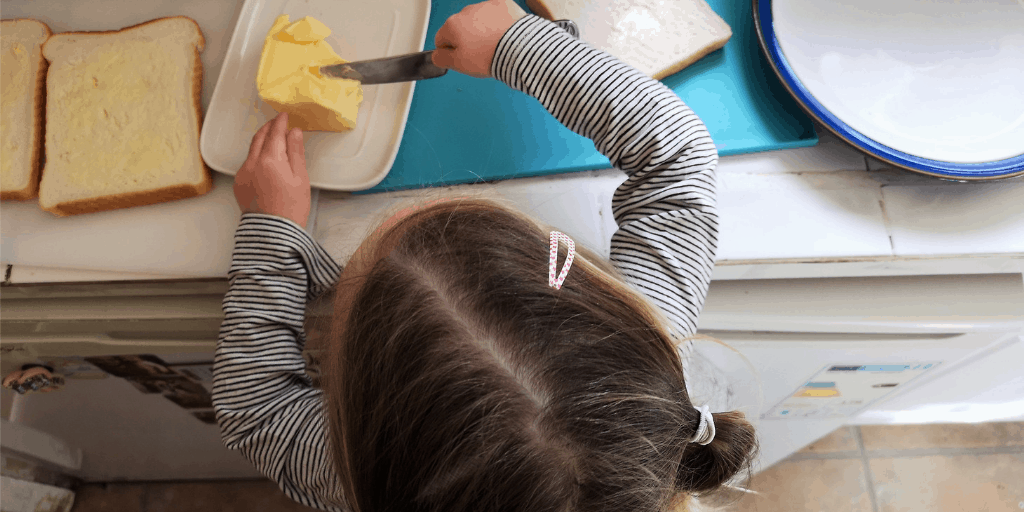 Erin is a fussy eater and some days it’s a real struggle to get her to eat much at all. Erin tends to stick to foods that she knows and likes such as cereal, fruit and the occasional sandwich. I guess we’re lucky in a way that Erin will eat yogurts, ham and plenty of fruit but we really struggle with meal times.

A couple of weeks ago Erin got upset because I’d started making dinner one day and she had wanted to help. To be honest, this came as a bit of a shock to me as Erin had never even asked to help me before. Since then I have been trying to get her to be more involved in preparing any food that we eat.

On the first day I was surprised at the success we had. Usually I would just plate up whatever and hope that Erin would at least eat a couple of mouthfuls. More often than not she would barely touch the food.

On this particular day I asked Erin to help cut her carrots into shapes and gave her the choice of cutter. Erin was excited to make her carrots into flowers and once they were cut she put them on her own plate. Next, instead of just putting everything else on the plate I asked if Erin wanted any mashed potato. This isn’t something Erin will usually eat but she said yes and happily put a spoonful on her own plate. I did also put a mozzarella stick on there as well to add a bit more without making the meal too big for her.

Erin very excitedly carried her own plate to the table and started to eat the mashed potato. I couldn’t quite believe it. She ate about 2/3 of what she’d given herself and then went on to eat all 4 of her carrots and half of the mozzarella stick. We hadn’t had a dinner this successful in months.

I know that 4 carrots, a large spoon of mash and half a mozzarella stick might not seem like a big meal but for Erin it really was.

From now on I am going to ask Erin if she wants to help every time I make some food. I know it might not work every time but I hope that if she has more involvement then it might make Erin a bit more likely to try whatever she’s made! 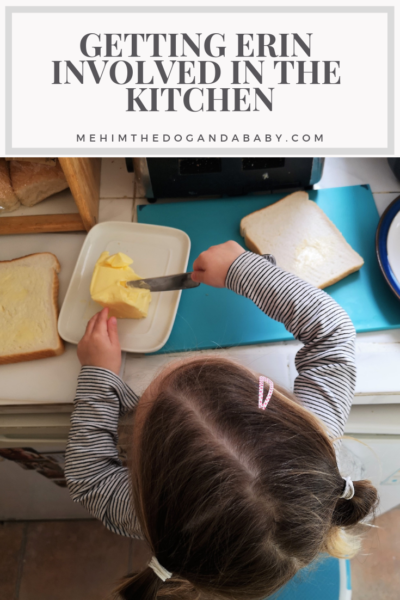