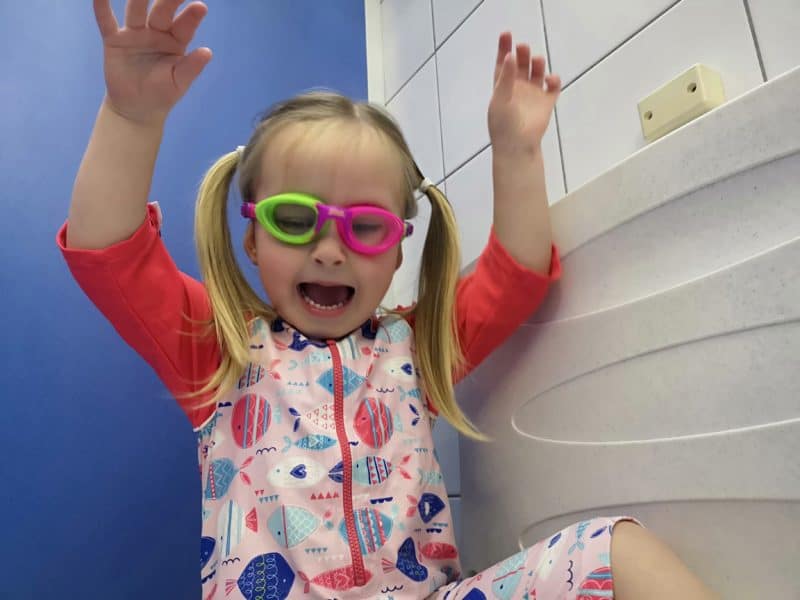 I never had proper swimming lessons. I know being forced to get into a swimming pool as a teenager at school doesn’t really count even thought they liked to class them as lessons. I can barely keep myself from drowning and I’m not sure I could manage a while width, let alone a length, of any swimming pool.

As soon as I was sort of recovered from my emergency C-section and 2nd surgery, I signed Erin up to swimming classes. I had always planned on doing this as soon as possible because I didn’t want her to ever not know how to swim or to be safe in and around water. I think we started when Erin was roughly 4 months old and even though I purposely picked a pool that was warmer, she HATED it. Being a preemie I think Erin felt the cold a lot more than most and we had to buy a Splash About Warm In One suit for her just to get her through a half an hour lesson.

I think for the first month or two I thought we were going to have to give up the lessons because Erin would scream non-stop for at least half of the lesson, if not all of it. Luckily, we persevered and Erin started to make progress and was finally able to last a whole lesson. The problem though was that these lessons were a bus ride away and it started to get difficult with times and a half an hour lesson ended up taking us over 4 hours. So, after about 6 months we took a bit of a break but finally switched lessons to somewhere in town and somewhere we could walk to easily. Looking back, that was in March 2017 and I can’t quite believe it’s been that long now. 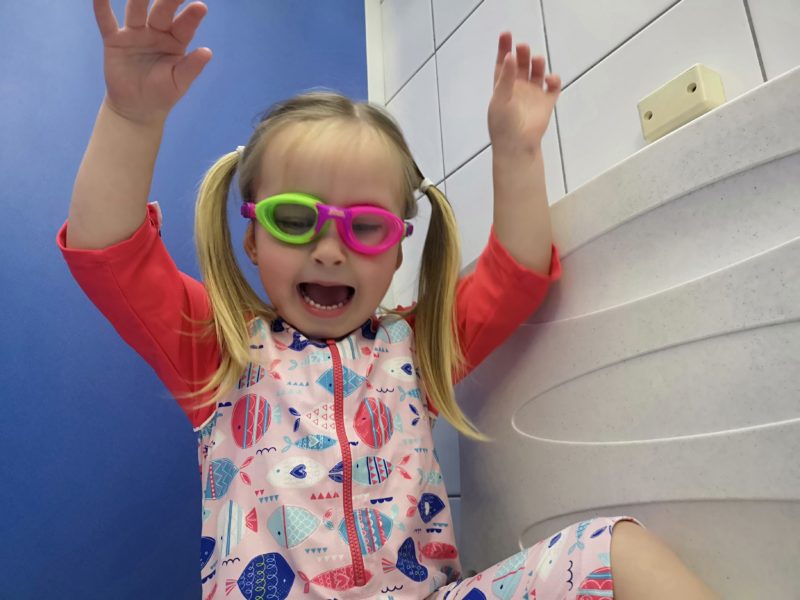 Erin took to the new lessons immediately. The pool was colder but we were prepared for that. The teaching style was completely different and the class size was bigger as well but Erin seemed to like that.

Since starting these lessons Erin has gained her Discovery Ducking certificate/ badges 1-4 and is now ready to move up to the pre-school class after Christmas. Where Erin’s lessons are the teachers give out awards for swimmer of the month per class and Erin has been lucky enough to win that once. I couldn’t have been more proud. 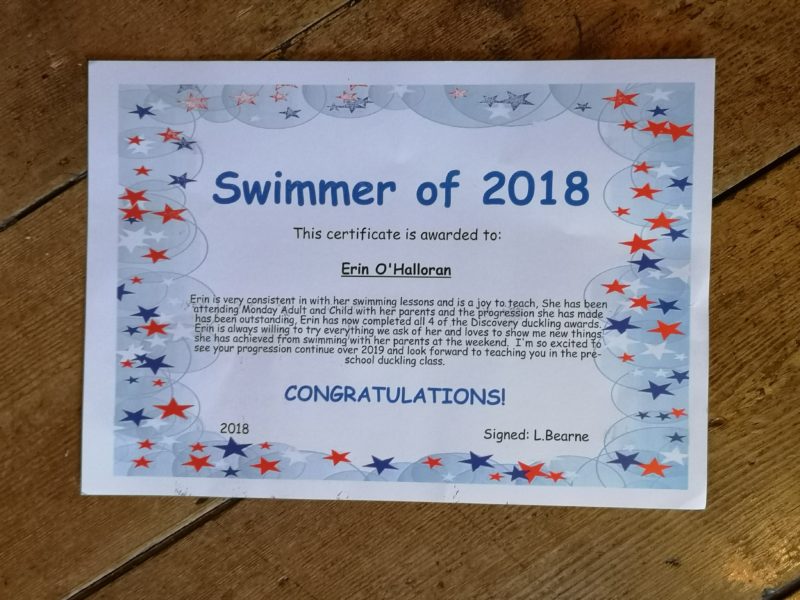 A couple of weeks ago I received a phone call to tell me that Erin’s swimming teacher had awarded her Swimmer Of The Year. I didn’t know it was even a thing at the time but I was really shocked but obviously super proud at the same time. Erin really has come on a long way this year and she can do so much now. John takes Erin swimming most Sundays at the moment as it’s free with Erin being under 3 and I think that has also helped to make a difference.

Now, Erin’s next lesson is on 7th January and she will be going in the pool without me for the first time. In the pre-school class Erin will be in the pool with her teacher and other children but not me. For the past few weeks Erin has been craving more and more independence in the pool and I think she’s going to love it. I can’t wait to see how far she can come in the next year! 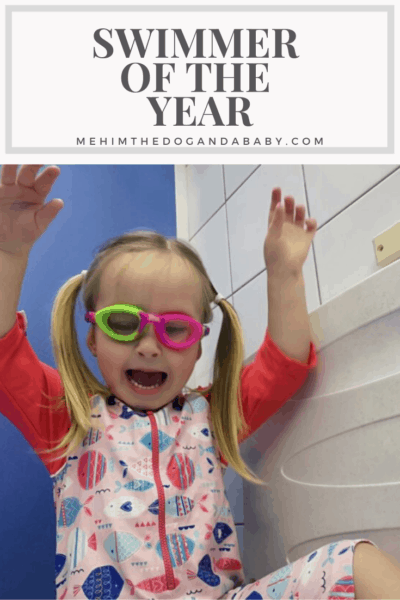