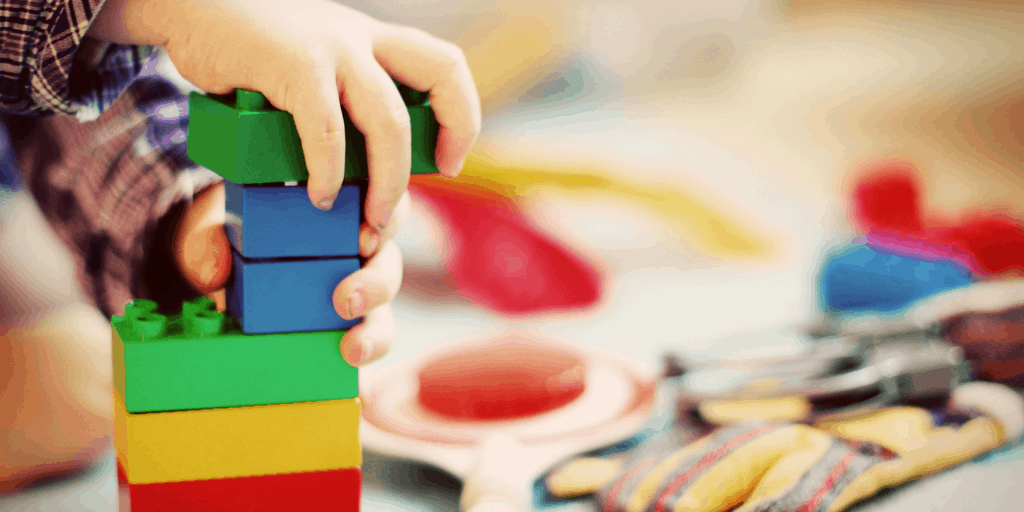 4th January was a pretty big day for our family. This was the day that Erin had her first day at nursery. Well, I guess it wasn’t her first real day as it was only the first of two settling in sessions and I didn’t actually leave her there but to me, it felt like the first day. I had been preparing for this day for months and months but I was never actually prepared for how I would feel about it.

The day didn’t start well. Erin had a bit of a melt down about leaving the house and she did not want to get her shoes and coat on so I had to try to get her in the pushchair crying, which is something I hate doing. Luckily, she calmed down quite fast and we got out of the door on time. Then, we got about 5 minutes down the road and she realised she had dropped her favourite toy, Jay from Beat Bugs. We had to go back all the way up near home to find him and by that point I was worrying about the time. I’m not someone who likes being late and it panics me.

Anyway, we arrived a little bit early in the end and getting Erin out of the pushchair was just as bad as getting her in to it! She didn’t want to get out to start with and as soon as she did she wanted to play outside. I had hell of a time getting her to even go through the doors to nursery which I was surprised about. We have been to every open day they have had since Erin was 1 to get her used to the place and normally she runs in with excitement. Not this time though.

We eventually got her into nursery and was all pretty good from there. Kind of. For about the first 10 minutes Erin stayed quite close. She was figuring where she was and what was going on. For this time Erin seemed quite happy to sit and read a book with me and play a little bit while watching the other children and the staff.

It really didn’t take long for Erin to find her feet and this is where it all went downhill… for me. I was sat in a corner near the tee-pee where the children can have a nap and I just broke down. Seeing Erin going off and having so much fun and not needing me at all was both heartbreaking and heartwarming at the same time.

We have always tried to teach Erin to be strong minded and independent and that’s exactly what she is. Erin went off with one of the nursery staff and two other children to have a bit of a tea party and play across the room. She didn’t look back at me for ages. Erin has barely spent any time with other children this year due to us stopping baby classes so this was a big shock for me. However, she wasn’t so happy about sharing a lot of the time which was to be expected I guess. At this point I was crying both with pride and because my little girl was doing exactly what we’d taught her to do and how to be.

Erin also has only ever been left twice with someone other than me or John. My sister looked after her last month while I had a hospital appointment and a friend looked after her when she was 9 months old while I went for a job interview. Erin really had no issues taking the staff by the hand and playing with them. She sat at a table full of other children at snack time and ate with no issues at all. She did throw a jug of water over a little boy though by accident but everyone thought it was quite funny! I cried again at the thought of her being so happy and okay without me.

The two hour settling in session went so fast and I did eventually stop crying. I’m such an emotional person so it’s not surprising how I reacted on that first day. I know it will only get easier as the weeks go by but I have had 2 years of it being just me and Erin for the majority of the time. She’s like my little shadow and it’s such a strange thing to not have her around for around 7 hours a day a couple of times a week. Erin didn’t have to go to nursery yet but socialising with other children is really important and she’ll learn so much there that I don’t know how to teach her.

I know nursery is the best thing for Erin but it doesn’t stop me feeling like my heart has been ripped out every day that she goes! 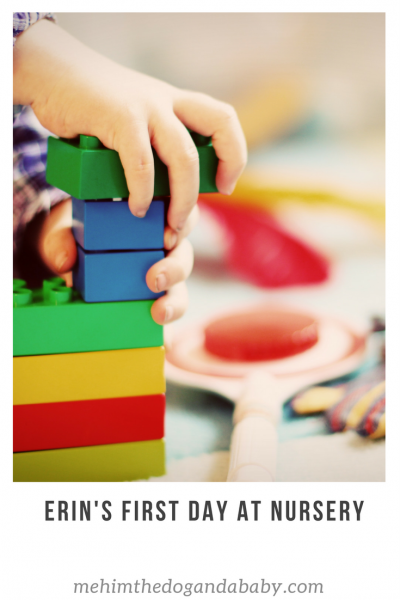