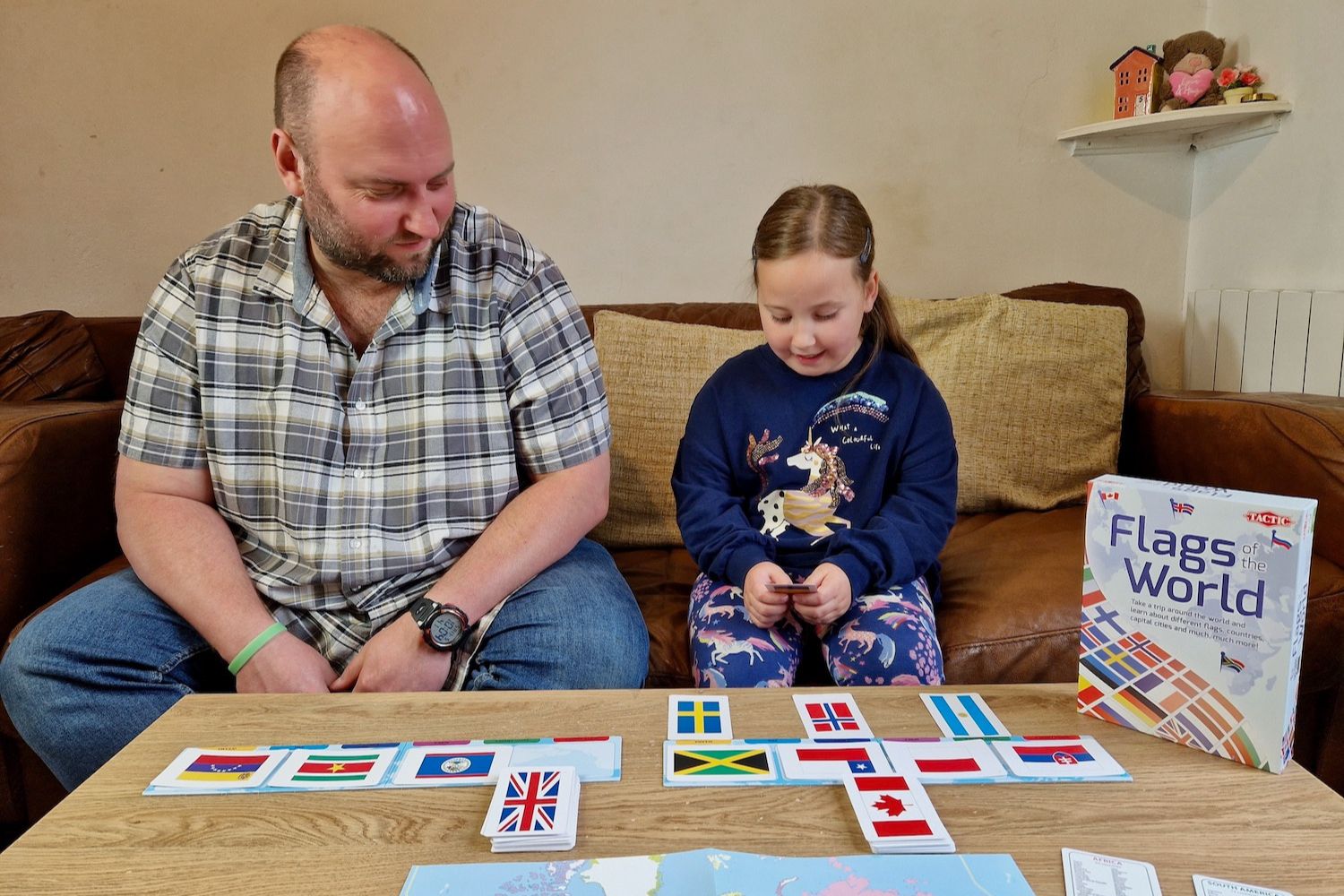 We watch a lot of quiz shows at home, anything from The Chase to Richard Osman’s House of Games. However, one area that isn’t my best is geography and world flags. Tactic Games have come to the rescue though with their Flags of the World game.

To be completely honest, we found the instructions really hard to follow. It all seemed a bit complicated and it took us quite a while to figure out what we were actually supposed to be doing. Thankfully, there’s a QR code to scan, which takes you to Youtube. This video explains things a lot better, and quicker than trying to make sense of the written instructions.

Once we figured out the rules and what order to do things, the game went along smoothly. After you get the game set up, you can start guessing which card belongs to which continent. You can guess straight away but you can also ask for clues if you need them.

Depending on if you get the card right, and how quickly, this affects what happens next. Cards are given as rewards for correct questions and through the game, you need to guess which continent they belong to. Whoever gets the most right at the end wins.

Although we struggled to begin with, we soon got into the swing of the game. Something I really liked is that you can choose how many continents you want to play with. The more continents you play with, the trickier the game will be. This means that you could play with only 2 and concentrate on learning those first. This is a great idea if you don’t want to be so overwhelmed immediately and if maybe there are a lot of flags you don’t know.

This game is aimed at ages 8+ and as Erin is a bit younger than that, we altered the game a bit to suit her. There are so many flags that she doesn’t know yet so instead, we also spent some time just getting her to guess out of a choice of three continents.

Flags of the World is such a great game to help you expand your knowledge, not only of flags but of the world.