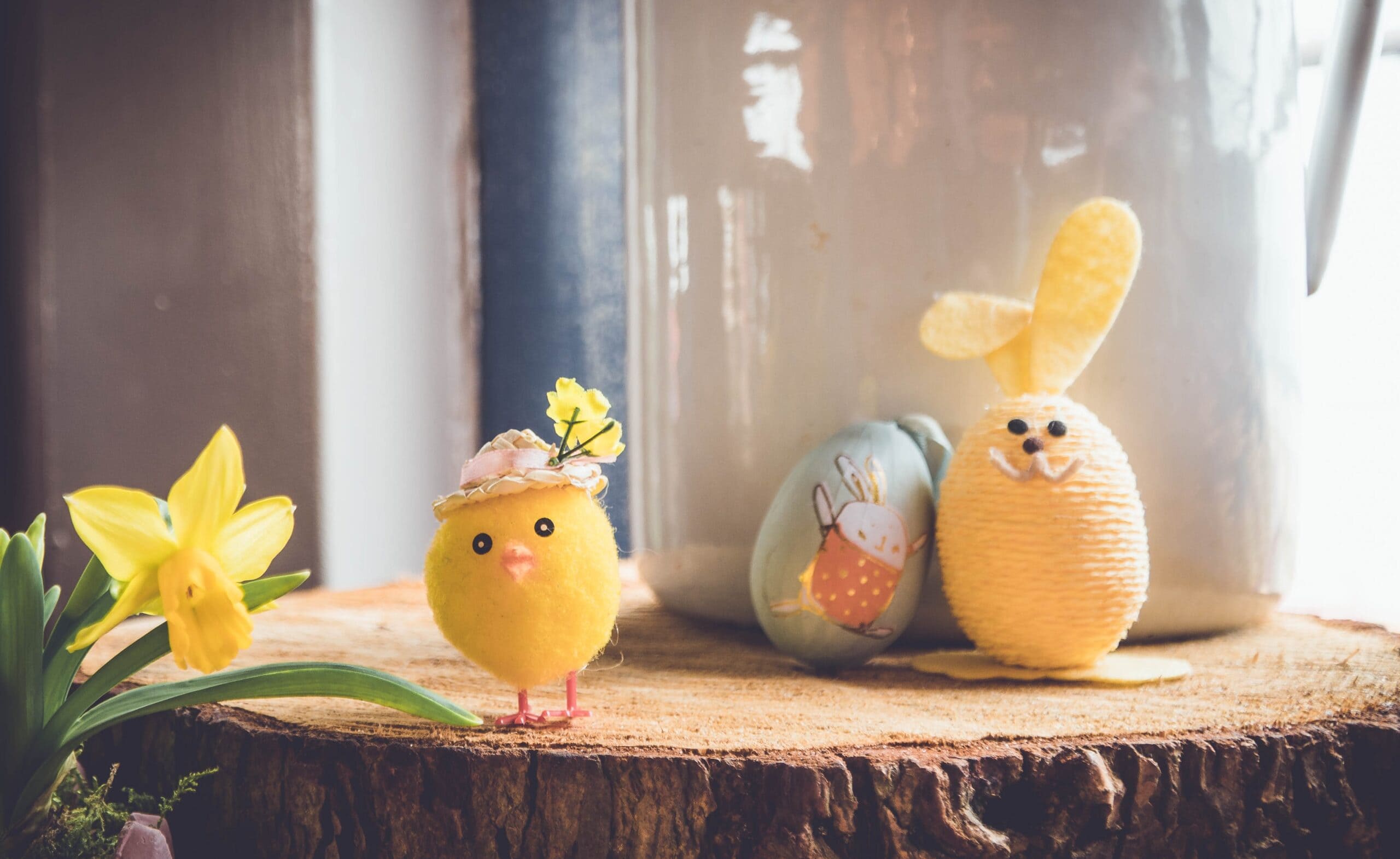 At the beginning of last year I had made some amazing plans for these Easter holidays. We can never get away during the February half term due to John’s job so I always try to make sure we do something fun over Easter. We had been due to go to London for a few nights, a trip rearranged from October 2020. However, due to restrictions this obviously wasn’t possible and we now have that trip moved to near the end of August. I’ll have to keep my fingers crossed about that one happening.

Luckily, although going away wasn’t an option restrictions were eased a little bit and it meant that we were no longer confined to the town we live in. Being a non driving family makes lockdowns really hard because we can’t really go anywhere when we’re not supposed to use pubic transport. All we really have here is a park and a small woods to explore… which we have done A LOT! Being able to get on a train meant that we were able to get on a train to Cromer for the beach.

During the last week of term Erin’s school emailed to say there was a multi-activity holiday camp being run Monday to Thursday during the first week of the holidays. I’d asked Erin if she wanted to go and she was so excited about it. For the 4 days it cost £50 which I thought was really reasonable. If we had been able to go on days out I would have spent way more than £50 over those days. When I booked I knew that Erin would only be able to attend for 3 days though instead of the full 4 but I still thought it was good value.

Each day Erin came home absolutely filthy and exhausted! A couple of Erin’s friends from her class in Reception also attended the holiday camp so she was really excited to get there every morning and to have a full day playing with her friends. Although Erin didn’t totally tell me what she did every day, I did get that she did dodgeball, some gymnastics, playing outside on the school equipment and playing football.

Erin loved going to the holiday camp so much so I’m really hoping they do it again and we can get her a space on it. 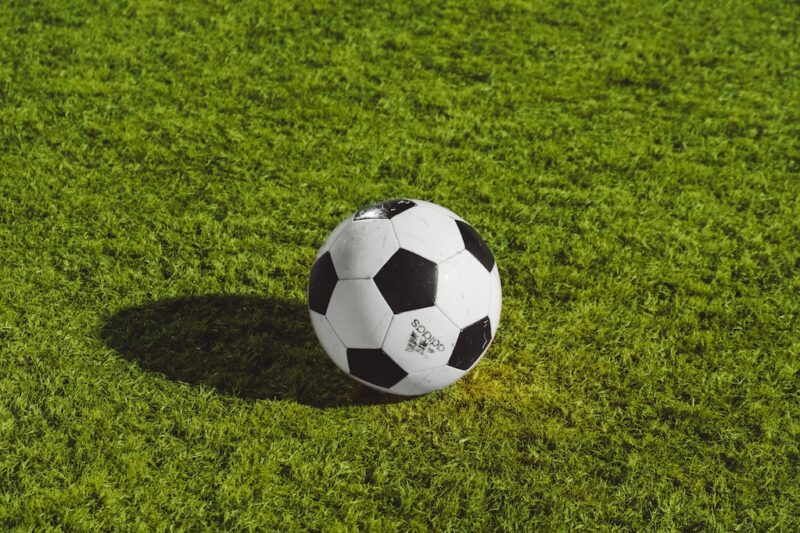 A couple of days earlier I broke a tooth so I had to go to an emergency dentist appointment on the Wednesday afternoon. None of us can get a dentist in our town so I have to go to one 30 minutes away by train. At this time, with restrictions, the trains were only running every 2 hours so I had to spend a lot of the day sat around waiting otherwise I wold have been late. I did get to sit in the sun at the beach though and eat chips while reading a book before my appointment though.

The day after we also had to go to the dentist with Erin. Again, she doesn’t have a dentist in our town so this time we had a 15 minute train journey to get there. We had planned on spending the day at the beach and we even went prepared with towels and buckets and spades but the weather was awful. We nearly got soaked by the sea coming over the walls near the pier so we decided to give up and just get a bus home instead.

Thankfully, the weather got better towards the weekend and we were able to have family round for a visit in the garden. Our day started off with an Easter egg hunt in the garden though. Erin only mentioned that she wanted to do one the evening before so we had to make do with some small eggs. Next year I need to plan that a bit better because I know she’s not going to let us get away with not doing one.

We hadn’t seen my sister and brother in law since Christmas Day and Erin was so excited about it. I’m not sure Erin took a breath from the minute they arrived until the minute they left. I had quite a relaxing time though as Erin didn’t really want anything to do with me while they were here. 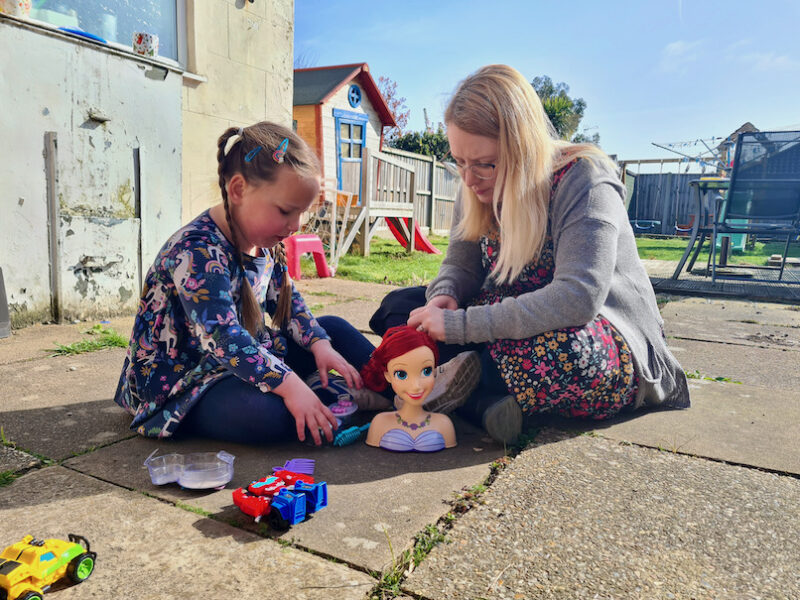 McDonald’s and feeding the ducks

The second week of the Easter holidays was mostly spent chilling out at home thanks to the weather being rubbish. We had been waiting for a warmer day so we could finally do that beach trip but it never happened. Instead, we took an okay-ish day and took the train to Wroxham to feed the ducks. We don’t actually have anywhere here where we can feed ducks so it is a bit of a pain having to get a train somewhere to do this. We were able to tie this in with getting a McDonald’s too though which is always a good thing. We had to eat it outside on a picnic bench and it got cold pretty fast but it was so worth it. 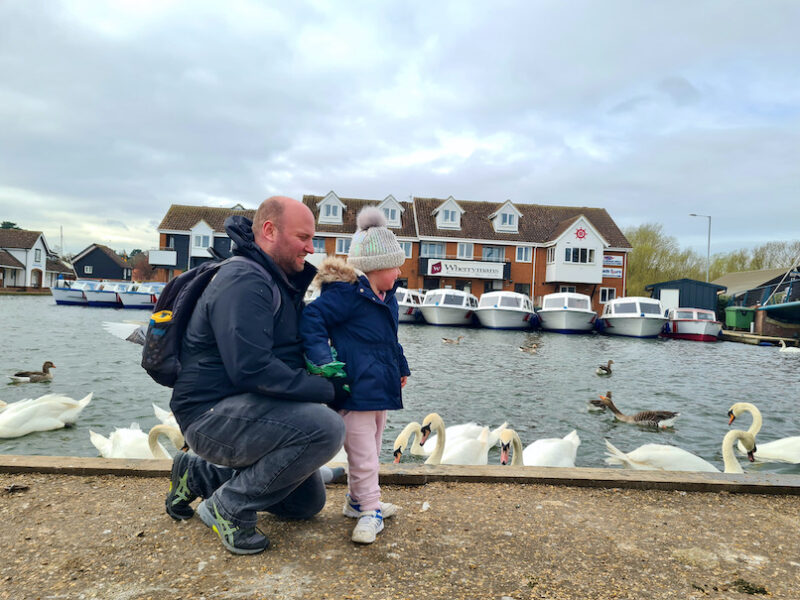 The Easter holiday was one of the quietest we’ve had for a few years so I’m really looking forward to doing something a bit more exciting in May. What did you do over Easter? 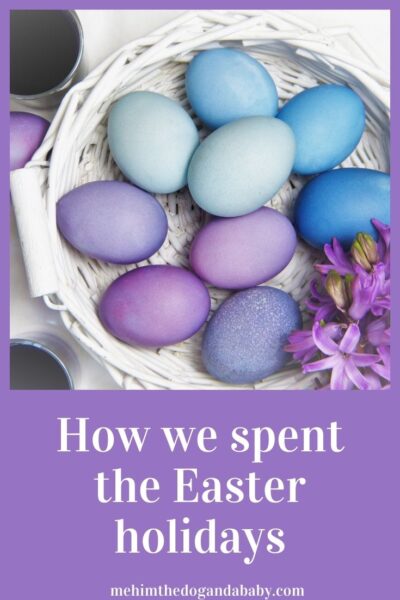