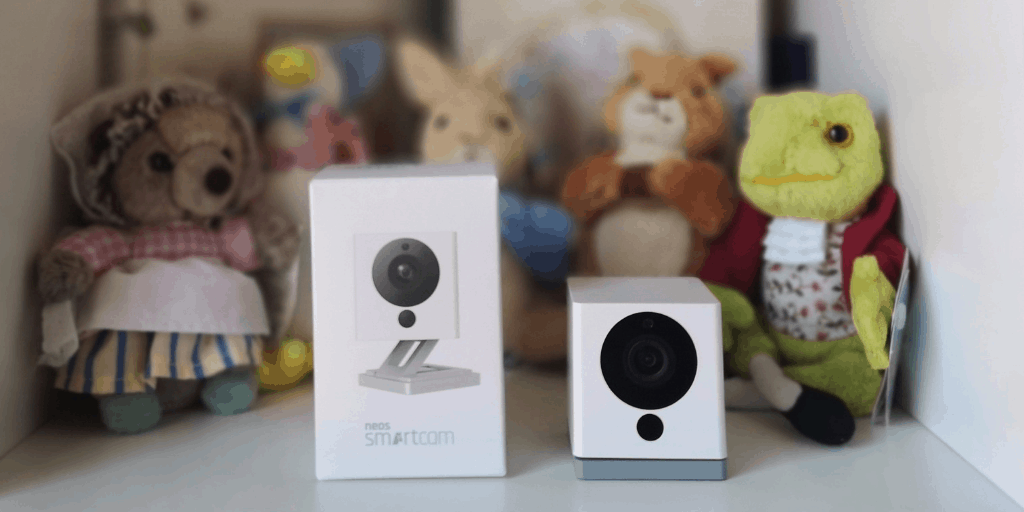 Over the past couple of months ago Erin really started to crave more independence. She wants to walk down the street and not hold hands as much. She wants to run off ahead sometimes. She also wants to play upstairs on her own. Although we have a baby monitor in her room it only covers the area where her bed is and that leaves at least half of the room in a blind spot. Baby monitors, especially ones with video capability, can be expensive and it’s not something we really need another one of considering Erin’s age.

We were recently introduced to the Neos SmartCam, an app based home security with a price tag of only £19.99. I honestly couldn’t believe the price when I found out because I thought that cameras and systems for the home would cost a fortune. I couldn’t wait to see how the Neos SmartCam would benefit our family. 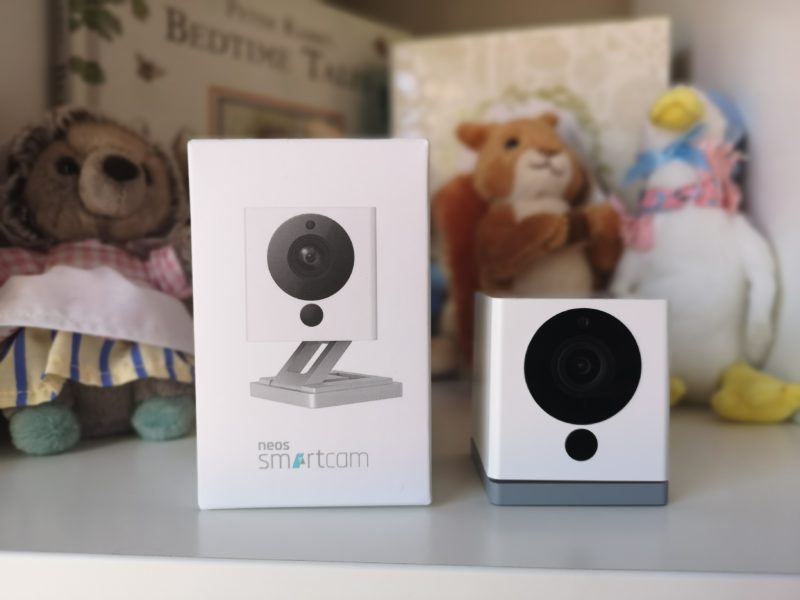 What’s in the box

The box that the camera comes in is actually really tiny and I wondered how everything could possibly fit in there. Inside the box you get the camera, USB cable, plug, wall plate and mounting tape. Of course, you get some instructions as well!

Setting up the Neos SmartCam

Setting up the Neos SmartCam was really simple and it took a matter of minutes. First, you must download the app and set up your account and sign in. Once the camera is plugged in and you have put your WiFi details into the app, you can scan a QR code and you’ll be ready to go. I think the whole set up took less than 5 minutes and it might have even been quicker if I’d known our WiFi password. 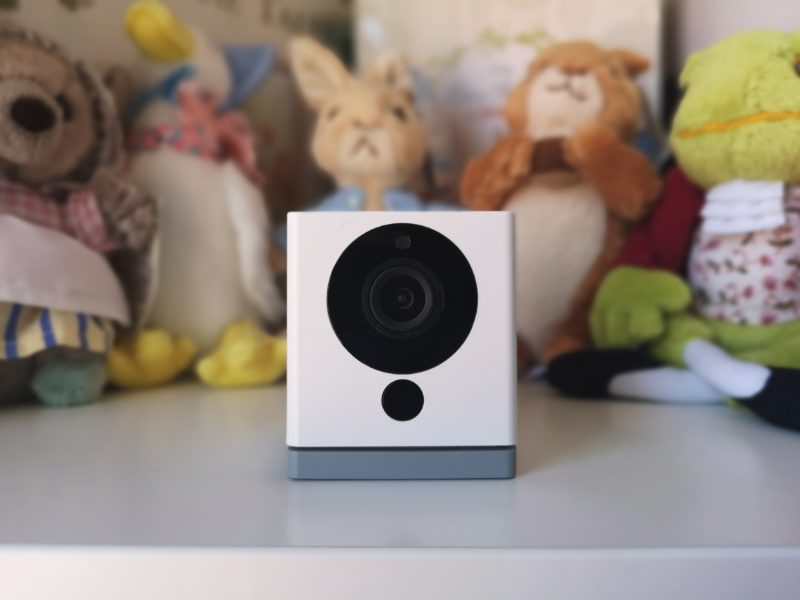 I think the thing that took the longest was figuring out exactly where I wanted to put the camera. As we already have a video monitor for night time I wanted to keep this where it was but have the Neos SmartCam covering the rest of Erin’s bedroom. Where I chose to put the camera wasn’t exactly the most stable but you do get a magnetic base in the box so I used this to keep the camera steady. 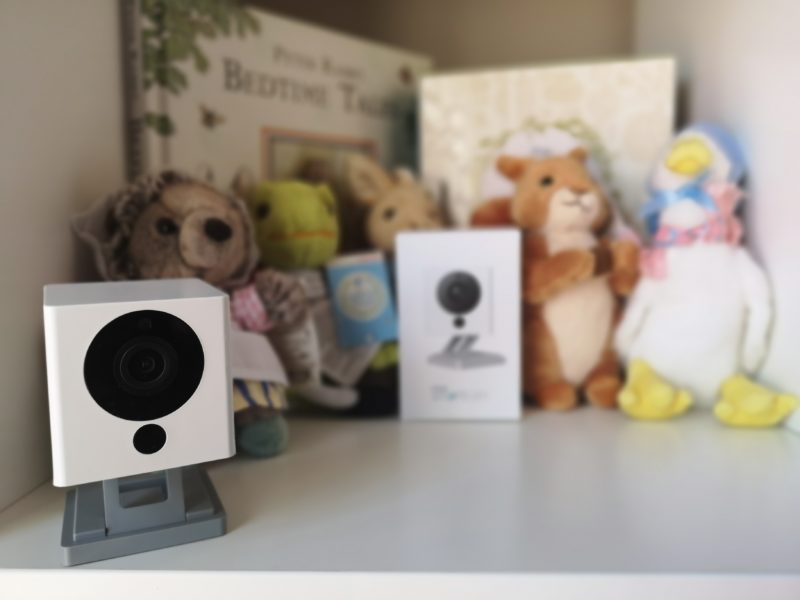 Having the magnetic base is such a fantastic idea. You can use this to put the camera on a wall, space that might be a bit awkward or you might even want to use it just for some extra stability. We’ll be mostly using our camera in Erin’s bedroom and of course, there is a chance that the wire could get knocked or pulled so the magnetic base will help to keep the camera in place.

Once you have your camera set up with the app you’re all ready to go. The camera can be angled in many different ways and I think this makes it so much more suitable for a larger audience. Static camera can only see a limited area but the Neos SmartCam can be used as it is, extended or even turned at an angle. 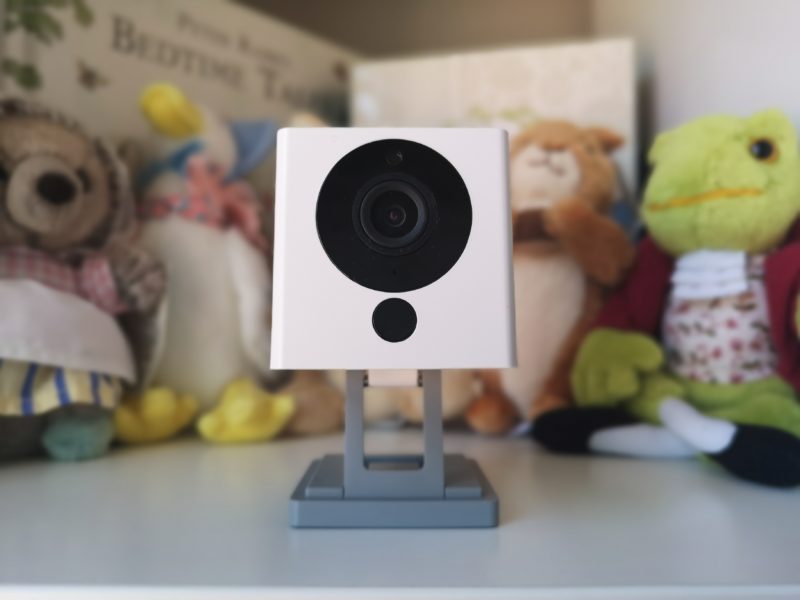 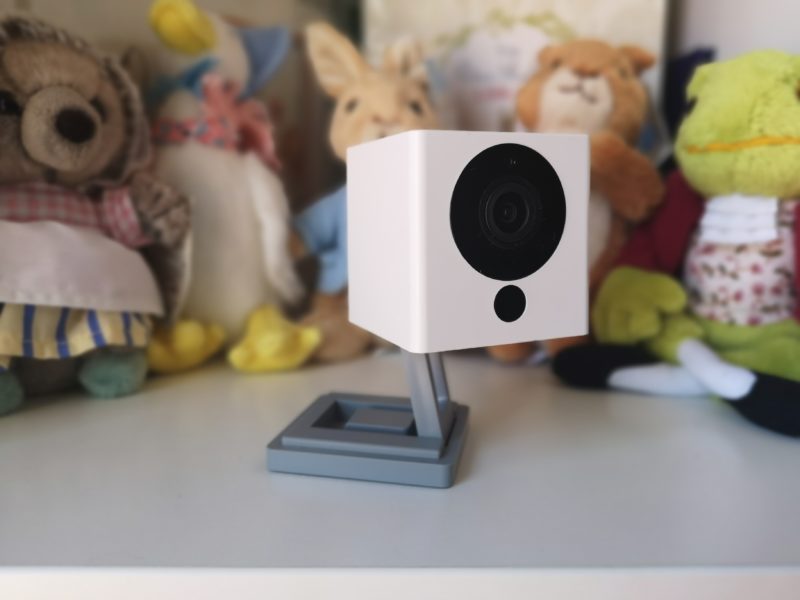 When you log in to the app it will show you a still of the camera image which, when clicked on, gives more options. You are then able to see a live feed of the camera, any notifications such as motion or sound that have happened, and you can also choose to record the camera, speak to it or take a snapshot.

The app alerts you to any movement or sound in the room where you have placed the camera. There are options within the app to set the sensitivity of both the motion and noise detection. I initially had this set on high sensitivity and the camera picked up noise from outside in the garden so it’s worth playing about with this a bit to find a setting that suits you. If the camera picks up small levels of noise then you could end up with a lot of notifications on your phone.

From the image below, which is a screenshot from the app on my phone, you can see nearly the whole of Erin’s room. It looks like the camera is up somewhere really high but it’s only on top of an Ikea Kallax unit. The only area I can’t see is the door to Erin’s bedroom.

Of course, the Neos SmartCam is also great for checking on your home at night. Sometimes John has to work late nights, and even over night sometimes, and he really misses being able to see Erin. John can download the app on his phone too and check in on Erin when he’s at work. The picture below is a screenshot of the camera view at night.

Does it work for us?

The Neos SmartCam is a really handy piece of kit and I love that it makes it possible for us to see nearly the whole of Erin’s bedroom. The camera is small, lightweight and can be moved around easily if needed.

The picture quality is fantastic and I can see everything that I need to. However, I have had a few issues with connectivity and this has been my only issue with the Neos SmartCam. Sometimes when I go into the app it tells me that the camera isn’t connected and that I need to reconnect. The app reconnects to the camera easily most of the time but sometimes it either doesn’t work or it takes quite a lot of attempts. I’m not sure if this has something to do with my house or our WiFi though.

Something I also really like is that we are able to take this away on holiday with us if the place we’re staying at has WiFi. The camera, cable and plug barely take up any space and the set up is so easy once we arrive at our location. Before, we have had to rearrange and squeeze plugs out of small spaces to be able to take our video monitor away with us so this is a fantastic alternative.

The Neos SmartCam is an affordable option for home security and a great way to be able to watch different rooms in your house. Although we use ours for Erin’s bedroom, it could easily be used to check on pets during the day if you’re at work or even just to keep an eye on your home when you’re away. 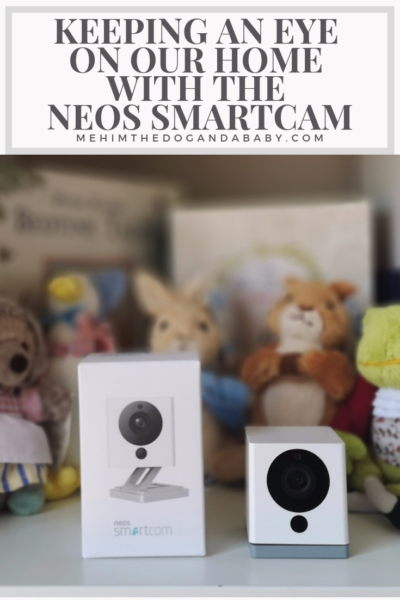