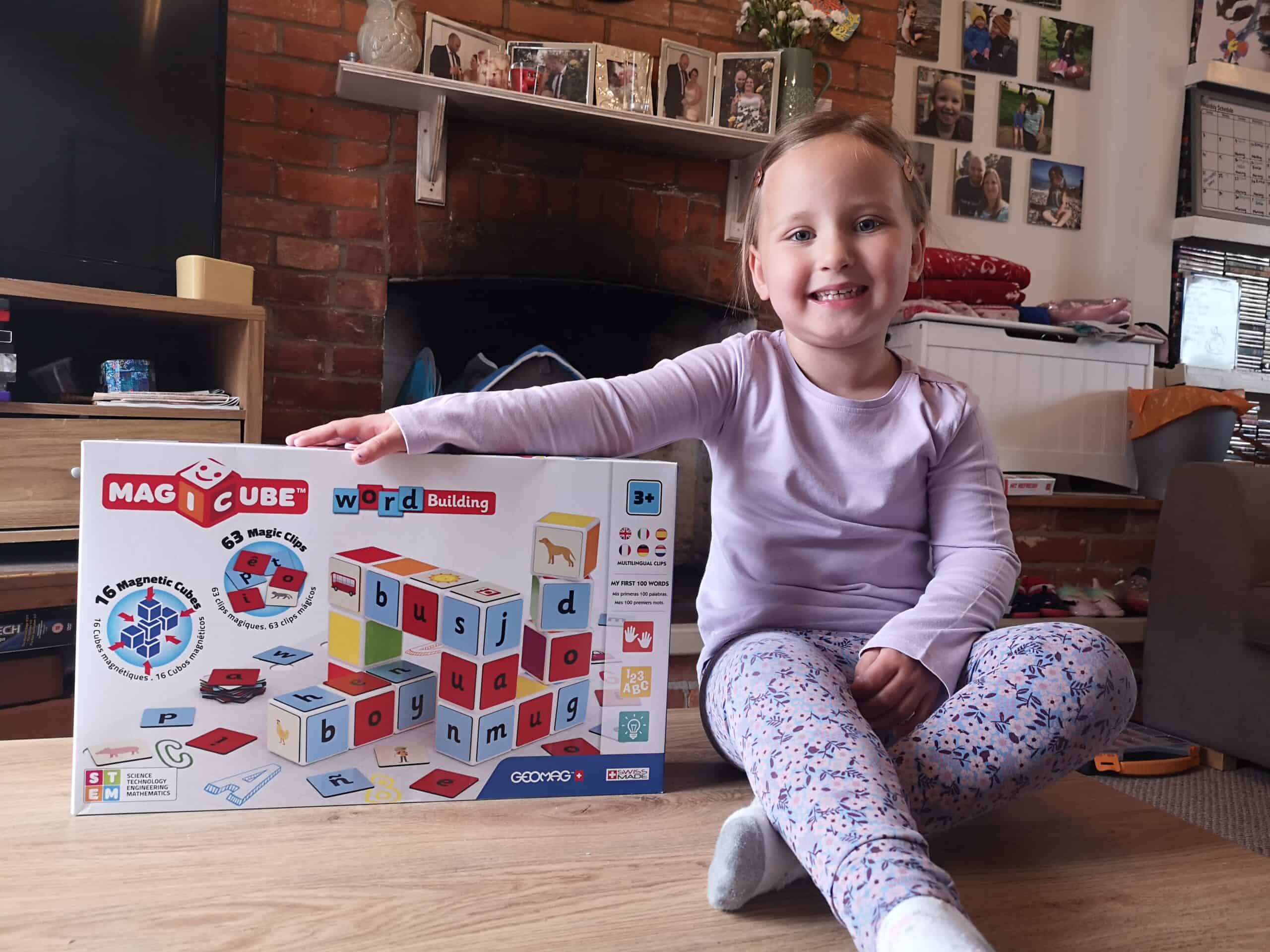 Erin is due to start Reception in September but like a lot of children, she has had a large chunk of time this year where she wasn’t at nursery. Homeschooling didn’t come easy to us and I think thanks to Erin attending a Montessori nursery, she wasn’t such a fan of sitting and doing worksheets. So, we’ve had to look for different ways for Erin to learn and I think she honestly does better at the moment if that comes through play. When I first saw the Magicube* World Building Set I thought it would be a great way to help Erin learn more about letters and spelling. 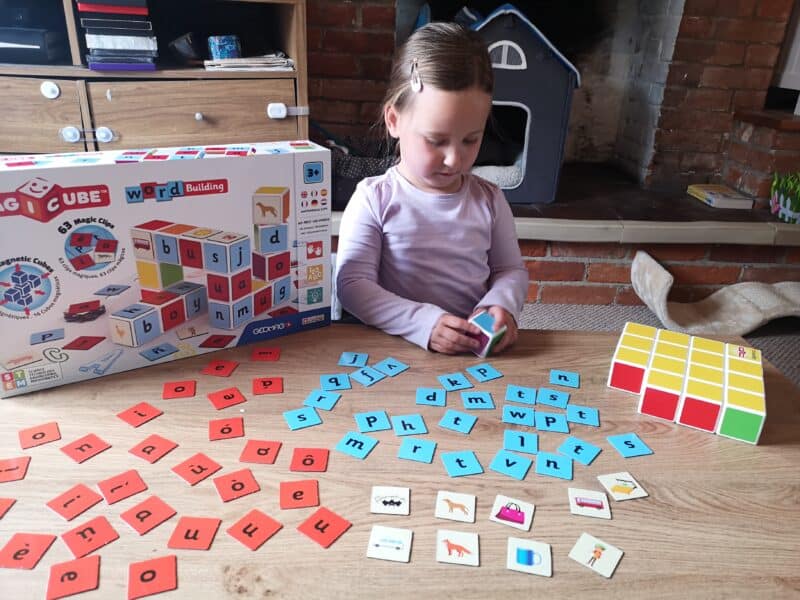 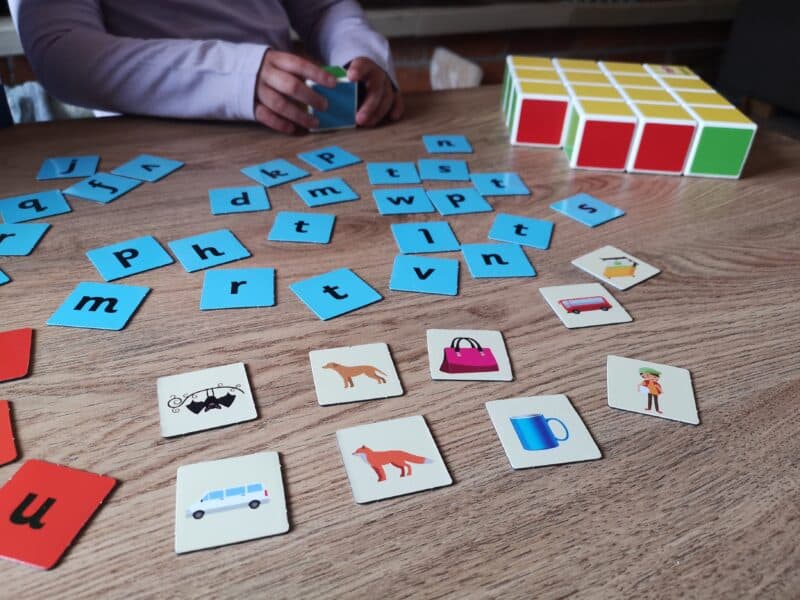 The Magicube World Building Set can be used in quite a lot of different ways. We started off by splitting the magnetic cubes up into rows of 4 and placed one of the picture clips at the beginning. The picture clips are all things that only need three letters to spell what they are so we then had enough cubes spare to spell the word. We got Erin to talk about the image and to figure out what it was that we needed to spell. By sounding out the letters to spell the word we were able to find the right letters together. 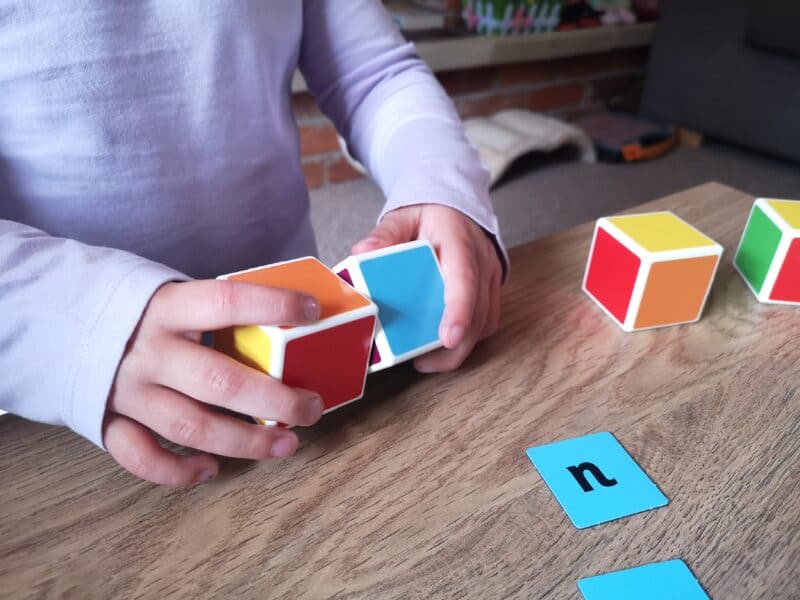 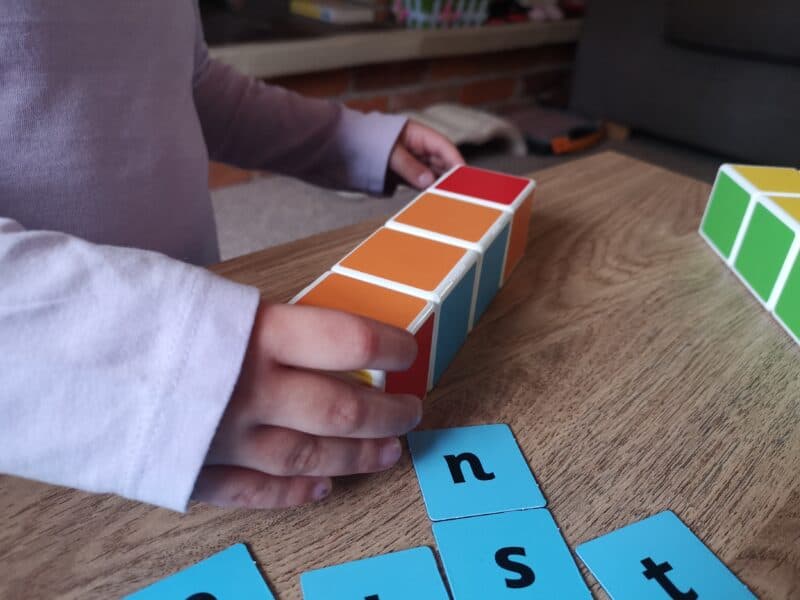 We haven’t done much with Erin at home with phonics and spelling because honestly, I don’t really know what I’m doing. I found that the The Magicube World Building Set really helped me to figure out how to help Erin and it was something we could do together. As Erin learns more letters and how to spell short words I’m sure she’ll be able to do this on her own in no time. 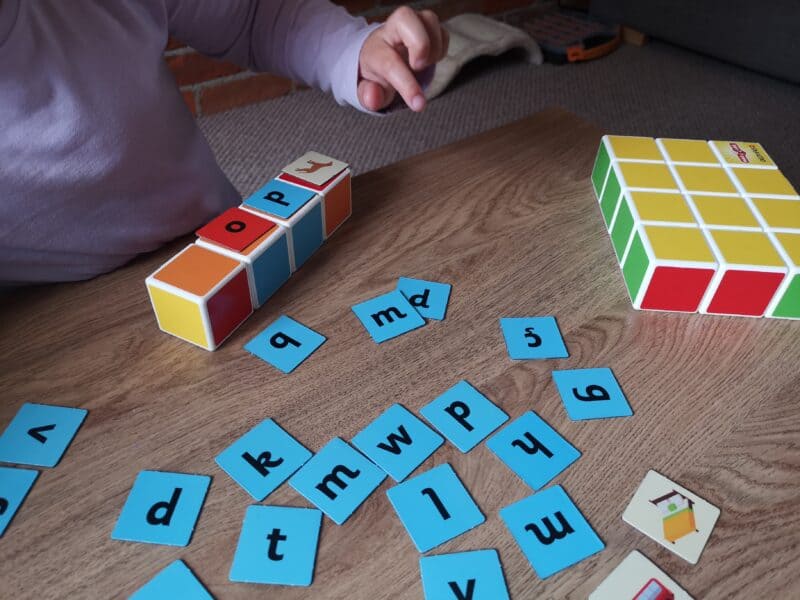 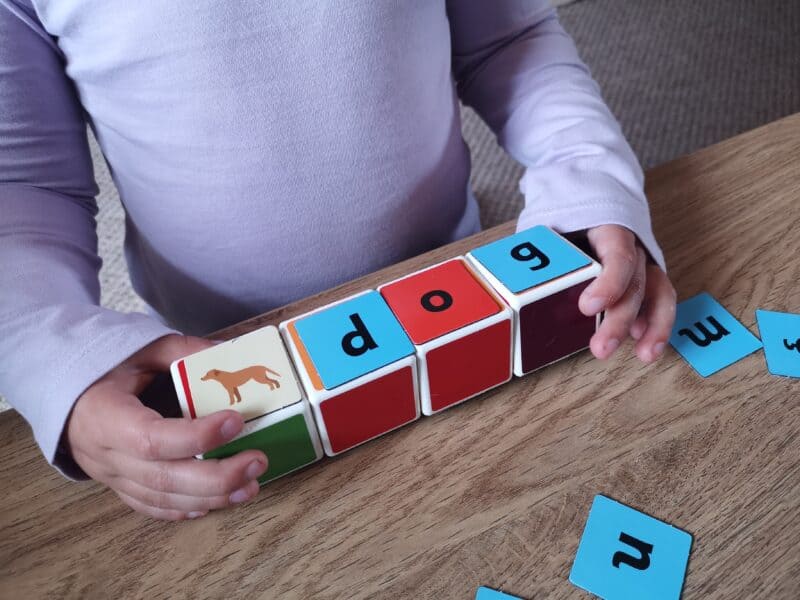 As the cubes are magnetic you can make more than just straight lines with them. We decided to make some more exciting shapes and try to learn some words that ran on from each other such as cat, tap, pen, net etc. With only 16 cubes we were a bit limited on how far we could go with this but you can use all sides if you want to do more. Additional sets can be purchased too if you just want to buy more of these for making longer words. 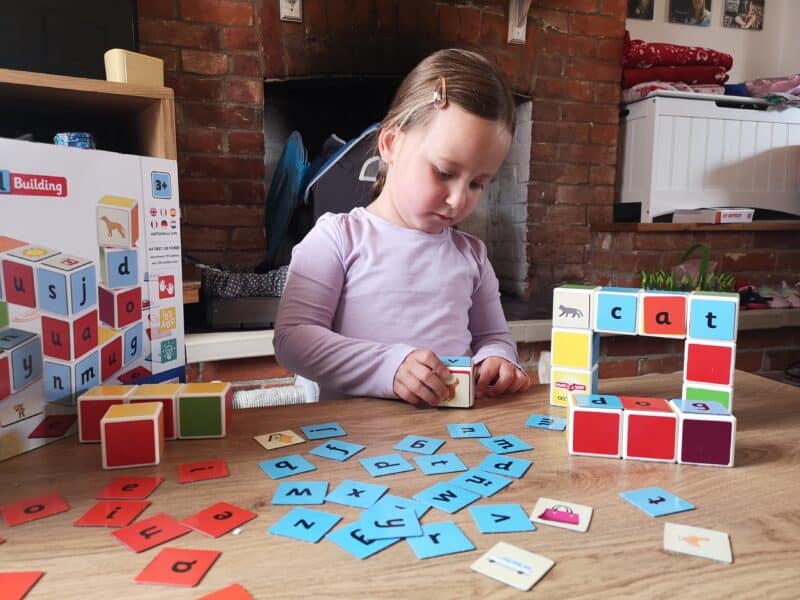 Something else that we decided to do was to go ‘fishing’ for the letters. We have some small magnetic fishing rods that came with a different game but they work well with this. I could tell Erin which letter she needed to find and she then fished it out with the rod. This was just an additional way to play with the set and to break up doing the same thing for too long. 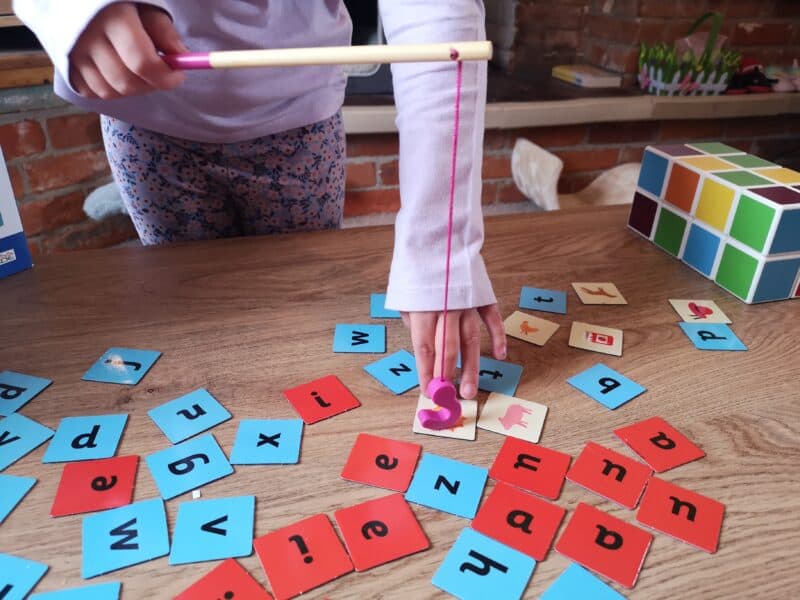 We’ve been really impressed with the the Magicube World Building Set and have since looked into what other sets are available. This is something that will last Erin for a really long time and we’ll definitely looking into getting the Maths Building set to help Erin with numbers. 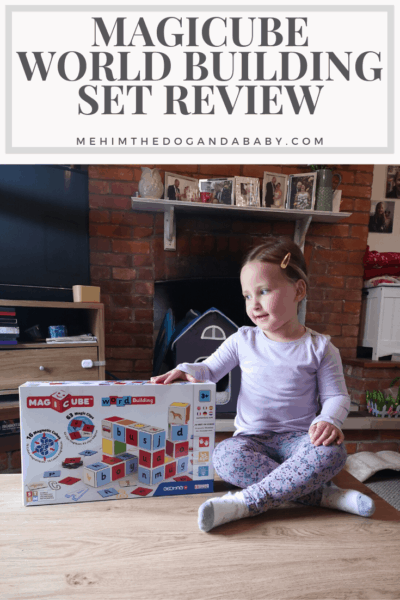