Last week we were hit with some pretty intense weather. The Beast From The East hit us quite badly in Norfolk and we found ourselves being stuck at home from Tuesday to Saturday. Even though it was cold I wanted to get Erin outside, at least for a little while. This is the first time Erin has really experienced snow and I hate for her to be cooped up indoors for too long.

While the snow is fun on its own, Erin doesn’t really know what to do with it yet so taking some extra toys outside with us was quite important. Picking toys was quite difficult though as either they weren’t suitable for the snow or they had small pieces that would get lost quickly. Recently, we were sent Stacking Stanley from the Big Wheelers range and I knew it would be perfect to take outside with us. 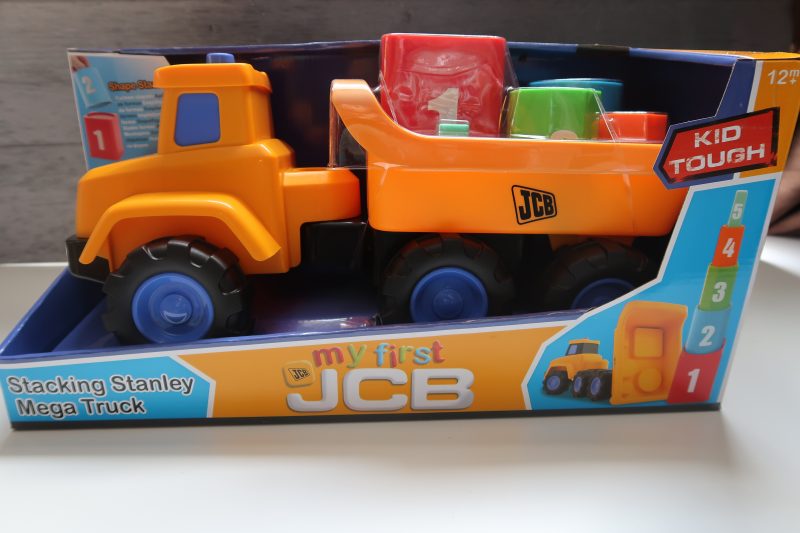 Stacking Stanley has a RRP of £24.99 and is described as a ‘mega truck’ and ‘kid tough’. This is exactly the kind of thing I need with a crazy toddler like Erin. Not only do you get the truck which is a massive 43cm long but you also get 5 colourful stacking blocks.

On the first day that we had a lot of snow we all headed outside including Stacking Stanley minus the stacking shapes! 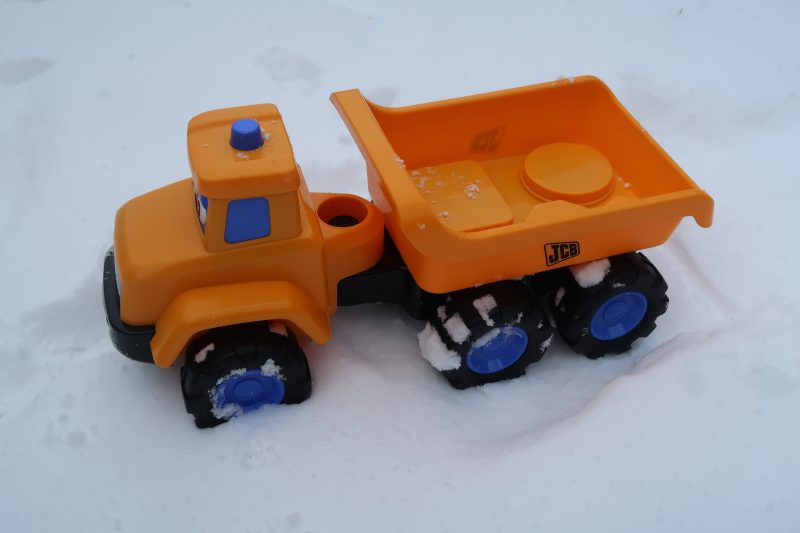 Stanley did a great job of carrying snow from one location to the next and was a massive help in us making a pile of snow that never really turned into a snowman. 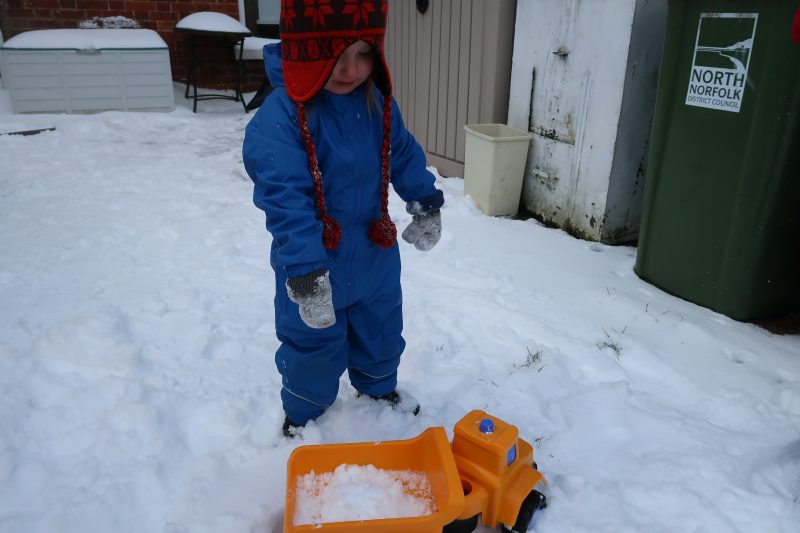 As long as Stanley isn’t left outside in the snow and the cold he’ll be perfectly fine to play outside! After playing with Stanley in the snow we brought him back inside with us so that Erin could discover other ways of playing with him. 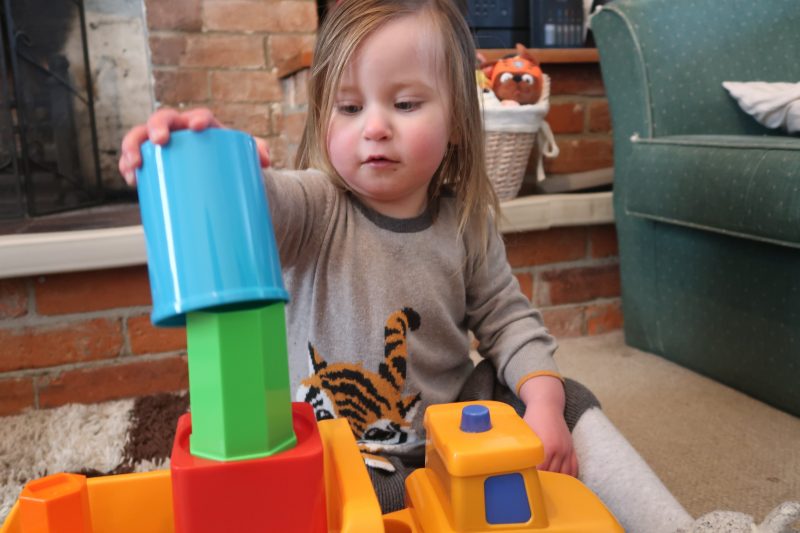 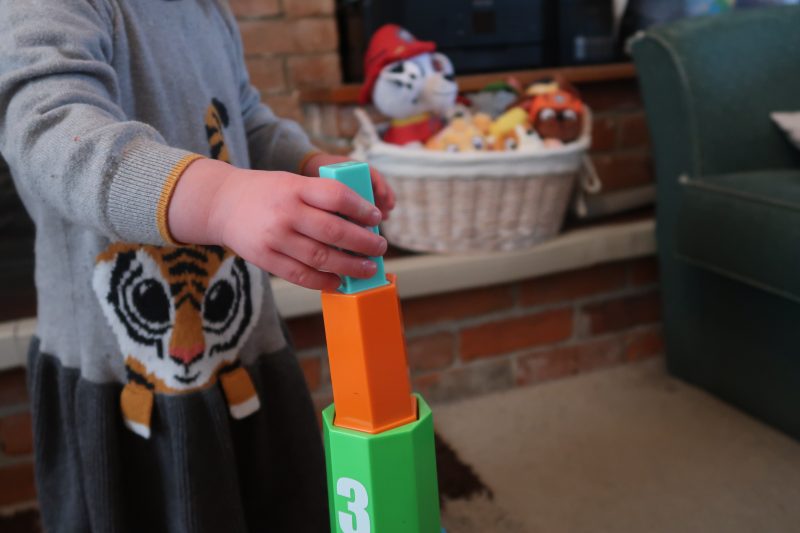 Erin really tried to complete the stack sitting down but soon realised that it was really quite tall when it was all together so she had to stand up eventually. I love that the stacking shapes are all numbered too. Erin knows 1-5 but usually manages 1, 2, 3 and then 4, 5 separately but never all together. The shapes can really help children learn their numbers and learn to count. 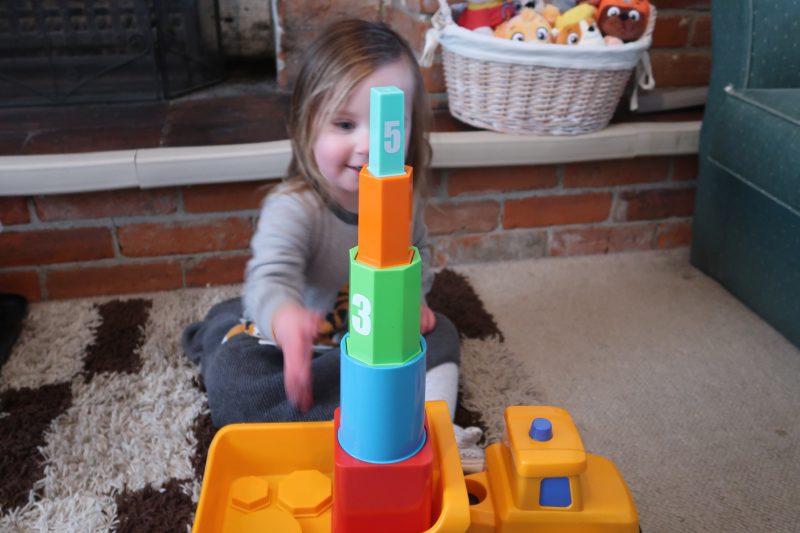 I really love toys that are versatile and this one definitely is. Erin loved playing with Stacking Stanley both indoors and outdoors and I know she’ll love playing with it in the sandpit once the weather gets a bit nicer! She has also taken Rubble from Paw Patrol for a few rides because she thinks it’s his truck sometimes too!

Fancy seeing Stacking Stanley in action? Watch the video below:

I can’t wait to see what other ways we can play with Stacking Stanley. If you have any ideas please let me know in the comments!