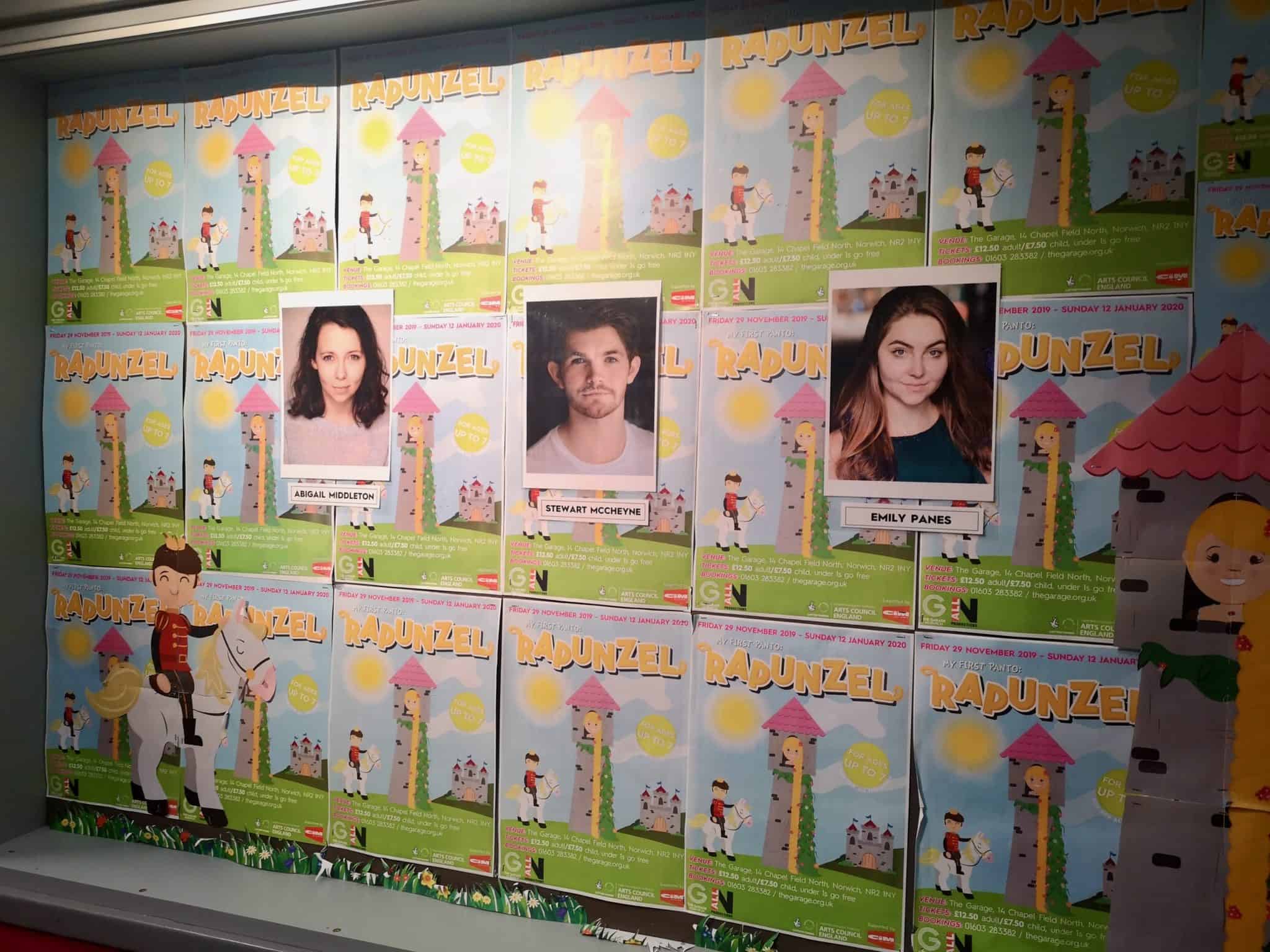 We received an invitation to the press preview of this show.

I’ll be completely honest, before this summer I didn’t really know much about The Garage which is in the city centre of Norwich. Then, last summer I saw one of their shows advertised, My First Play: A Midsummer Night’s Nap and we were invited to go and see it. Erin absolutely loved the show and getting to take part was a big deal for her. A couple of weeks ago we were invited back to watch the press preview of My First Panto: Rapunzel. 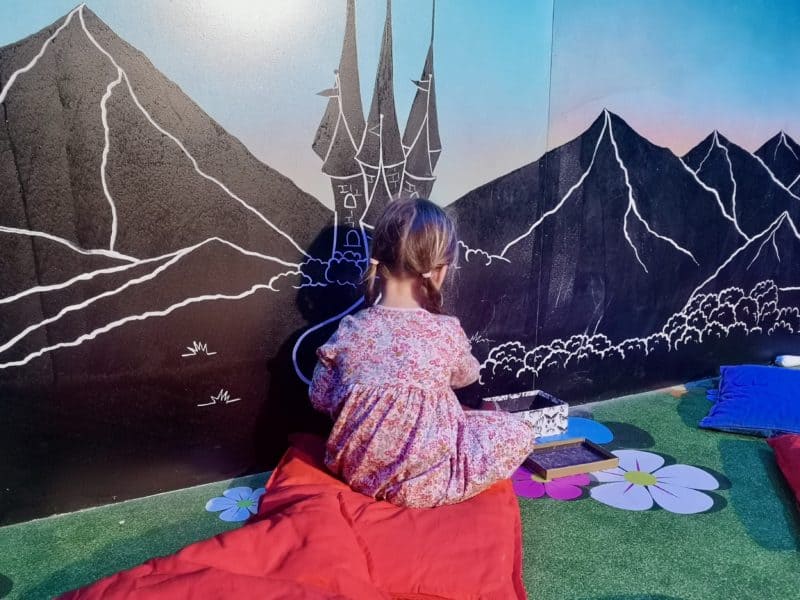 When we arrived Erin was expecting the layout to be the same as last time. It wasn’t though and instead the stage was in the middle with cushions laid out as seats all around. I really preferred this layout as there was chalkboard scenes to colour in and drawn on as well as chalk board animals dotted around. Erin particularly liked going around to give all of the animals eyes! Before the show started, the cast came out to talk to the children and get them excited about what was going to happen. Erin had drawn a picture specifically for the witch so she was glad to have the opportunity to give it to her. 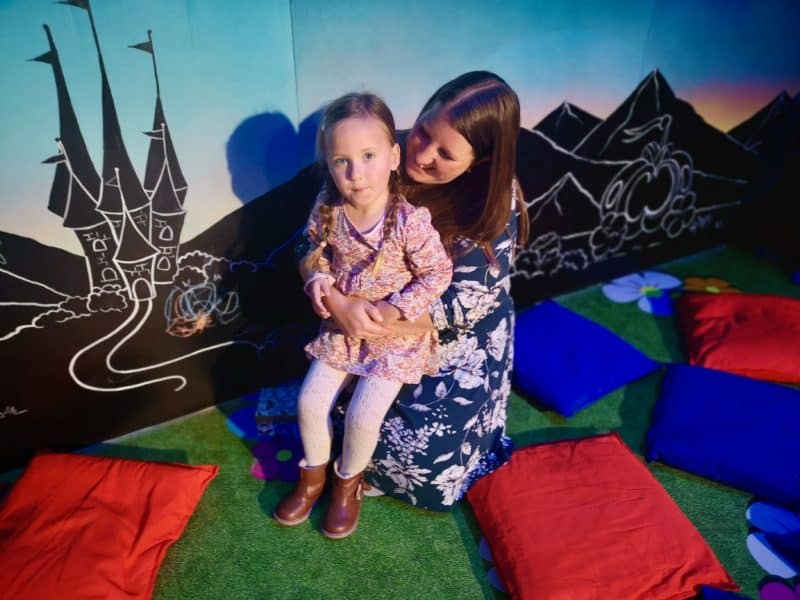 As soon as the show started Erin was so excited. She sat and listened to the beginning of the story really well but as soon as there was an opportunity for audience participation, she was up and right in the middle of the stage. I think she was itching to get up there and be a part of the show and it was nice that quite a few of the other children did as well. This is the kind of show where children are encouraged to take part but if they don’t want to then that’s absolutely fine too. 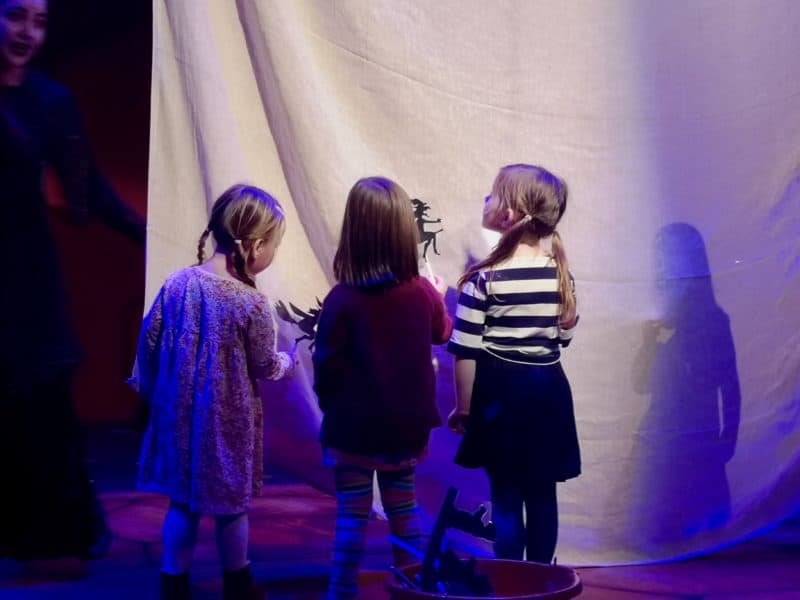 Another thing worth mentioning is that this show, and the others they put on throughout the year in the My First series, are really relaxed. It doesn’t matter if your children move around during the show, it doesn’t matter if there’s noise or you need to get up to go to the toilet or need a drink! I think this kind of theatre is ideal for children as I know how hard it is for them to sit still sometimes. Erin would definitely struggle to sit still for 60 minutes without being able to move around. 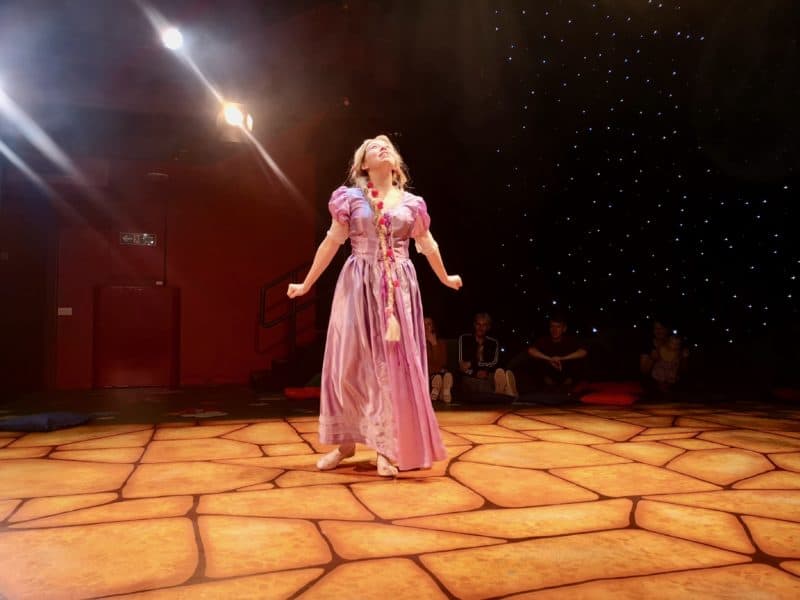 My First Panto: Rapunzel is a small production with only 3 cast members but I think this makes it easier for children to understand what’s going on. Shows that are too big can get confusing, especially for children like Erin who is only nearly 4. The cast obviously act their parts but they also all sing and play instruments throughout the show. Erin was particularly taken with Emily Panes who plays the witch but I thought everyone was really good. 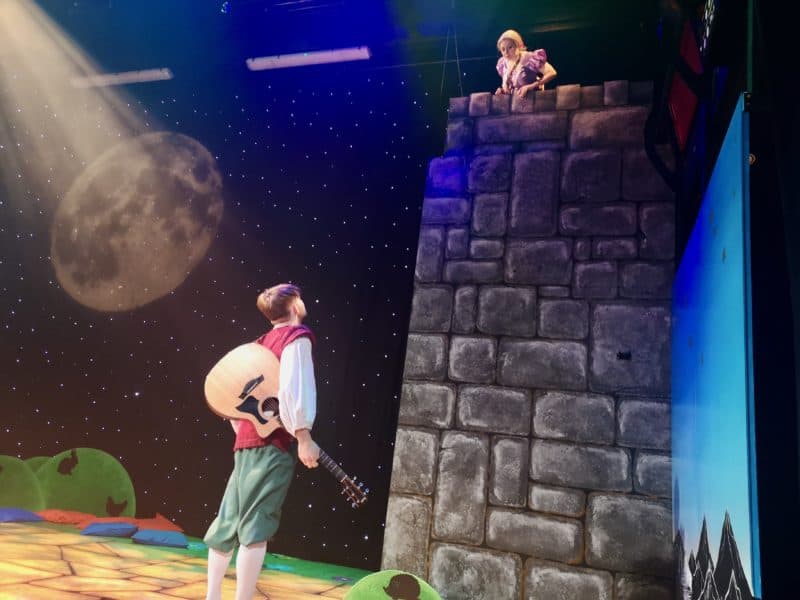 Erin enjoyed My First Panto: Rapunzel so much that she asked when we can go back to see something else. Next year’s shows will be After the Storm (The Tempest), The Jungle Book and Goldilocks and the Three Bears and I hope we can go to all of them! 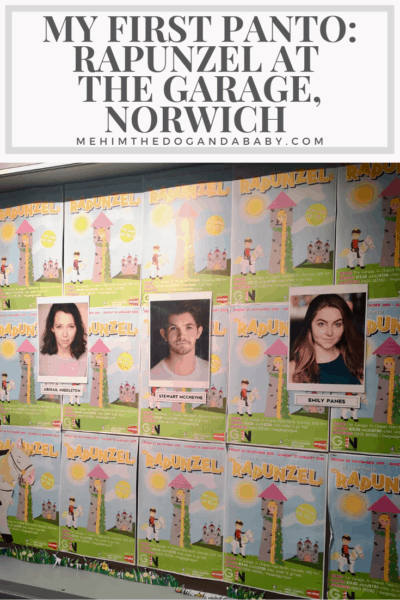 1 thought on “My First Panto: Rapunzel At The Garage, Norwich”