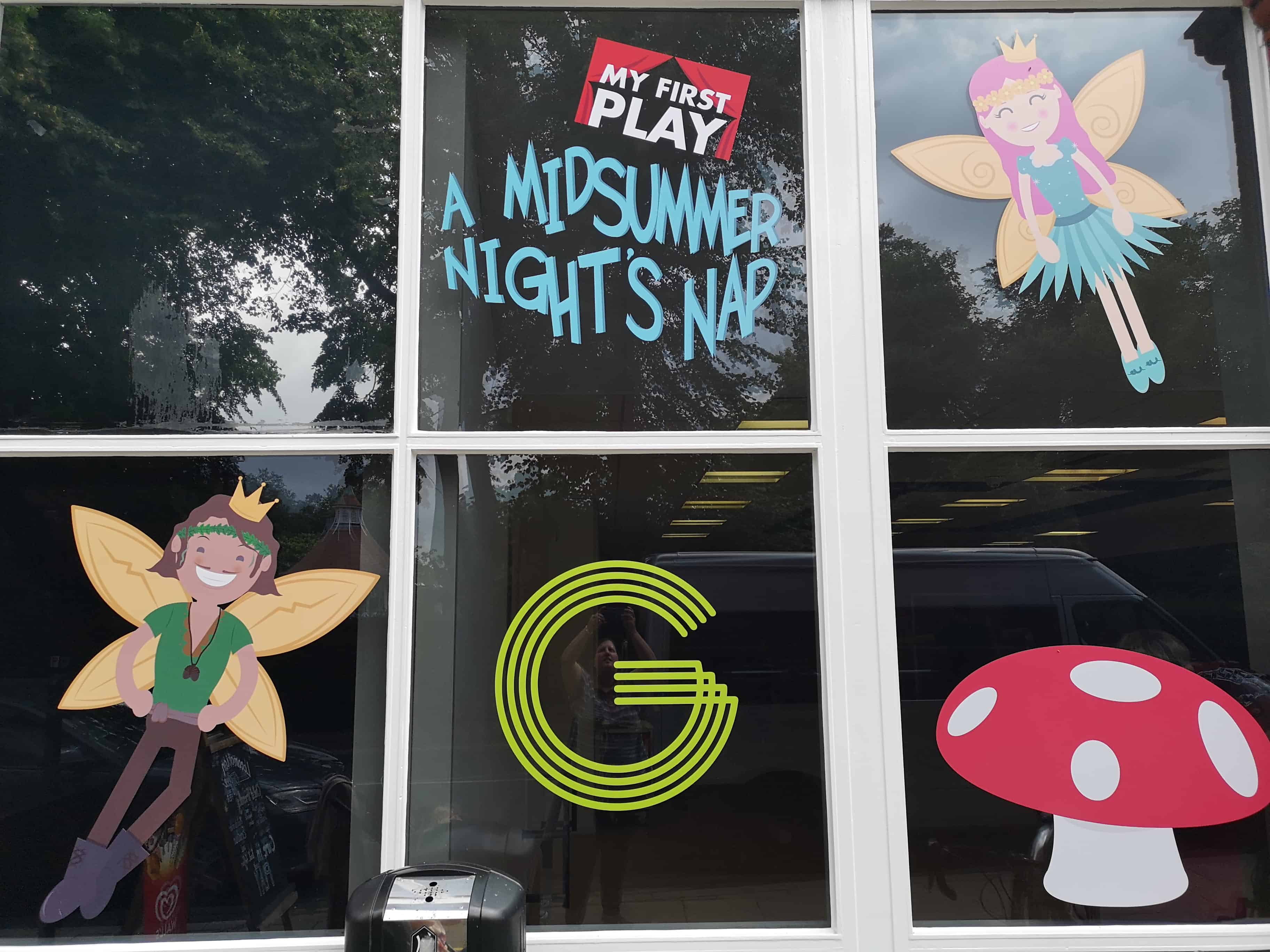 Ever since I first took Erin to see a show at the theatre a couple of years ago she has been so excited about going back. We’ve been to see a few shows with characters from cartoons that she likes but we had never been to see a play. I guess I thought Erin was too young for a play but we recently went to see A Midsummer Night’s Nap at The Garage in Norwich.

A Midsummer Night’s Nap is part of the ‘My First’ series and it’s a retelling of Shakespeare’s A Midsummer Night’s Dream for ages 2 to 7. Having never been to The Garage before, I really didn’t know what to expect. As you walk in to the theatre you head through some beautiful twinkly lights and this immediately got Erin excited.

The theatre isn’t your conventional kind of theatre as, although there are seats, there is also a large area on the floor to sit on. There was loads of cushions laid out on the floor and chalk board flowers for the children to colour on. It was great to be able to spread out, get comfortable and also be so close to the stage as well. 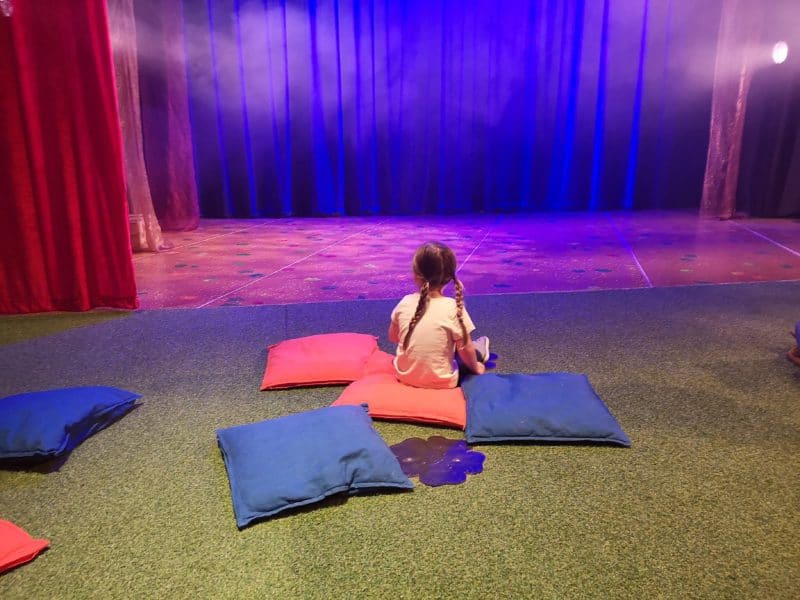 As the show started, and the cast introduced themselves, they really helped the children to feel at ease. They explained that it was totally fine to move around, talk, sing, go for a wee etc. and they didn’t have to just sit still during the performance. To make things even more fun, the children got to dress up for a bit before the show really started and Erin had loads of fun doing this. 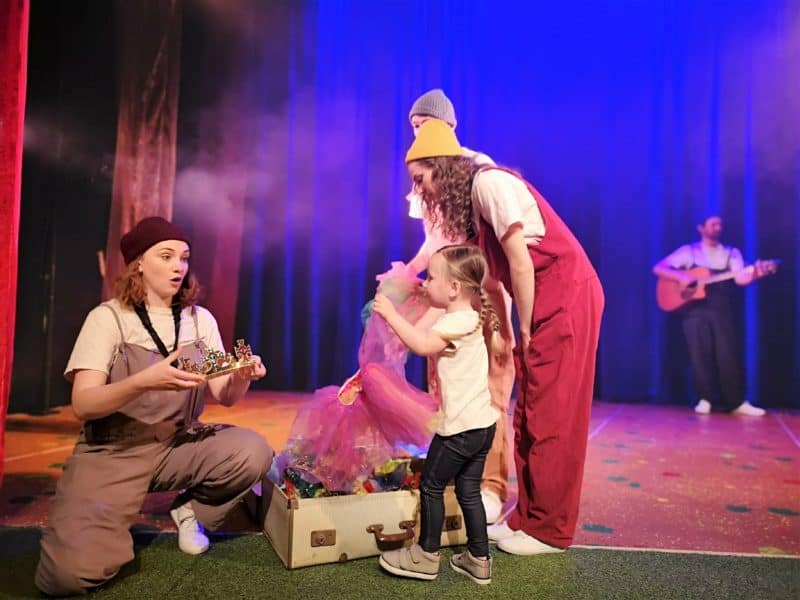 When the play really started Erin was transfixed. I’m not sure if she really followed the story but her eyes didn’t leave the stage and what was going on. The play only has a cast of 4 but each of them were wonderful and really had a great stage presence. Not only were they really good with telling the story but each of them played musical instruments and sang songs as well. 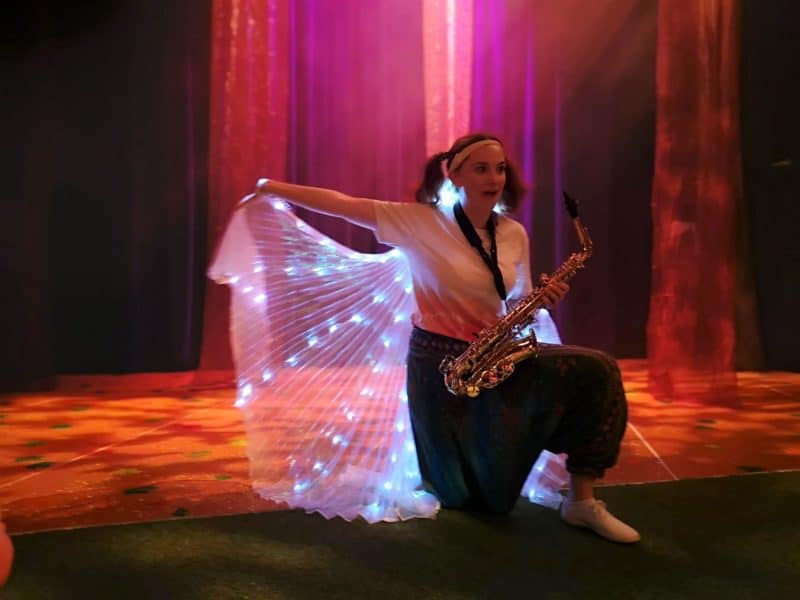 As this is a retelling of A Midsummer Night’s Dream, the story has fairies, a donkey and lots of funny moments. Erin especially liked the fairy wings that lit up and the parts with the donkey. We went to see the play on a pretty quiet day so we were able to sit right at the front of the stage and right up close to everything that was happening. I think that this really helped to keep Erin as excited as she was the whole way through. 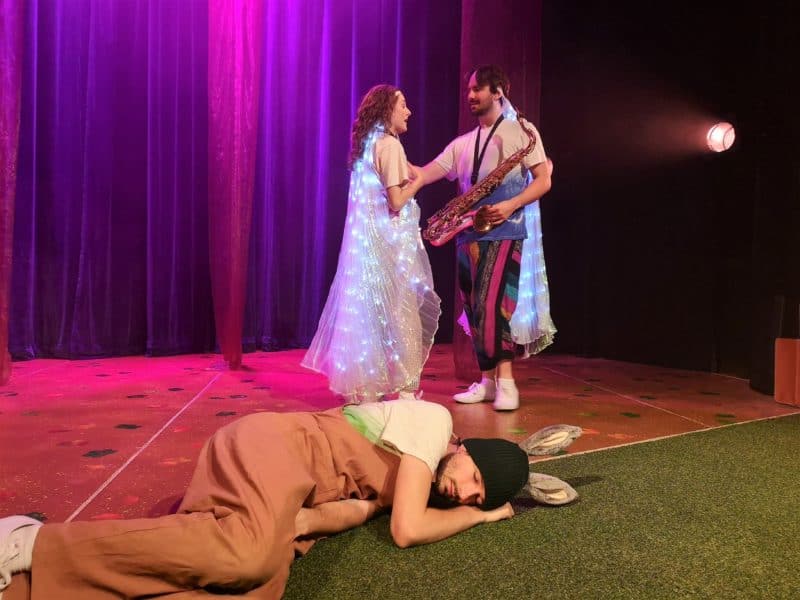 Something that I wasn’t expecting from My First Play: A Midsummer Night’s Nap was audience participation. At one point, Erin and myself were chosen to come up on stage and help to be the wall! I think getting to do this part of the play really made Erin’s day. Not only did we get to go on stage and help with the story but I got to read out a few lines. One really love woman in the audience took some photos for me while we were on stage and I was so thankful. I didn’t know her, and I didn’t ask her to, but she sent me them later in the day. 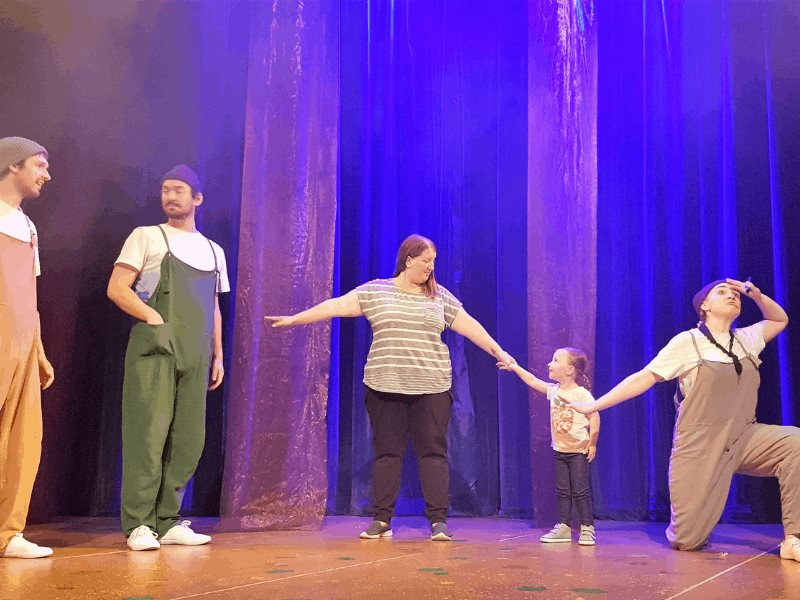 My First Play: A Midsummer Night’s Nap is an absolutely magical way to introduce children to theatre, plays and Shakespeare. Children are not confined in any way and are therefore able to fully immerse themselves in the world created on the stage. It took only minutes after we left The Garage for Erin to ask if we could go back and see something else there again soon. I know there is a ‘My First Panto’ on over the Christmas period so we’re definitely going to have to see that.

Find out more about what’s on at The Garage here. 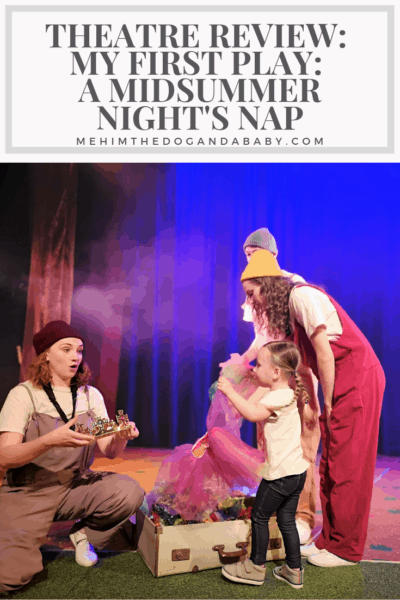