For as long as I can remember Erin has loved Paw Patrol. It was the first cartoon she ever liked and she still loves it now she’s nearly 3. We’re not quite yet at the stage where Erin wants to play with the expensive figures and sets so we’re always on the look out for something else Paw Patrol themed for her to play with. Ravensburger recently sent us the Paw Patrol 4 x Large Shaped Puzzles in a Box for Erin to try though and here’s what we thought of them!

The puzzles come very simply packaged in only a cardboard box. When I opened up the box I was expecting that each of the 4 puzzles would come in it’s own little bag but unfortunately, they don’t. All of the pieces for the puzzles are in the box all mixed up. Erin won’t be doing these puzzles on her own just yet but I think she would get very frustrated and give up quickly if she had this put in front of her. 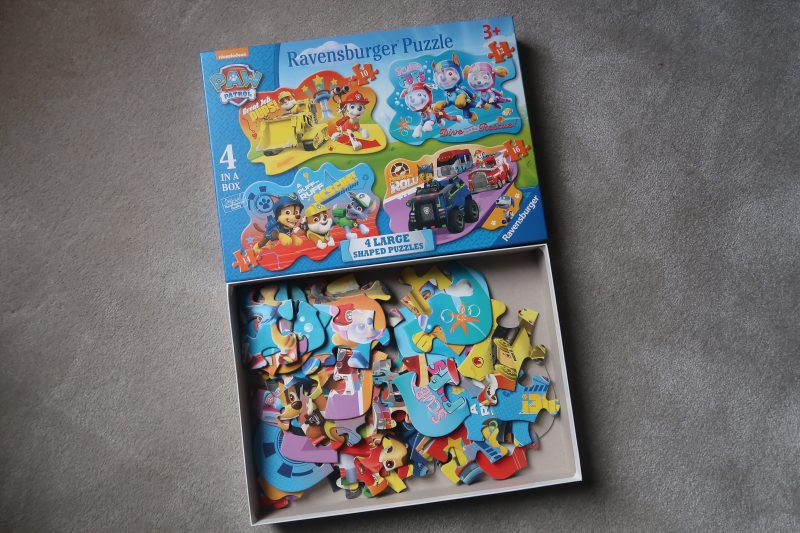 It took me a bit of time but I separated all of the pieces for Erin so they were piled together for each separate puzzle. This way, Erin was able to tackle one at a time without having too many pieces to look at. These puzzles are aimed at children aged 3+ so I think it would have been a little bit easier had they been separated to start with.

The 4 puzzles come in different sizes with 10, 12, 14 and 16 pieces so there is varying levels of difficulty. Erin is still only just getting started with playing with puzzles so I liked that there was an easier option for her to start with.

All 4 of the puzzles are really brightly coloured and they have fun scenes to put together. I really liked that each puzzle was really different and they were in different settings such as underwater or on the vehicles. When there are 4 puzzles to do I think the variation really helps to keep children interested in what they are doing. 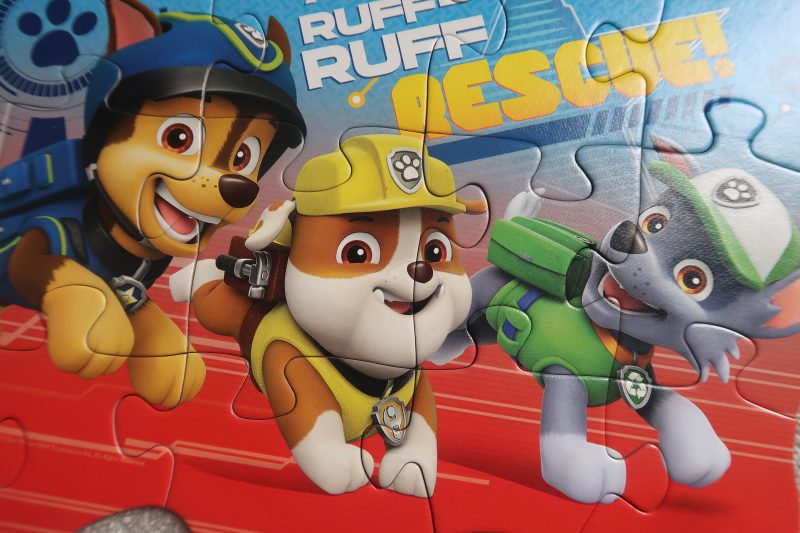 As a parent, I did notice that Skye was only on one of the puzzles so it would have been nice for her to either be on more, or for Everest to be included as well. However, Ravensburger do various Paw Patrol puzzles so there are other options available. This isn’t something that bothered Erin about the puzzles though so I doubt children would even notice. I think it’s just me being overly picky. 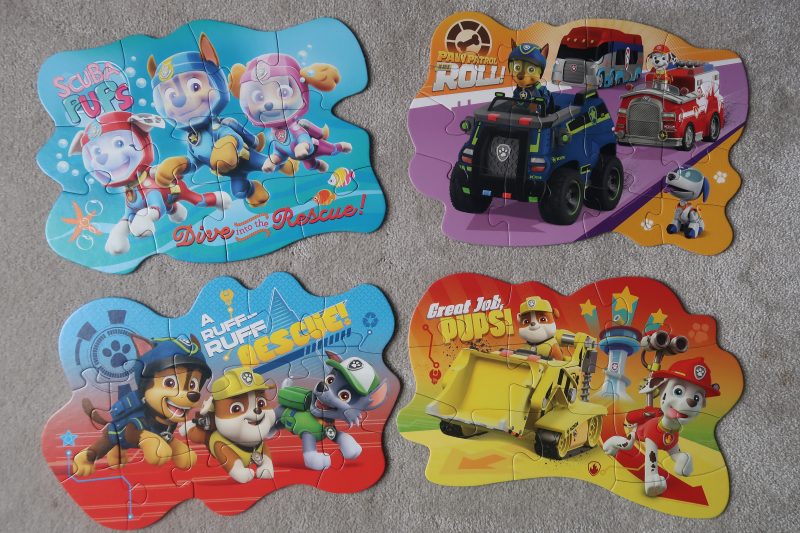 Overall, this puzzle set, which only costs around £10 is great value for money and a fantastic toy for any Paw Patrol fan. It would make a fab birthday or Christmas gift too!

You can buy these puzzles on Amazon.