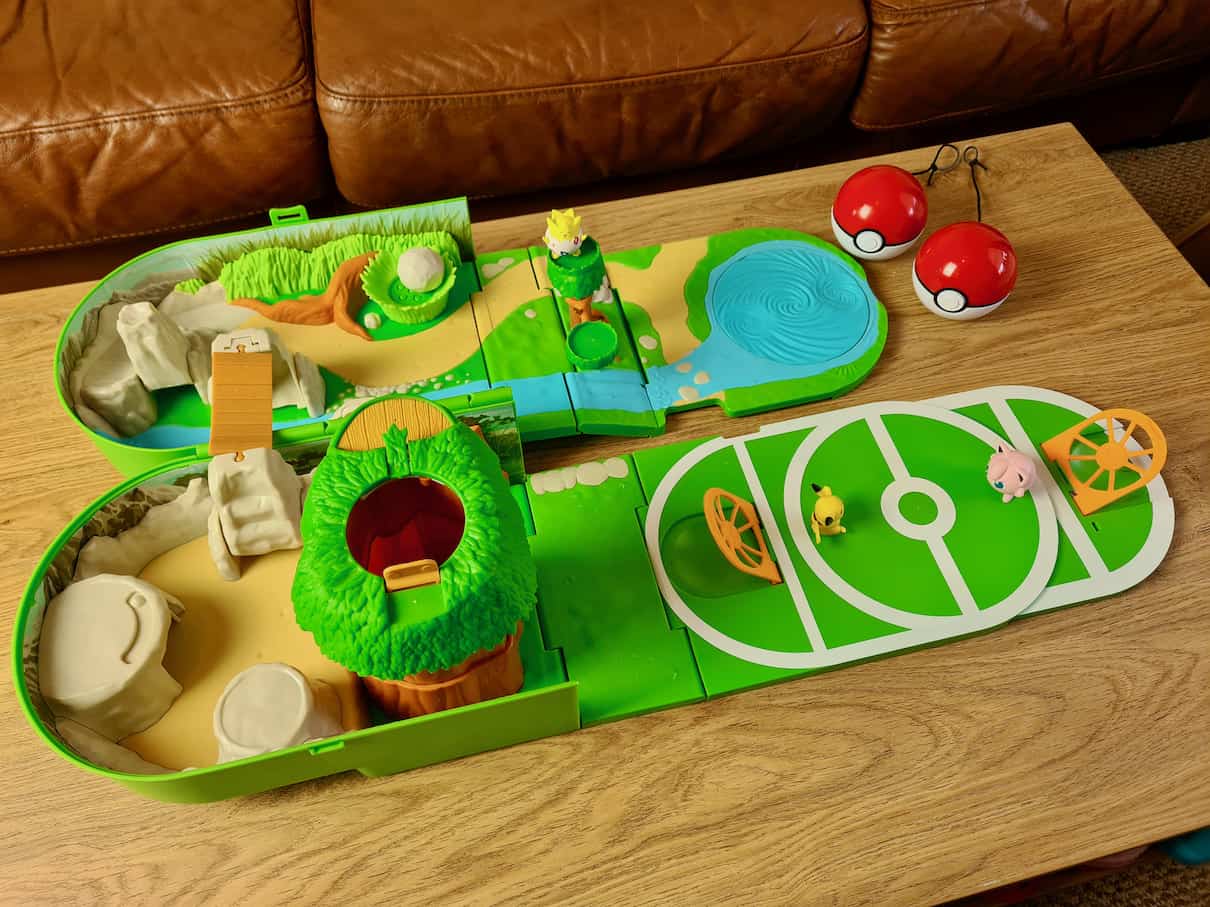 Towards the end of 2020 Erin discovered Pokémon and ever since then she’s been a bit obsessed. Although we had already finished shopping for her Christmas and birthday presents we knew that we had to add a couple more, Pokémon themed of course. While we bought her a few sets of figures, my sister got Erin the Pokémon Carry Case Playset*

Ash, main character from the Pokémon television series, has a pretty iconic green backpack and that is what the Pokémon Carry Case Playset is based on. As soon as Erin opened her present she was excited because she had a backpack the same as Ash. It wasn’t until we opened it up that she realised there was a lot more to the present that it being a backpack.

The Pokémon Carry Case Playset opens up to reveal two separate halves which then fold out to reveal the playset inside. The two sides fold out to make separate sides to play with, and each comes with loads of different features and things to do.

The features of the Pokémon Carry Case Playset include:

The different areas of the playset really make this

The Pokémon Carry Case Playset can be used with any 2 inch Pokémon figures. You get a Pikachu with the set but if you want any more, you will need to buy these separately. As the playset comes with a battle area, I think it would have been nice to include 2 Pokémon so children can at least have a battle immediately. However, we were able to plan for this in advance and Erin had quite a collection to play with.

This has definitely been Erin’s most played with toy that she got for Christmas and she finds loads of different ways to play with it. The Pokémon Carry Case Playset is a great toy for any Pokémon fan! 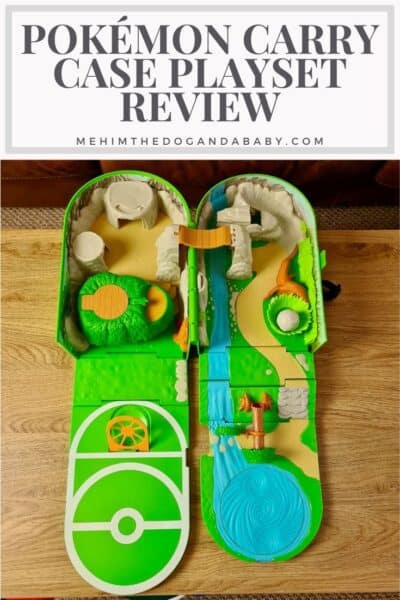