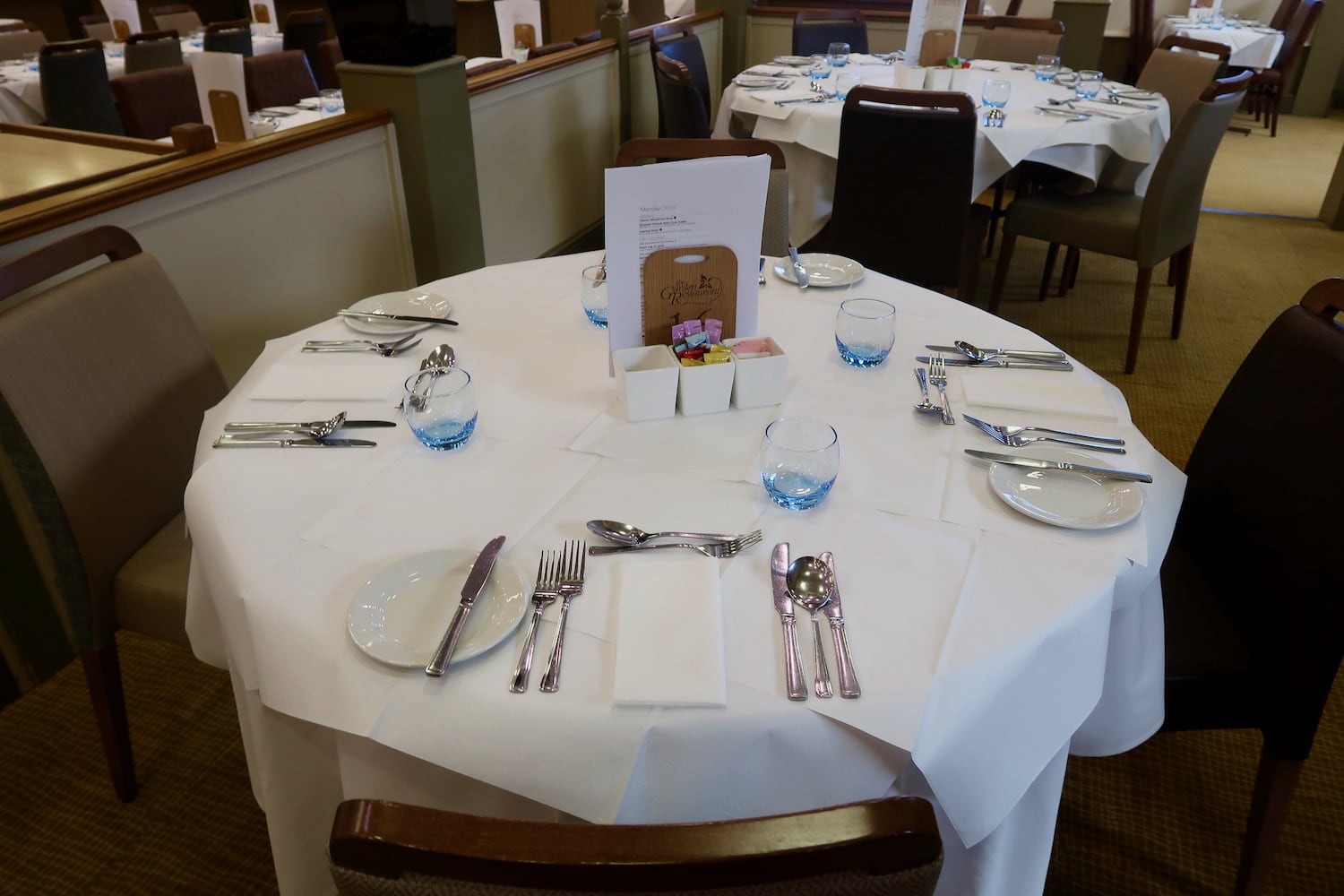 One of the biggest things that attracted us to a break at Potters Resort in Hopton-on-Sea was that it’s a 5 star all inclusive resort only an hour down the road from where we live. We’d been on an all inclusive holiday before in Majorca and it was nice to not have to think about the cost of food or having to cook.

When we checked in for our break at Reception we were advised to head over to the Garden Restaurant before dinner to find out who our server would be and what table we would be at. On a Potters break you are allocated a table that you use for the entire break and a server who will be with you for every meal. It was nice to go over before the first meal to see the layout and to at least know where we would be sitting.

We had a large round table in the front of the restaurant and our server’s name was Izzy!

Breakfast was served between 8am and 10am. Each morning the table would be set up ready and Izzy soon got into a routine of bringing us toast as soon as we arrived and making sure we had lots of little butter portions and jam.

The breakfast menu was the same for the duration of our stay and it offered 4 different options that you could order as well as hot breakfast buffet, fruit and cereals. John tended to order something from the menu most mornings due to there being fish options while me, Mum and Erin went straight over to the buffet or the cereals. If you did order from the hot menu then the food only took a few minutes so there wasn’t any time where someone would be waiting for food while the others had theirs.

The hot buffet consisted of eggs, sausages, bacon, hash browns, beans and tomatoes. On the lower level of the restaurant there was two serving stations (1 on each side) so there was never much of a queue to get your food and all of it was always fully stocked and nothing ran out the whole time we were there.

If a hot breakfast wasn’t your thing then you could also help yourself to things like cereals, fruit and yogurt as well as bread rolls (which we loved). The help yourself sections were so good for guests with families as it meant that you could get your children sorted immediately without them having to wait to eat.

Just like with breakfast the lunch menu had a few different things that you could choose from, generally from 4 different options. Some of these were things like ham, egg and chips, curry or fish and chips although the choices changed each day. The menu was really quite varied each day and there was something that most people would enjoy.

If you didn’t fancy anything from the menu you there was also a really large salad table and jacket potatoes to choose from. Mum tended to have this most lunches because we knew that we’d be having a large dinner. There was a lot of choice on the salad table and you could really make a large meal out of that if you wanted to.

The children’s menu catered for most and the choices were okay every day. Between 12 and 2pm you could always get a burger but there was also an additional option for children on the hot buffet such as a bacon and cheese turnover or a cheese and onion slice. There would also always be chips and beans available as well.

We found that there was really something for everyone at lunch and if you didn’t want something massive you could just have something simple like chips and beans if you wanted to.

Dinner was a bit more formal and served between 6:30 and 8pm. For dinner you had a choice of 3 starters and 3 mains which you had to ask your server for. There was always a hot option on the buffet as well as a carvery option each evening.

We didn’t always have a starter and it really depended on what the choices were and what we all wanted for our main course. I, for example, had a carvery most evenings and that was really filling. John on the other hand made the most of being able to have something that he wouldn’t usually have at home.

The main courses were always great and we all enjoyed this one the most. For John he could have something different or is favourite… fish, while I was able to get meat and vegetables from the carvery. Main meals only took a few minutes to arrive due to them being plated up constantly in the kitchen so we still all ate at the same time no matter what we had chosen. There wasn’t one meal that someone didn’t like.

Now, dessert was maybe my favourite part of dinner. Each day there was a staple of 8 choices such as lemon meringue, profiteroles and cheesecake but each day there would be one new option as well. We had all sorts from apple crumble to chocolate sponge and jam sponge with each of them being absolutely delicious.

For children, they had a choice of chicken nuggets, chips and pasta with 2 sauces every evening as well as another option on the menu. Erin was quite happy with this and there was something for super fussy eaters as well as children who might be a bit more adventurous.

We all really enjoyed the dining at Potters Resort and always looked forward to going back for another meal. Something I will say is that nothing is too much trouble. On one occasion John had a meal with dauphinoise potatoes and they looked great so I asked for a separate bowl for Erin. Another time a main meal was chicken breast in sauce but I wanted it plain so I could get vegetables from the carvery to go with it and this was absolutely fine. There was no ‘let me check’, it was always just yes okay and they went and got whatever I’d asked for.

Although we definitely ate way too much during our 4 night stay we went home missing the meals and we can’t wait to go back. 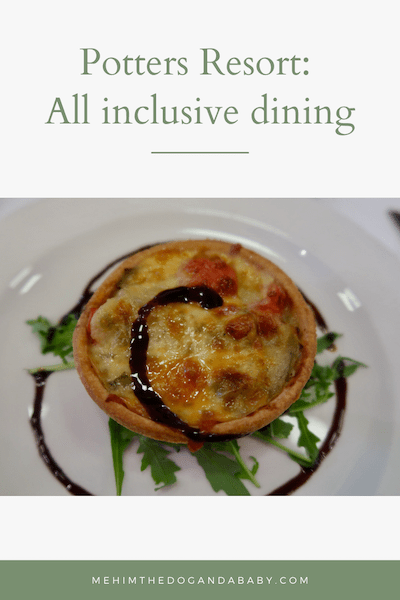