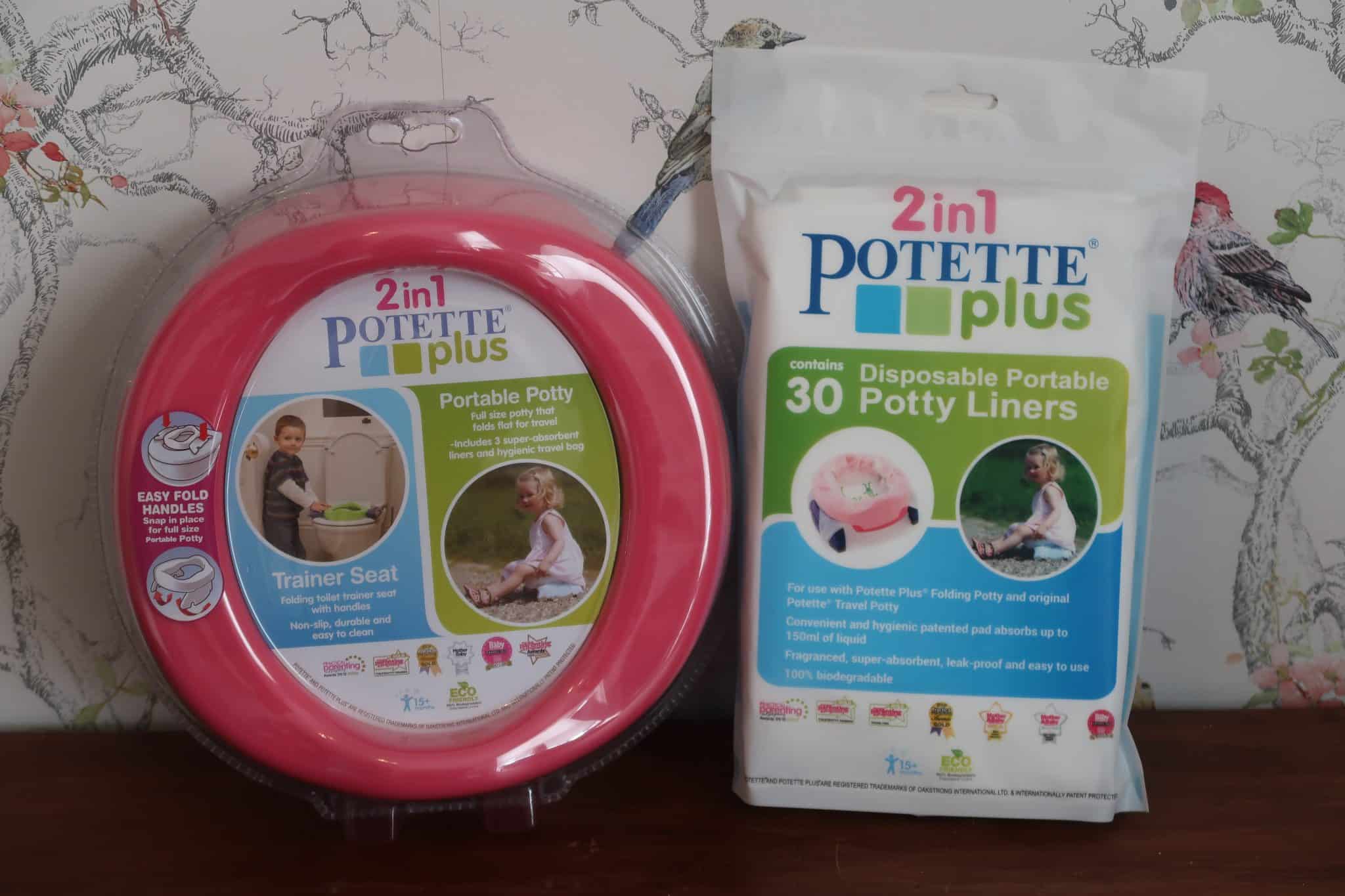 Being a family who don’t drive can make days out or trips a bit of an issue. Without a boot to put everything in we either have to rely on suitcases, backpacks or putting bags on Erin’s pushchair. Now that Erin is potty trained she really hates to wear a nappy while we’re out and about and sometimes she decides she needs to go for a wee quite quickly. She hasn’t quite mastered the art of being able to hold it while we look for a toilet and even then, we usually need to take the big toilet training seat out with us. That’s definitely not practical especially if we don’t have the pushchair with us. We were recently introduced to the Potette which we thought would be a lot better for us.

If you haven’t heard of this product before then the Potette is a 2 in 1 travel potty and training seat. Unlike a regular potty, the Potette has a hole in the middle where you put disposable liners which turn liquid into gel. The Potette costs £16.50 and comes with 3 liners and you can buy an addition 30 liners for £10.99 from the Cheeky Rascals website. 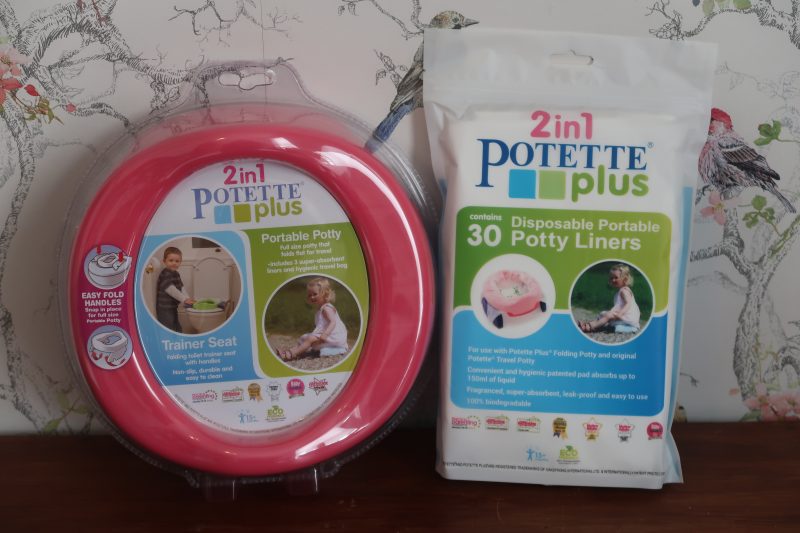 One of the main things that attracted me to this potty was how small it folds up. As I said earlier, we don’t drive and taking a big toilet training seat or potty out with us just isn’t practical. The Potette has legs that fold in, making it quite flat and compact. The legs click into place securely to form a travel potty or you can use it as a toilet training seat as well. Erin is quite happy to use either but sometimes using it as a toilet seat isn’t always an option. We have actually had to pull over at the side of the road while in someone else’s car because Erin needed a wee right then and the Potette was there ready for us. Other times we have been somewhere with toilets but Erin gets worried about the adult sized seats so this makes her feel a lot more comfortable and safe.

When I first heard about the Potette I was a bit dubious about the liners. I honestly just thought it would be like having a wee in a plastic bag. That’s really not the case though. The Potette can be loaded with 3 liners at a time which means you don’t need to faff around getting it ready when your child needs to use it. This can be done in advance. When liquid is in the liner it is absorbed and turned into gel so there is no worry about leaks. After a liner has been used you can just tie it up and dispose of it like you would a normal nappy. 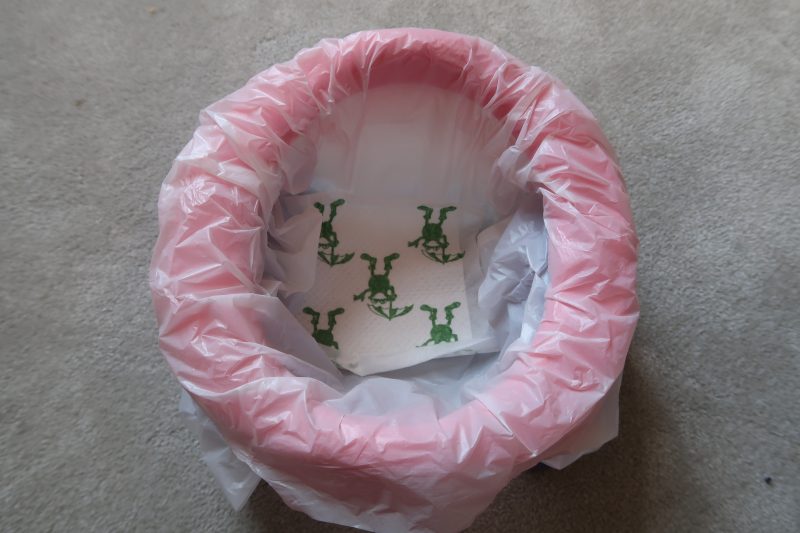 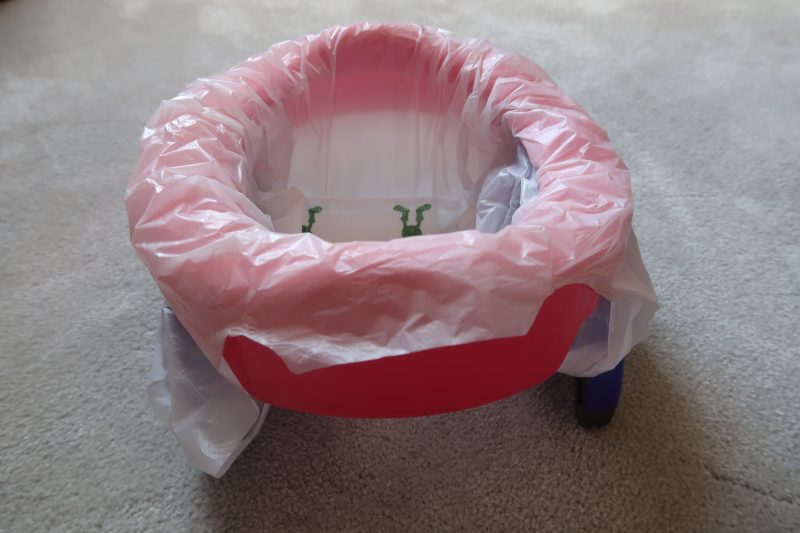 The liners do seem expensive at £10.99 for 30 but this isn’t a potty we will be using on a regular basis. As we are only going to use this when we go out, or travel, we won’t need to buy too many liners.

The Potette also comes with its very own carry bag. Not only does this mean that you have a hygienic way to carry the potty around but it also means you can hang it from pushchair clips if you need to. This means you’re not using up valuable basket space and you will be able to get to the Potette quickly and easily when your child needs to use it. 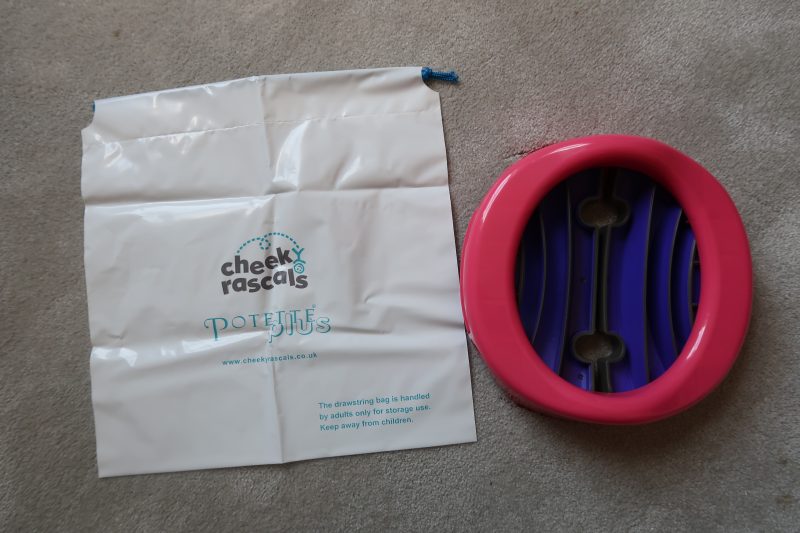 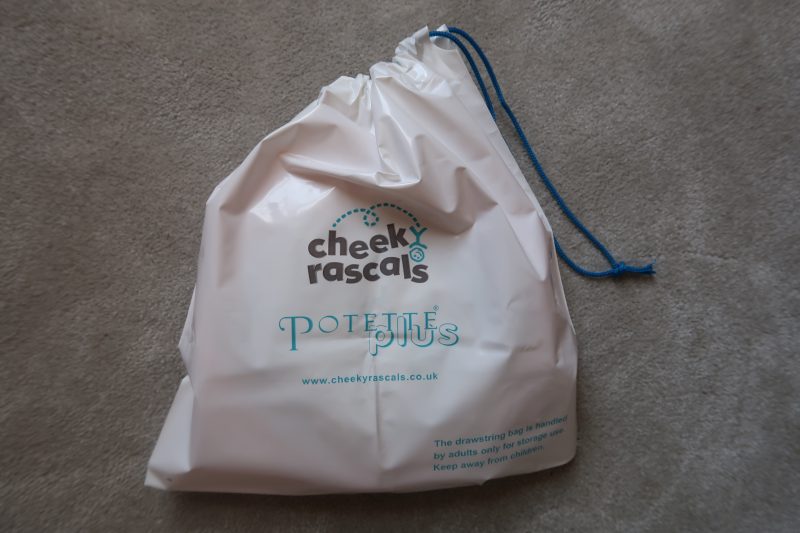 For families like us, the Potette has been fantastic. It has stopped the need to take a bulky potty or training seat out with us and Erin has felt comfortable wherever we have gone as we haven’t needed a mad dash for a toilet! 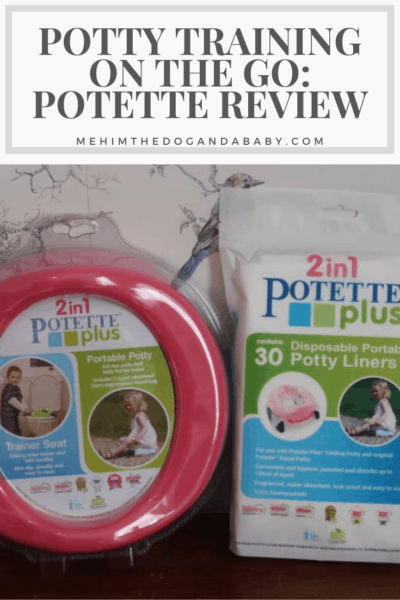