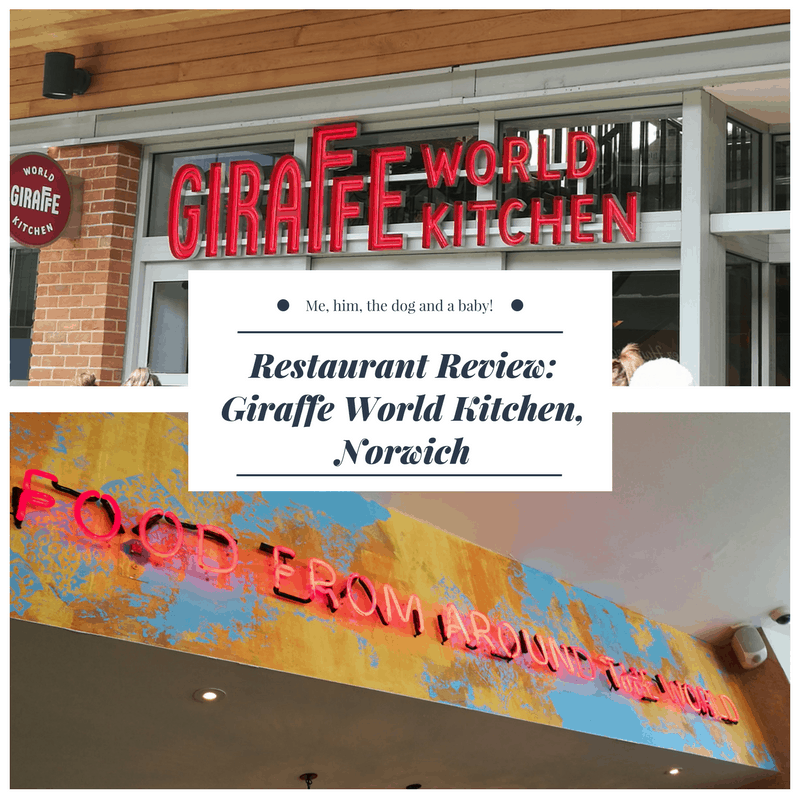 John and I love going out for meals even though we don’t get to do it too often. I’m a lot pickier about food than he is so we generally tend to go to the same places. Recently though we tried somewhere a bit different. Giraffe World Kitchen has just been rebranded and we were invited to see the changes and to try out their food!

Giraffe World Kitchen is in a great location in Norwich, situated outside intu: Chapelfield. It’s a 2 storey restaurant with outdoor seating on both floors! We arrived at 11:30 so a little late for breakfast but earlyish for lunch. Erin eats quite early so we booked for this time to make sure she wanted to eat something. When we arrived, the restaurant was pretty quiet with a few people having breakfast. Erin was very quickly given a large colouring sheet and cup full of pencils and I was very thankful for that!

We were able to look over the menu without being rushed to order. John went straight for the smoothie menu and ordered a Hippy Hippy Shake, I got a Pepsi and I ordered Erin her own Mango Mama smoothie!

We started off with a few starters; Garlic and Rocket Flatbread, Yaki Gyozas (Fried chicken dumplings with orange & miso glaze. Served with nuoc cham sweet chilli sauce) and a children’s pancakes with banana and blueberry compote. Yes, we ordered pancakes as a starter! Breakfast is served until midday so if you’re a family who like different things to eat, 11:30 is the perfect time to go!

There was not one scrap left on our plates! Erin was in a bit of a strange mood and wouldn’t touch the pancakes. Well, not until I had started eating them and there was about 6 mouthfuls left. Then she decided she wanted them and there wasn’t much left! I have a bit of a thing about pancakes for breakfast and I’m always out to find the best. These were AMAZING. I’ll be going back for breakfast alone now.

Next up was our main courses. We didn’t have to wait very long after finishing our starters which was great. Erin gets bored easily so this was something I really appreciated it. I went for a classic burger with cheese while John had a Vietnamese Steamboat. We ordered Erin a children’s portion of chips because I knew she wouldn’t eat much and it would have been a waste of food.

As I said before, I’m a bit of a pain when it comes to food. I ordered a burger and it was cooked to perfection. I can’t stand pink meat but this was cooked all the way through! The burger was juicy in the middle but a bit crispy around the edge and that was perfect. Matched with skin on fries, I couldn’t have been happier! 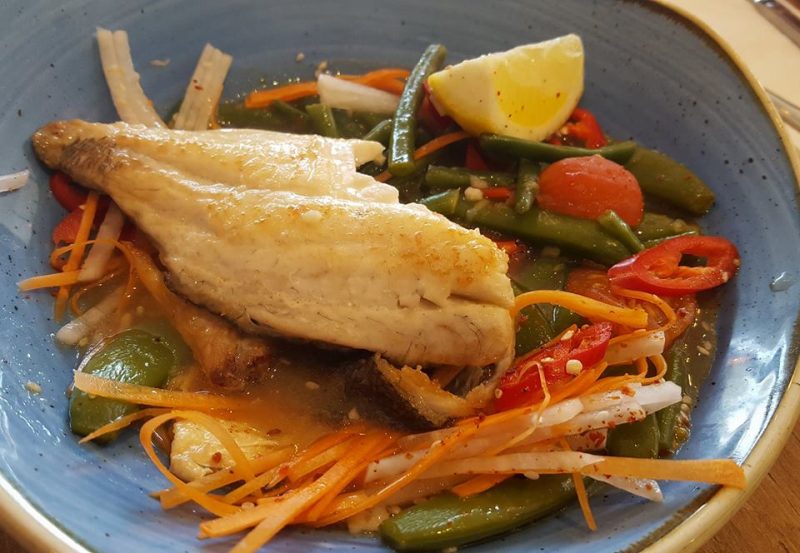 John really wanted to try something different and that he did with the Vietnamese Steamboat (Honey and soy glazed sea bream sprinkled with sesame seeds, in a broth of bok choy, red chillies, sugar snaps and cherry tomatoes.) John’s reaction was fantastic to watch. He LOVED his meal so much that he said it’s probably the best thing he’s ever eaten. He wants to go back already!

Even though we were pretty stuffed at this point, we still wanted to try some of the desserts. Erin had only picked at her chips so again, we didn’t order for her as we knew she’d share ours. I went for Churros while John had a Rocky Road Sundae.

As you can see from the picture above, Erin was definitely interested! She shared some of both of our desserts! The Churros were delicious and the Dulce de Leche dipping sauce was just amazing. 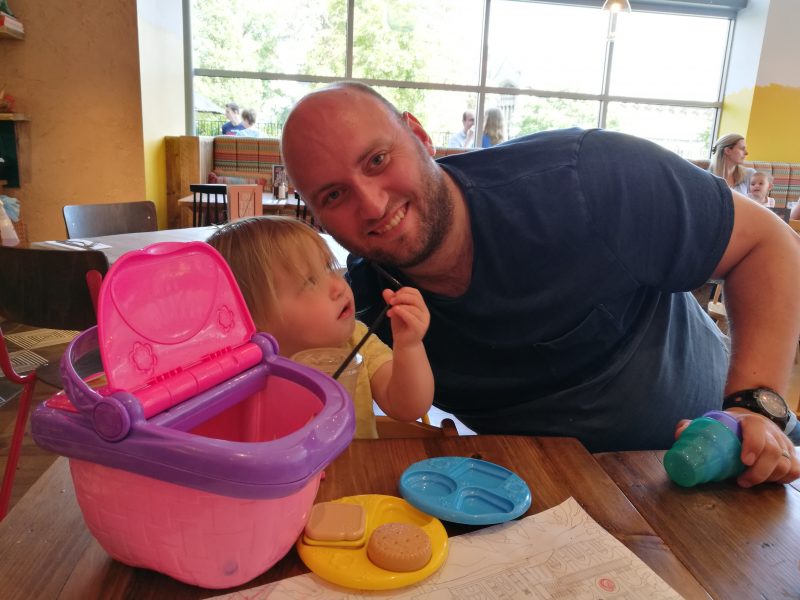 I tried to get a nice photo of John and Erin sitting together but she was less than impressed at him invading her space!

As you can probably tell, both John and I were really impressed with our visit to Giraffe World Kitchen. The food was fantastic but so was the service. Nothing seemed to be too much trouble and the staff were genuinely lovely and helpful. The kind of service you receive really makes a difference to whether or not you’d go back and we definitely would. I have to mention here that the woman who was serving us did not know that we were there to do a review so this did not change how we were served.

As a family who really like different kinds of food to one another, Giraffe World Kitchen is the perfect choice for us. John can have something a bit more adventurous and I can have something I know I’m going to like, following by trying a new dessert! I doubt it will be long until we’re back! 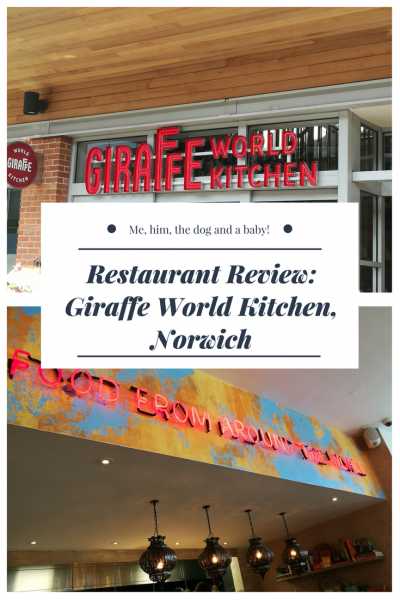