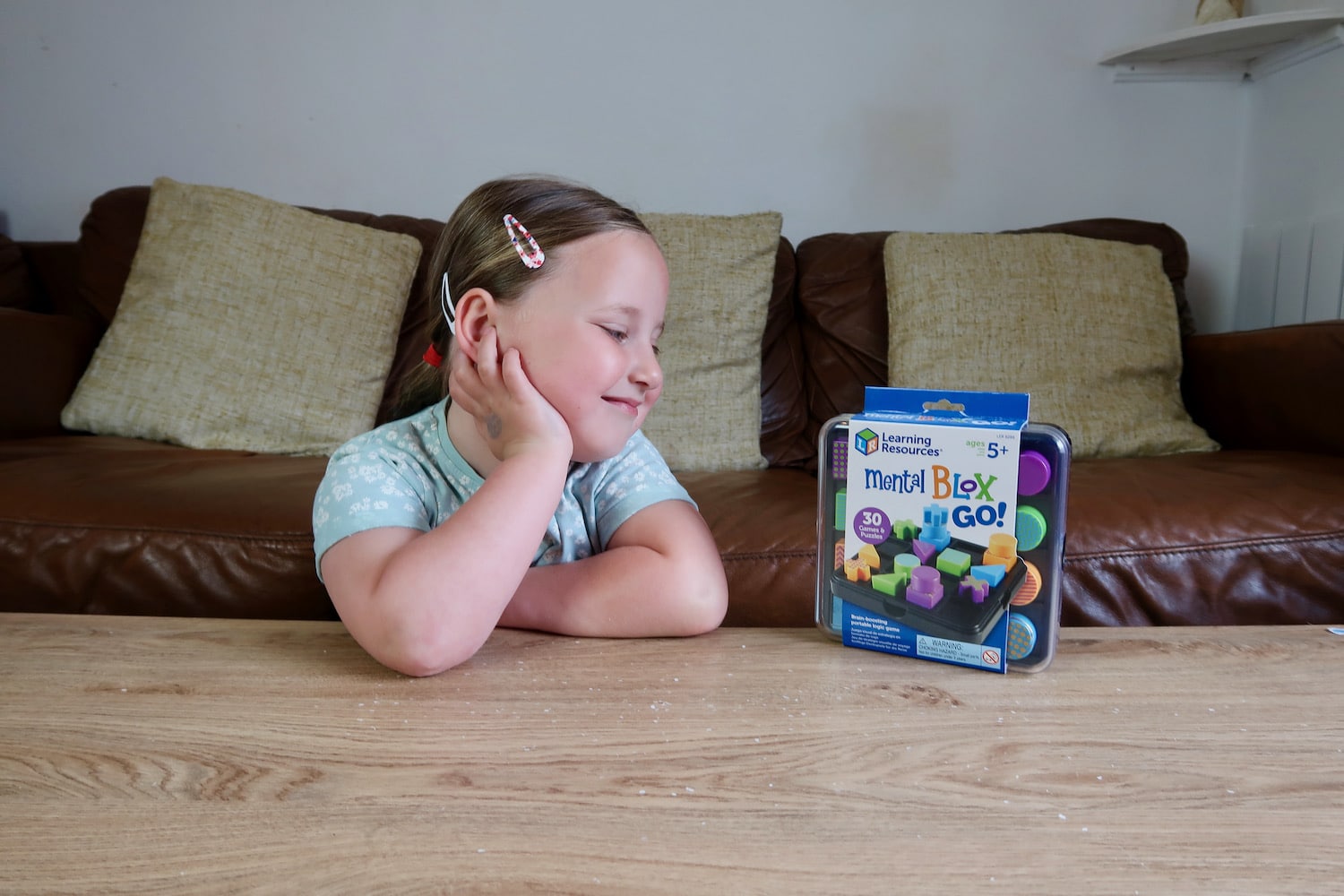 This year Erin has really enjoyed being in Reception and she’s really thrived in that environment. We’re really keen to encourage Erin outside of school as well and find things we can do together that are both fun and educational. We were recently sent Mental Blox Go!* from Learning Resources to try out.

Mental Blox Go! is designed to be a travel game for children aged 5+. I’ll be honest, I wasn’t sure how Erin was going to get on with this before she tried it as it’s quite different from anything else we have for her and I thought it looked quite hard. Mental Blox Go! is designed to help children in different areas such as critical thinking and problem solving, memory skills and for following instructions.

This is a travel game and it comes in a really handy and tidy box. The hard plastic lid keeps the tray and 16 shapes contained, as well as the instruction booklet which sits underneath the tray. As a family who doesn’t drive and can’t really take lots of toys and games away with us, the size of this one is great and even better that it’s all contained.

The instruction booklet includes 10 different puzzles and games. There is a mix of games for both 1 and 2 players, as well as something for multiple players as well. Erin was immediately intrigued about what we could do with the set and I barely had chance to read the instructions for a game because she was so keen to play.

We started with the memory game, as I thought it would the easiest for Erin to follow and one that we could play together. In this game all of the pieces are placed with the patterns facing down so that you can’t see them. Players take it in turns to turn over 2 pieces with the hopes that they match the patterns. If they don’t, the pieces get put back and the other player then gets a go. The winner is the player with the most pairs at the end of the game.

Another of the games that Erin really enjoyed was ‘move 2’. Here, you set the board up in a particular way and you can swap 2 shapes at a time that are next to each other with the aim to have a different pattern of shapes at the end. This could be all of the colours in lines or all of the same shapes in a line etc. Erin really had to think about logic with this one. You can make it a bit of a competition and keep note of how many turns it takes and then try to beat it.

Erin really enjoyed being challenged with Mental Blox Go! Some of the games are really quite tricky such as the one where you have to place all of the shapes on the board but the same colours cannot touch. You can also play this one with the patterns not being next to each other as well.

Although this is a travel game it’s something we will use a lot at home as well. It’s something that can be different every time you play it and I love that it can be played solo or we could do it as a family. 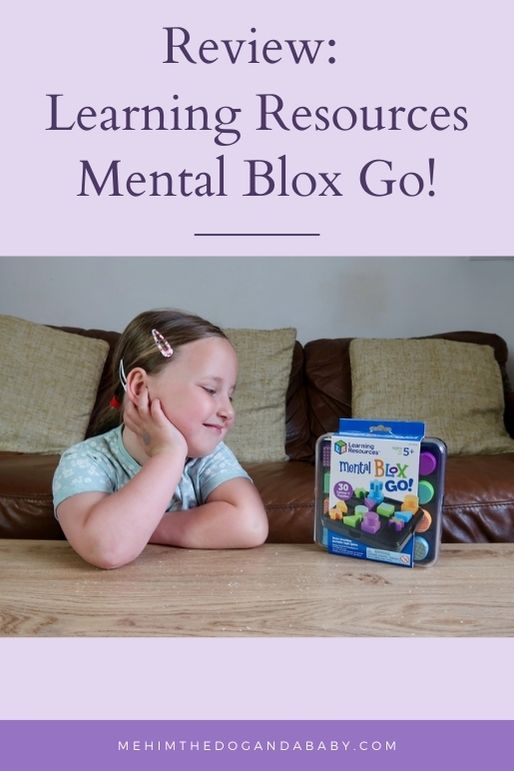