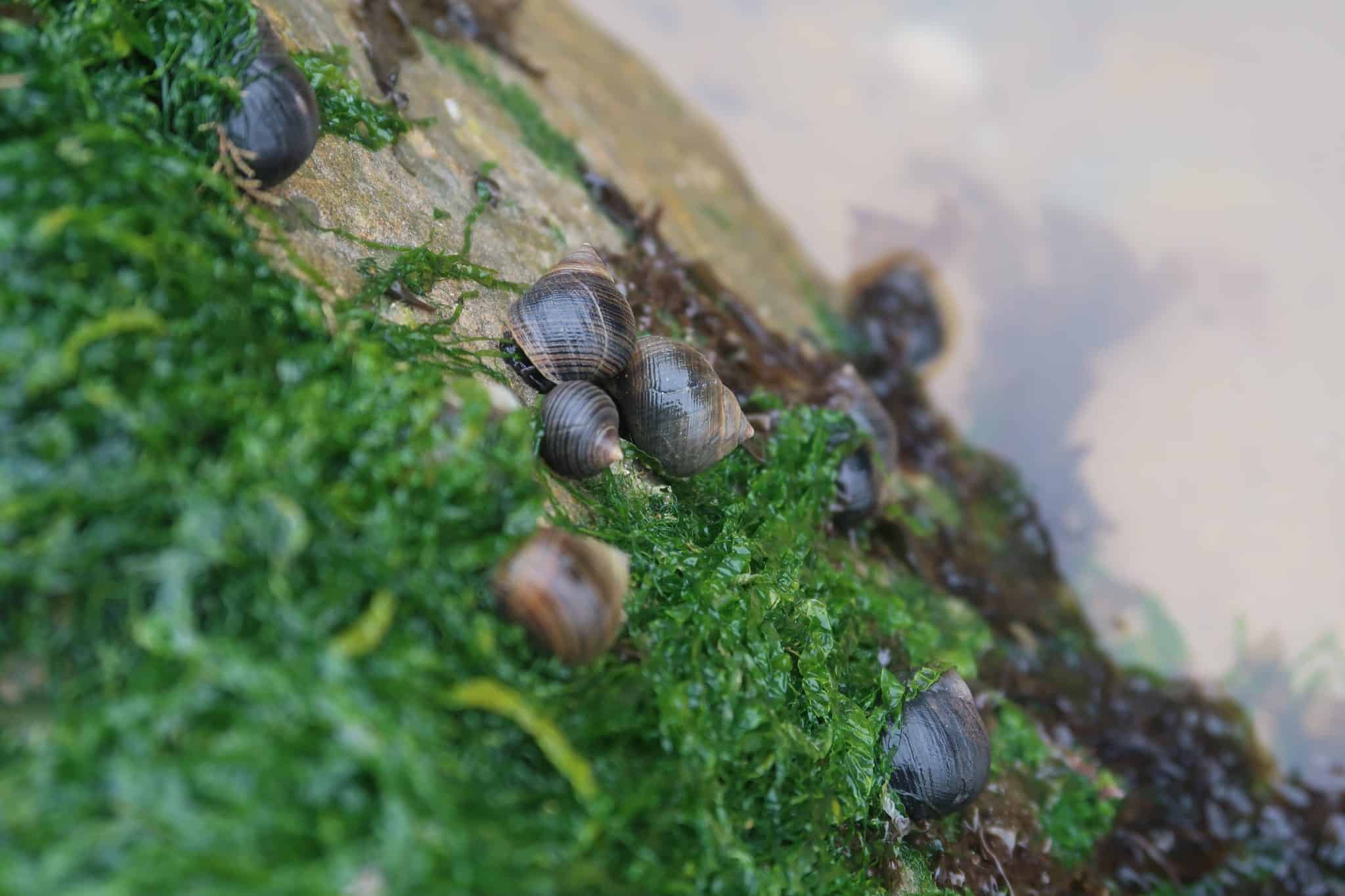 One of Erin’s favourite places to go is the beach but just the other week she got to experience it in a completely different way. Just after the Bank Holiday we were at a bit of a loss for something to do on the Tuesday in half term. We had the idea of taking Erin for her first rock pooling experience in West Runton, Norfolk so took the 20 minute drive to get there.

Stupidly, we figured that because the weather was a bit miserable the beach would be pretty quiet. When we arrived at the beach it was super foggy but the beach was heaving! It turns out that the little cafe on the cliff run fossil finding and rock pooling sessions during half term so the beach was actually probably one of the busiest that we could have picked. 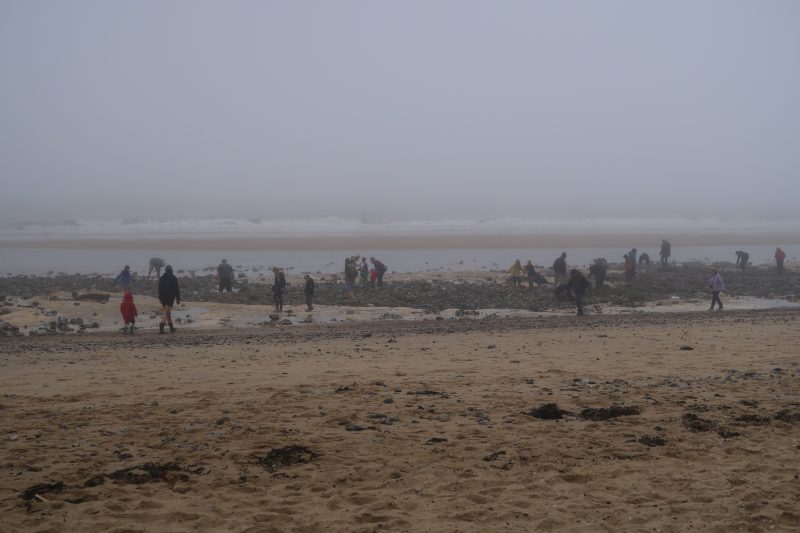 Anyway, we headed down to the beach and started to have a look around. The sea was still quite close in because we didn’t go at the right time but we were still able to look in plenty of rock pools. Erin honestly got bored quite quickly once she realised there wasn’t much to be seen and the crabs we said there would be were non-existent. Instead of doing what we had planned, Erin went off to look at stones and throw sand around. 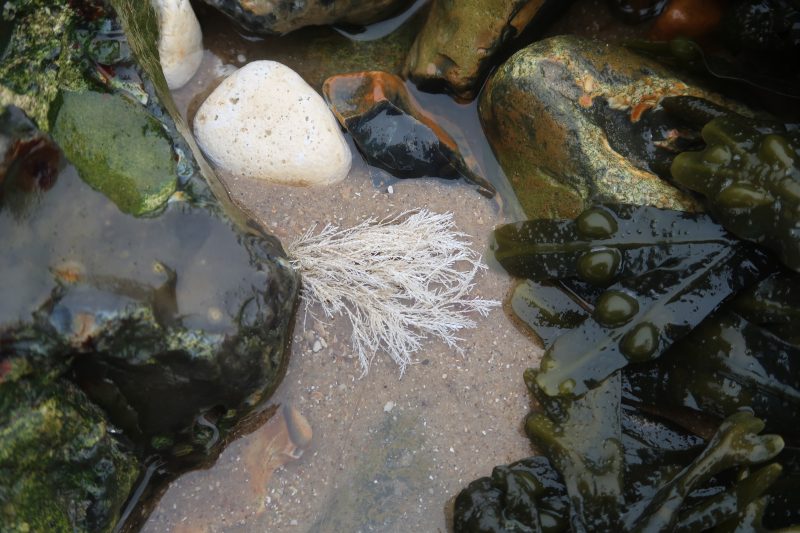 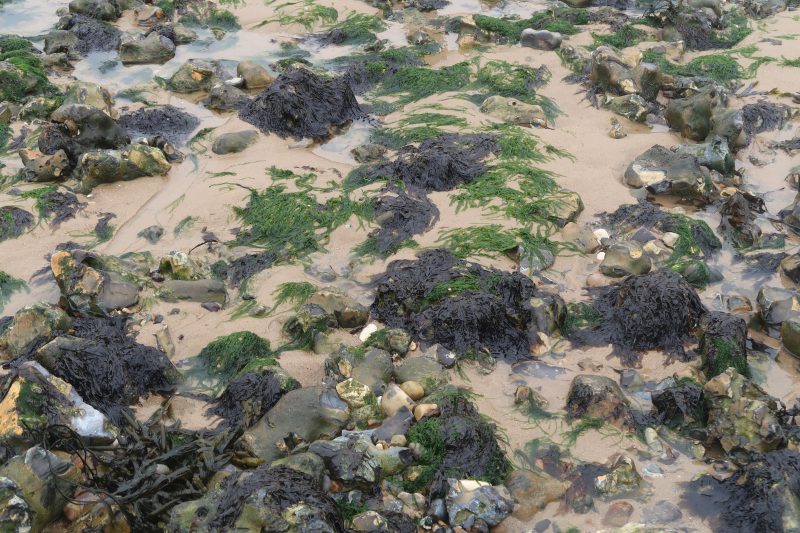 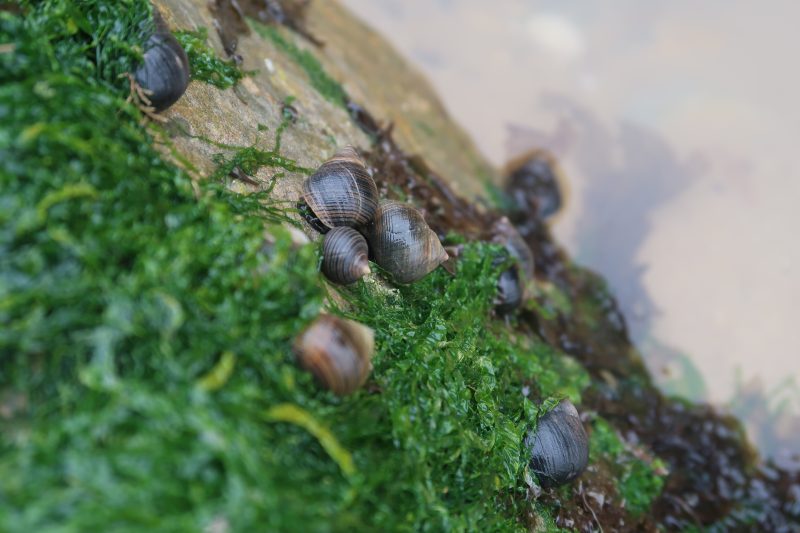 Erin was in a bit of a mood that day where she was quite happy to have nothing to do with me and just wanted to be with her Auntie Natalie and Uncle Chris. While they were off taking it in turns with Erin I did at least try to find something in the rock pool 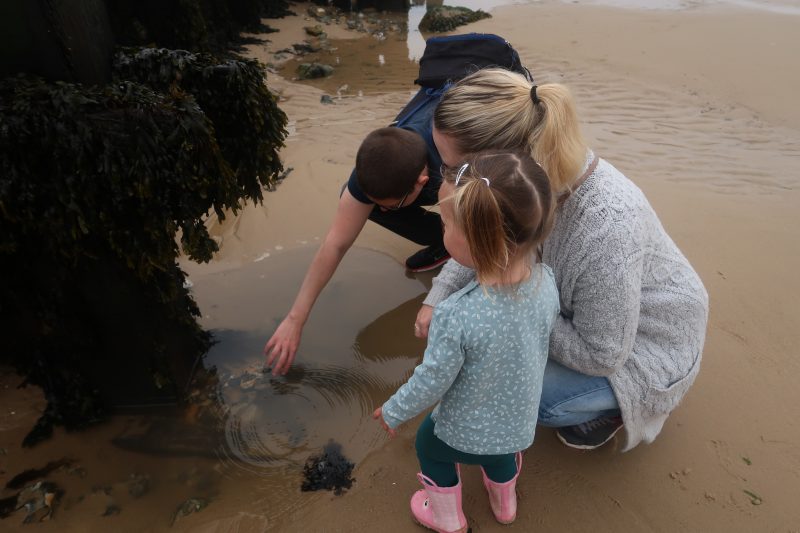 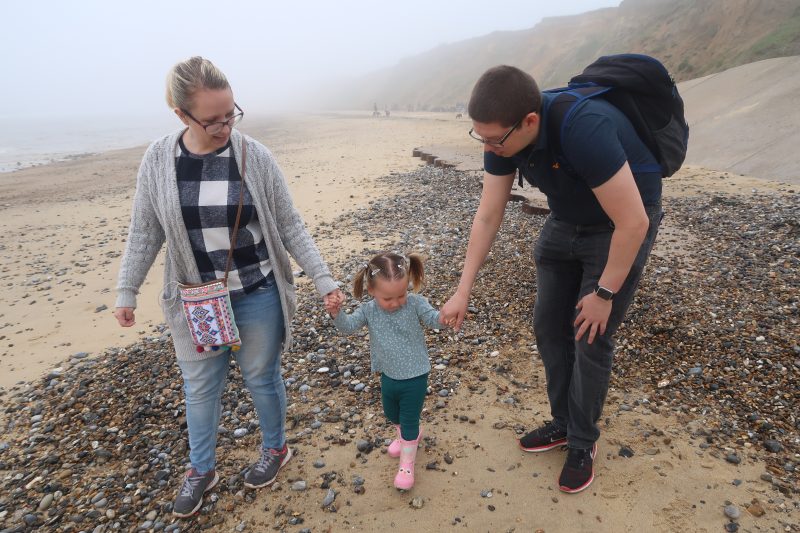 We may have had a disappointing first rock pooling trip with Erin but it really was nice to get out of the house and explore somewhere none of us had ever been to before. Erin loved being on the beach in her wellie boots and I think she just liked going on a bit of an adventure in the car really. 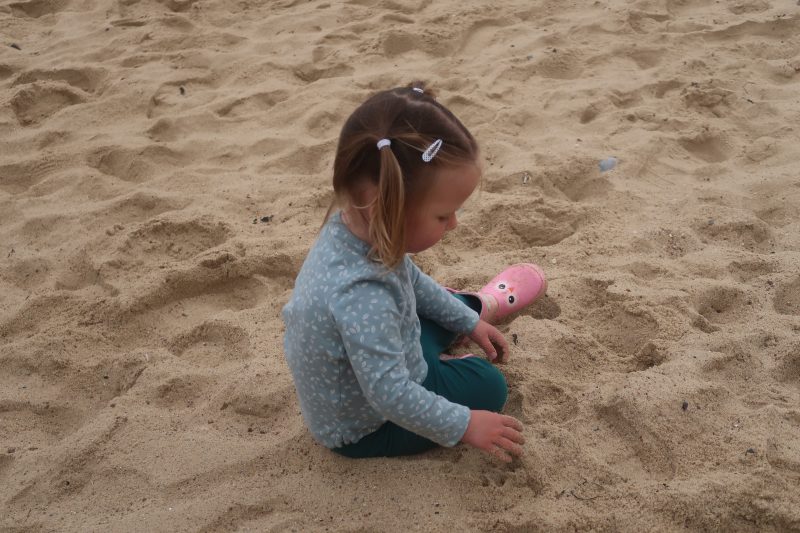 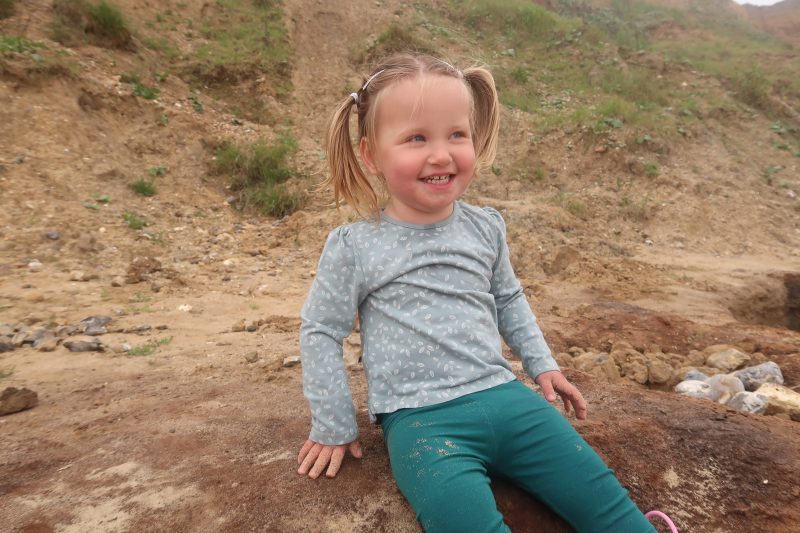 I’d love to go again when the weather is a bit nicer! If you know of anywhere good for rock pooling in Norfolk please get in touch! 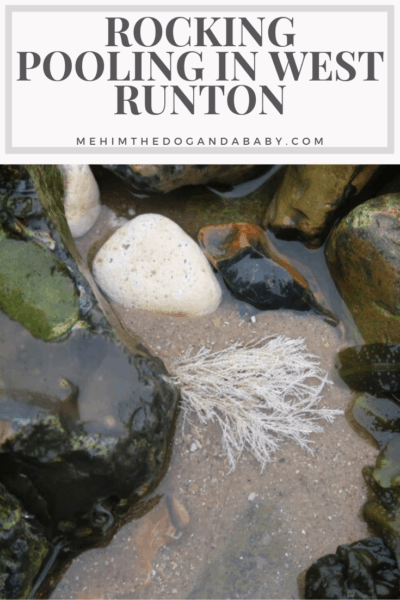