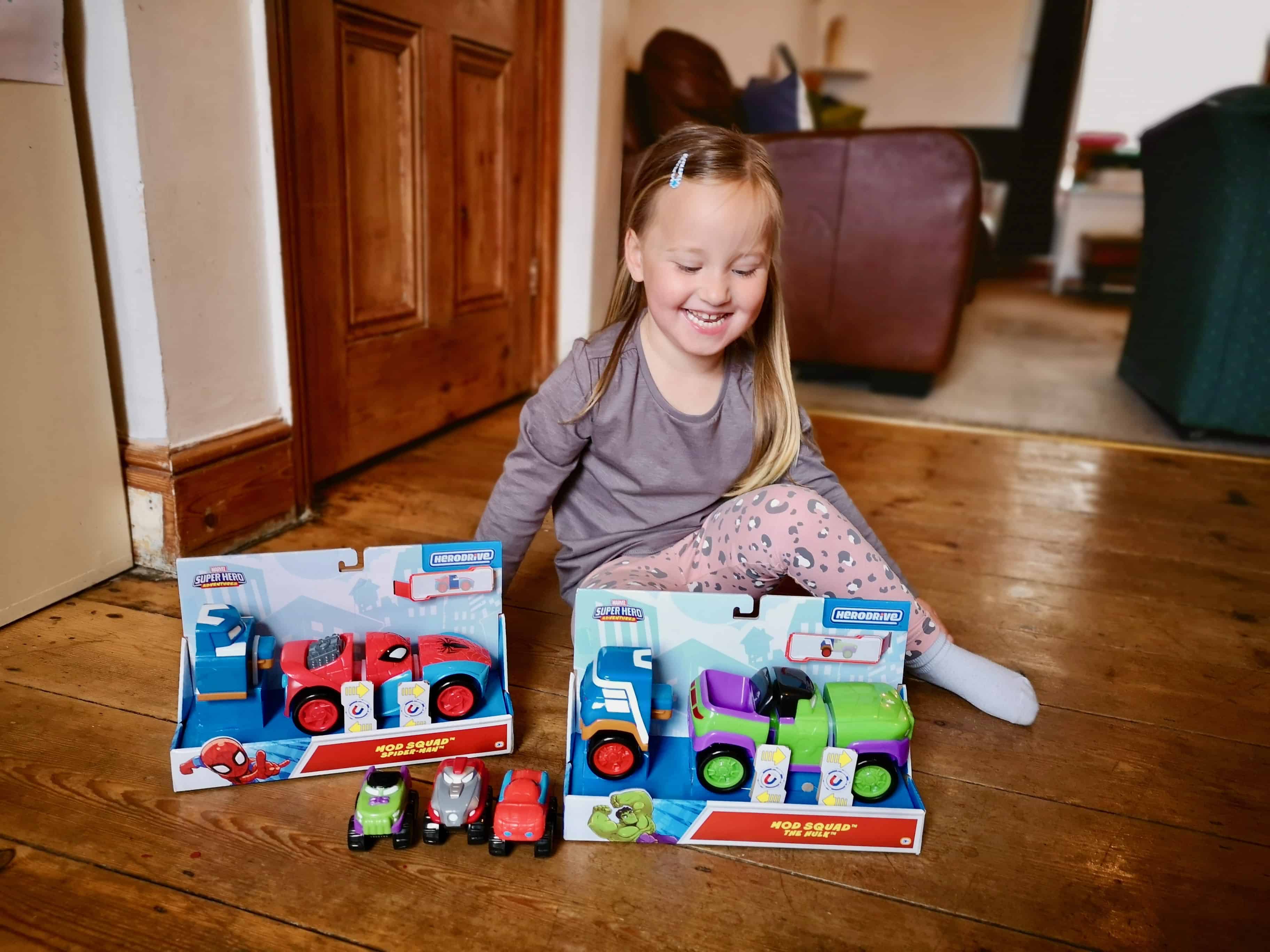 When it comes to toys I definitely wouldn’t describe Erin as being stereotypically girly. While she does play with things like dolls and anything that’s sparkly, she also loves anything to do with the emergency services, builders or construction sites. One of her newer discoveries is superheros and she has a special spot for Spider-Man.

I can’t even begin to explain how excited Erin was when she received a delivery of Herodrive Marvel vehicles and she couldn’t wait to see what they could do. 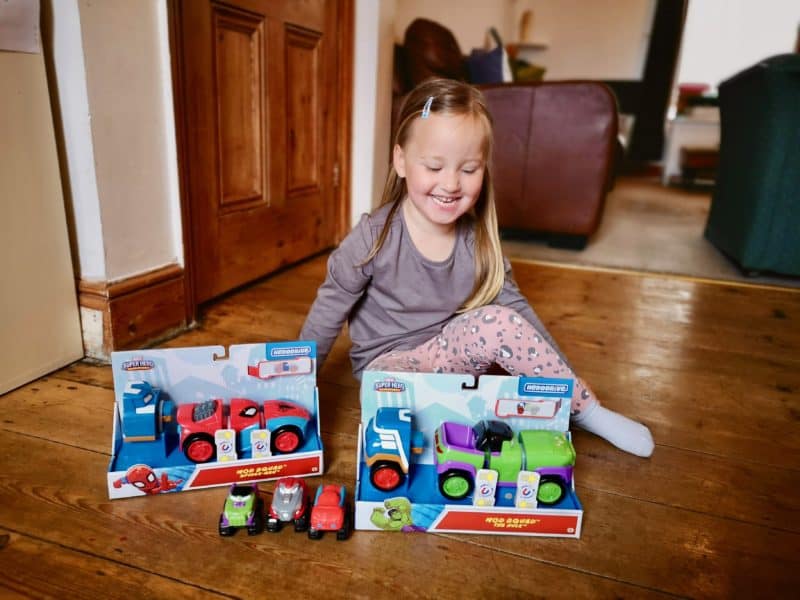 I thought Erin would be taken with the larger (MOD Squad) vehicles to start with but she immediately went for the three smaller (Speed Squad) vehicles. Erin could pick out Spider-Man immediately but we had to have a bit of a talk about The Hulk. Erin wanted to know all about him and his real name so we had to go through that before we could play. 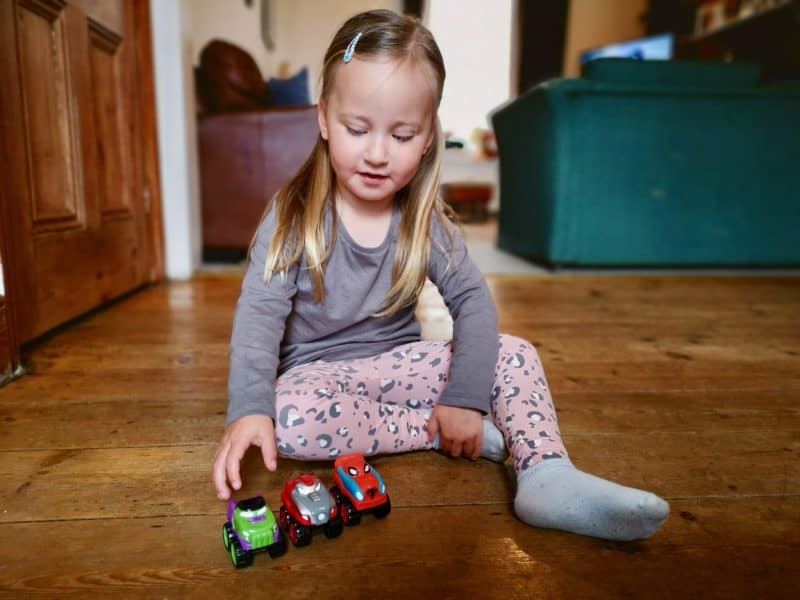 The three Speed Squad vehicles, The Hulk, Iron Man and Spider-Man are like mini monster trucks. They each have big, chunky wheels and their colours and design match those of the character they represent. Erin loved lining them up and getting them ready to race each other. We had loads of fun racing them in the dining room and seeing which vehicle could go the farthest. Iron Man definitely won more races! 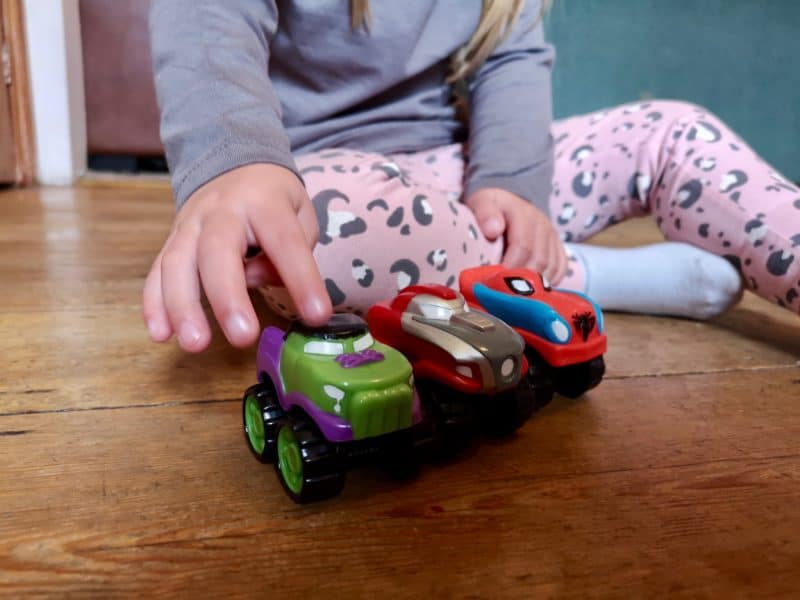 Erin also received two of the Mod Squad vehicles. This time, Erin got Spider-Man and The Hulk and they come with three different sections to put together. The larger vehicles also come with an extra piece which, when you have all three, make a special Captain America vehicle. 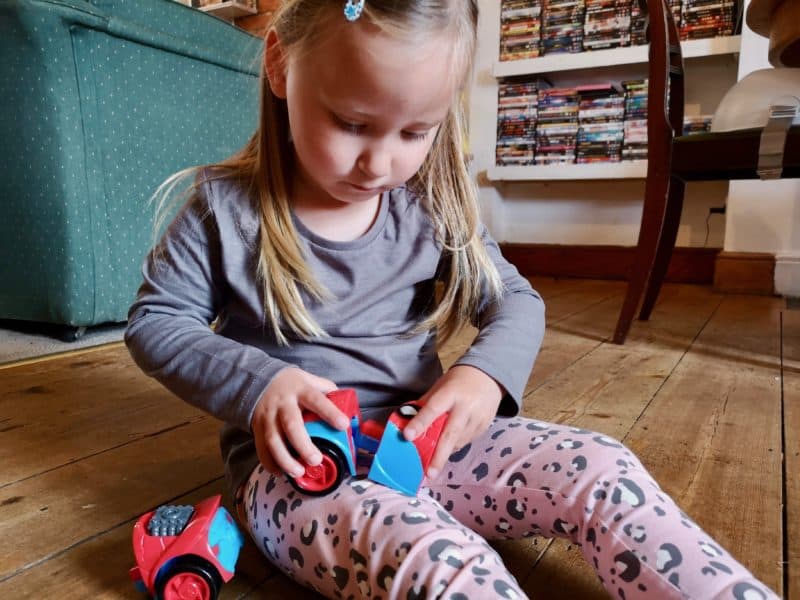 For the larger vehicles, the three pieces push together and are kept together by magnets. There is a front, middle and back piece to put together and because of the size, it’s really easy to do. Erin is nearly 4 and has no problem at all putting everything together. 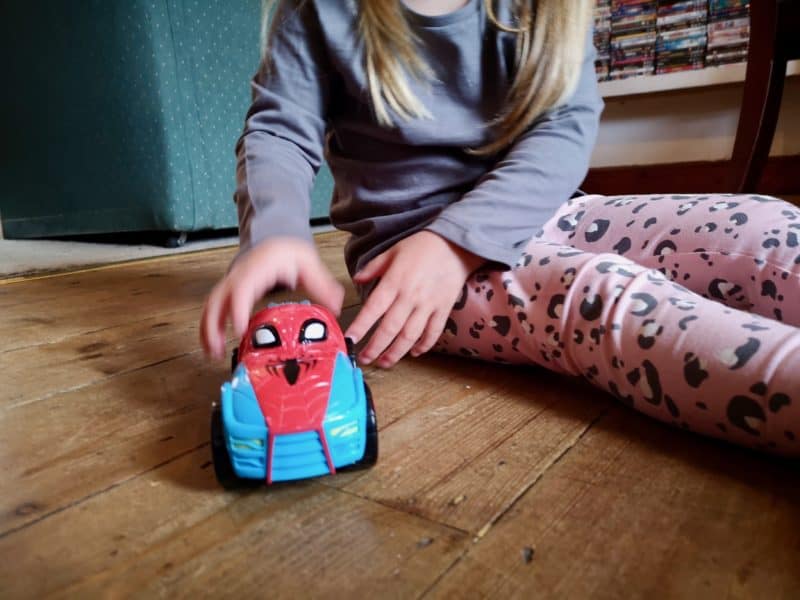 The pieces can all be swapped about though so if you have more than one, you can mix and match them. Erin had loads of fun making longer vehicles by using the three middle parts that she has. Once Erin realised that she could do this, I think she preferred to have more fun, mismatched vehicles! 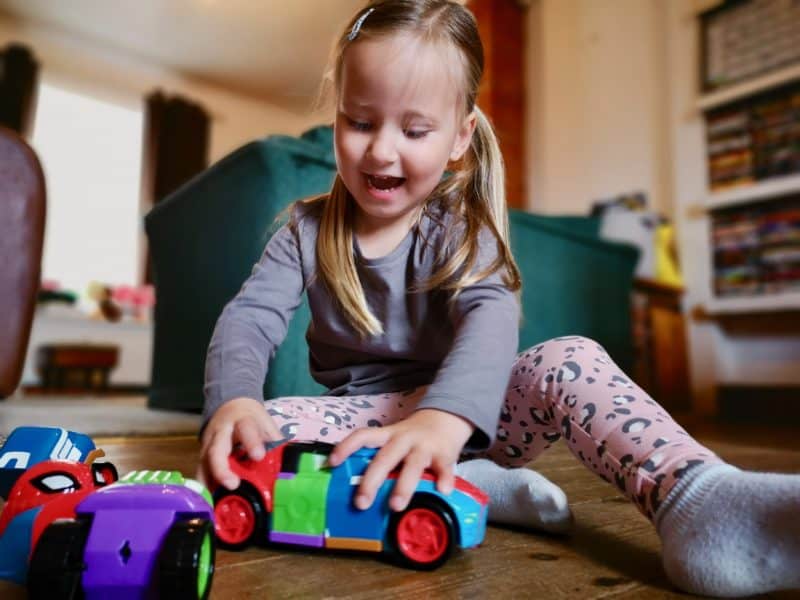 While the larger vehicles are super fun and great to play with, the magnets that keep everything together are a bit hit and miss. Everything stays together as you would expect if you’re holding the vehicle the whole time but if you want to race them a bit then they are likely to fall apart at some point. Erin just thinks this is funny though and goes off to put them back together again. 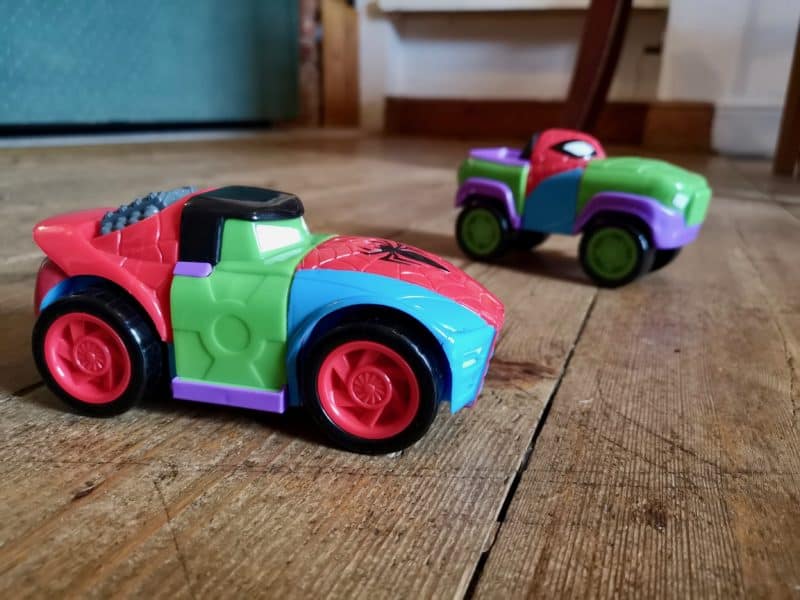 Erin has had so much fun playing with both Herodrive Marvel Speed Squad and MOD Squad vehicles. In fact, she loves them so much that since she got them, she has played with them every single day.

The Herodrive Marvel vehicles are available to buy at ASDA, Debenhams, Amazon* and the Funrise Facebook shop. 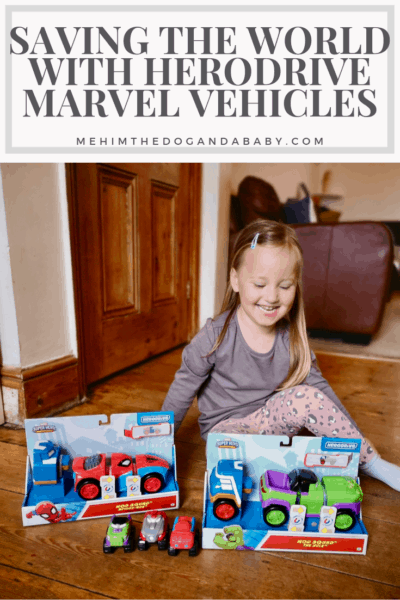 6 thoughts on “Saving The World With Herodrive Marvel Vehicles”