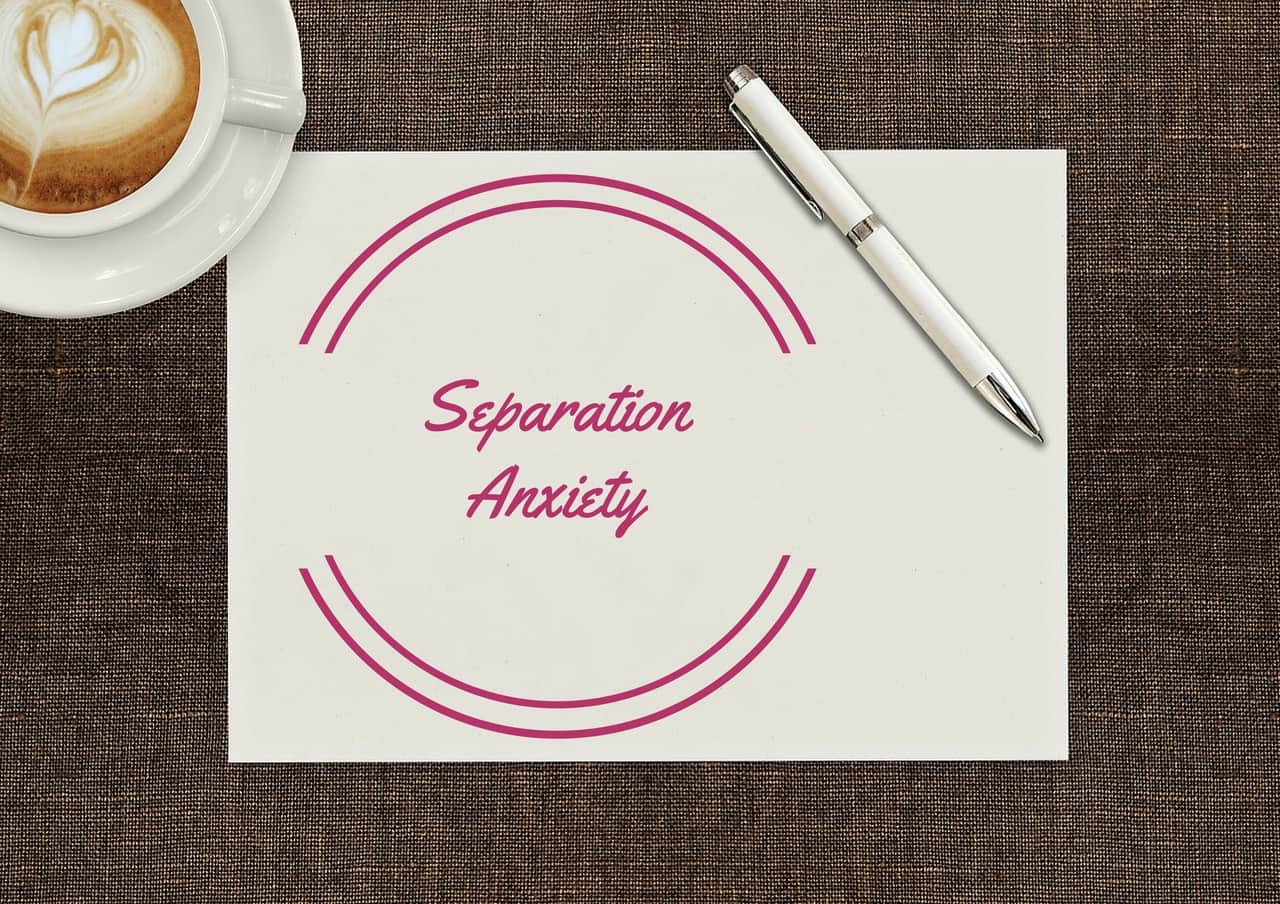 I always thought I had been really careful with Erin. I had seen some parents with extremely clingy children and I was adamant that wouldn’t be how Erin turned out. Something I was not prepared for was Separation Anxiety.

John works full time so naturally, it is me that stays home with Erin during the day. Don’t think I’m complaining about this. I’m not. I absolutely love spending every day with my daughter while I’m on maternity leave. I haven’t figured out going back to work yet so I’m making the most of every day with her while I have it.

Not too long ago Erin had a stomach bug and became quite clingy; a lot more than she ever has been. I had always been so mindful of not carrying her around everywhere. I let her sit on the couch (before she moved anywhere) or put her in the travel cot while I got on with  bits and pieces. Never have I been the kind of mother that hovers over their child. John had always done bath and bedtime so he and Erin got some quality time together. Right now doing any of that is a bit of a problem.

Last week John had just given Erin a bath and she cried a lot getting out. Then she wouldn’t stop crying, screaming in fact. It was only when she saw me again that she stopped. Erin calmed down immediately. I felt so sorry for John. He didn’t understand why he wasn’t who Erin wanted.  Bath and bed has always been John and Erin’s thing and she has always loved it up until now. Since being ill Erin has wanted only me. She won’t settle at bed time anymore and she won’t settle again during the night with John if she wakes up. Over the past week or so I think John has managed to do bed time once. John wants to help at night and he can’t. I feel like a zombie half the time but there’s not much else we can do.

It’s really strange because Erin clearly loves John. She gets excited to see him in the morning and when he gets home from work. Daddy and Erin play time is super fun for her and I can see how much she loves spending time with him. Well, she did. Now I have to be around too most of the time as well. Erin needs to know where I am while she plays with her dad. 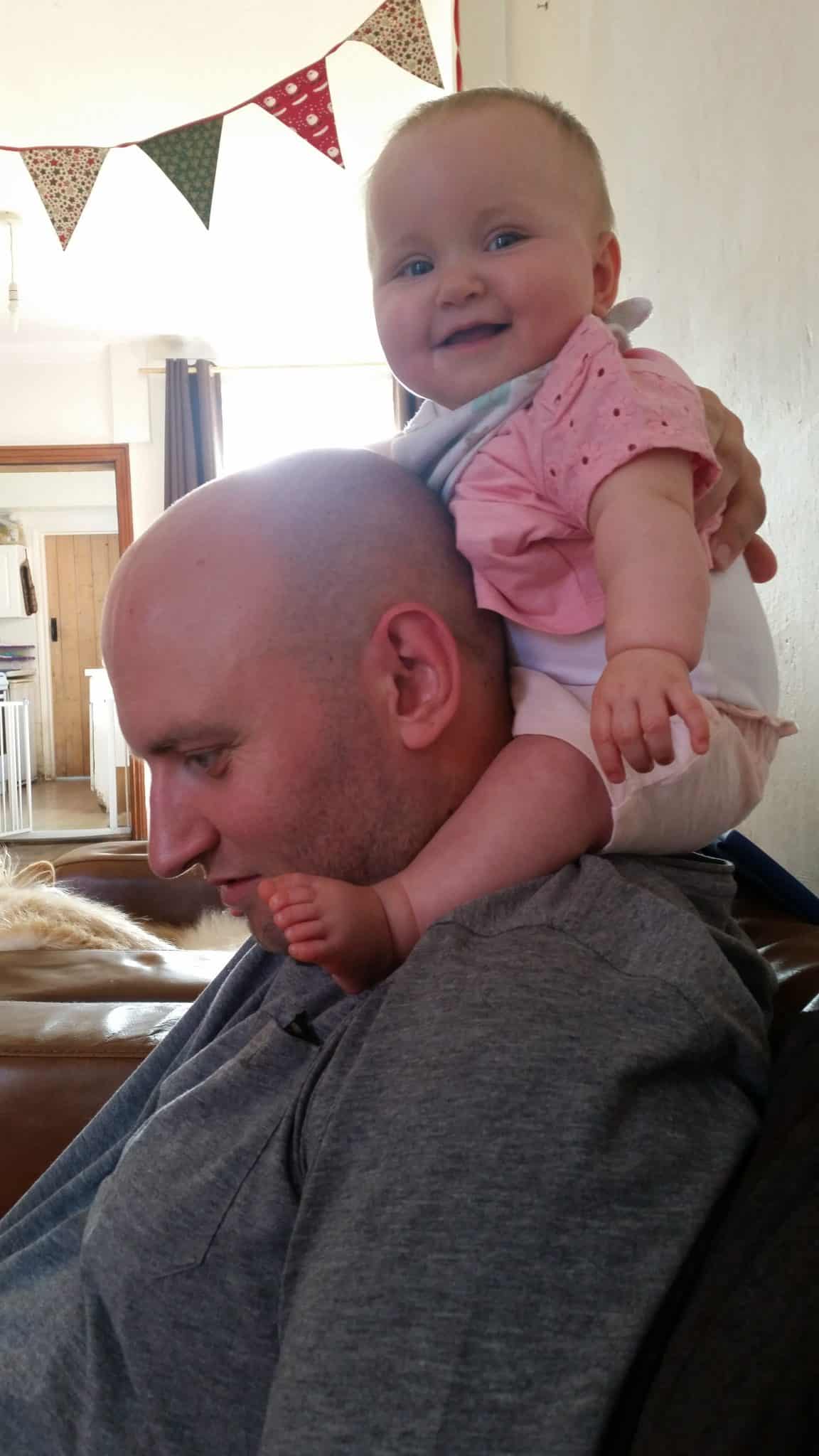 Erin is nearly 8 months old now and I have left her a tiny amount of times. The amount of times I have left her you can count on one hand. Erin went to a hospital appointment with John when she was a month or so old and I couldn’t go because of my c-section. Another time was for one of my hospital appointments. Erin stayed at home with John. The third time we have been apart was when I had to go to a meeting at work. Tonight I am going to a press evening at a Turtle Bay restaurant opening and I am terrified of leaving Erin because I know how she will be.

John and I don’t have anyone really that we can leave Erin with or who can come and babysit now and again. My family live away as do some of John’s family. John’s family that do live close by we either don’t talk to or don’t see much. They have never really shown an interest in seeing Erin or babysitting so they have never been an option. Now, they certainly don’t know Erin enough to stay with her on their own. This makes Erin’s separation anxiety extremely hard to get over.

I have no idea how to combat separation anxiety. I have tried leaving Erin with John but after a while of hearing her scream so much she’s nearly sick, I can’t take it. The sound breaks my heart and I go to her. I know it’s what she wants. I know this is only making the separation anxiety worse. Erin is only going to get more and more used to me comforting her but what else am I supposed to do? Some days when I go to put her down she clings to me with everything she has, begging me not to go. There are times where as soon as she sees me the tears stop and she smiles. How can I say no to that?

We are struggling as a family and it is hell. It feels as though I have to do everything to do with Erin. When Erin screams so much and won’t settle it upsets John. Rightfully so as well. Separation anxiety is slowly wearing us down day by day and we see no end to it.

Does anyone have any tips on separation anxiety and how to help Erin get over it?