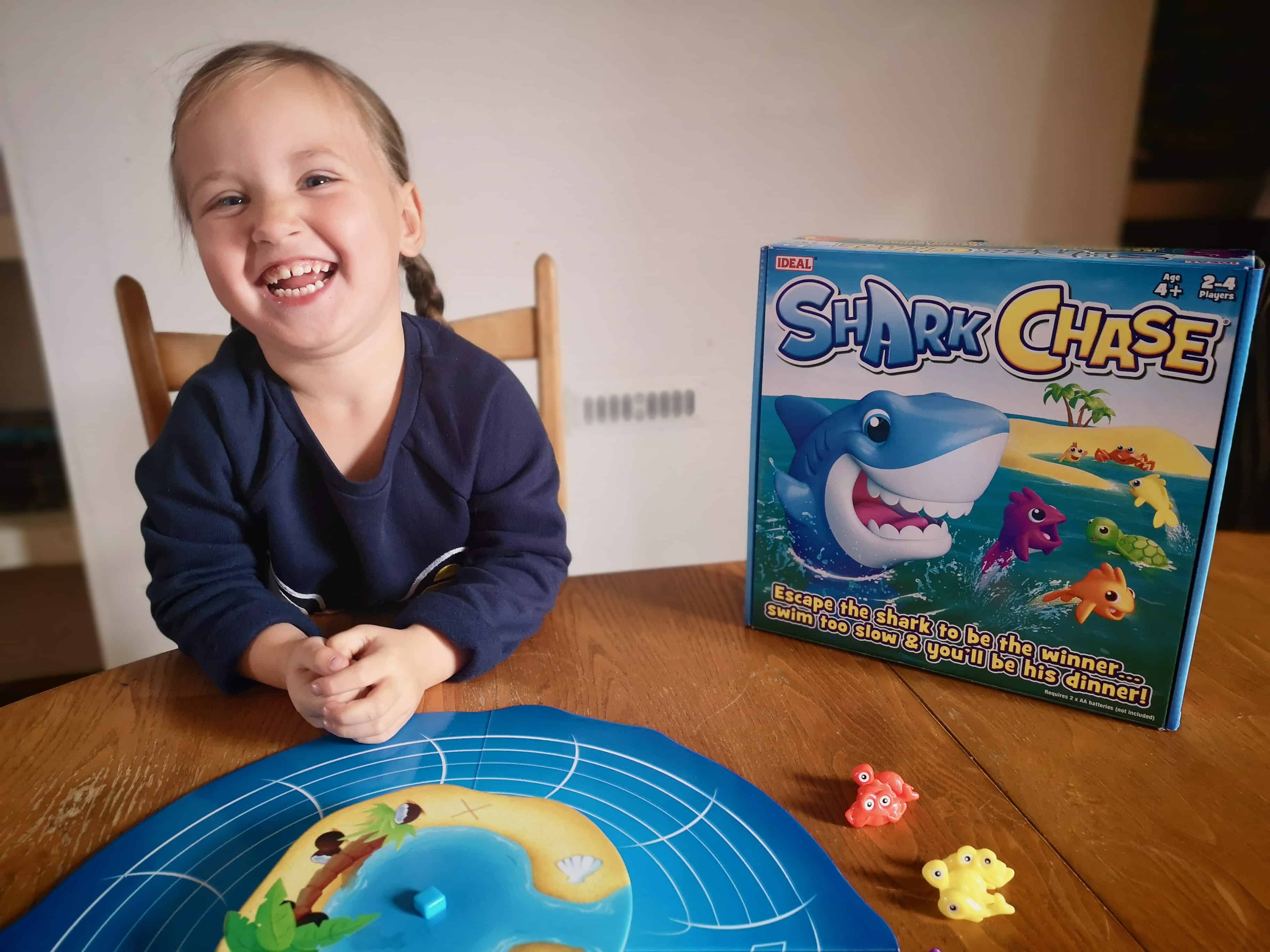 I remember growing up loving playing board games and John loves them too. We’ve been waiting for Erin to reach the right age to try some and recently we were kindly sent Shark Chase from John Adams. 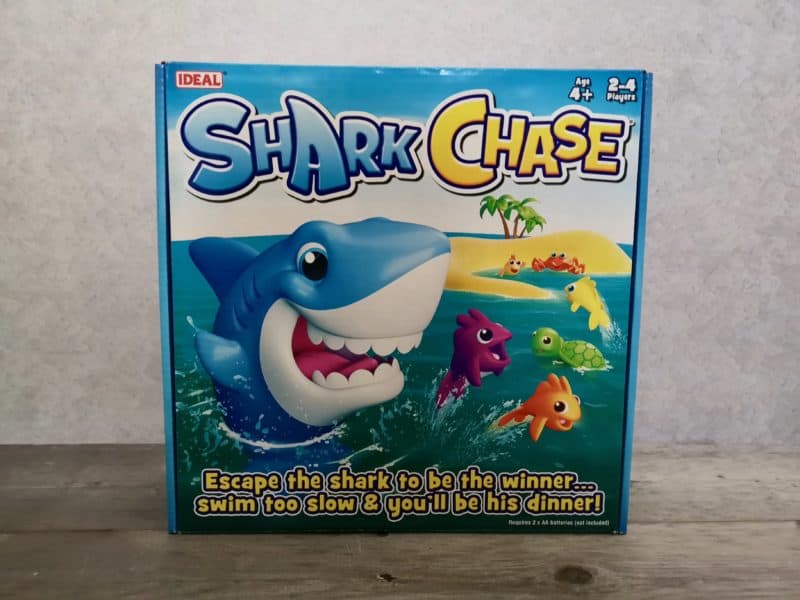 Of course, as soon as Erin saw the box for Shark Game she started to sing that still very popular song. It took a bit of convincing before she believed it wasn’t the same thing. Still, having that idea in her head definitely made her want to play the game more so I have to give that a big thumbs up.

Shark Game comes with quite a few pieces and there is some assembly to do before you can play. The shark takes 2x AA batteries which are not supplied. The game also comes with 16 sea creature pieces that need eye stickers putting on them. This part was really quite fiddly as the eyes are quite small but it still only took a few minutes to do. 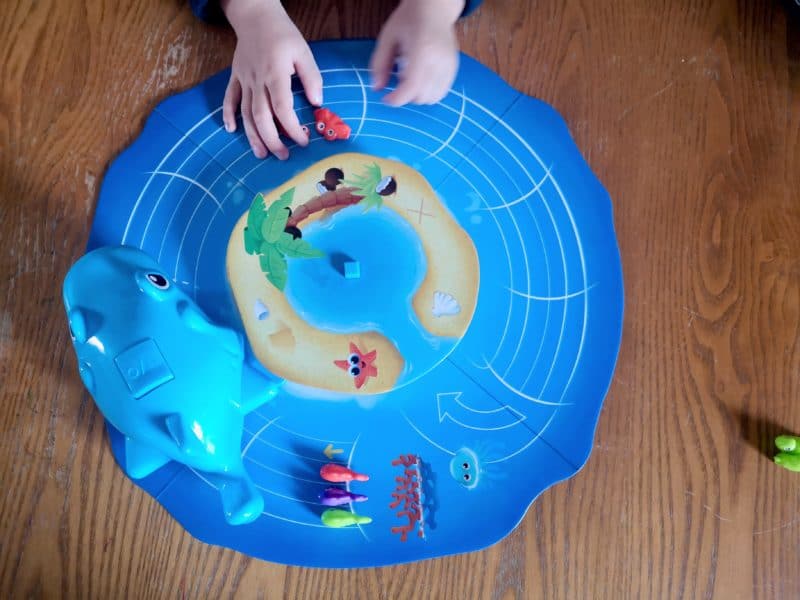 The game consists of a round board, which looks like the sea with a raised sandy island in the middle. The shark is attached underneath the island and as it runs on batteries, moves around the board when you turn it on.

Shark Game is suitable for 2-4 players and those aged 4+. Each player chooses a colour and picks up all of the matching creatures. These can then be lined up on the arrows at the beginning of the game. The shark should be sitting on the dotted lines, just ahead of the sea creatures. 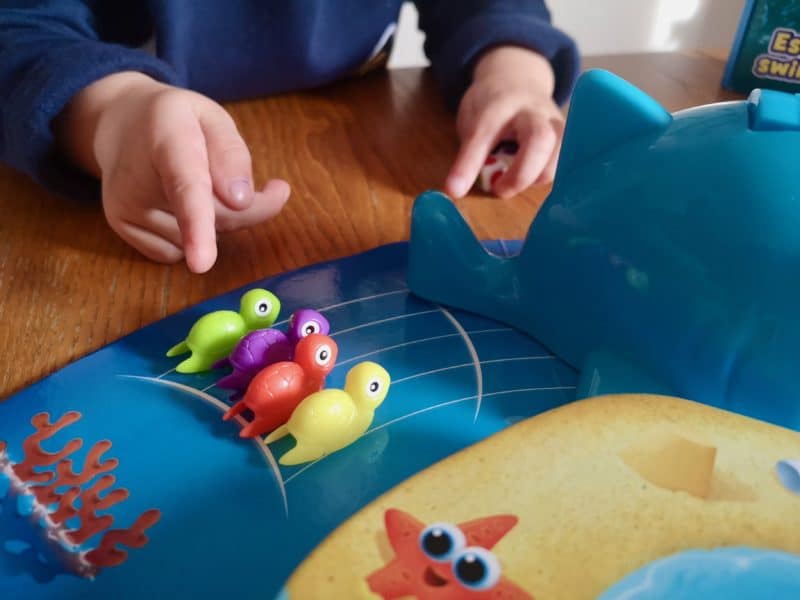 The oldest player is in charge of rolling the dice and two colours will come up each time. The player with the sea creatures that match those colours are able to move forward one space or two spaces if the same colour comes up. 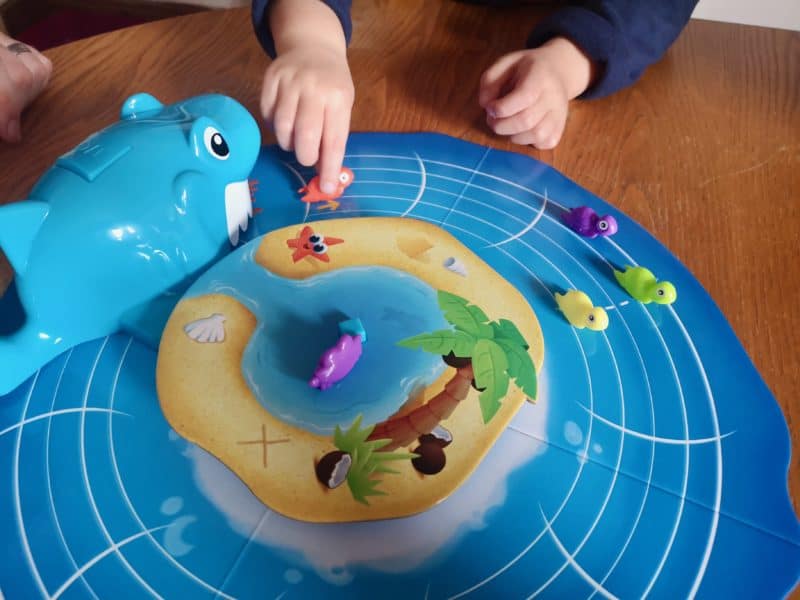 As the game pieces are moved around the board, the shark moves around too and if he catches us, he will eat the sea creatures! Time is important in this game and you have to roll the dice and move the pieces quickly. The aim of the game is to get each of the pieces back to the safe island in the middle. Each creature is worth a different amount of points (detailed in the instructions) and the player with the most points at the end of the game wins. 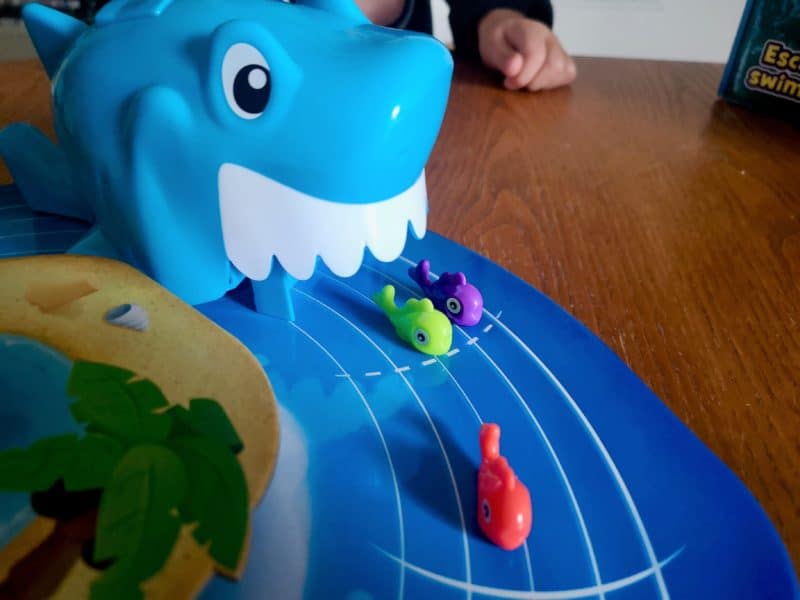 The shark does move round quite fast so for younger children keeping up could be a slight issue. We made sure that both me and John were playing too so that there was someone to help with the dice and the moving of the pieces. Erin got herself into a bit of a panic trying to move everything herself so adult help was definitely needed. 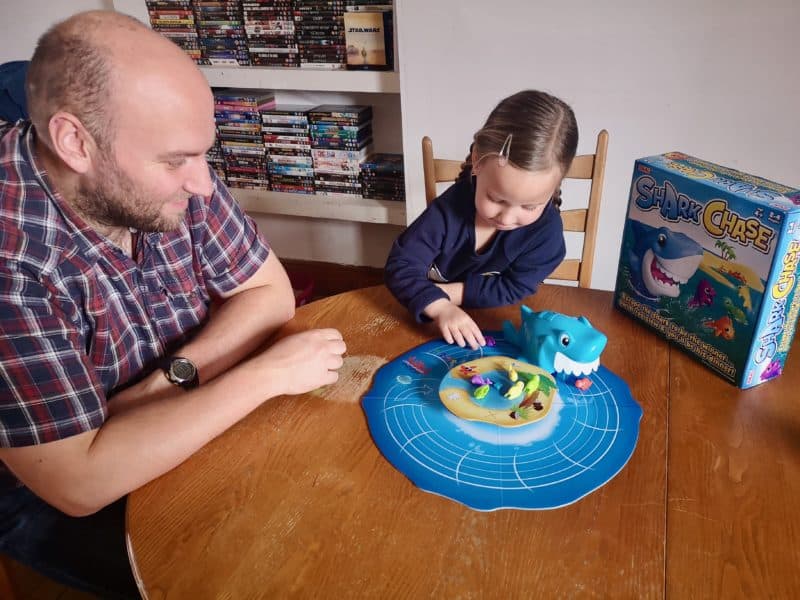 I’ll be honest, Erin didn’t totally get it. She is not quite 4 yet and isn’t used to playing board games yet. However, we had a few goes at playing Shark Chase by the rules in the instructions and then Erin made up her own games. She really loved just trying to move pieces around the board before the shark could catch them and she also liked letting the shark eat everything! 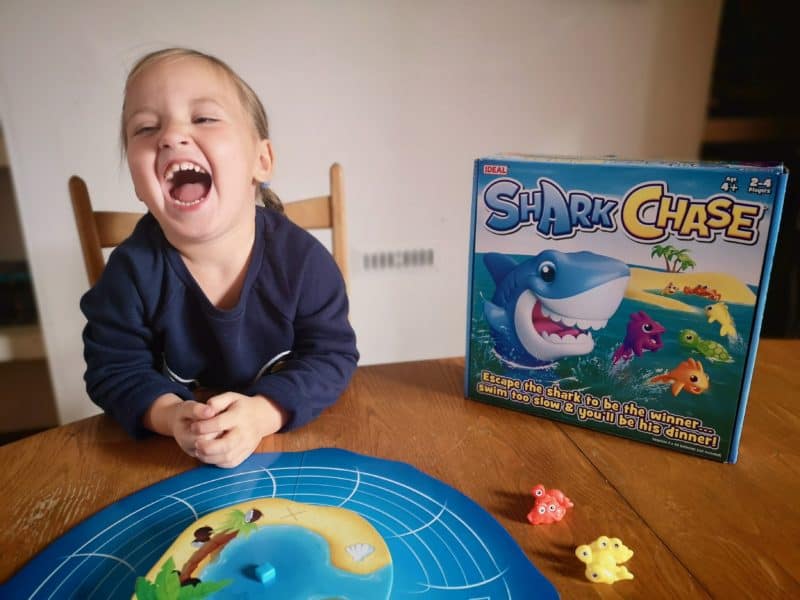 Erin might not have really understood the game completely but that doesn’t mean she hasn’t had fun with it. Since we got the game we have played with it more than a few times and we try the ‘real’ way each time, helping her get used to the rules and how to play with board games.

Shark Chase can be purchased on Amazon*.

WIN SHAKE CHASE FOR YOURSELF!

Ends 5th December 2019 at 23:59. The winner will be contacted via email. Please see full T&Cs in the Gleam widget. 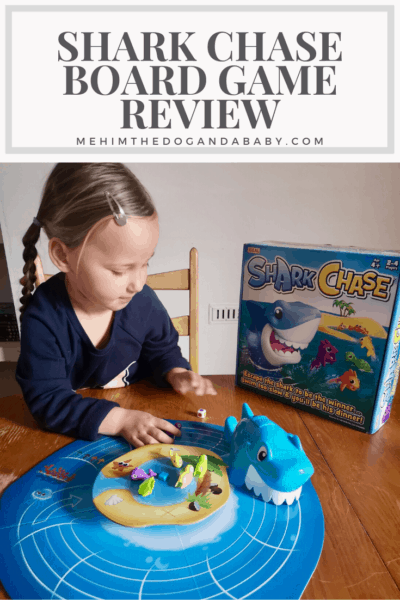