Not too long ago I wrote about Erin’s bedroom and the theme that went with it. We’ve had some lovely comments about her room and some of the items in it, especially the Sylvanian Families Treehouse.

The treehouse is super simple to put together. It comes in a few different pieces but it took me less than 5 minutes. Some of the pieces, such as the trees clip on very tightly and they’re really not going to move but others, like the slide and the house itself come off quite easily. 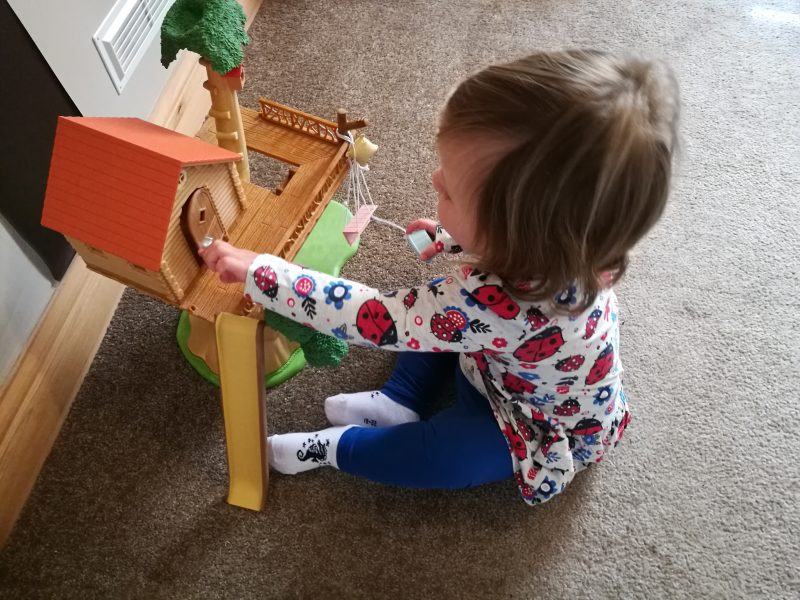 Being only 2, Erin doesn’t really do gentle play very well. It only really takes Erin to touch the door and open it for the house to come off. Every time she plays with the set she pulls the house off so many times and can’t quite get it back on herself. I think it would be a good idea to have this part be a bit more secure.

Even though the house comes off quite easily, it certainly doesn’t stop Erin from having fun. The set has a ladder and a slide, the house has a front door which can also be viewed in full from the back and there is also a hole in the bottom of the tree as well! If you have Sylvanian Families to go in the treehouse there are loads of different ways you can play with this set. 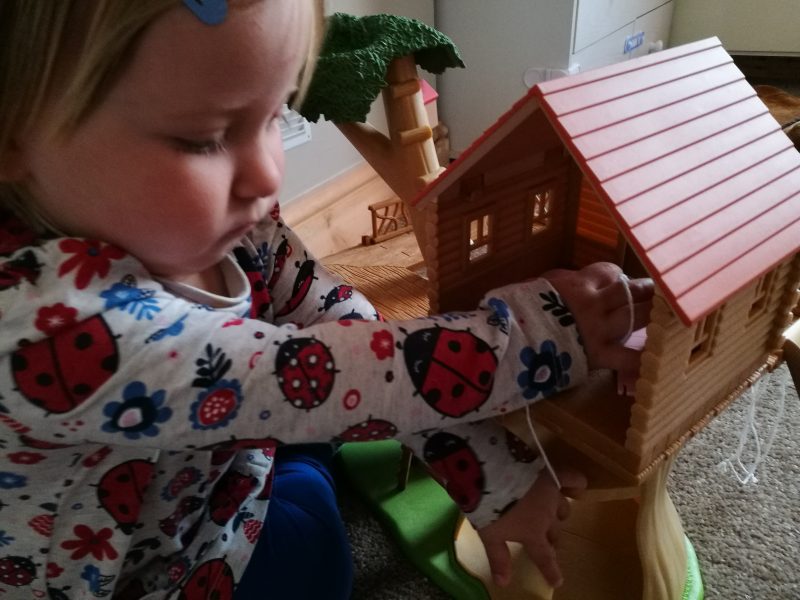 The treehouse is aimed at children a bit older than Erin so a few of the parts I have had to take off for now. This is the swing and the bucket. Erin just kept taking them off herself anyway and throwing them to one side… or putting them inside the house as you can see above. 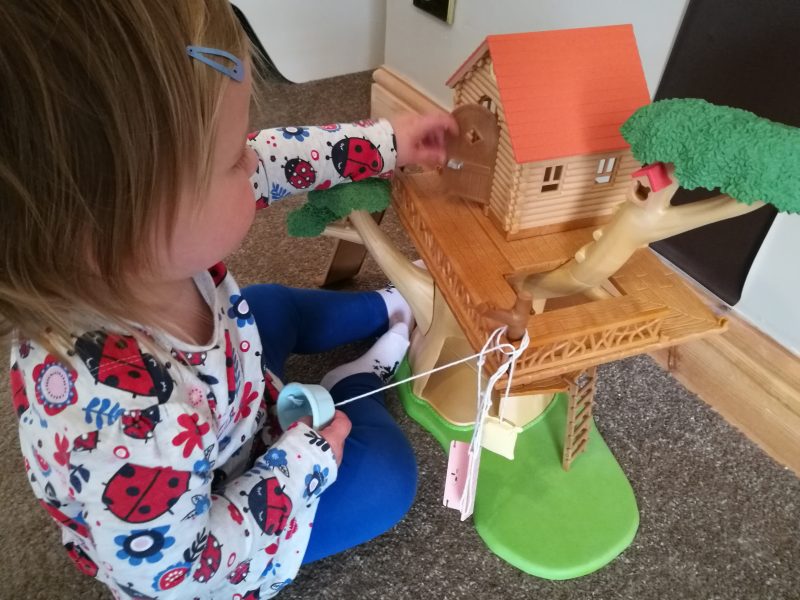 The treehouse can also be added to a clubhouse which looks amazing. This is the first of Erin’s Sylvanian Families collection and it certainly won’t be the last. Erin loves playing with this set so much and I can’t wait to get her some more.