Ever since I got my Kindle I haven’t been able to put it down and I’ve discovered some really wonderful books. Lately, I’ve been more used to reading children’s books but switching over to grown up books has been wonderful. Every month I’m going to share a couple of my favourites so that you might find inspiration for your next read. 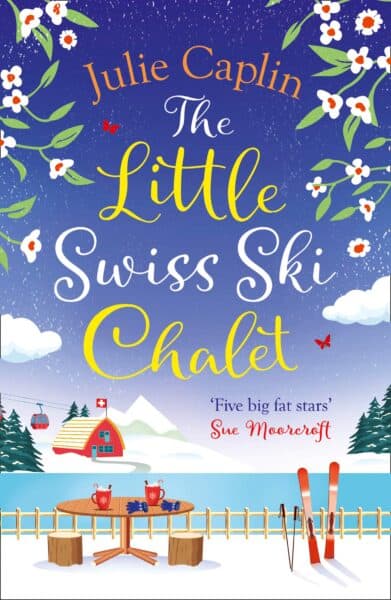 It’s time to pack your bags and head to the breathtaking, snow-covered peaks of the Swiss Alps for velvety hot chocolates, delicious cheeses and a gorgeous love story…

Food technician Mina has always believed that chocolate will solve everything – and it’s just what she needs when her latest relationship mishap goes viral!

So with her bags packed and a new determination to sort her life out, Minna decides to drown her sorrows with the best hot chocolate in the world at her godmother’s cosy Swiss chalet. Chocolate: yes. Romance: no. Until she has a run in on an Alpine train with a mysterious but oh-so-gorgeous stranger…

The Little Swiss Ski Chalet was definitely my favourite book of the month and I was glad to discover a new author that I enjoyed reading so much. I really loved the magical setting with the snow, as well as a lot of talk about chocolate. The main characters had that special spark, both together and alone, but the secondary characters were also great. This one is also fairly clean so if you’re not a fan of sex scenes, you might appreciate that.

As soon as I finished this one I went on the hunt for more by Julie Caplin (and was not disappointed). 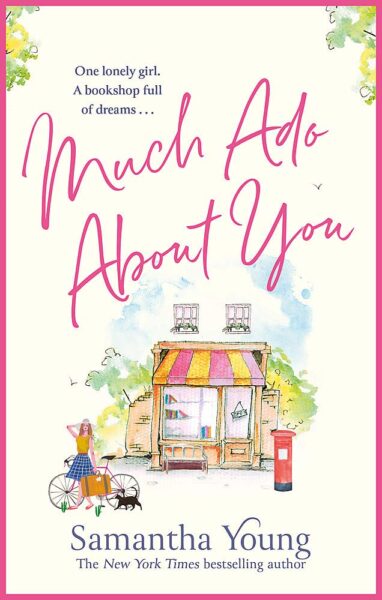 Much Ado About You by Samantha Young*

At thirty-three-years old, Evie’s life in Chicago is missing that special something. When she’s passed over for promotion at work, Evie realizes she needs to make a change. Impulsively, she plans a holiday in a quaint English village. The holiday package comes with a temporary position at Much Ado About Books, the bookshop underneath her new flat. There’s no better getaway for the bookish Evie, a life-long Shakespeare lover.

Not only is Evie swept up in running the delightful store as soon as she arrives, she’s drawn into the lives, loves and drama of the friendly villagers. Including Roane Robson, a ridiculously sexy farmer. In spite of their undeniable chemistry, Evie’s determined to keep him at bay: she’s got to go back to her real life, after all, and a holiday romance can only end in heartbreak . . . right?

I’m a sucker for a book with a bookshop setting so it was really the description of this one that intrigued me. Evie was a wonderful character and I really liked that we got just enough about her problems before she made the impulsive decision to go to England. Evie had the instant like-ability factor and that’s something I always need with a female lead.

I also really loved Roane. There was just something special about him from his first line on the page. The setting was really something special as it was home to such a variety of colourful and interesting secondary characters. With this one, I really felt that Evie and Roane got a lot of getting to know each other time before anything happened. 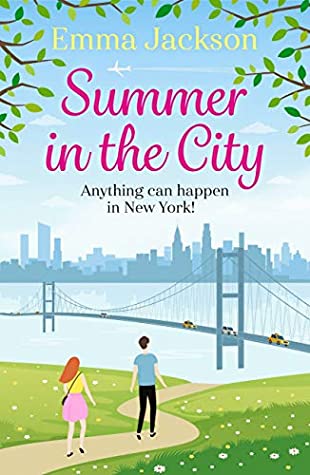 Summer in the City by Emma Jackson*

Stephen is on a very personal mission to find his father as per the wishes in their mother’s will. But he has no idea where to start, not that he’s going to tell anyone that… When Noelle, native New Yorker, daughter of a detective and desperate for a distraction from the novel she’s been struggling to write, offers to help, it feels like the perfect solution.

Except the last time she spoke to Stephen he thought they’d be seeing the New Year in together and instead she stood him up and sold him out! Stephen’s big enough and been around the block enough times to understand that all is fair in love and war, isn’t he? But when Stephen accepts her offer and they begin their search across the city, it soon becomes clear that the weather isn’t the only thing that’s heating up.

After a holiday to New York City back in 2015 I do tend to be interested in any book set here. Emma Jackson really captured the feeling of the city, and the different neighbourhoods and people. Reading this book really made me want to go back one day, and explore some of the places I didn’t get to go to the first time around.