Since John bought me a new Kindle* at Christmas I have been reading a lot more than I have done for quite some time. Every month I’m going to share a couple of my favourites so that you might find inspiration for your next read.

The Moment I Met You by Debbie Johnson* 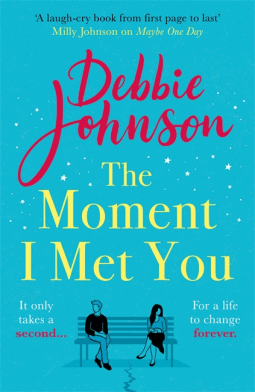 Elena Godwin could never have known that her dream holiday to Mexico would change her life forever. She thought that she was in charge of her own destiny. But on a gorgeous summer evening, her whole world is ripped from her feet in a single moment.

Ten years later, she still can’t forget the face of the stranger who held her whilst everything she knew was destroyed. Thrown back together again, Elena starts to uncover the truth around that fateful night – and questions whether she made the right decision all those years ago.

She only met him for a moment, but maybe it’s not too late…

I’ll be completely honest, I wasn’t sure I was going to like this book when I first started it but once I got past the opening I was hooked.

Elena and her boyfriend are on holiday in Mexico and she’s trying to decide what she wants out of life. Does she want to stay and get married and settle down or is there more out there for her? A huge event changes her life completely though and she has to make some really hard decisions.

It’s really hard to review this book without giving too much away. It’s one of those books where you want to discover the twist for yourself and follow the characters in the story. What I will say though is that this book is full of great characters, not just Elena and the story was amazing. It’s a bit of a rollercoaster of a plot and just when you think you know what’s going to happen, it all changes!

The Moment I Met You was such an emotional read but one that I enjoyed a lot. 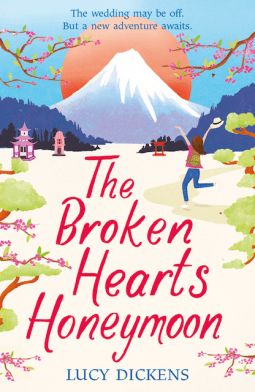 Charlotte had a plan. The perfect country wedding, followed by a month-long honeymoon in Japan – but when her fiancé starts having second thoughts, she knows there’s no choice but to call off the wedding.

Charlotte isn’t sure she knows how to be single, but she is going to try, starting with taking that trip of a lifetime – alone. Will she find herself in the hills of Mount Fuji, or in the karaoke bars of Tokyo?

And will she be ready for romance by the time the cherry blossom flowers?

Charlotte is suppose to be getting married but her fiancé throws a spanner in the works and she has no choice but to call off the wedding. A lot of things can be refunded but not the amazing trip to Japan that they had planned as their honeymoon. Instead of letting it go to waste Charlotte decides to go on the trip alone, even though it’s a couple’s tour for the most part.

Firstly, good on Charlotte for sticking up for herself and not backing down when her fiancé was pretty awful. I loved how determined she was and also how brave she was for doing something huge all on her own. She’s quite a young character with not a lot of life experience so a trip to Japan alone would have been quite scary. I grew to love Charlotte more and more as I read the book, following her on her journey and learning more about herself.

The setting of Japan was amazing and I loved the whole adventure. Japan isn’t somewhere I know a lot about but this book does a great job of highlighting both historical sites, religion and pop culture really well. It definitely made me think about a trip there myself to see some of the things that were described.

The Broken Hearts Honeymoon is such a fun book and not your average romance. In fact, I wouldn’t really call it a romance at all and that was a really refreshing change for me.

The Holiday Swap by Maggie Knox* 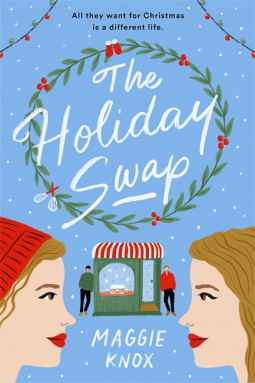 When chef Charlie Goodwin gets hit on the head on the L.A. set of her reality baking show, she loses a lot more than consciousness; she also loses her ability to taste and smell – both critical to her success as show judge. Meanwhile, Charlie’s identical twin, Cass, is frantically trying to hold her own life together back in their quaint mountain hometown while running the family’s bustling bakery and dealing with her ex, who won’t get the memo that they’re over.

With only days until Christmas, a desperate Charlie asks Cass to do something they haven’t done since they were kids: switch places. Looking for her own escape from reality, Cass agrees. But temporarily trading lives proves more complicated than they imagined, especially when rugged firefighter Jake Greenman and gorgeous Physician Assistant Miguel Rodriguez are thrown into the mix.

Will the twins’ identity swap be a recipe for disaster, or does it have all the right ingredients for getting their lives back on track?

It’s been ages since I last read a Christmas book and I actually love reading them out of season.

Cass and Charlie are twin sisters but live very different lives, When one has an accident that could jeopardise her job, they doing something they used to do as children… swap! I love the idea of a twin swap and I’d never read anything like this before.

Cass and Charlie are very different in personality and how they live their lives and I really enjoyed seeing each of them do something different. There was a good contrast as well between each of their lives as one lives in a small town working in a bakery while the other is the host of a TV show.

There are loads of fun moments throughout the book, some drama and of course, it wouldn’t be a Christmas book without some romance too. A little too predictable in places but still enjoyable overall. 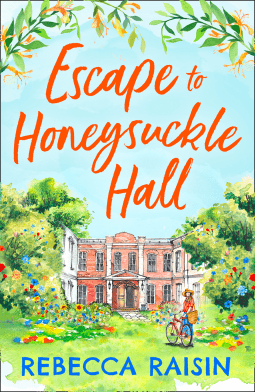 When Orly’s boyfriend and business partner dumps her for a celebrity fling, she finds solace in tacos, tequila and tears. One terrible hangover later, she’s packed her bags and swapped her London apartment for the overgrown grounds of Honeysuckle Hall.

After years spent catering to others’ whims, Orly is going after what she wants: a simpler life, surrounded by nature. Her plan to set up countryside retreats for burned-out city-dwellers means she soon has the social life she’s been dreaming of – and gorgeous carpenter Leo is always around when she needs something fixed…

As Orly’s new life blossoms, so does her friendship with Leo, and she wonders if she’s finally found somewhere to put down roots – until she discovers a series of anonymous notes, warning her off. Was she wrong to trust Leo? Or is someone else trying to sabotage her future?

I very nearly put this book down and didn’t finish it. Main character Orly was part of a very shallow, showbizzy kind of lifestyle due to her job and I just thought that I couldn’t read a whole book like that. But, it soon changed, hence the title of the book and I’m glad I stuck with it.

Orly ends up in a disaster of a breakup from boyfriend Harry as he leaves her for someone famous. Not wanting to be a part of that any more she ends up buying this big estate house that needs renovating and moves out to the a small town to start a new life. I loved Orly’s determination to make her idea work and I liked that it wasn’t something really crazy, It was something actually achievable due to her previous job.

Escape to Honeysuckle Hall is full of some fantastic characters with a new love interest, Orly’s best friend from home and new people she meets as she gets to know people in town. The additional characters really added some funny moments that made me giggle.

Overall, a fun read that is worth sticking with. 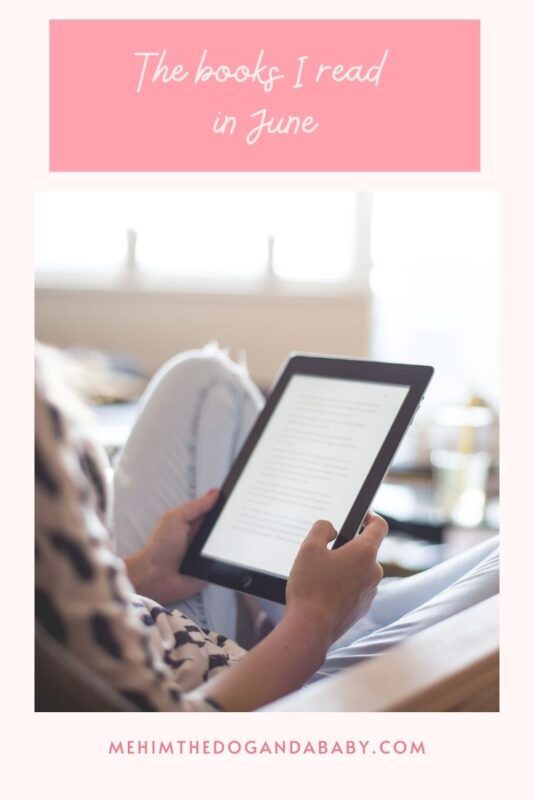