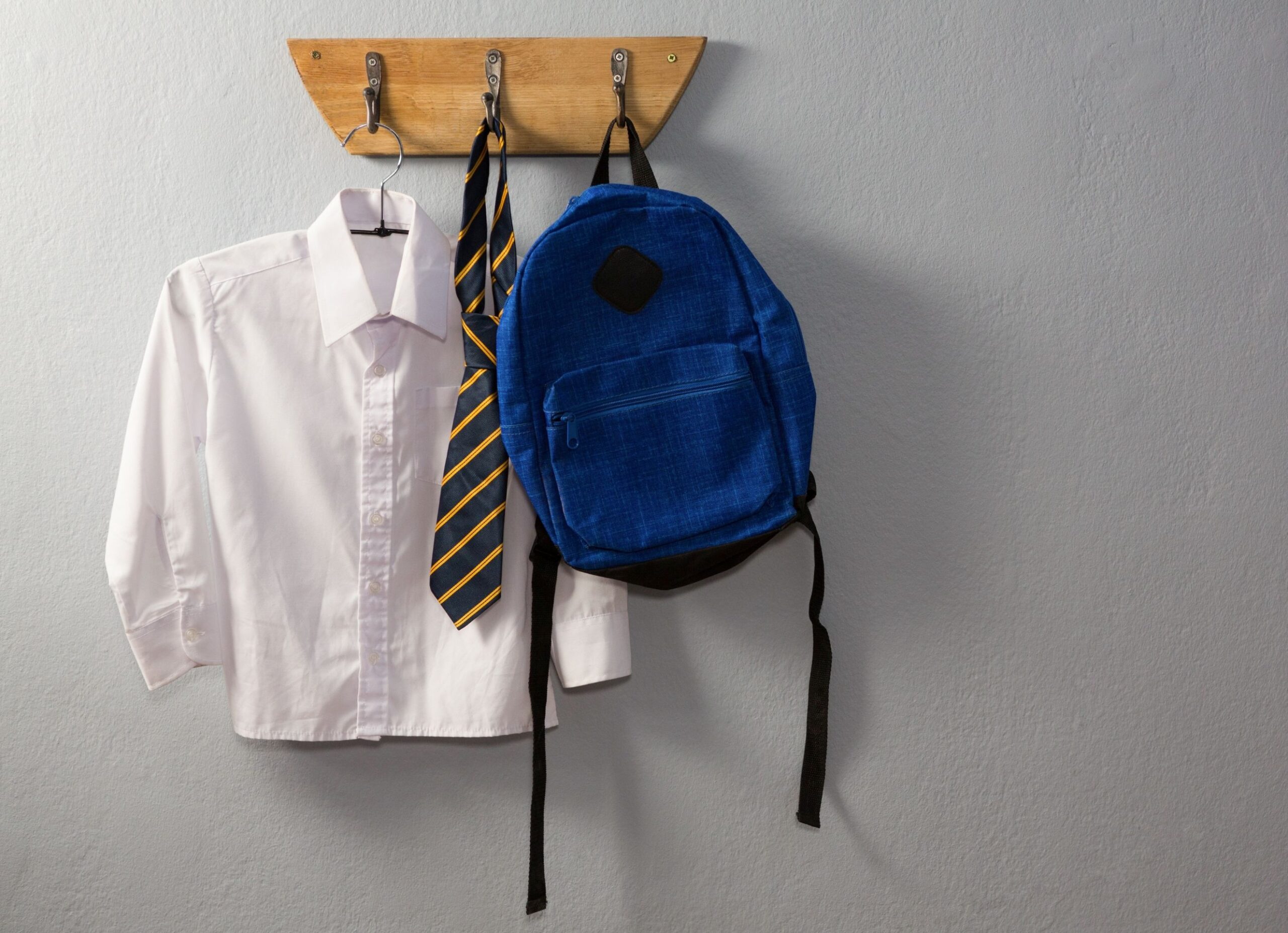 Last year I had to buy school uniform for the first time and let me tell you, it was not as easy or straight forward as I expected it to be. I thought I could go into a shop and pick up everything I needed in one go but that’s really not how it all worked out. In September so many new children will be starting school so I wanted to share some rookie mistakes to avoid when buying school uniform for the first time.

Being prepared is a really good way to tackle the school uniform shop to ensure that you don’t miss anything that you might need. Erin’s school provided us with a pack before she started which included their rules and regulations when it came to uniform. This was a huge help with what we needed to buy but you might also want to note down how many of each thing you need and what sizes you want to buy them in. You can then tick everything off as you go.

Buying only one size

When I bought Erin’s first set of school uniform she was 4 years old and pretty much in that size clothes, so that’s what I bought. Of course, over the summer Erin had a growth spurt and a lot of the clothes I’d bought her only just fit by the time she started school in September. By Christmas Erin had grown out of all of that uniform and needed to move up to another size.

Leave plenty of room for growth! I’ve bought a size up for my daughter now after I initially bought things in the ‘correct size’ and she grew out of it so fast.

Not picking the right fabric

I bought a real mix of uniform for Erin last year from a variety of shops. What I didn’t realise was that uniform in a certain material would suit Erin more than others. Some school uniform can be quite stiff and Erin needs a lot more stretch in her clothes. We now tend to go for a jersey material. We didn’t try the clothes on Erin much before she started school and when we did, it was only for a minute or two so it wasn’t something we really noticed at the time.

Not having enough uniform

We’re a family without central heating (we have electric radiators downstairs) and we don’t have a tumble drier either. This can make washing and drying uniform a bit of a nightmare especially in the colder and wetter months. Erin tends to get really mucky every day so we have to have a whole new uniform each day and this means a lot of washing.

I like to have enough of everything to go a whole week without having to wash anything until Friday evening as well as having a spare set at school. A pack of extra polo t-shirts only cost around £3.50 from Sainsbury’s and it saves me hassle during the week. This might only be something to think about for younger children though.

Having too many options

On the flip side, you can also end up with too many options but in a different way. When I buy uniform now I make sure everything is the same type so no different styles of dress, skirt or polo t-shirt. This way there can be no arguments about what kind of skirt etc. a child might want to wear.

Don’t buy too much. Yes it’s a lot easier if you can go a week without washing, but I’ve found my daughter regularly changes her mind about what she wants to wear: we bought pinafores she wanted skirts, we bought skirts she wanted trousers. And then there were the t-shirts that were “wrong” and she would only wear the frilly collar ones.

While a lot of schools are happy for you to buy things such as trousers, t-shirts etc. from supermarkets for better prices there is also branded school uniform to think about. Erin’s school asks for cardigans or jumpers as well as P.E. t-shirts with the school logo on and these need to be ordered specially. Our cut off date for having uniform delivered to school for the new term in September is early and we have to have it done by end of July. We can order to have it delivered at home until the beginning of August though.

Our local uniform shop had an influx of last minute orders meaning they overran and some people didn’t receive their uniform in time for the school start in September. Try to order by the middle of August.

That being said, you don’t have to buy these things brand new and there are other options available.

Don’t feel pressured into buying directly from the school, it’s often far more expensive than it needs to be. If you do need to have certain items with the school badge check out marketplace or search for selling groups for the school, you can often pick up a bargain

Are you buying uniform for the first time this year or do you have some tips to share with first timers? 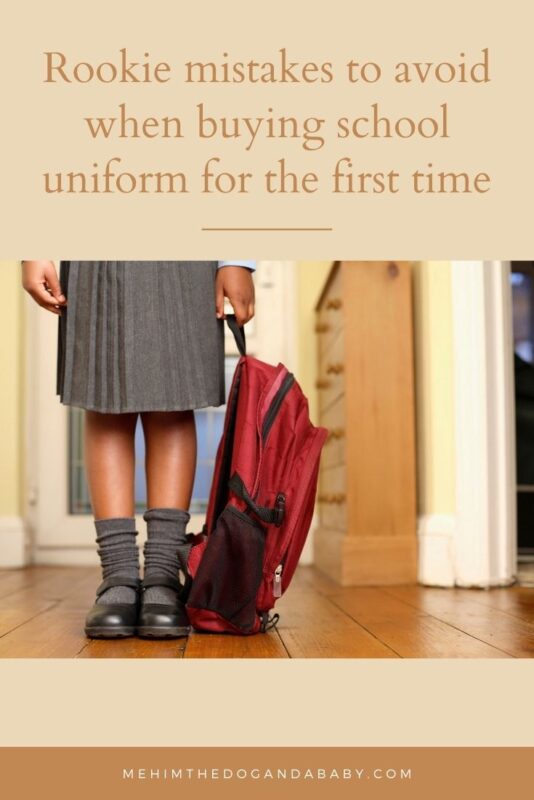