A couple of weeks ago I thought I had Erin’s routine down. Then she started weaning and absolutely everything changed. 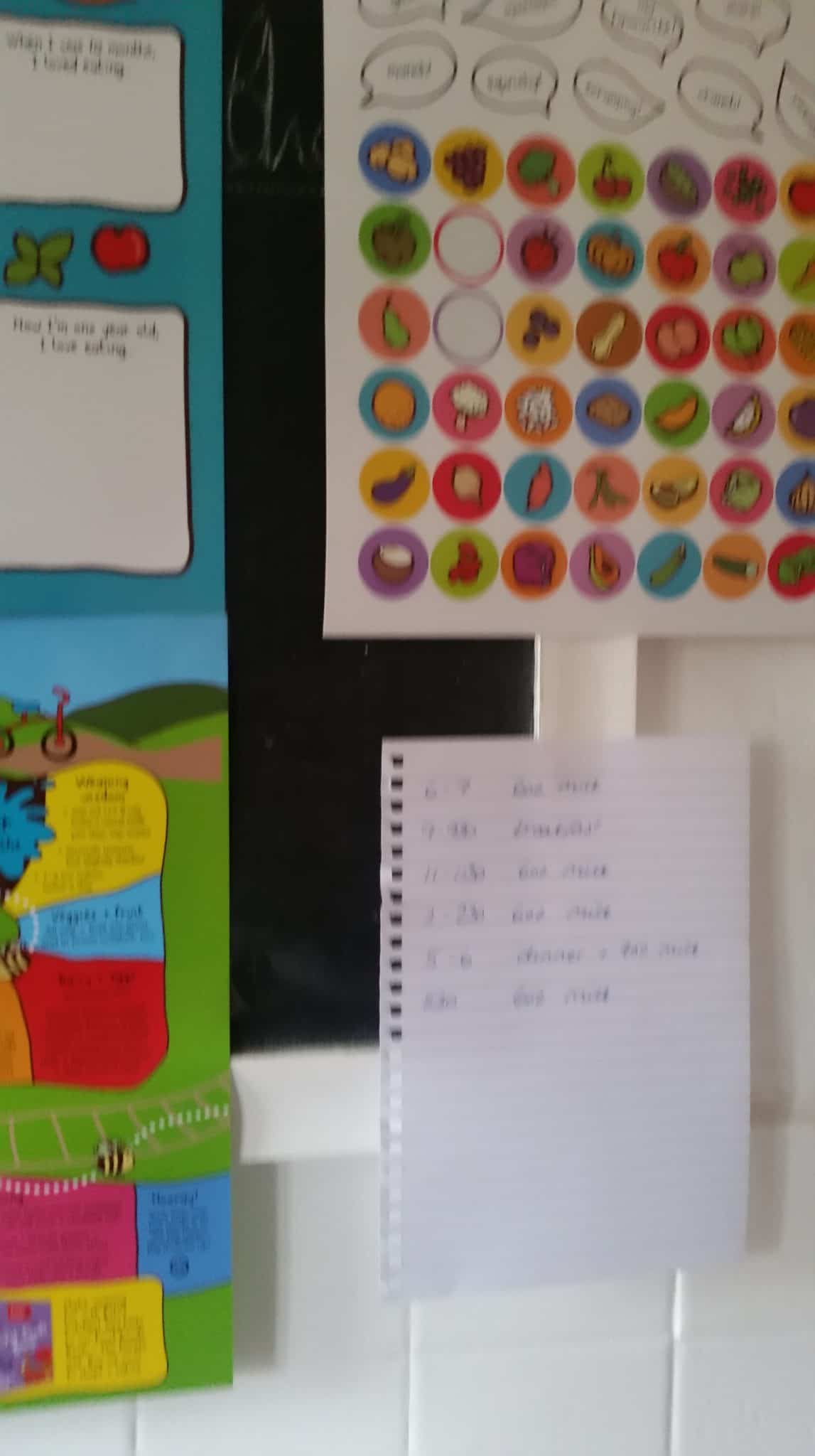 Something I couldn’t have been happier about up until now was the fact that Erin quite happily slept in until 8am or 8:30am. For whatever reason she has now decided that wake up time is somewhere between 6am and 7am. Those kinds of times just don’t exist to me, or I wish they didn’t! As she’s getting up a lot earlier now but wanting to go to bed at the same time I needed to come up with a new routine that fit in her bottles and now her meals!

Erin’s shiny new routine is pinned to the board in the kitchen with her weaning charts!

I just thought that we were doing good with the timings of Erin;s bottles, sometimes getting to 4 and a half hours between feeds but that has all changed now too. Instead of making the times between feeds longer we have actually gone back to pretty much every 2 hours. Urgh. I feel like I am constantly preparing some kind of food or meal for Erin.

This is how her routine looks now: 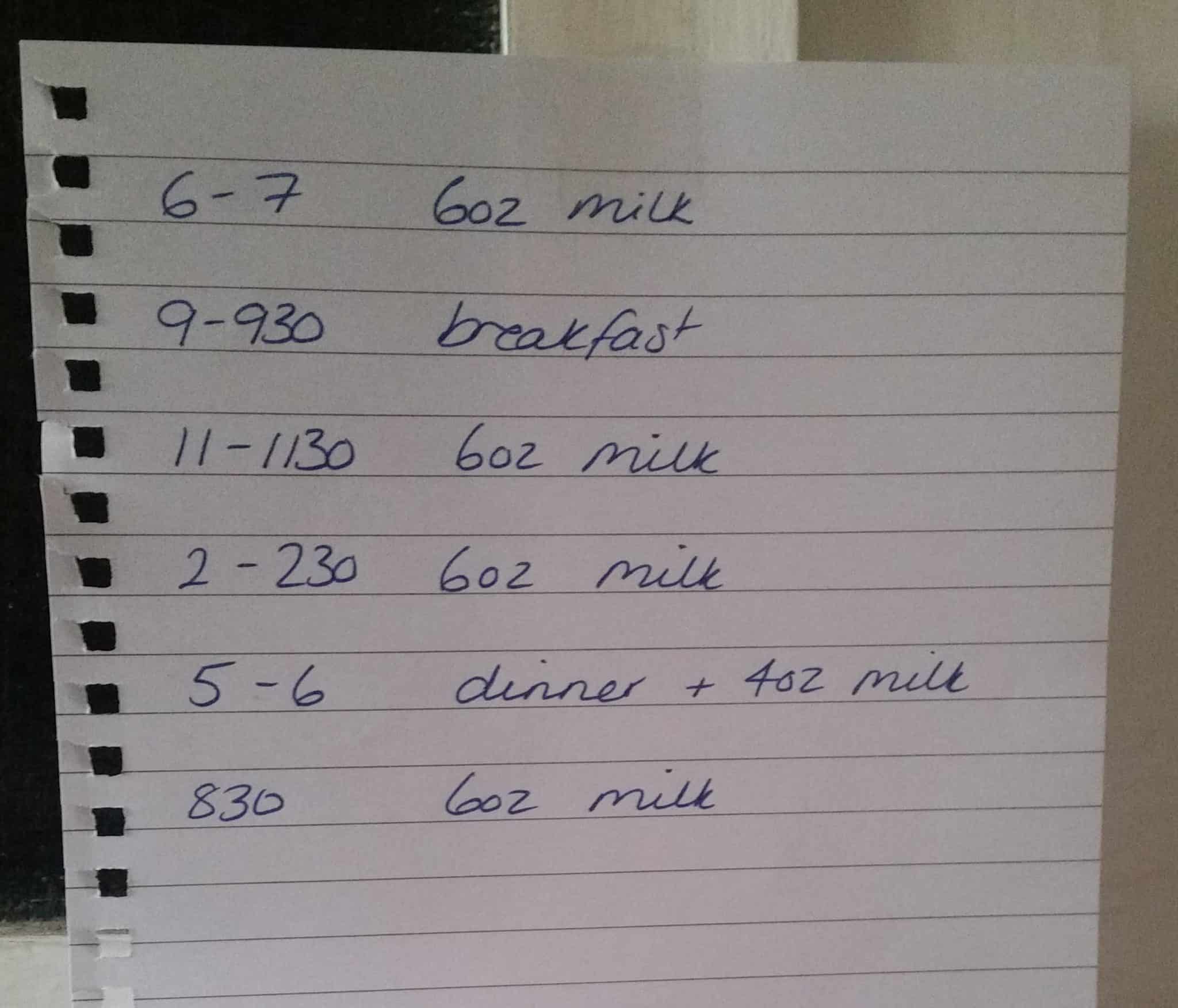 Everywhere I have looked says that she should be on roughly 500-600ml of milk but she’s having way more than this. I really need to speak to the health visitor about this on Thursday when we go to the clinic to get Erin weighed. As she is now having two meals a day I’m worried that she’s going to go up to three meals and still be having too much milk. Does anyone have any advice!?

This routine is working really well for us so far thankfully. Erin isn’t ever really getting so hungry that she’s having massive melt downs (like she was a couple of weeks ago) and she’s really enjoying having two meals a day. I’m so glad she loves her food and seems to enjoy everything she has tried so far.

I wonder when we’re going to have to change again!?