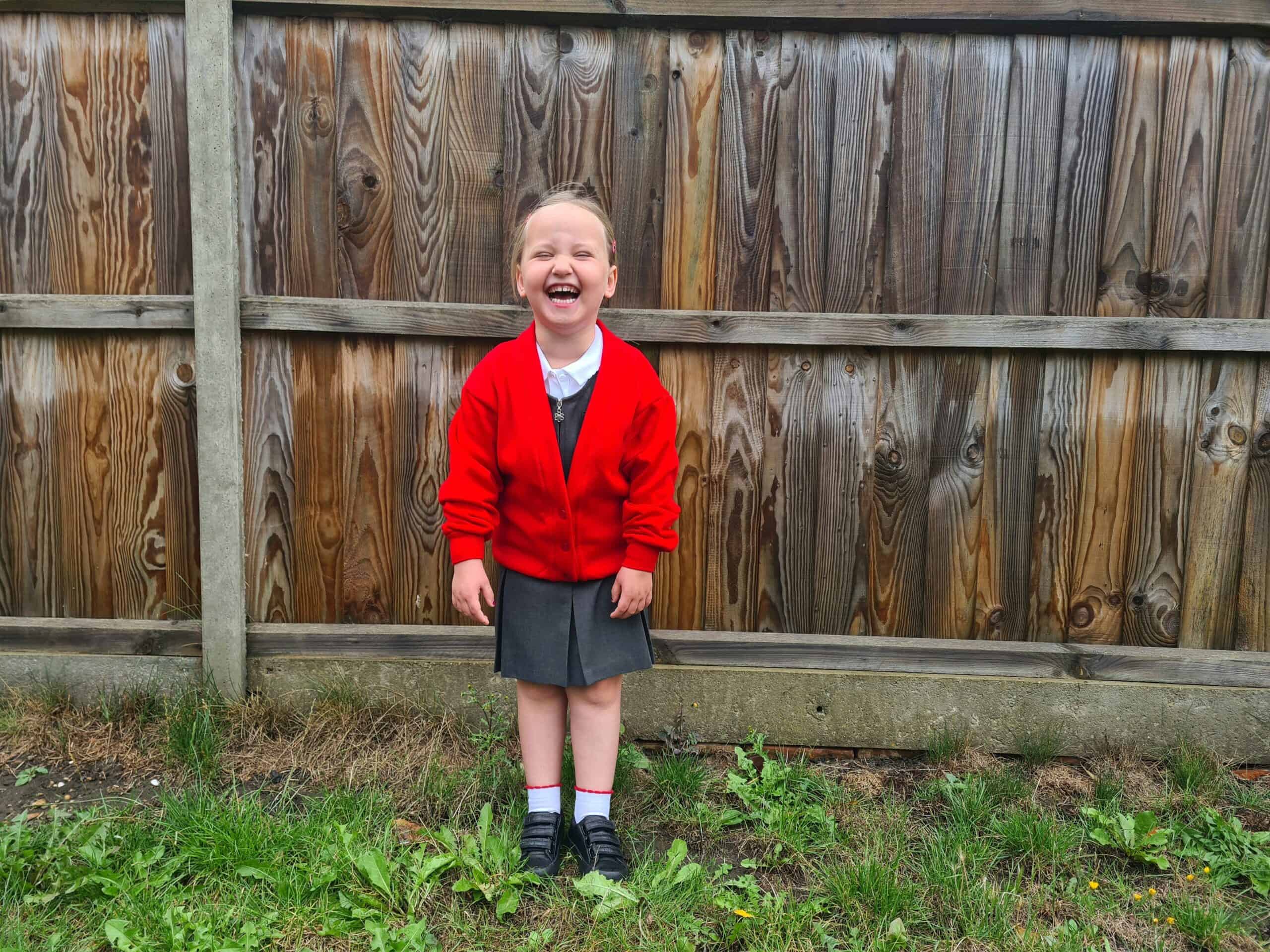 Just over 2 weeks ago Erin had her very first session in Reception. Before Erin even finished nursery back in July we had started to prepare her for moving up to infant school. Luckily, the school is around the corner from our house and we saw it every day on the walk to nursery. I think having the new school so close to home really helped Erin to get used to the idea of going somewhere new.

Obviously, with COVID and lock down, the end of nursery wasn’t quite how it was supposed to be and we didn’t even get to meet Erin’s teacher before school started, except for a phone call. It really wasn’t how I wanted Erin’s start to school to be; she didn’t even get to look around the school. But, none of that could really be helped and we just had to get on with it.

The school had set up a week and a half of transitional sessions for the children.  The first lot of sessions were only 2 hours long; 2 of which me or John had to stay for. The sessions slowly got a little bit longer until they changed to 2 days staying for lunch and then full time hours. John and I only had to stay for the first 2 sessions and even then, they were both outside. I honestly think that I could have left Erin on that very first session though and she would have been absolutely fine. In fact, she had been there for about 2 minutes and then said ‘You can go now Mum’. I think she was actually a bit annoyed that I did stay! The first week of sessions were only with half of the class too so the amount of people wasn’t quite as overwhelming as it could have been.

As Erin has been at nursery since she turned 2, and had to change settings after 1 year, I think it really made the transition to Infant school a lot easier. On the first day where she spent time at school without us, Erin went in without any problems whatsoever (apart from falling up some steps). Something to mention is that Erin also has friends from nursery in her new class, who she was really good friends with before. Having familiar faces in the playground and the classroom made things so easy for Erin, as really, it was just like going back to nursery but with a new teacher. 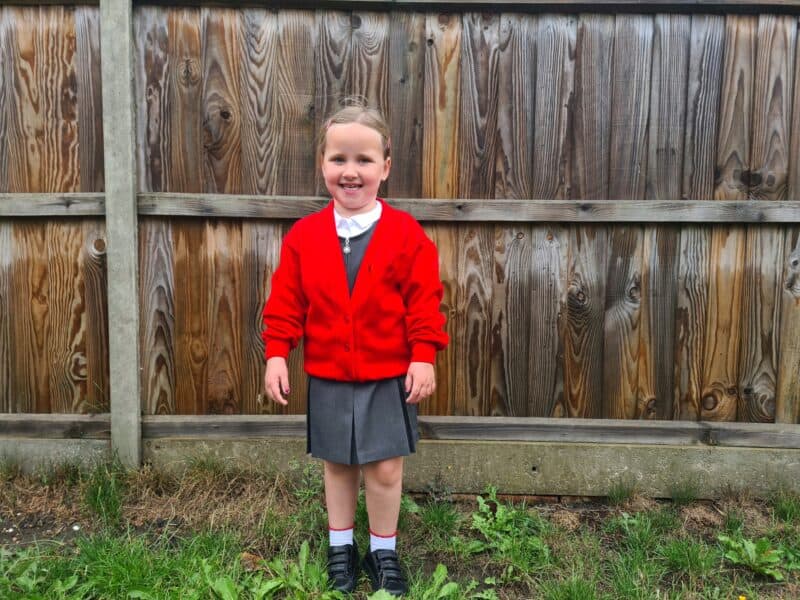 My main worry with Erin was school lunches. Still being quite a fussy eater means that Erin is fairly reluctant to try new things. Due to Erin’s age, she gets free school lunches for the first three years of school, which is great for us as it means no more annoying packed lunches. However, Erin won’t eat everything on the hot food menu for example, on her first day with lunch it was curry and rice, which she flat out refused to eat. We had been trying new foods on the run up to this but rice and curry is something she just doesn’t like. So, instead of the hot meal Erin had to opt for the school snack pack, which was something like a ham roll (or cheese or tuna) some kind of fruit and a biscuit. I really don’t feel like the snack packs are nearly as filling as the hot meal which comes with something like cake or proper pudding though.

The good thing though is that it’s usually only the meal on a Tuesday that Erin won’t eat (curry and lasagne) and maybe a spaghetti bolognese on another day. With some of the other meals, she’ll eat some bits of it like mash and veg but maybe not the meat but I can live with that. We’re going to have to see how that works out over the next few weeks when she’s been able to see what everything is like on the 3 week menu rotation.

The last thing to throw a bit of a spanner in the works is illness. Erin had a cold after only the first week, as did most of her friends. It’s really tough to know what to do in this kind of situation. Colds and sniffles are inevitable and they pretty much go hand in hand with the back to school period. Of course, Covid adds something else to this completely and we now have to be much more careful with sending our children into school if we think they have symptoms. None of this is helped by the fact that tests seem to be impossible to get and I think many people will be forced to isolate for the 14 days before sending children back to school. I imagine there will be some quite empty classrooms for a while!

Now, all I need to do is to figure out how I get Erin to tell me what she actually did at school and it will all be good!

Have you had children go back to school this month? How did it go? 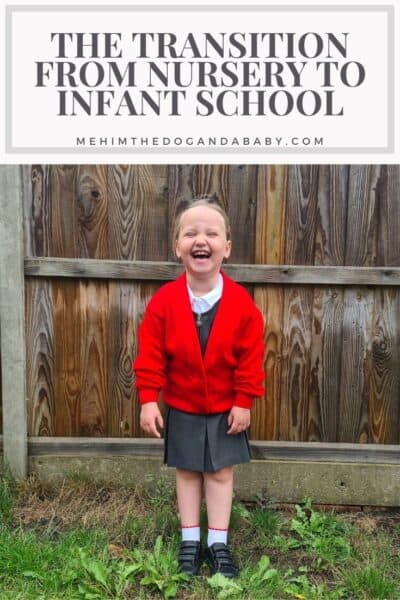