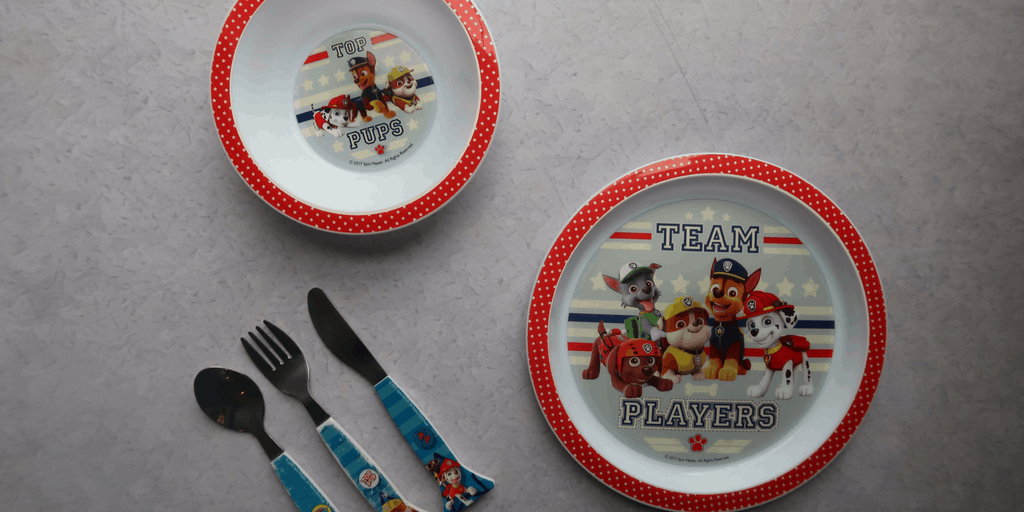 We had such a positive experience with weaning and I was so happy when Erin seemed genuinely happy to try new foods and she really seemed to enjoy eating. In fact, the stronger the flavour the better. However, it seemed like as soon as Erin turned 1 she became a fussy eater. Erin just didn’t want to know any more and we were forced to deal with a very limited menu. 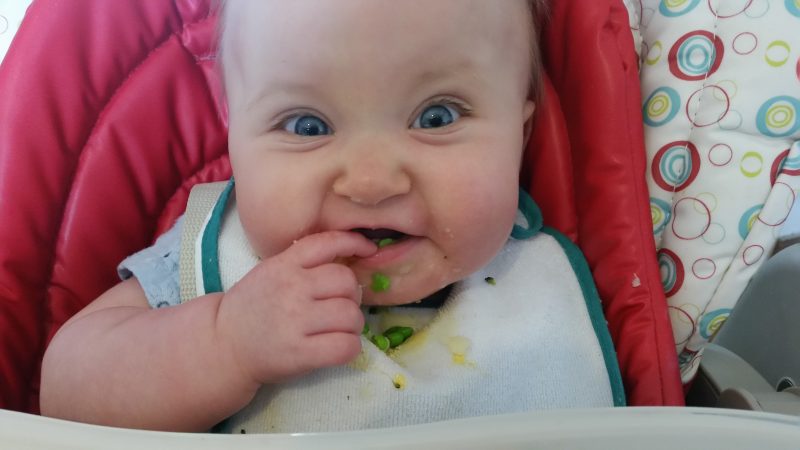 No matter how much we tried to get Erin to eat new things or to at least try new foods she refused. Sweetcorn was the most offensive thing to her in the whole world.

So, when Erin started nursery in January I was pretty worried. Erin’s nursery is part of a private school and all of the children eat together. They have the choice of a hot lunch or rolls etc. which has to be decided in advance and children do not take in their own food. I was really worried that Erin would go all day without eating because of how fussy she had become. I voiced my worries to the nursery manager but we decided that Erin would have hot meals and we would just see how things went.

The first couple of weeks were a bit hit and miss. Erin did not enjoy being dropped off at nursery in the morning and it has take up until a week or two ago for her to be happy about going. The big change carried over to mealtimes as this was something completely different for Erin. Each day we get a diary filled in which tells us what Erin ate. To start with she would only try a few bits and honestly, I thought it was brilliant that she was even trying.

Erin has now been going to nursery for 3 months. She started off at 2 days a week in January and then moved up to 3 days a week from February. Whenever I speak to the nursery staff they all tell me how good Erin is at lunch and she generally always eats most of the food on her plate. I read her diary now and see that Erin is eating loads of new things for both snacks and at lunch. The staff have actually been quite surprised to hear that Erin is pickier at home although she is also trying a lot more here too.

I love that all of the children eat together at Erin’s school and I think it’s had such a positive impact on her. Erin is encouraged to feed herself and she can see other children doing the same. We’re not completely out of the woods yet but it makes me so happy to see Erin enjoying food again.

Is your child a fussy eater? Do you have any tips for getting them to try new foods? 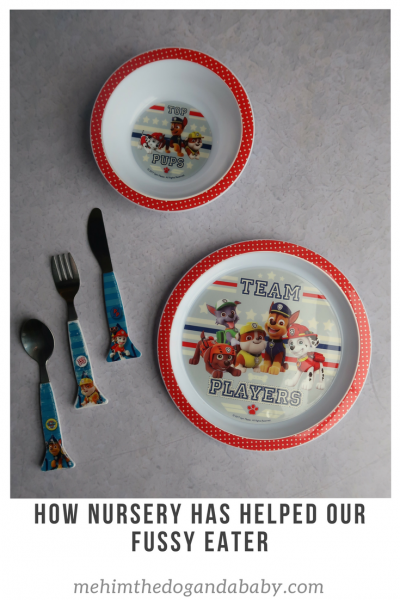