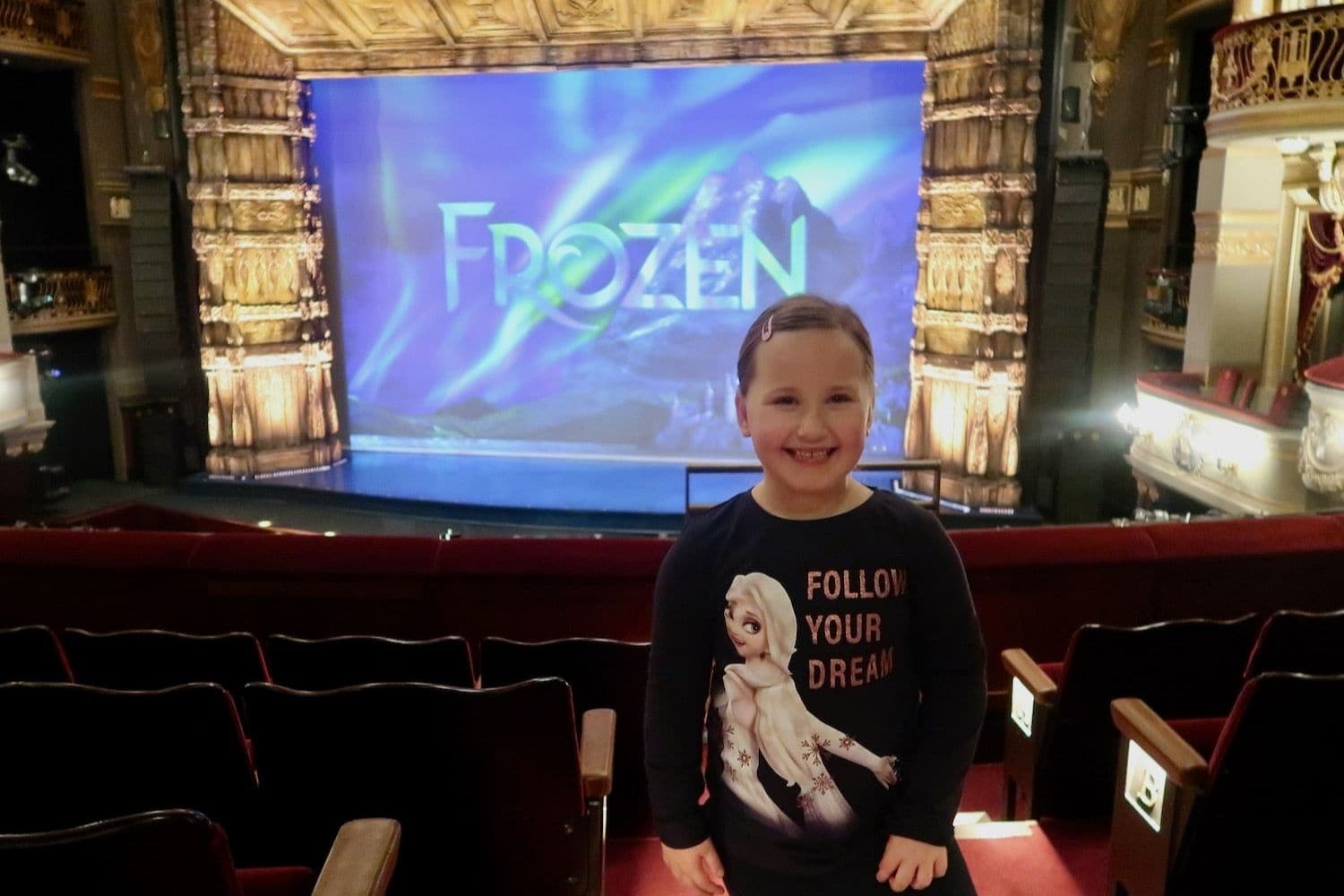 With Erin’s birthday being on New Year’s Day we booked a special trip to London during the week between Christmas and New Year. We wanted to make the most of our 2 night stay at the DoubleTree by Hilton West End so we also booked tickets to Frozen the Musical!

Where is Frozen the Musical being shown?

There are numerous places that you can buy London theatre tickets from but we chose to go with LW Theatres. The website was really easy to use and we could see a range of dates and prices available for Frozen tickets. We already knew when we wanted to go as we had a stay in London already booked. This made finding tickets much easier.

You can view tickets on a seating plan of the theatre and they’re broken down into colours all of which, cost different amounts. We chose to sit in the Royal Circle and booked sears B 9, 10 and 11. After fees etc. these were just over £101 each. There are cheaper tickets available depending on when you book and some tickets are as low as £20 each.

As we chose a date between Christmas and New Year there wasn’t a lot of choice for tickets even though we booked a couple of months in advance. We also wanted quite good seats as this was Erin’s first West End show.

We booked our tickets on 1st September for a 29th December show and we were emailed the tickets on 29th October.

Frozen the Musical is recommended for a general audience aged 6 and up. Children under the age of 4 (including babes in arms) will not be admitted into the theatre. All persons aged 16 or under must be accompanied by an adult and may not sit on their own within the auditorium.

Firstly, our seats were amazing and well worth paying for considering this was Erin’s first West End show. We were at the end of a row, near the stairs so easy to get out if Erin needed the toilet. There was a slight restriction in view on the very end seat but nothing important was missed in the whole show.

On the day we saw Frozen there was an understudy playing Elsa, which I was disappointed with at first because I really wanted to see Samantha Barks. However, it was very quickly clear that this really wasn’t an issue at all and Danielle Fiamanya who was Elsa on that day was absolutely incredible.

In terms of the show itself I think if you’re going with smaller children it’s important to explain to them that it won’t be exactly like the film. There are differences in the stage show and there are new parts and songs added that the children won’t know. As well as this, there is an announcement before the show starts asking for children to not sing and talk throughout. We had prepared Erin for this beforehand and we had a chat about West End shows being different from the pantos that she is used to.

The production of Frozen the Musical was really magical. From the costumes to the set changes to the cast, everything was really amazing and there’s so much to look at. Erin could not take her eyes off the stage and was following absolutely everything that happened.

I’ll be honest, I cried while watching the show. Some moments especially were just so good. Also, it was quite hit and miss whether we would actually get to go due to cancelled shows before Christmas. Erin absolutely loved the show and I think this was a good age to take her. Being nearly 6 she has a good attention span for the length of the show, which was about 2 hours 20 minutes with an interval. 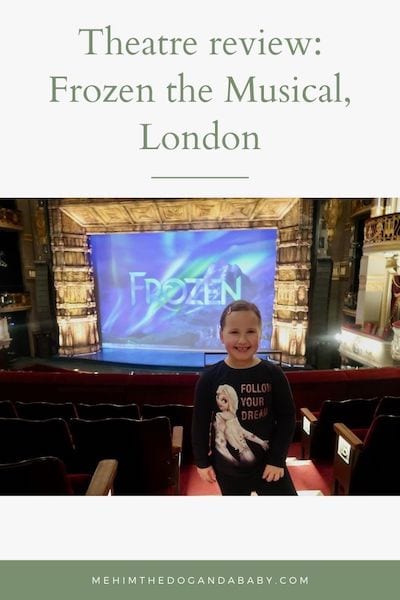