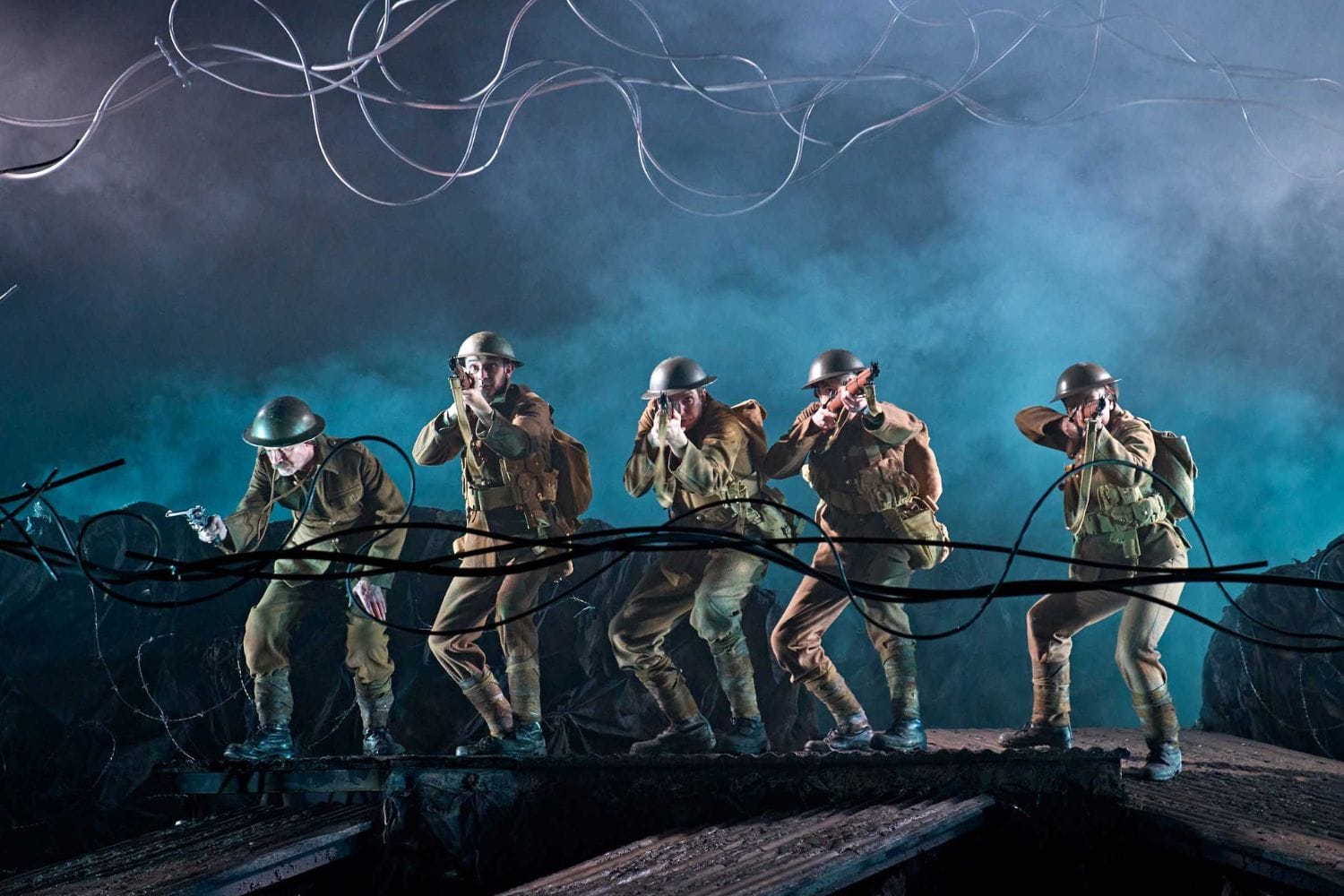 Usually, when I go to the theatre it’s for a pantomime at Christmas or a musical of some kind; I’m not sure I’ve ever actually been to see a regular play. However, I loved the sound of Private Peaceful so couldn’t wait to go and see it on opening night at Norwich Theatre Royal.

The Peaceful brothers, Tommo and Charlie, have a tough rural childhood facing the loss of their father, financial hardship and a cruel landlord.

Their fierce loyalty to each other pulls them through, until one day they both fall for the same girl. And then the Great War comes.

Set against the epic backdrop of WW1, we join 16-year-old Private Tommo Peaceful in the trenches as he takes us on a journey through his most cherished memories and tells his story of courage, devotion, family and friendship.

Award-winning Private Peaceful was shortlisted for the Carnegie Medal, won the Red House Children’s Book Award and the Blue Peter Book Award. Acknowledged by Michael Morpurgo (War Horse, The Butterfly Lion) as his favourite work, this thrilling new ensemble retelling by Simon Reade, directed by Elle While, explores the lengths a young soldier will go to, to fight for what is right.

Taking place in a rural setting, the stage has a very minimalistic feel to it, with very few changes made throughout the show. You get a hint of a farm, a family dining room, a school and later, scenes from the war with characters in the trenches. The set is really very clever, with lighting used in different ways for different scenes, innovative ways to hide characters while something else happens and most importantly, works without any massive alterations.

Daniel Rainford plays Thomas ‘Tommo’ Peaceful, who we find struggling with time in the dark, clearly counting down to something that’s about to happen. He thinks back to other times in his life right from his first day at school, the day his father dies and growing up along with his brothers and friend Molly.

Rainford plays a wonderful, young, 16-year-old naively signing up when the war comes and brother Charlie, played by Daniel Boyd, along with him. The brotherly bond was shown fantastically between the two actors and you end up hoping for a happy ending throughout.

Private Peaceful has a very small cast of only 8, a lot being understudies for multiple parts. It was great to see everyone being used in different ways such as men playing women and vice versa. Liyah Summers, who plays Molly, is also the understudy for the main character Tommo!

Private Peaceful is not always an easy play to watch, touching on subjects such as death, pregnancy and of course, quite hard to watch at times, scenes of war. However, there are also some really funny moments too which helps to lighten the mood at times. Private Peaceful is a play you’ll be thinking about for days afterwards. It’s a story of love, friendship, brotherhood and the need to support your country in a difficult time. 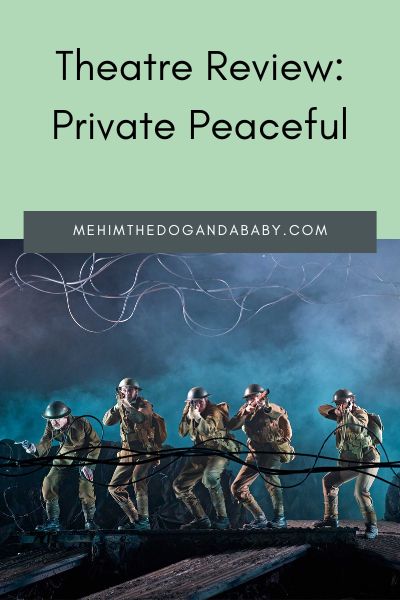