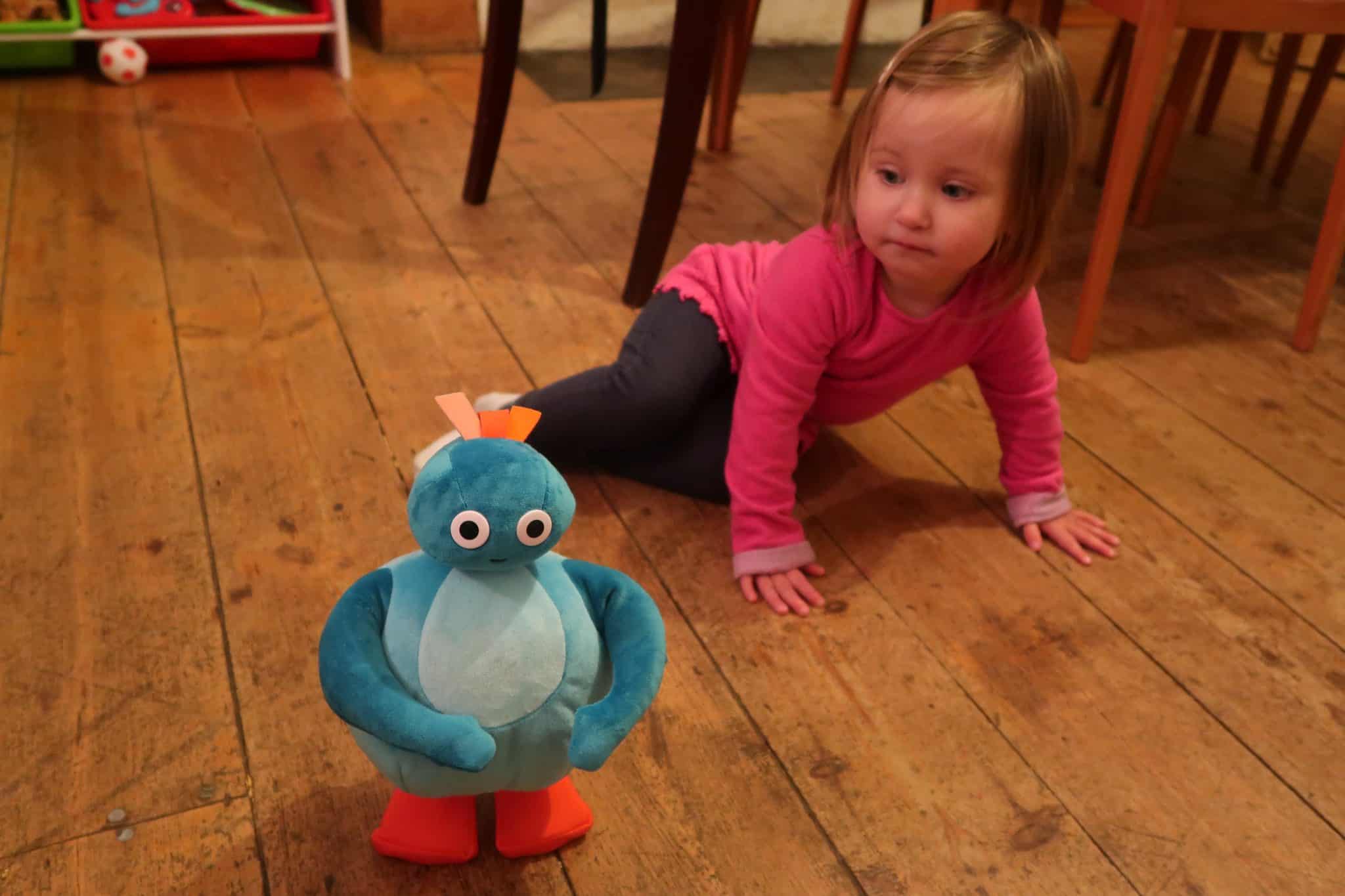 Twirlywoos is one of Erin’s newest favourites to watch and she absolutely loves the theme song. As soon as it comes on the television she starts singing about Quacky Birds and bopping around. I think Twirlywoos gives Paw Patrol a run for it’s money in terms of favourites now. So, when we were asked to review the Twirlywoos Musical Statues Great BigHoo I had to say yes!

Musical Statues Great BigHoo comes with two features, musical statues and dancing mode. Each feature is controlled by BigHoo’s hands so pressing one will make him sing and dance!

When I first showed Great BigHoo to Erin, she just wanted to cuddle him and she didn’t really understand what he was far. The first time we used the dance mode Erin immediately ran to the couch, sat down and cuddled him and wanted to watch Twirlywoos on the television. 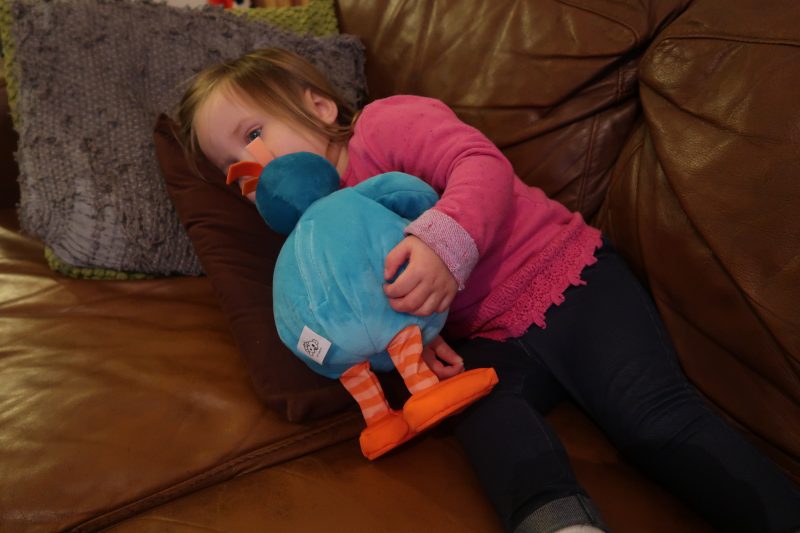 Trying out the musical statues mode for the first time did not really go as I had planned. Erin kept wanting to pick BigHoo up and walk around with him, rather than let him dance. I danced with Erin quite a few times to show her how to play musical statues and she thought me posing in certain ways was hilarious. Now that we’ve had BigHoo a little while she does understand him better and loves to play with him properly now.

GoldenBear Toys have a fantastic range of Twirlywoos toys and I can’t wait to get some more for Erin. I think she would especially like a Quacky Bird or a Peekaboo!