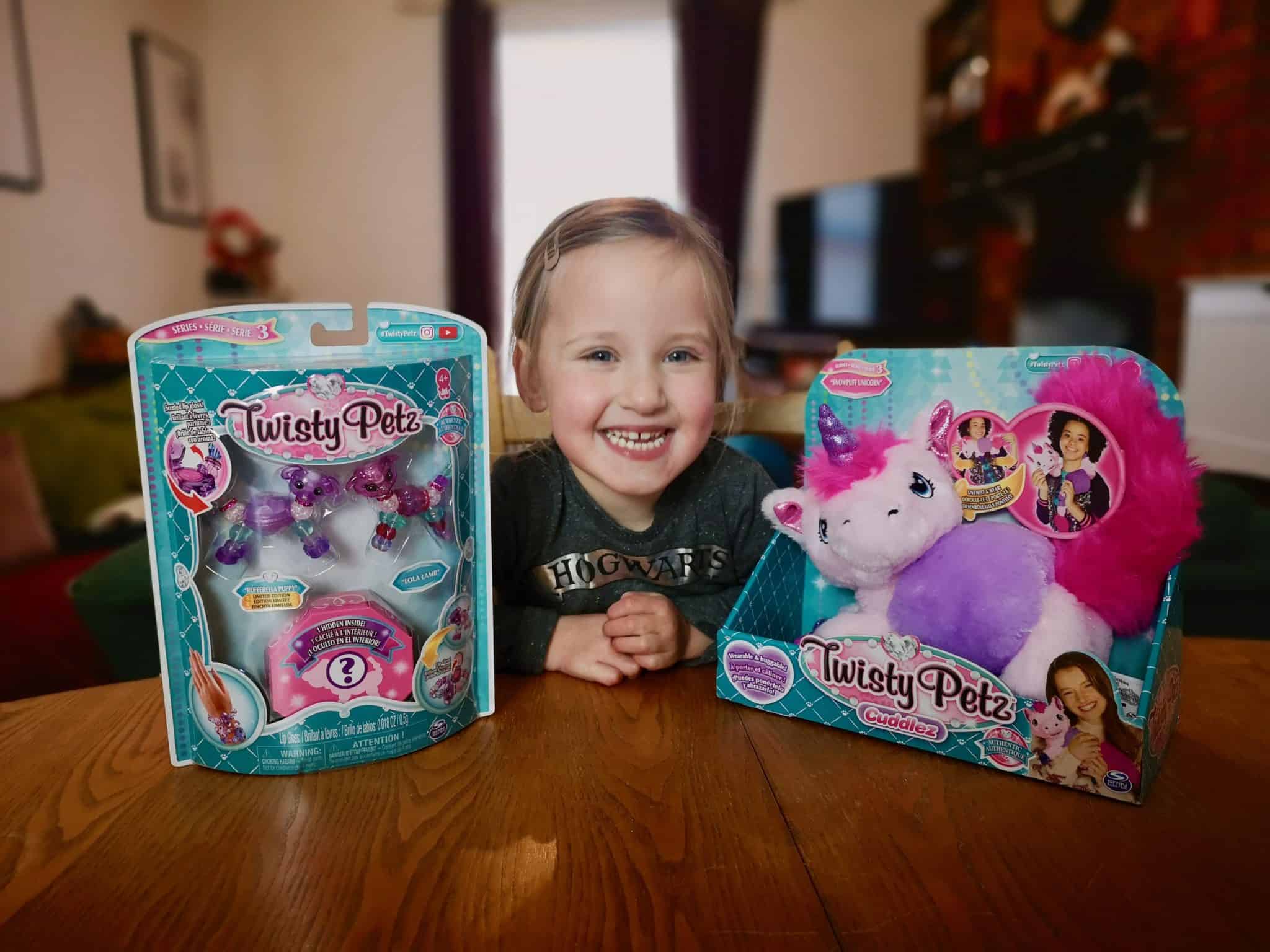 I’ll be honest and admit that I don’t often buy Erin the ‘girliest’ of toys. However, Erin loves anything pink, cute and sparkly so I knew immediately that Twisty Petz would be her kind of thing. We were recently sent some items from the new Twisty Petz series 3* for Erin to play with!

First up we opened the Twisty Petz plush*. There are various characters to collect but Erin was sent Cuddlez the unicorn. Of course, as soon as Erin saw Cuddlez she was so excited to see what she could do. Cuddlez isn’t any ordinary plush toy though and she’s a wearable toy! 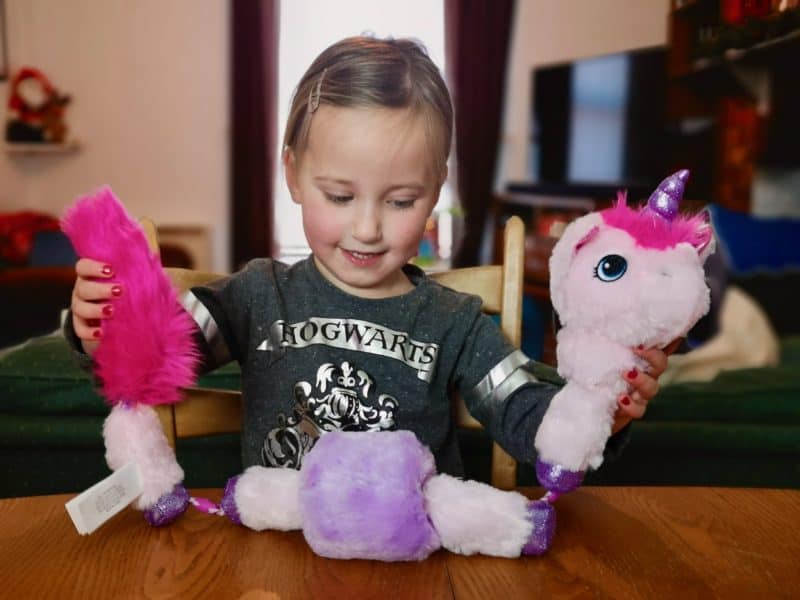 Once we got Cuddlez out of the box we had to figure out what to do with her. The instructions could have been clearer as we were all a bit confused. You’re supposed to be able to sort of pull the ends of Cuddlez and she should untwist to make one long piece that can then be worn. We had a few issues though and this wasn’t quite as easy as it should have been but we got there in the end. 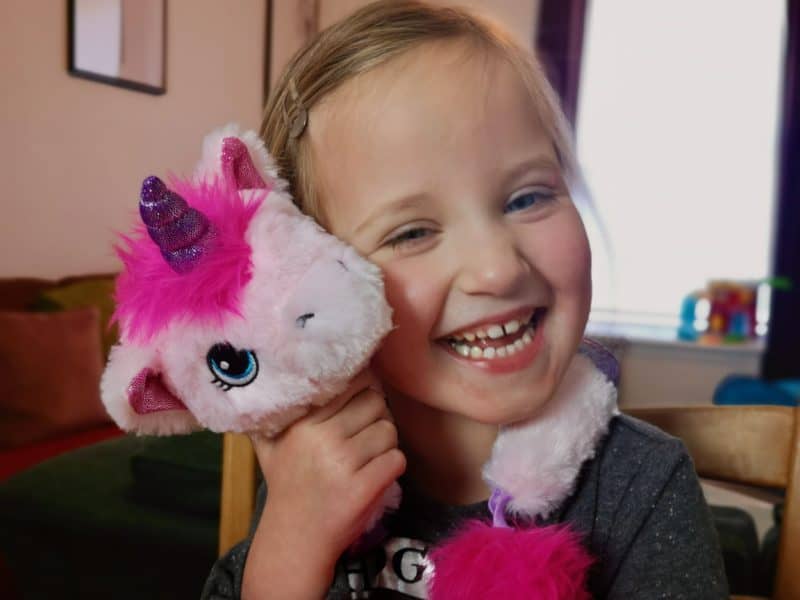 Once we got Cuddlez untangled Erin was so happy. She loved having her round her neck and it was like she had a new best friend. We spent some time putting Cuddlez back into different positions and getting her legs back in the right place to make her stand up again. It’s great that this toy can do more than one thing and Erin really loves playing with it. 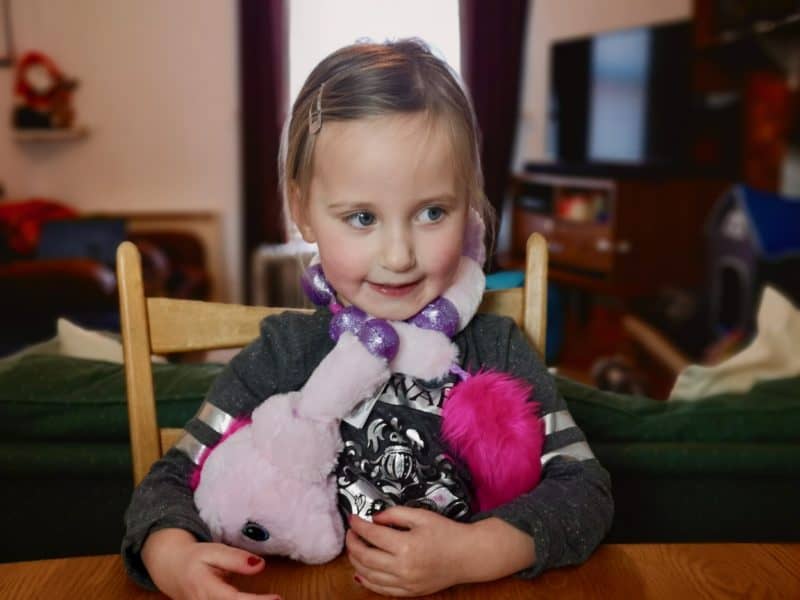 Erin was also sent a Twisty Petz 3 pack* which included Rufferella Puppy, Lola Lamb and one secret animal. These turn from adorable jewelled animals into lovely bracelets to wear. The bracelets unsnap a lot easier than the plush toy did and it was a lot more straightforward to get them from one state to another. 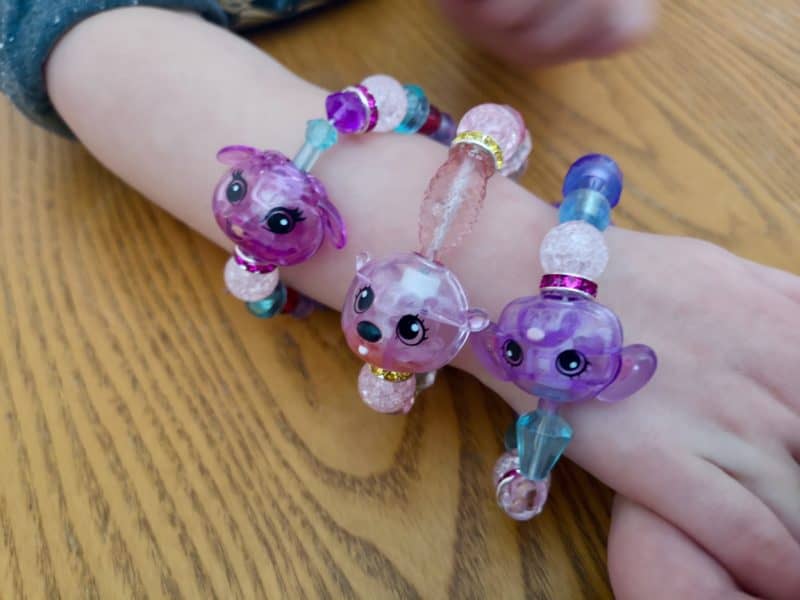 With the pack Erin got 1 limited edition bracelet that included a lip gloss. This was in instant hit with Erin. As she walked around admiring the jewelled bracelets on her wrist she stopped now and again to pop open the lip gloss to make her lips soft and glittery. She’s really into these kinds of things at the moment and she really loves that she can do this bit all on her own. 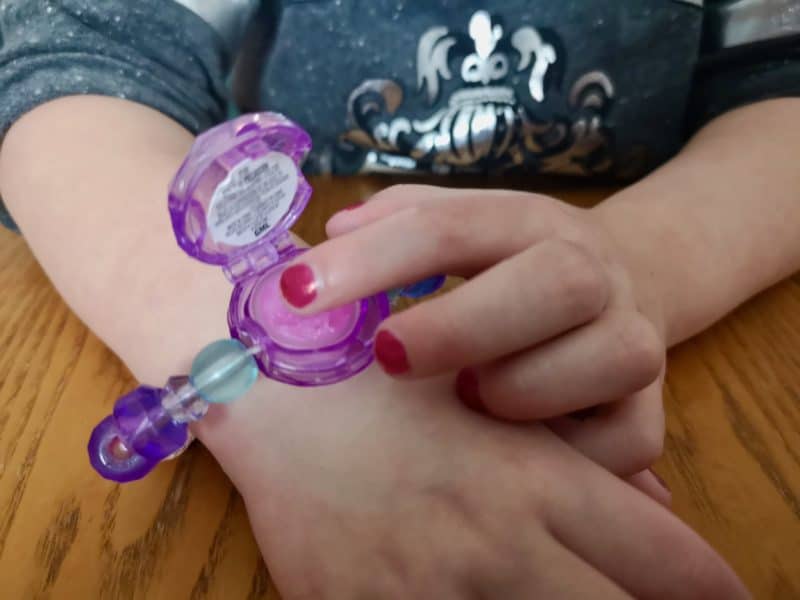 We haven’t had anything like Twisty Petz before but they were an instant hit with Erin. We both loved that all of the toys did different things and that there was lots of imaginative ways to play with them. I do think the bracelet with the lip gloss was Erin’s favourite though as she picks this bracelet over the others most of the time, unless she wears them all at once! 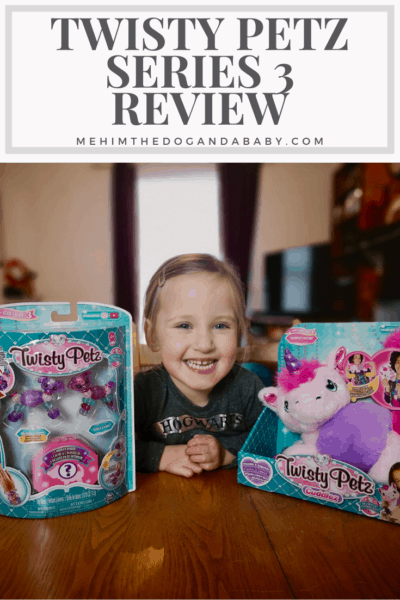