Welcome to What We’ve Been Watching! Here I talk about anything on TV, Netflix or films that we have been watching for the past month! Once again, September has been a really busy month. John has been away for work, we went to London for a few days and I also went to Manchester for Blog On! John also managed to break his wrist and we’ve both been exhausted. Some nights I haven’t had the TV on and instead sat at my desk trying to get on with some work.

This month the GBBO came back but on Channel 4 and everyone was unsure about the new set up and whether or not it would work. Personally, I love it. I really like the new hosts and the judges are great together. Also, I think the challenges are harder but more fun this series and that’s really making it for me.

I saw this advertised while we were watching something else and seeing as it’s made by the same people as Empire, I knew I had to give it a go. I was addicted from the first episode.

STAR follows three girls who are trying to make it in the music business but all come from very different backgrounds. The music is fantastic if you like this kind of thing and the storylines are gritty I love it so far! It’s got a great cast too with Queen Latifah, Benjamin Bratt and Tyrese Gibson! 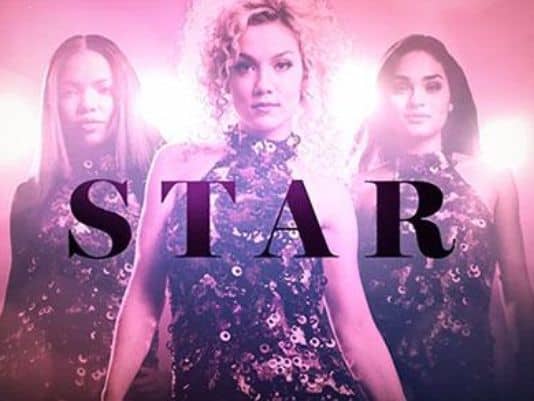 AHS has been a favourite of mine for years. I remember watching the first series, Murder House, back when I was at university and having to turn the lights on because it was so scary! Cult ties in with Freak Show a bit and I think this series is really quite different to the others. Each year something changes dramatically and I love that you never know what you’re in for. Some people complain that they want the older formats back but I don’t mind the changes!

Strangely, I don’t actually remember watching any films this month. I’ve had a lot of recorded episodes to catch up on as well as starting a few new things so I haven’t really had the time. What films on Netflix would you recommend?!

2 thoughts on “What We’ve Been Watching: September”