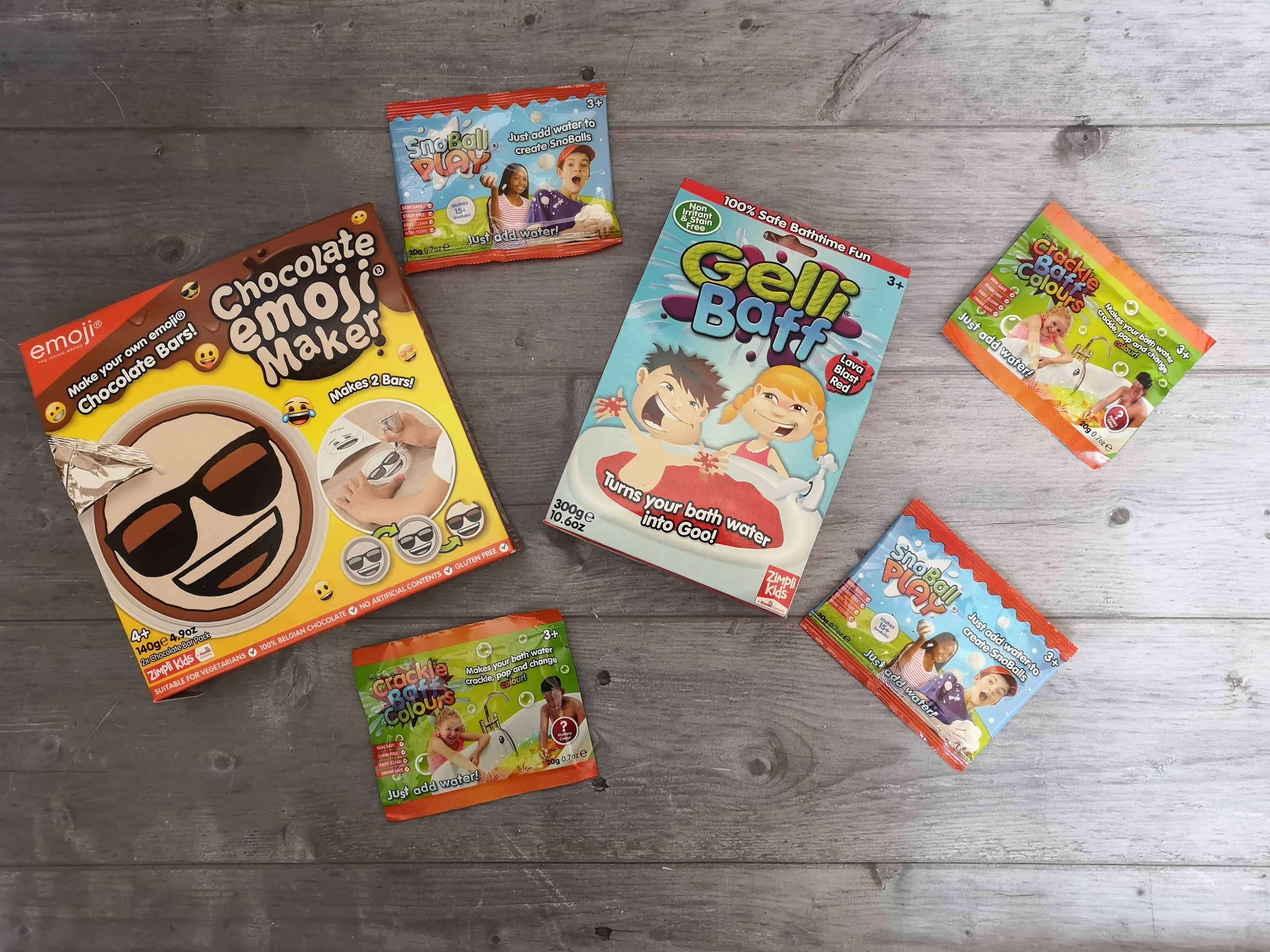 Erin is a really creative child and she really likes anything to do with arts and crafts. I’m really not the most creative of people though and I sometimes struggle to think of things to do when we have time at home together. Zimpli Kids sent us a lovely package, including their Chocolate Emoji Maker and Gelli Baff to try out. 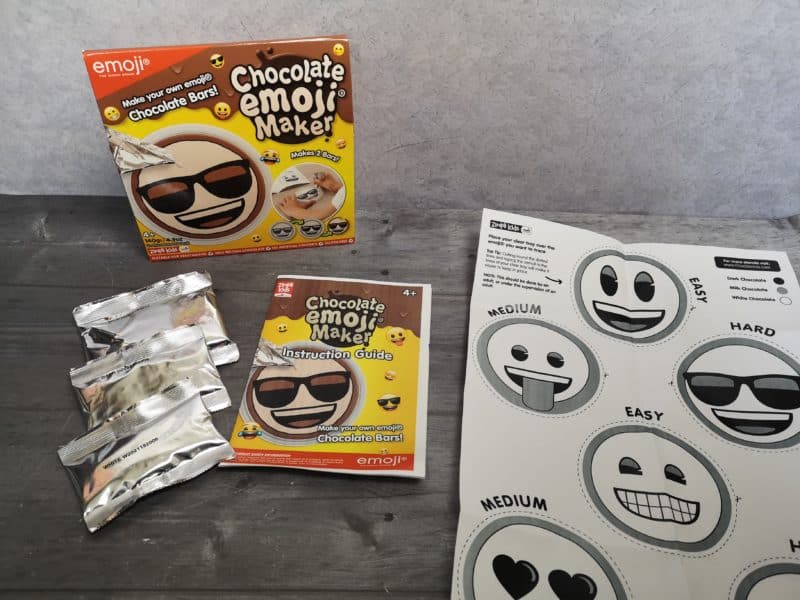 Last weekend we didn’t have many plans and that meant staying home on the Saturday. We decided to try the Chocolate Emoji Maker in the morning and we had so much fun together doing it.

Before the chocolate emojis can be made you need to put the three sachets (milk, white and dark) of chocolate into a bowl of warm water to melt. Be sure not to put them in boiling water though. We found ours took just over 5 minutes to be properly melted without any lumps. During this time we cut out the emojis that we wanted to use. 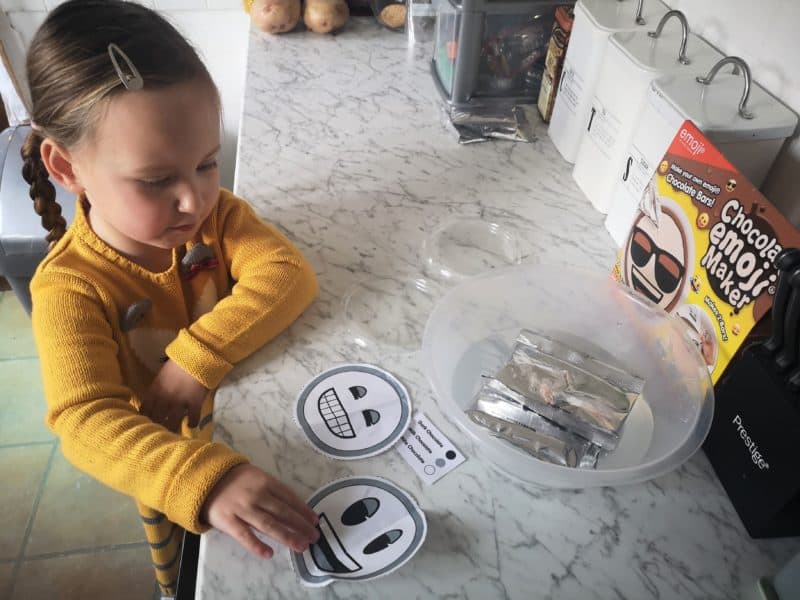 The set comes with 2 plastic trays and the emoji pictures should be placed underneath them. Once the chocolate is melted you can then begin to pour it over the design. The instructions let you know which areas need which kind of chocolate so it’s all very easy to follow. Erin wasn’t quite able to squeeze the bags of chocolate properly so we helped her with this. 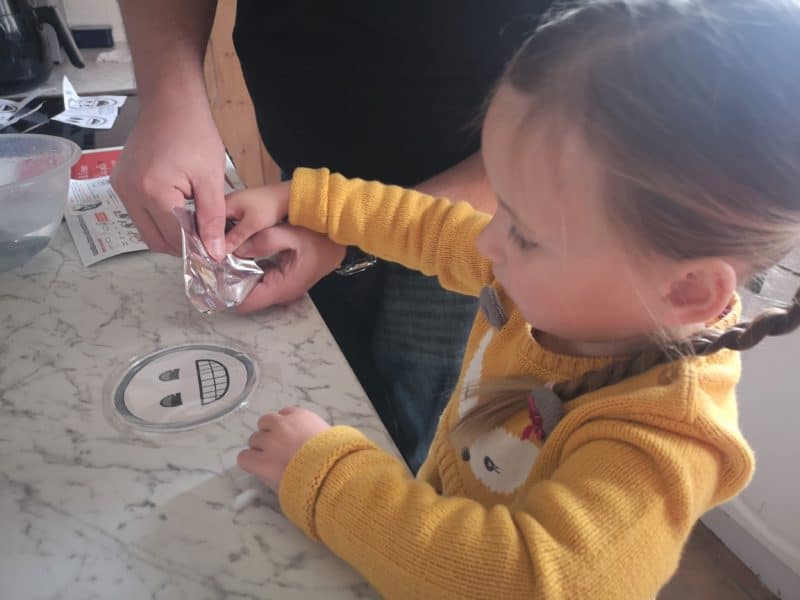 Being accurate was VERY hard and we laughed so much as we put the chocolate on the design. The first emoji we used was so happy and smiley and I think ours looked more like something from a horror story. Erin didn’t think so though and in fact, she thought it was pretty amazing. As the chocolate is quite hard to get right, we smoothed ours out afterwards to make sure the space was covered properly. 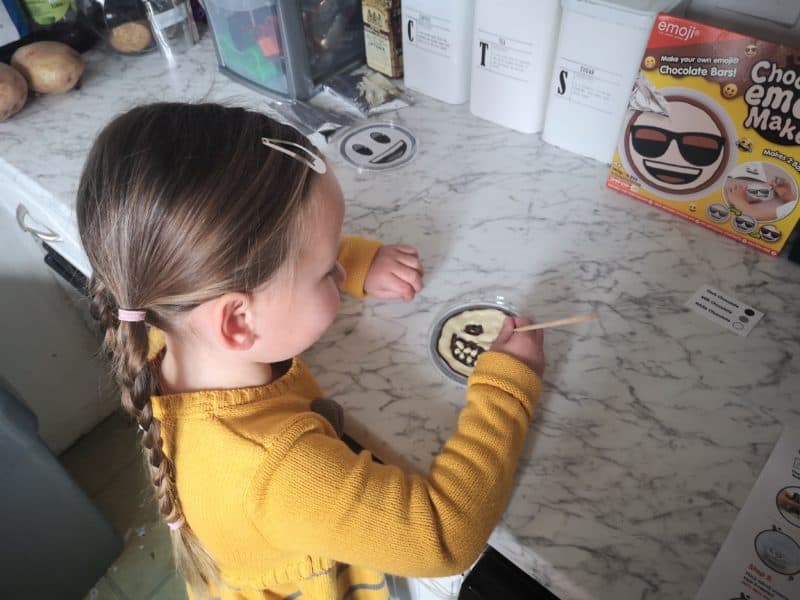 It was quite clear that Erin couldn’t do a lot of the Chocolate Emoji Maker on her own but she really didn’t mind. We had a lot of fun doing the design together and it was nice for us to be able to do something together. We helped each other out with different parts of the design and Erin really enjoyed getting everything ready like the trays and putting the bags into the water. 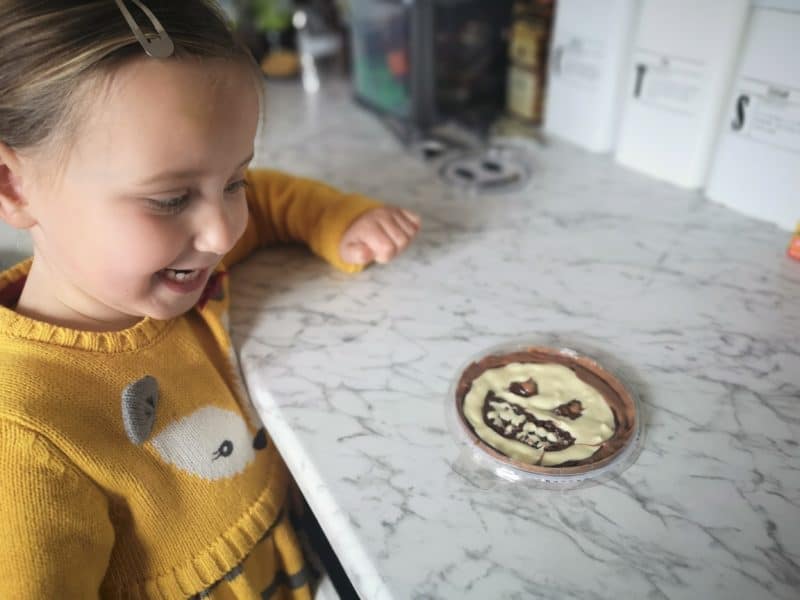 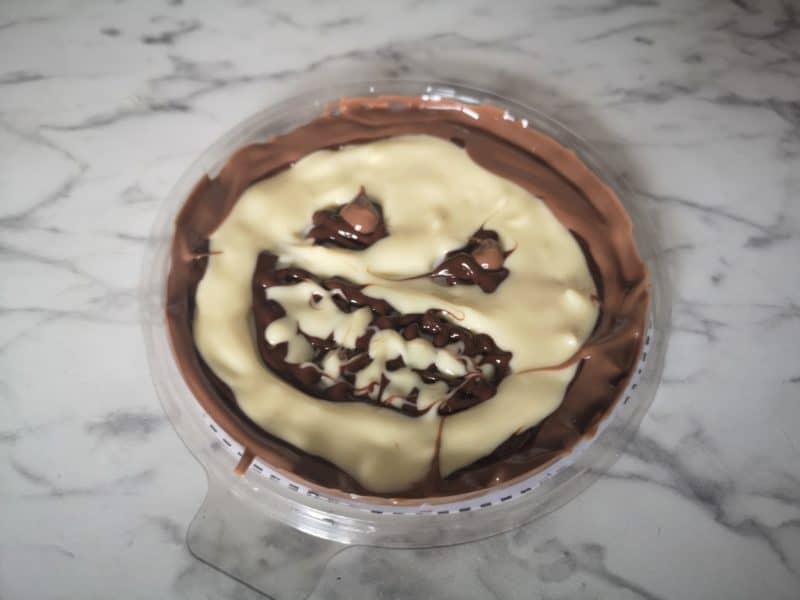 Once you have the design done you can cover the whole of the emoji with the milk chocolate and then transfer it to the fridge. The chocolate takes 20-30 minutes to set and then you can pop it out of the plastic tray (keep it to use again)! Erin was so excited when the chocolate was finally set and she could eat the design she made. Sometimes Erin is a bit funny with white and dark chocolate but she devoured her (sort of) smiley face and asked for another immediately! 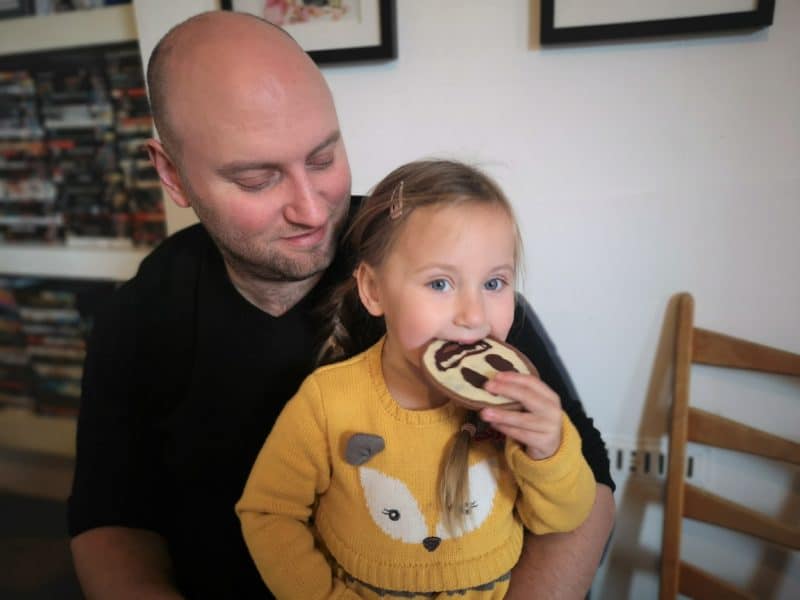 During the evening that same day Erin needed a bath and this is something she’s a bit reluctant about doing at times. To make things a bit more fun for her we decided to use the Gelli Baff pack that we were sent. 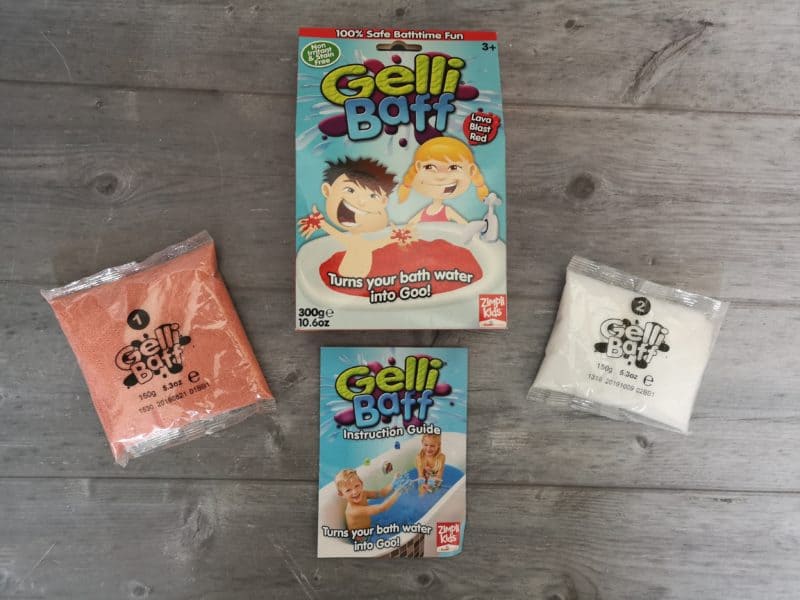 Inside the box you get 2 packets of colour powder and 2 packets of white powder as well as the instructions. Getting the bath ready is really easy as all you need to do is add some water (the instructions show you the amount) and evenly add the colour powder and mix it around. After 10-15 minutes the bath will be thick and jelly like. You can then add more water to the bath if you want to change the consistency. 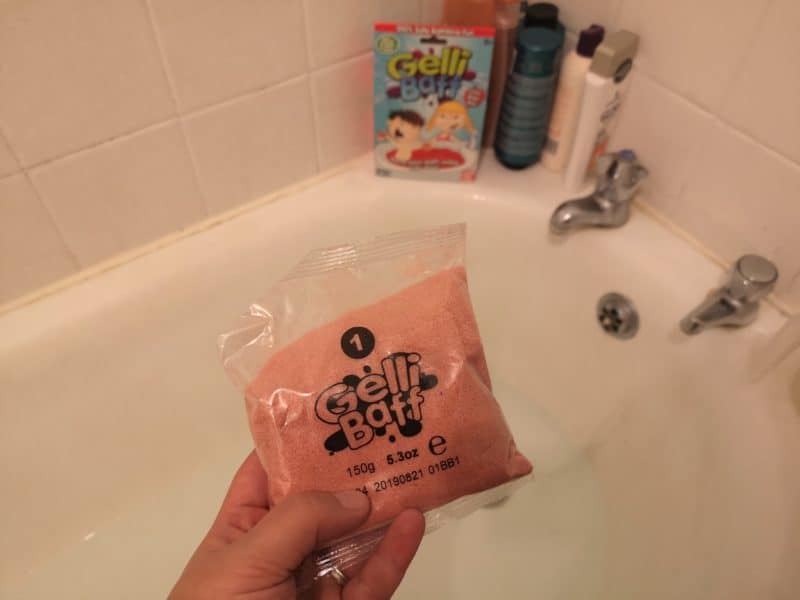 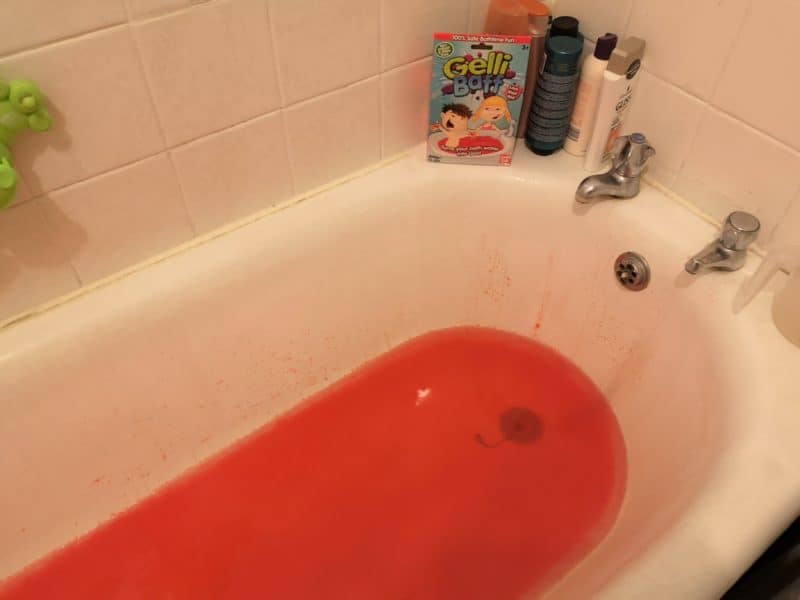 Our packet of Gelli Baff was red and it is really a bit of an unfortunate colour to use. Against a white bath, this wasn’t a clean activity and it did get sploshed around the sides of the bath while I was getting it ready. However, there was no staining whatsoever which I was super thankful for. 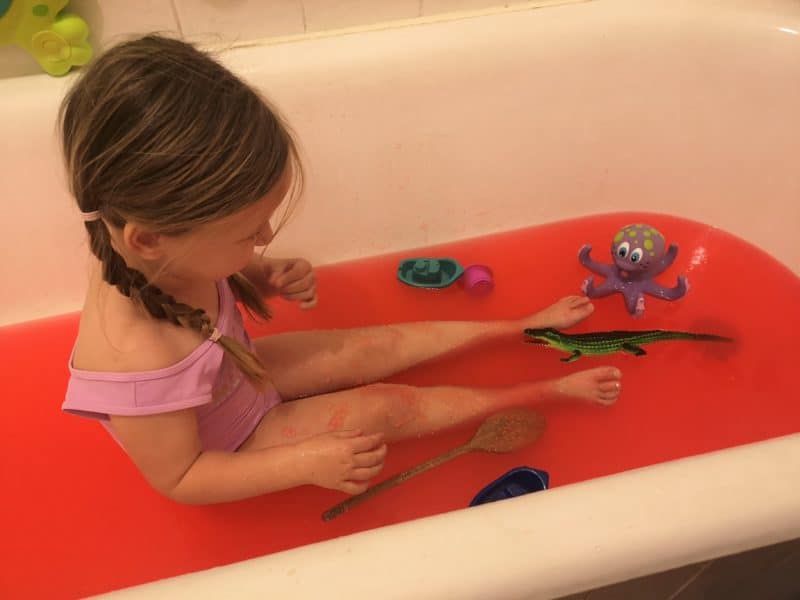 I’ll be completely honest and say Erin didn’t love the Gelli Baff. She was really excited about it before getting in the bath and we even put some toys in there to play with. She was a bit apprehensive before getting in and she did give it a good go. Once the powder is all mixed in and the water changes consistency it’s not smooth like I thought it would be. Erin didn’t like that there was ‘bits’ between her toes and wanted to get out after only 5 minutes or so.

Even though Erin wasn’t a huge fan I do think Gelli Baff is a lot of fun. The set comes with a white powder which is used to dissolve the ‘gelli’ and it was gone from the bath quickly and easily once the plug was out. After rinsing the bath out there was no trace that anything other than water had been in there. Zimpli Kids do other products in their bath range so I’m sure we’ll give some of them a go to see if Erin likes them any better! 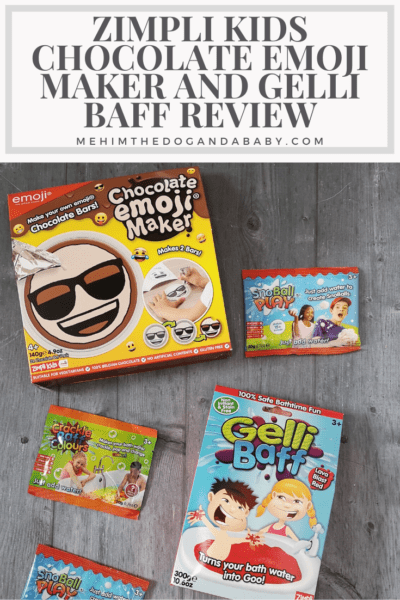