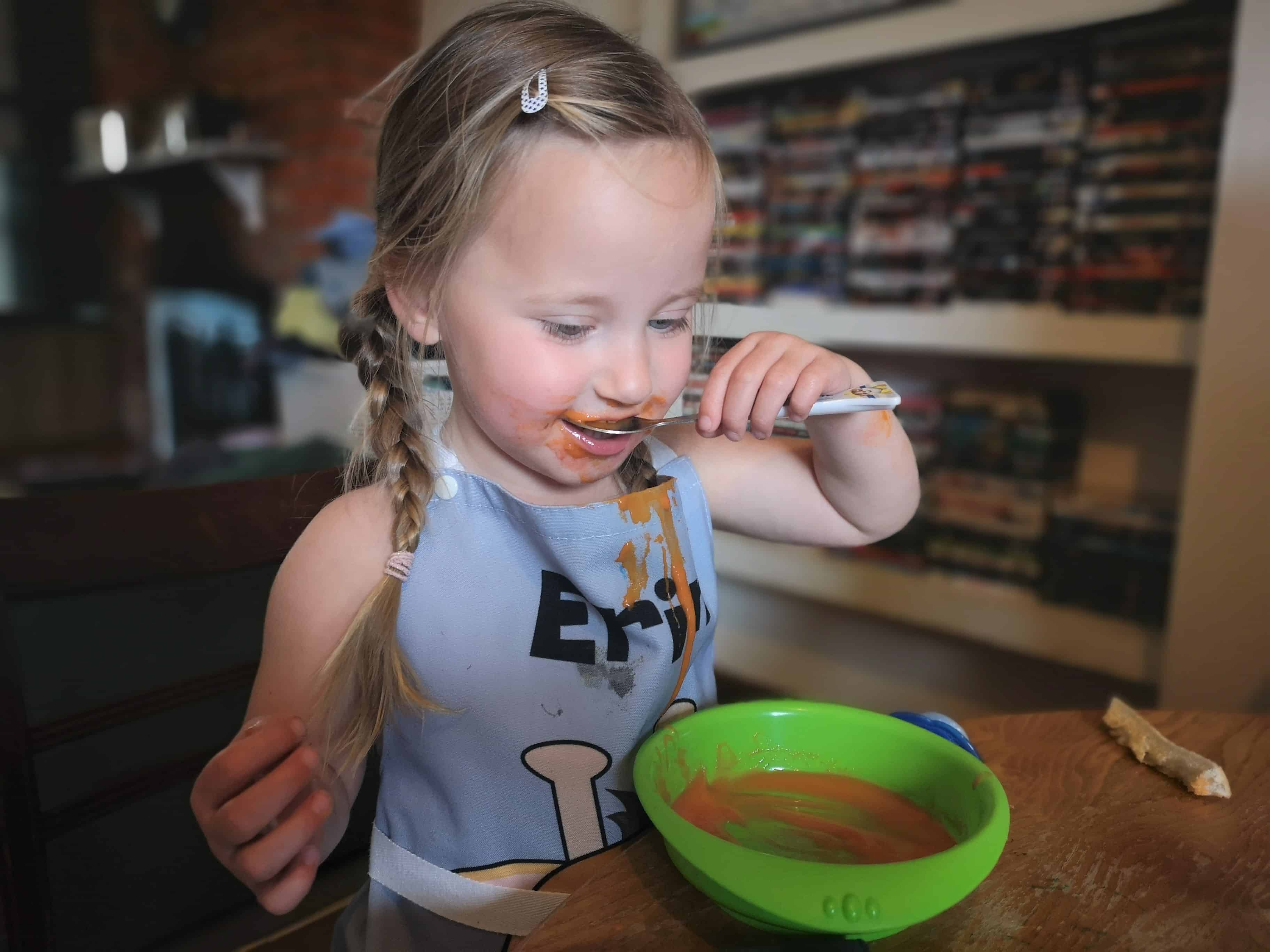 Earlier this year I thought we had really turned a corner. Erin started slowly trying new foods again, finding a new favourite in chow mein noodles and generally eating well. I have no idea what happened but over the past couple of weeks things really haven’t been going so well.

Just a few weeks ago I remember us sitting at the dinner table, having our usual meal on a Sunday, and things just weren’t right. One of the reasons why I cook the same thing on a Sunday each week is because it’s something I know that Erin will usually eat. Sausages and vegetables is one of her favourite meals and I can almost always guarantee that Erin will ask for more sausage. Recently we have been working on her eating a couple of things together to help her try new things, such as eating peas with mashed potato and it’s been working well.

On this particular dinner Erin really didn’t want to eat much. Sometimes she’s like that if she’s tired but I knew this wasn’t the case. Instead of eating what I asked her to, or trying some of everything, she tried to distract both me and John with hugs. She’d maybe have one bite of something then come over and ask for a hug, staying there for ages. Now, at the time I thought this was a one off but this has now been happening at every meal time since then. 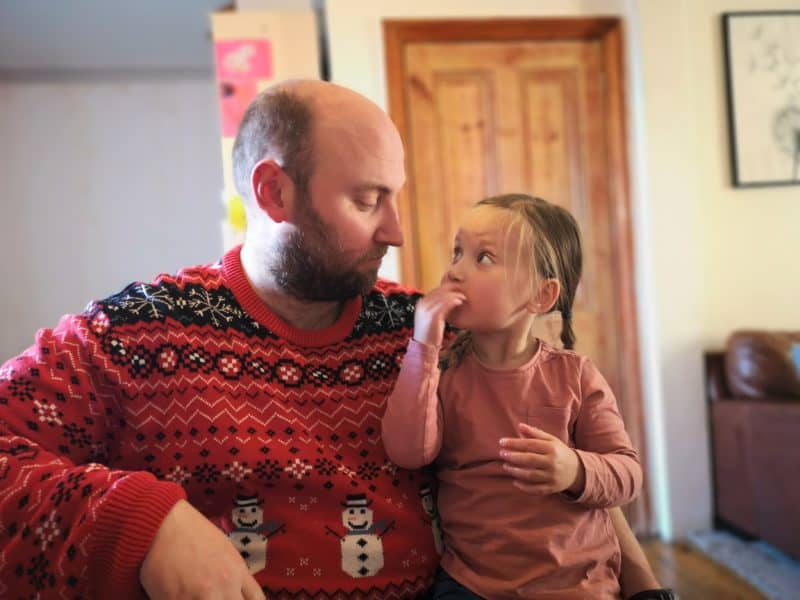 I try to give Erin realistic meals so that she doesn’t feel overwhelmed or scared by it. I see other children her age eating massive plates full of food but this just isn’t how Erin eats. She has always preferred to have a few different options in smaller portions so maybe sausages, 3 or 4 bits or carrot and the same of broccoli  and then some peas and some mashed potato. The meals she eats aren’t huge but it does mean that she will generally eat most of it, if not all.

With Erin starting school next September we have really been trying to encourage her to try new foods. She’s a very picky eater and I want her to be a bit more open, especially when it comes to having hot lunches at school with her friends. I am a terrible eater and this isn’t something I want for Erin. I know the meals I cook at home haven’t helped her though as she doesn’t have the biggest variety. 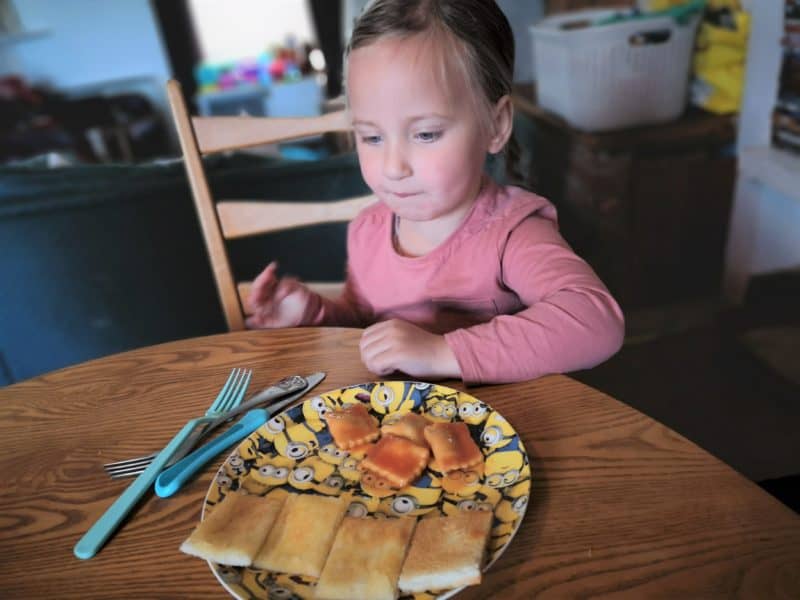 Last week I took Erin to the supermarket and she expressed and interest in trying a toddler meal which was spaghetti and meatballs. Although Erin doesn’t really like much meat I thought at least she would like the spaghetti. At £2 a meal, these are not cheap but she said she wanted to try it so I got it. After preparing the food Erin licked, yes licked, 1 piece of spaghetti and said she didn’t like it. I felt horrible but I did make her sit for a while and try more. This time, she ate maybe 10 singular pieces of the spaghetti and we agreed to have a 10 minute break and go back to it. The next time she did eat more, maybe 5 fork fulls instead of singular pieces. In the end, I think she ate maybe 1/3 of the meal and I was happy with that.

It’s so frustrating when children go backwards with things like this. I think it’s time to make more of an effort to cook a wider variety of meals for Erin, even if it’s something I don’t eat myself. I know it’s probably just a phase but it really makes me want to tear my hair out. 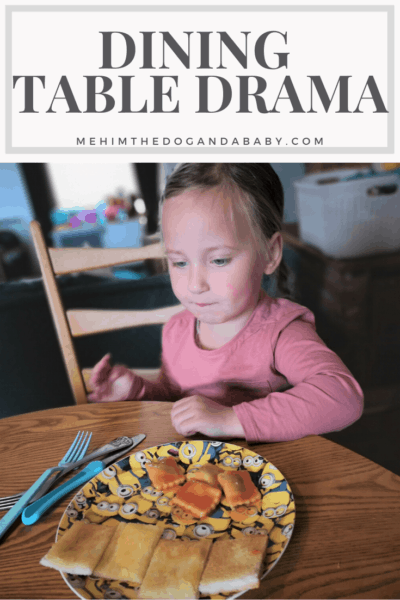