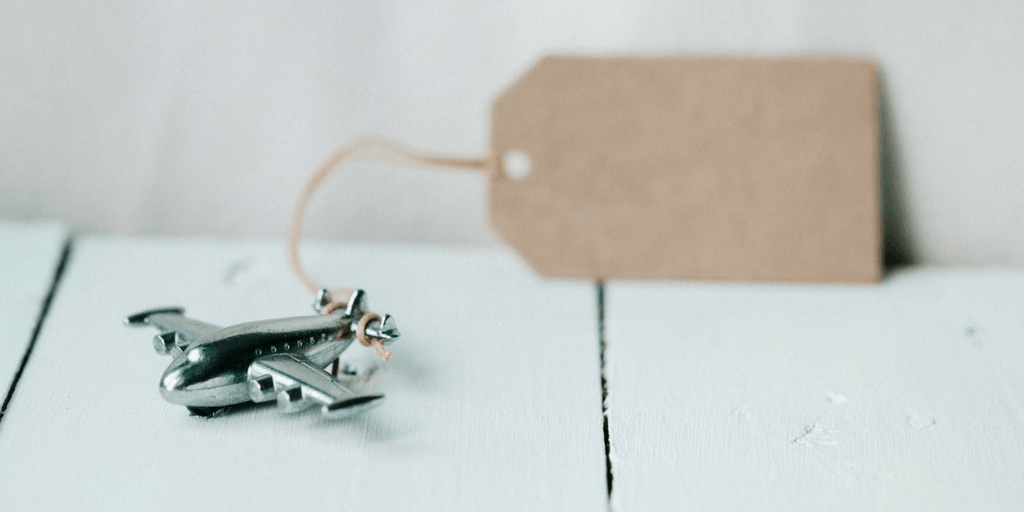 John, Erin and I are away on holiday at the moment (I may have mentioned that once or twice) but I am so happy to be hosting a post from Cath who blogs at Passports and Adventures. I love hearing about her adventures with her family so she’s here today with some travel advice!

We have been flying with BattleKid since he was eight months old. With several flights a year under his belt since then, it’s safe to say we know a thing or two about keeping a toddler entertained on flights. I know that Lyndsey and her family are going on their first holiday abroad as a family soon and she wondered what in-flight entertainment I’d recommend for their daughter. To be fair I’ve had to dig deep into the memory banks for this. So here are 5 in-flight entertainment ideas for 2-year olds.

You can never go wrong with colouring books and crayons. We never travel without them, even now our son is 4 years old. I have found the best colouring books to be ones from their favourite TV shows and films. We have travelled with Paw Patrol and Disney Cars, as our son is a huge fan of Lightening McQueen. We also have twistable Crayola crayons which he has been able to manage since he was 2. Alternatively, you can get toddler crayons suitable for use from the age of 1 or 18 months old. Toddler crayons are chunkier than normal crayons, making them easier to grip for little ones. I often get roped into helping our son with a picture and it’s actually quite relaxing. 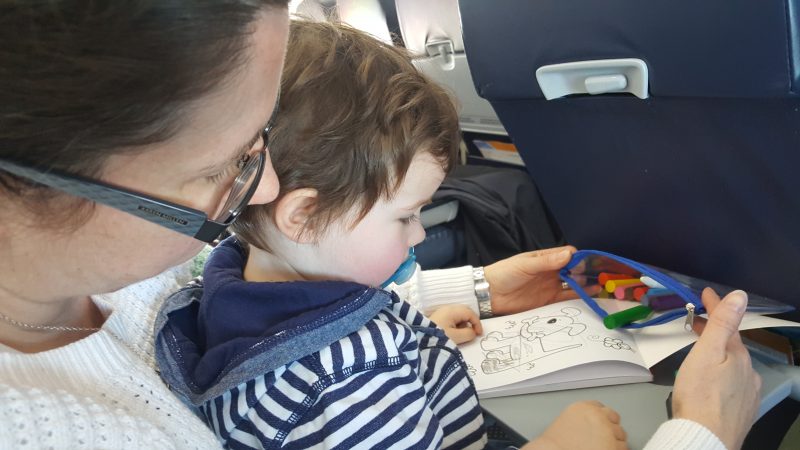 Small toys such as animals or blocks can entertain little ones during a flight. We’ve brought some blocks with us in a bag, which has helped keep our son amused. But I will give one warning here, you might be picking them up off the floor if they’re dropped and it becomes a game. We still travel with a small bag of cars for our son which he loves. Duplo has also been a winner, although these too can become a game of “mum pick it up off the floor”.

Before the walking stage hit us, we found it easy to entertain our son during flights. Once he became mobile, it was a different kettle of fish, especially during take-off and landing. Our saving grace became stickers and sticker books. Initially I looked into getting the old-fashioned sticker books. Remember the ones with blank pages you collected stickers in? I had a job to find one, but I did eventually. After that I bought the sticker books available in most book shops or newsagents and they are still popular with our son today. Just be prepared to wear a few of them during the flight. These have kept our son happy during that final 30 minutes of a flight when he has to sit down no matter what.

We’ve sometimes taken puzzles with us to help keep our son happy during a flight. You can get some great ones designed for toddlers that have 3, 4 and 5 pieces in them. We’ve had a Thomas the Tank Engine and a Gruffalo set and brought them with us for flights. They can also be used during your holiday. We’ve taken them out of the box and put them in ziploc bags which makes them easier to carry as they don’t take up too much space. I’d suggest getting some in your child’s favourite characters again as they’ll appeal to them more.

Yes, the dreaded mention of technology, but I am firmly in the tablet camp when it comes to flights and kids. Our son has used a tablet during flights since he was 2 and it was the only time he got his tablet. He started using it just to watch films and Curious George, and he now uses it for both films and apps including some educational ones. He is as quiet as a mouse for the entire flight and knows that he has to give his tablet back once we land. Although he occasionally gets to use his grandfather’s tablet when we visit him, he doesn’t get his own unless we are flying. It keeps him, and us, happy. If you are going to use a tablet for your little one during the flight, and are an Amazon Prime member, you can get access to many children’s programmes which you must remember to download to your tablet BEFORE the flight. We’ve downloaded Curious George, Thomas the Tank Engine and Mickey Mouse Clubhouse in the past, so I’m sure you’ll find at least one of your 2-year-olds favourite shows on there.

And whatever you do, don’t forget the snacks and drinks. Bring an empty drinks bottle in your hand luggage and fill it up with water once you are through security. I travel with the small Robinsons Squash’d concentrated squash bottles and make up our son’s drink after security. I also make sure I’ve got plenty of snacks for him such as fruit in a lunch box, biscuits, fruit pouches and raisins. Young children will fly happier if they’re not hungry or thirsty.

Whichever form of in-flight entertainment you choose to use with your little ones, I hope some of my ideas it will go some way in helping you have a smooth and enjoyable flight.

Cath is an Irish expat who now lives in Portugal with her husband and son. A former scientist, she gave up working when they emigrated south from the UK. She is a family travel and lifestyle blogger and hopes that, through her blog, they will inspire more families to travel, especially with the toddlers in tow. As a family they love travelling and have started working their way through their family travel bucket list. Cath writes about their family travels and experiences on her blog Passports and Adventures. 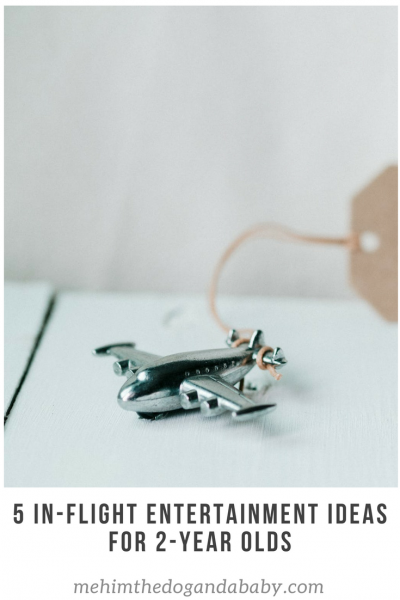