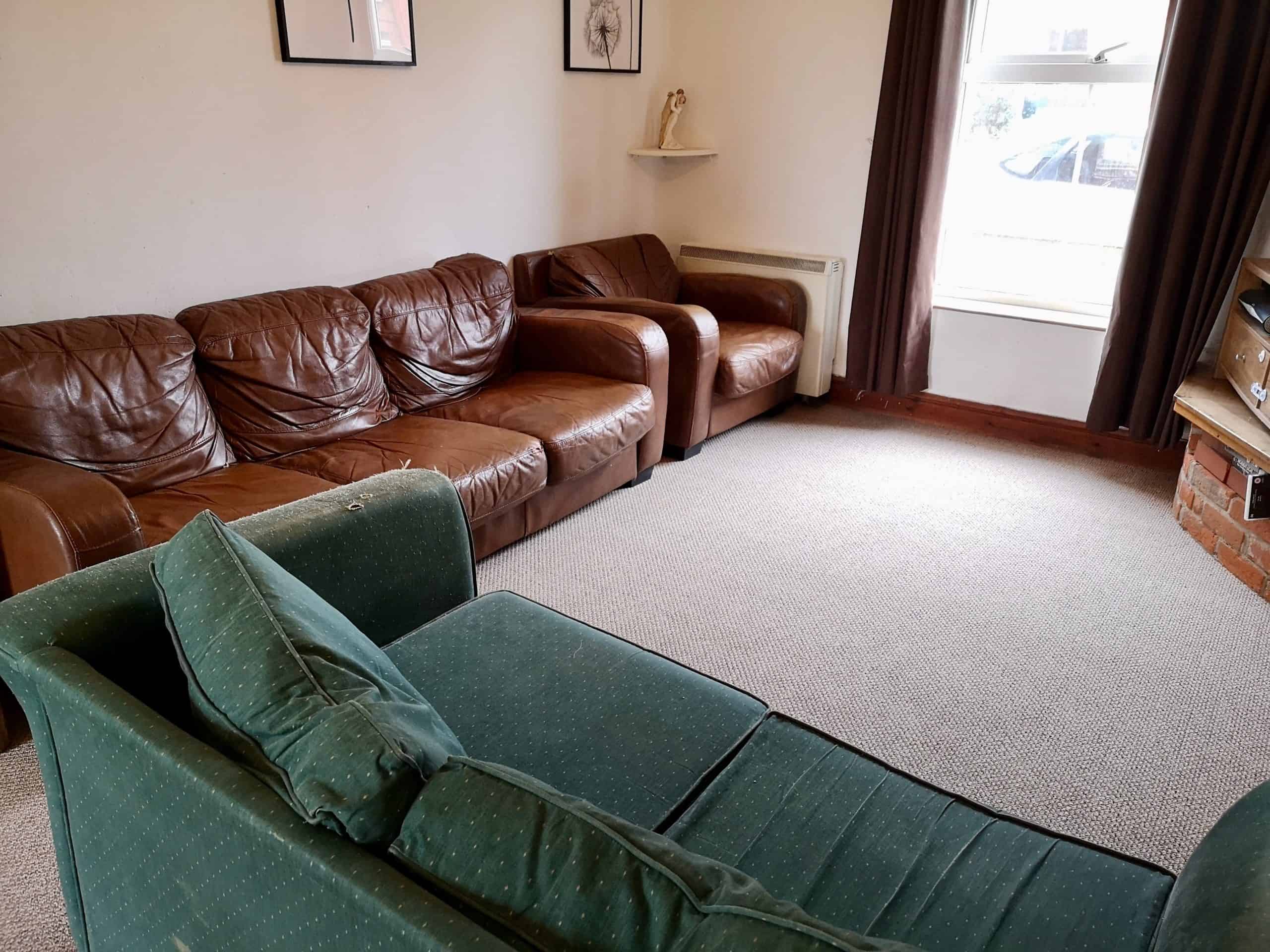 There aren’t many rooms of our house that I actually like, due to there being work that needs doing in all of them. However, one of my most hated rooms is the living room/ dining room/ play area. It’s a pretty big room at 25ft (with an L shape coming off the side too) and it’s really just not very nice. The walls are white but a bit grubby looking, the dining room floor has gaps in the wood so it’s really cold, there is a bit of stone floor and the living room carpet has been there since we moved in so is at least 6 years old, if not older. Also, even though it’s a large room it’s quite dark and doesn’t get a lot of good light.

As this is a really big room it’s hard to do much to it. We use this room all the time and we need to be in it a lot. Also, being a big room means that everything costs a lot more than just re-doing a smaller room. Ideally, we need the walls and ceiling plastered, new built in shelves, new sofas, new storage… pretty much everything needs doing. I also have family and friends two hours away who got an aerial installation in Essex. While I’m sprucing up the place, I think I can also include improving the channel reception on top of the home renovations. But for now, let’s start with the floors.

Now that we’ve lived here for nearly 6 years I decided it’s time to do something. We can’t do any of the big jobs like plastering because we actually need some work doing outside first. We have some damage to one wall and the window needs replacing too so there’s no point in plastering now when it would need doing again when we get other bits fixed. So, I thought it would be best to start with the thing that was annoying me the most… the floors!

The stone floor in the play room was hardly the most appropriate and the original wooden floor full of gaps in the dining room was just cold and horrible to play on. The carpet in the living room was a horrible colour and in really bad condition, with part of it very nearly having a hole in it. It made the room look dirty and horrible when it could have easily been a lot nicer. Just after Christmas I decided to look into getting a new carpet and maybe vinyl in the back areas. 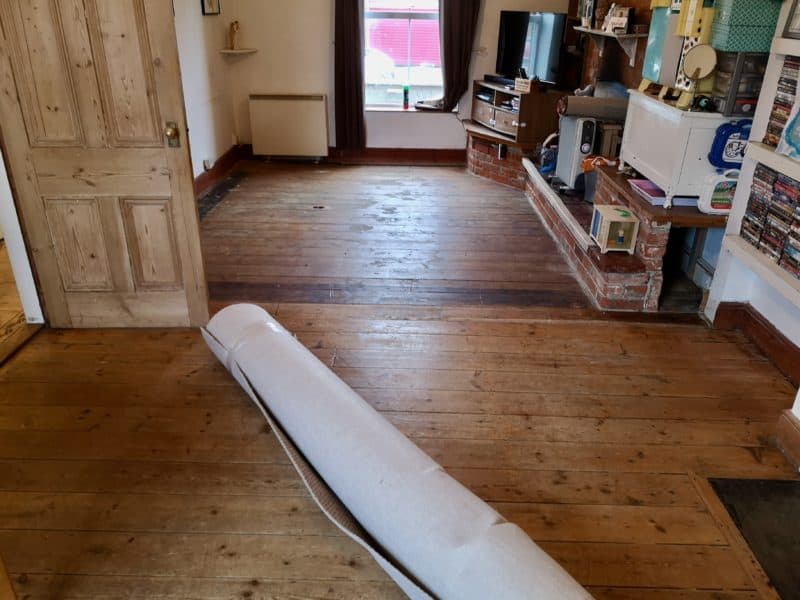 A visit to the carpet shop was eye opening. I thought vinyl would be a cheap option but as the floor isn’t all that straight or in good condition it needs a lot of prep. It was going to cost over £600 to put vinyl on the back half of the room. I quickly said no and got a quote to have the whole room with carpet. At £450 including fitting this was a much better price and something I was happy to pay. We did choose the cheapest carpet there was but I wasn’t going to choose anything super nice because we do have a 4 year old who will probably ruin it!

Only 2 weeks later we had the carpet fitted and I am so happy with how it looks. The room looks completely different, it actually looks bigger and most importantly, it looks clean! We took the opportunity to have a bit of a move around with some of the furniture and to have a massive sort out of Erin’s toys. I kept some aside that were taking up a lot of room and I also cleared out a lot of plastic tat and things like McDonald’s toys.

Although there is still a lot I want to do to this room, such as painting, getting a new dining table and new sofas, I am so happy that such a big job is done. The carpet has really transformed the room and it’s so different now. Now that we’ve had one thing done it’s made me want to work on the rest of the room. I already have test patches for paint on the walls and have been looking at grey and yellow wallpaper! 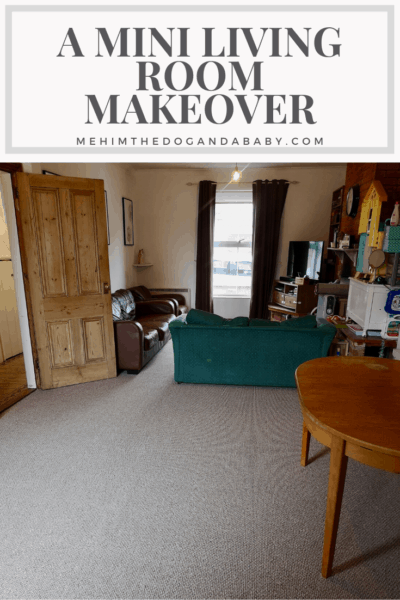