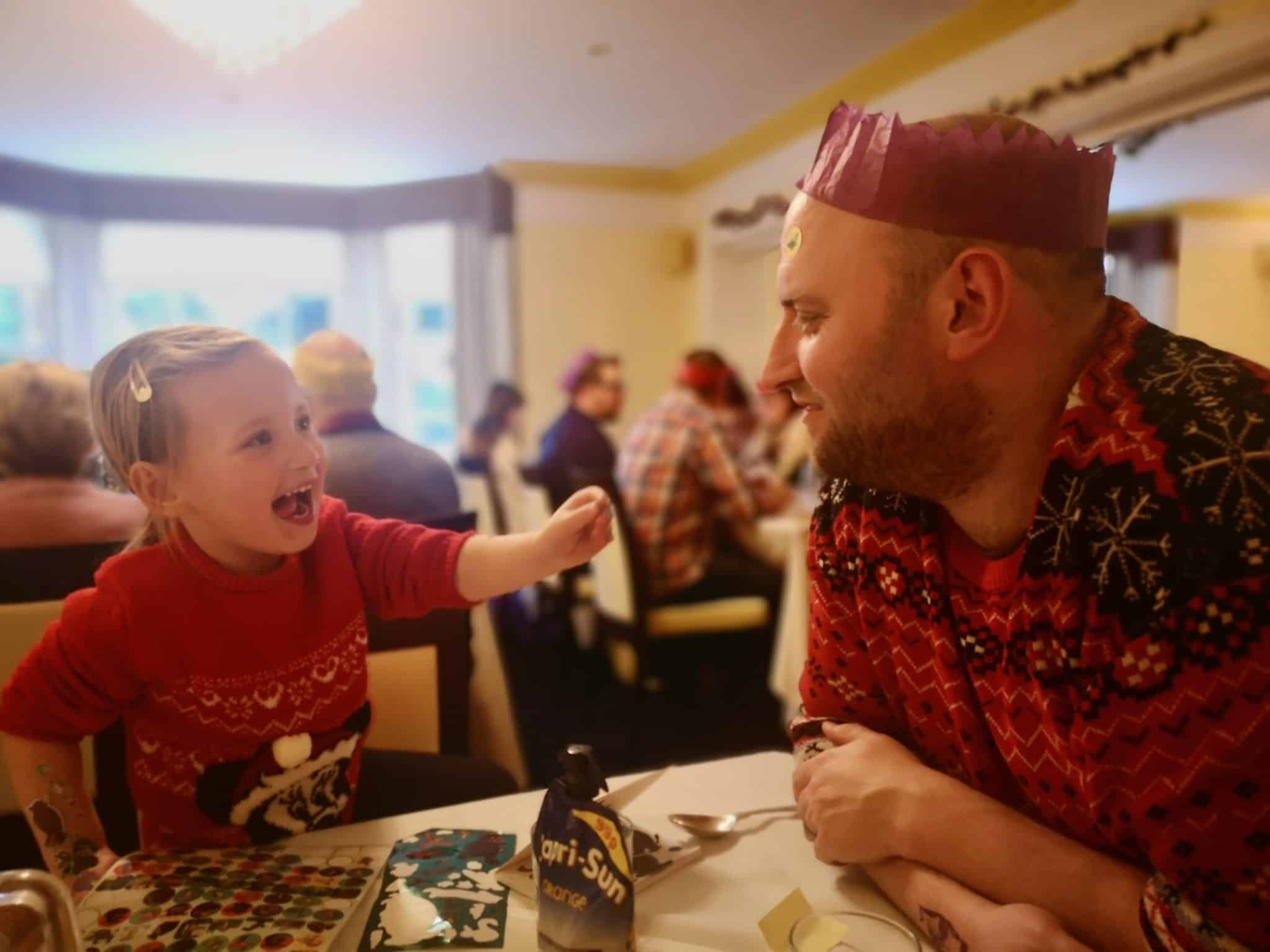 A few years ago we discovered a really fantastic restaurant just a few minutes away from our house. I don’t know how we didn’t know it was there but the Beechwood Hotel quickly became a family favourite. This year, as Mum now lives with us in Norfolk we wanted to do something special for Christmas and a trip back here was an obvious choice.

During December the Beechwood Hotel offers a pre-Christmas celebration menu which consists of 3 courses for £29.95. This includes canapes as well! There is also a children’s menu available to with various options and ice cream included for £8.95. We had booked our table for 12pm as, from previous experience, this was the best time for Erin and it was also a little bit before the restaurant really starts to get busy. 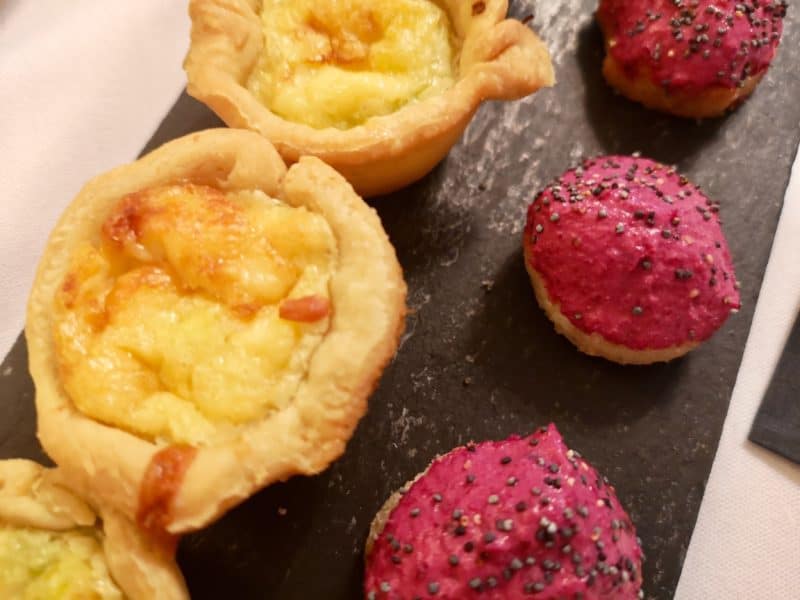 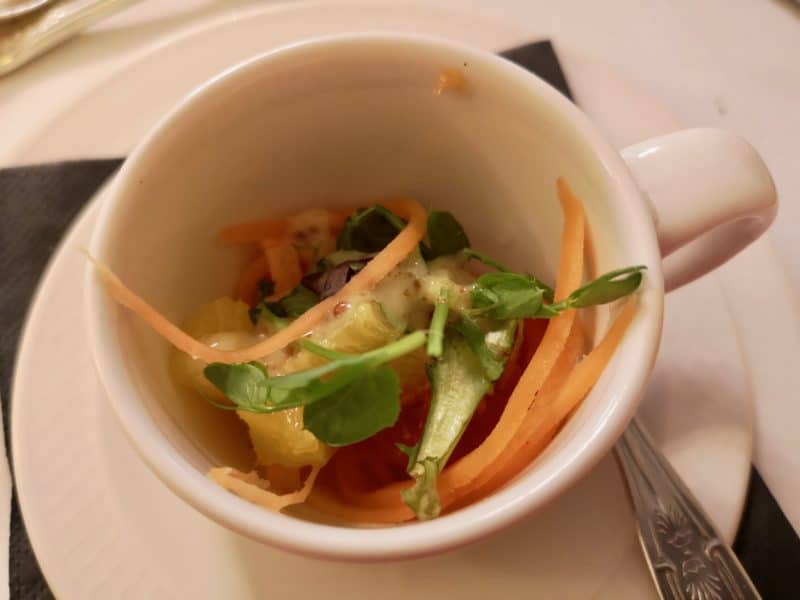 Erin had been quite poorly on the run up to our meal at the Beechwood Hotel and she really wasn’t right on the day. We made sure we took a bag full of activities for her such as colouring, stickers and a notebook. She hadn’t had a good appetite but seemed quite interested in food so I ordered her a children’s meal and thought if she ate a little bit that would be something at least. 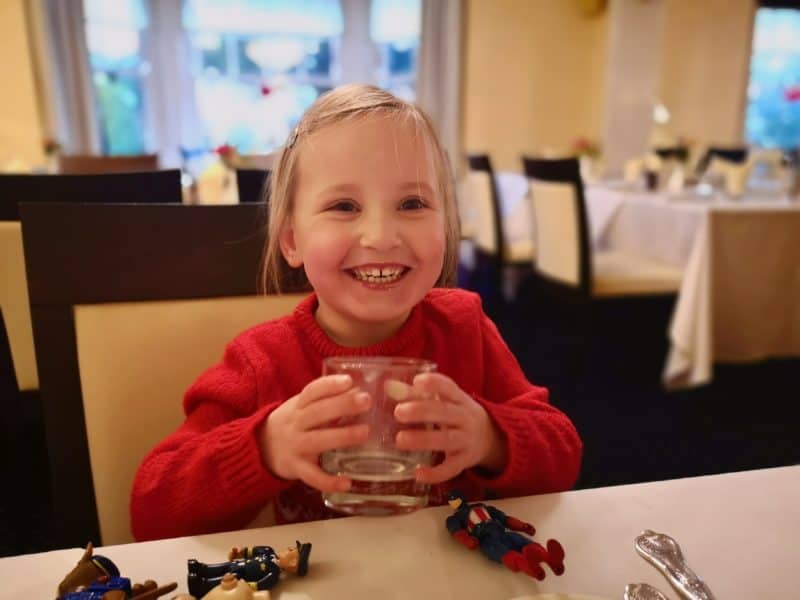 For starters I didn’t really like any of the options but when I booked our table I mentioned this and the chef was happy to make a tomato soup for me instead. Other choices were carrot and leek soup, lemon and parsley roast chicken bon bons and roasted red onion and goats cheese tart and we ended up with a selection between us. 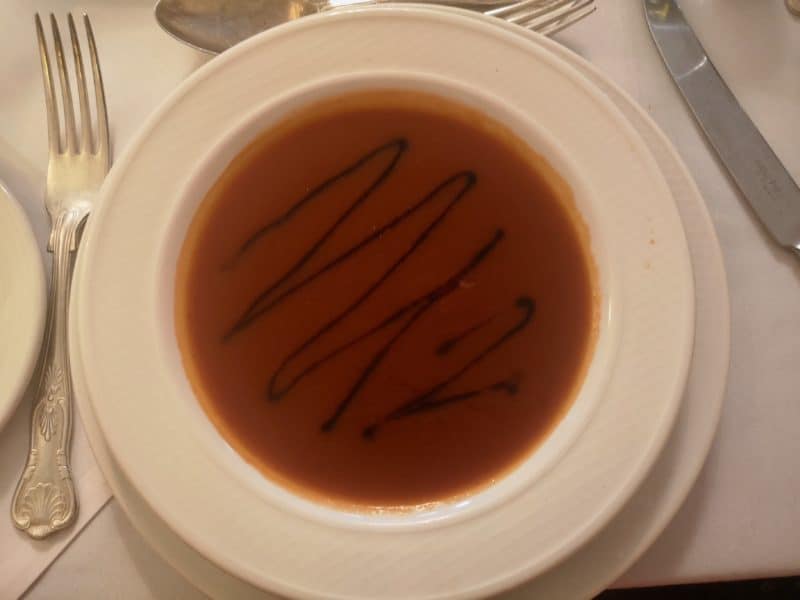 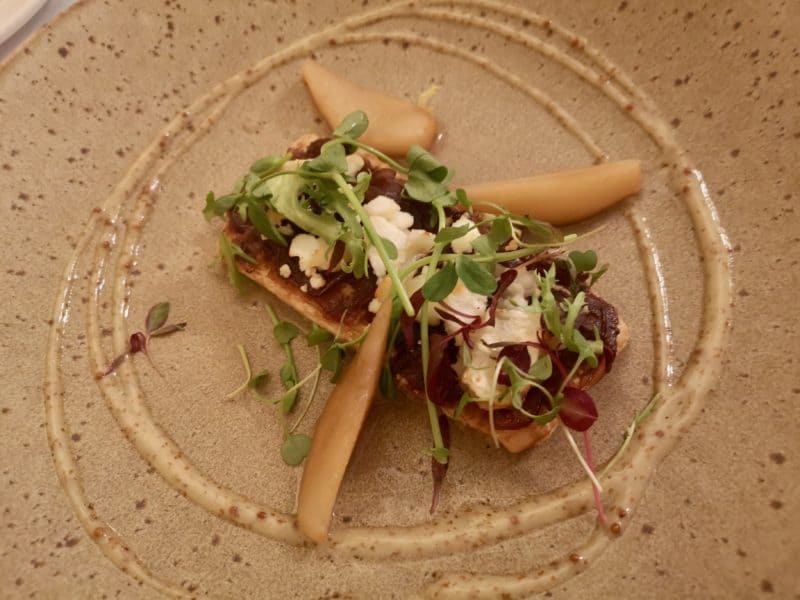 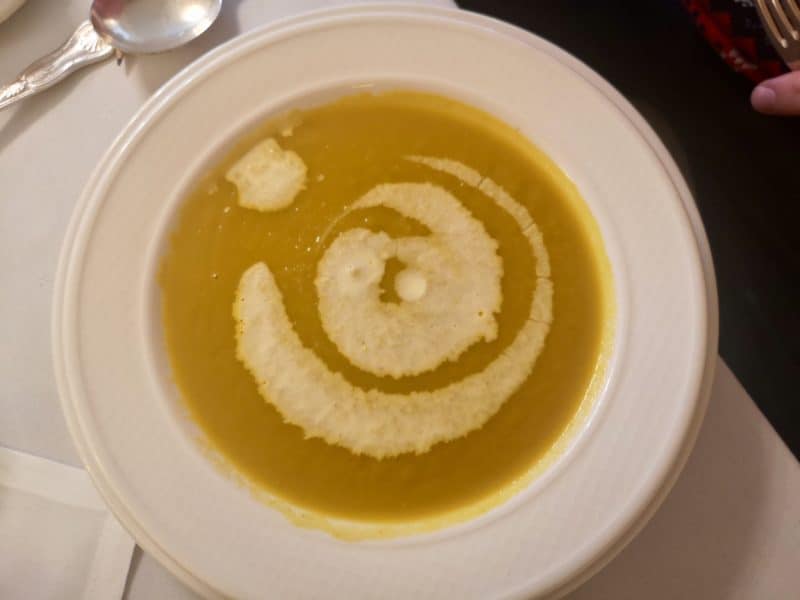 It wasn’t long before our mains arrived and this was the course I was really looking forward to. Between us we had 4 out of the 5 choices. John had pheasant, my sister had rosti potato pancake and my brother in law had lemon sole. Both me and my Mum went for the turkey but I was a bit cheeky and asked if I could have a Yorkshire pudding with mine! Beef was offered as the special of the day but I really wanted turkey as we don’t have it for Christmas dinner. 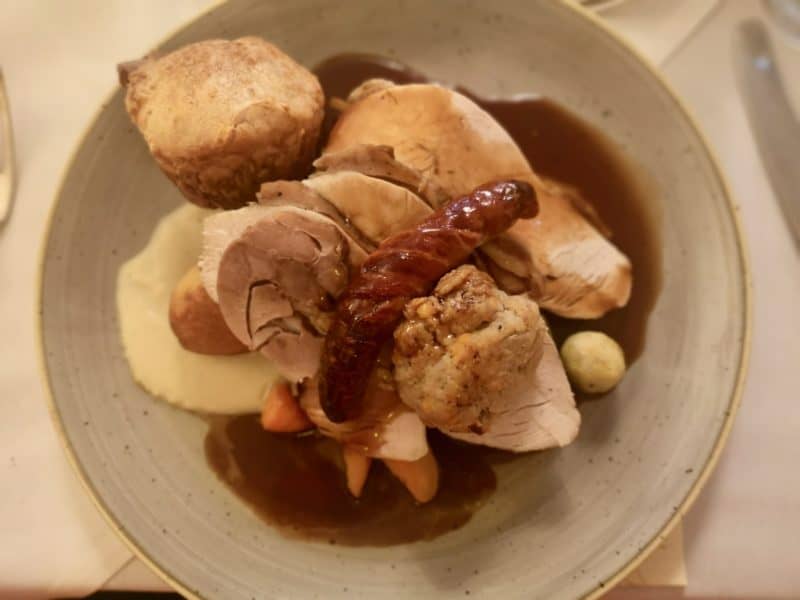 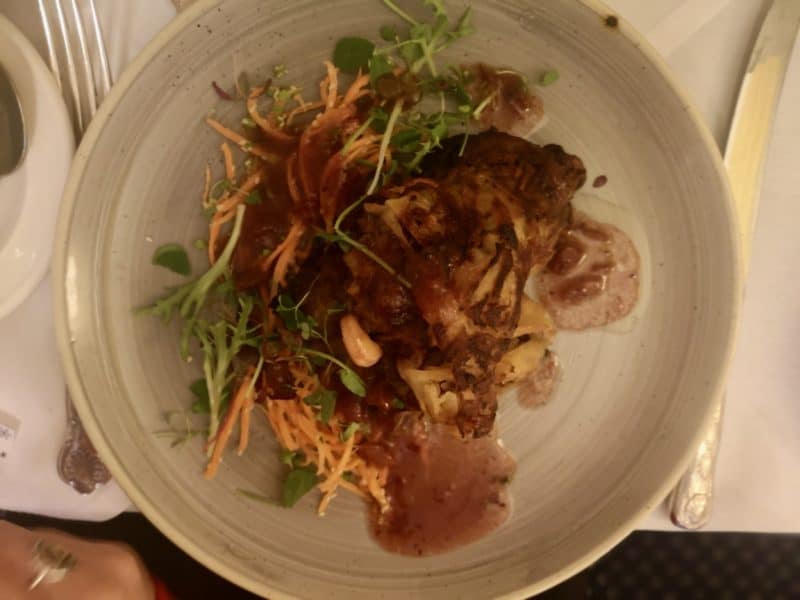 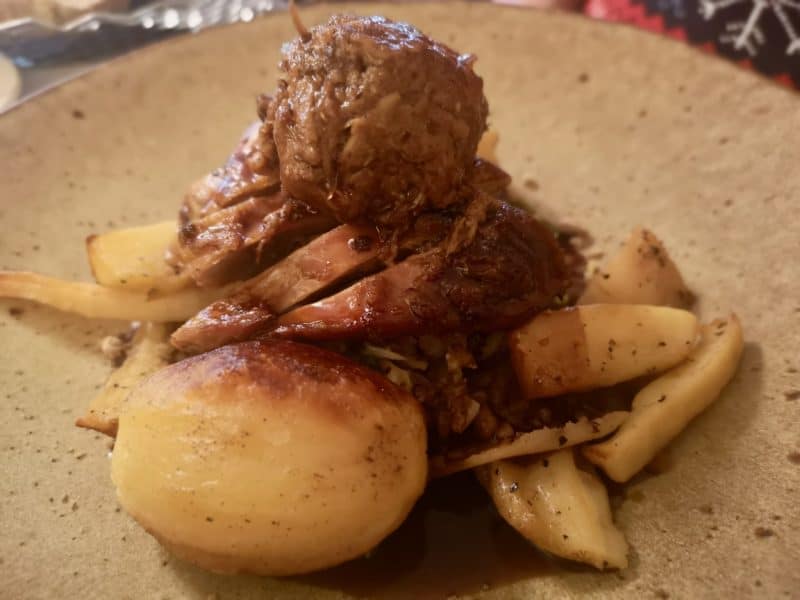 My turkey was really delicious and the portion was really generous as well. My meal came with confit leg, thyme bread sauce, duck fat roast potatoes, roast parsnips, chantenay carrots, Brussel sprouts and gravy. I did pass my Brussel sprouts to John as they’re not something I like but I did well as he gave me an extra roast potato instead! It seem seem like the turkey meals had a lot more food than some of the other mains though but it didn’t stop me from giving it a good go. 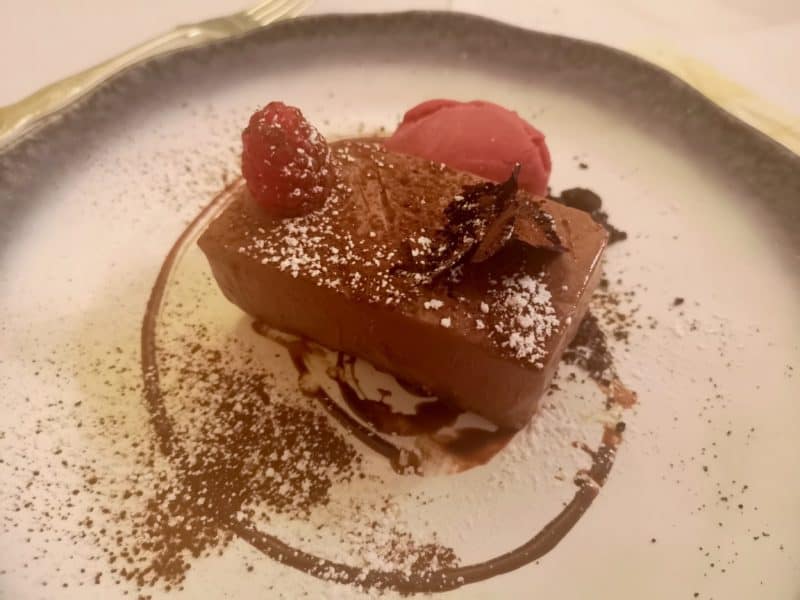 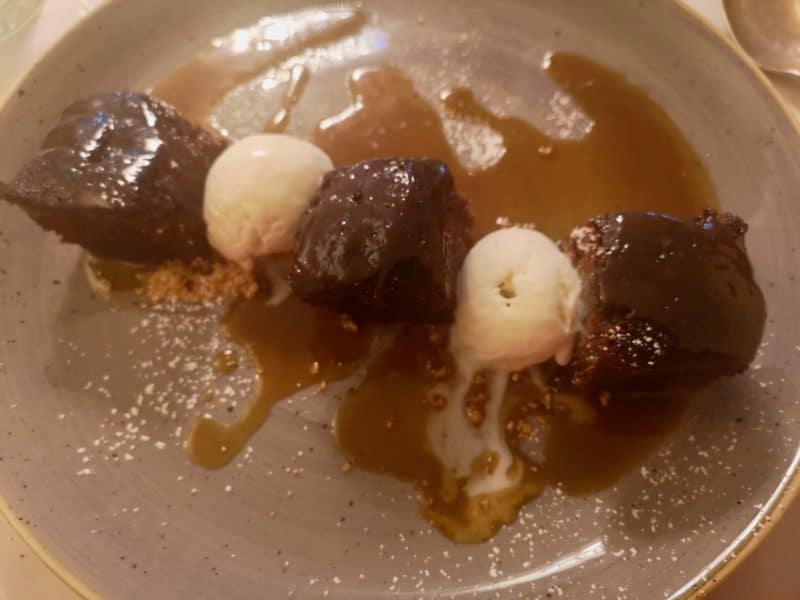 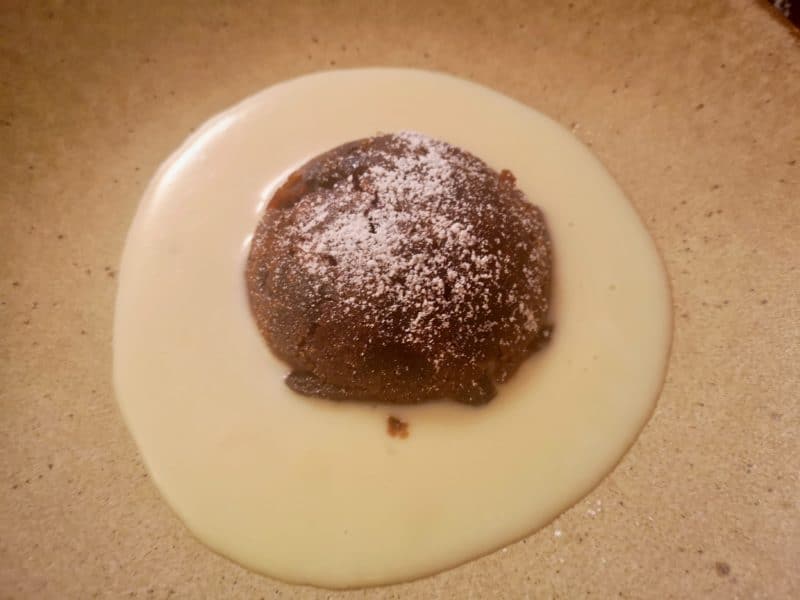 After 2 already very generous portions we still had another one to go. My choice was really easy and I went for sticky toffee pudding while John and my brother in law had Christmas pudding. Mum had chocolate delice and my sister had fresh fruit as she’s not eating sugar at the minute. Yet again, I ended up with a dessert that seemed bigger than the rest but I did finish all of it. The sticky toffee pudding was so light and it was maybe the best I’ve ever had.

Service at the Beechwood Hotel is always fantastic and this visit was no exception. Erin was made a fuss of as soon as she walked through the door and that always goes a long way with me. Also, there aren’t many places where you can get a 3 course meal of this quality for the price. 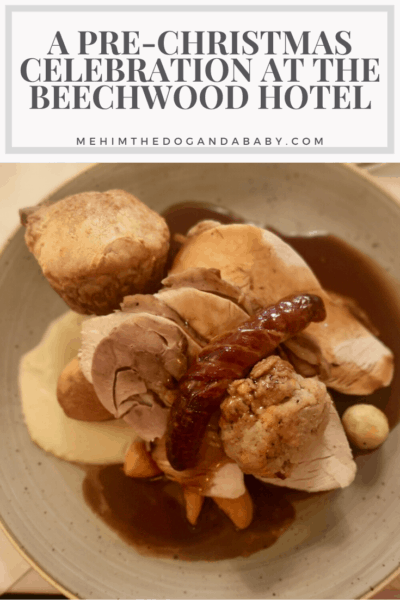 3 thoughts on “A Pre-Christmas Celebration At The Beechwood Hotel”