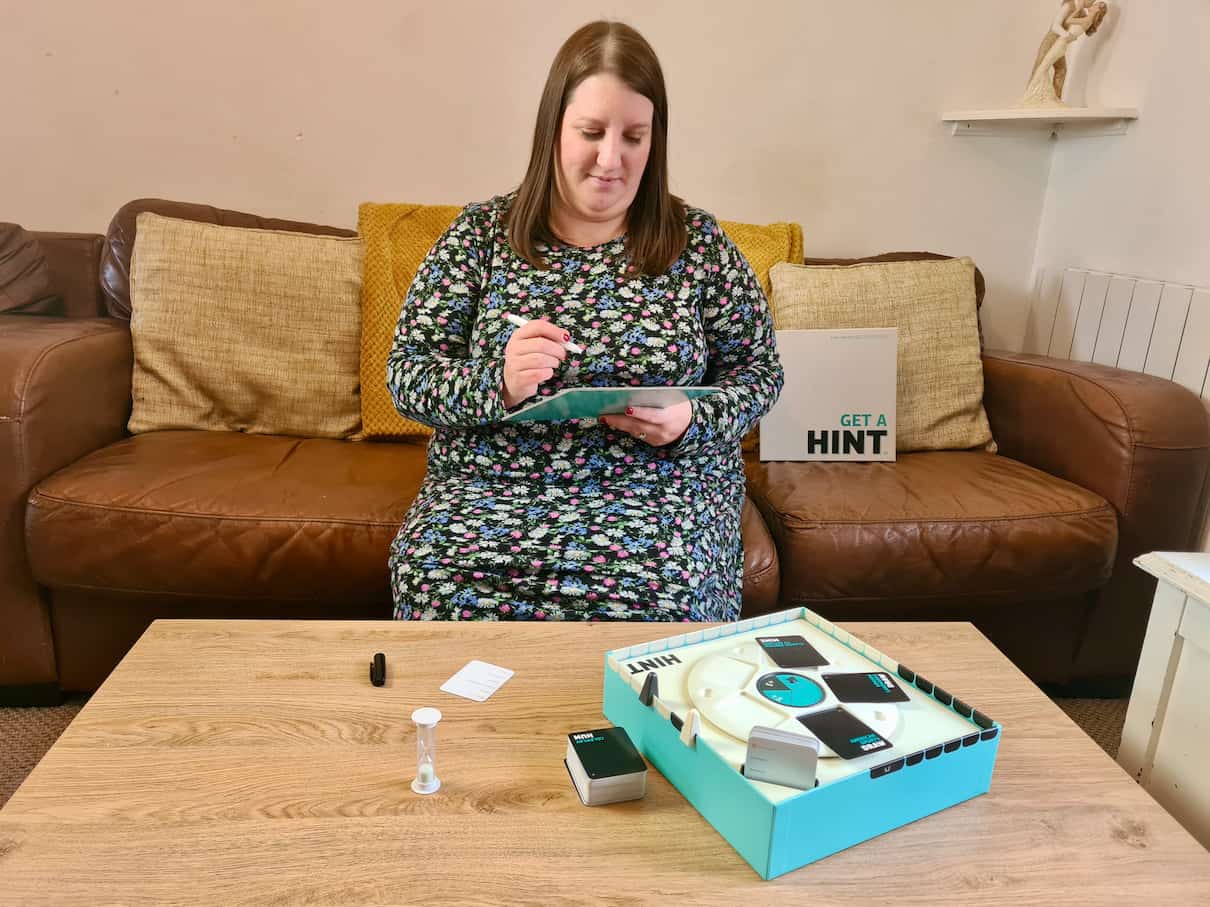 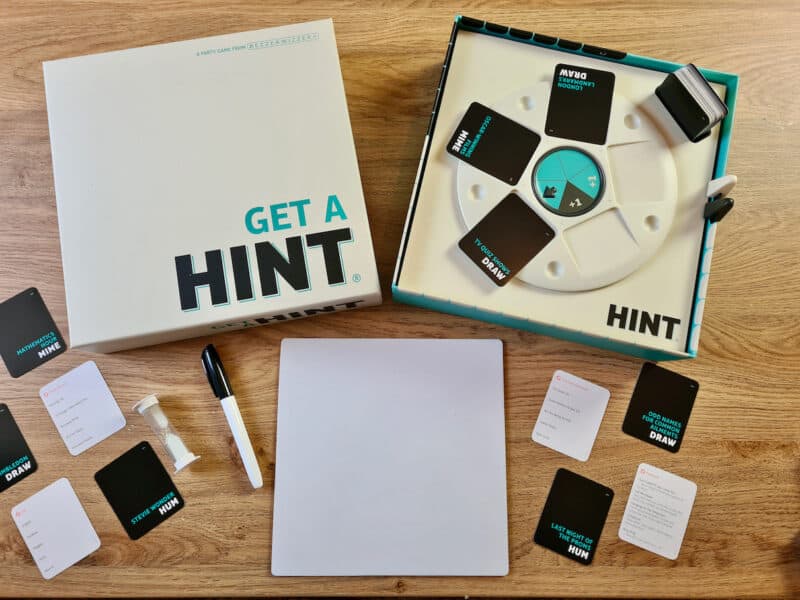 What I immediately liked about Hint was that you don’t need a huge playing board, lots of pieces that could easily get lost or something that takes up a lot go space. The wheel is already housed in the box and setting up the wheel only takes a few seconds. Inside the box you also get a wipeable whiteboard, pen, timer and loads of category cards. 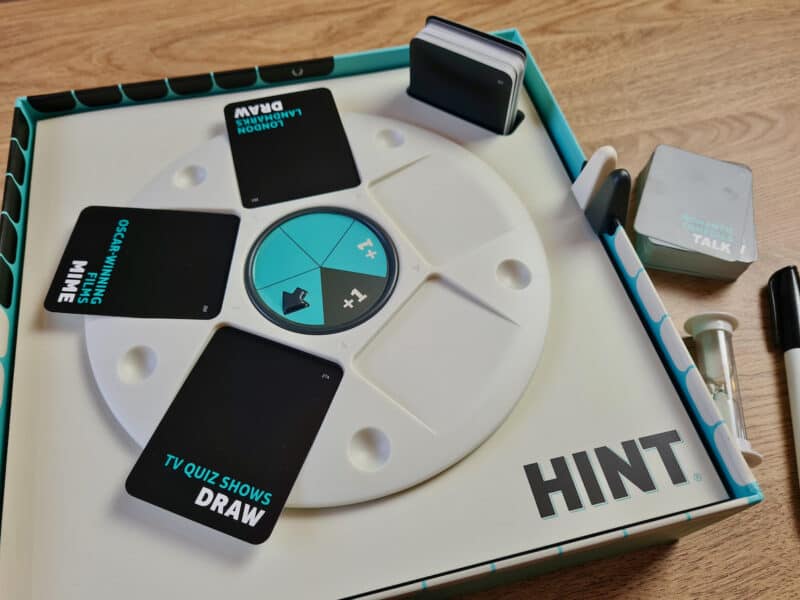 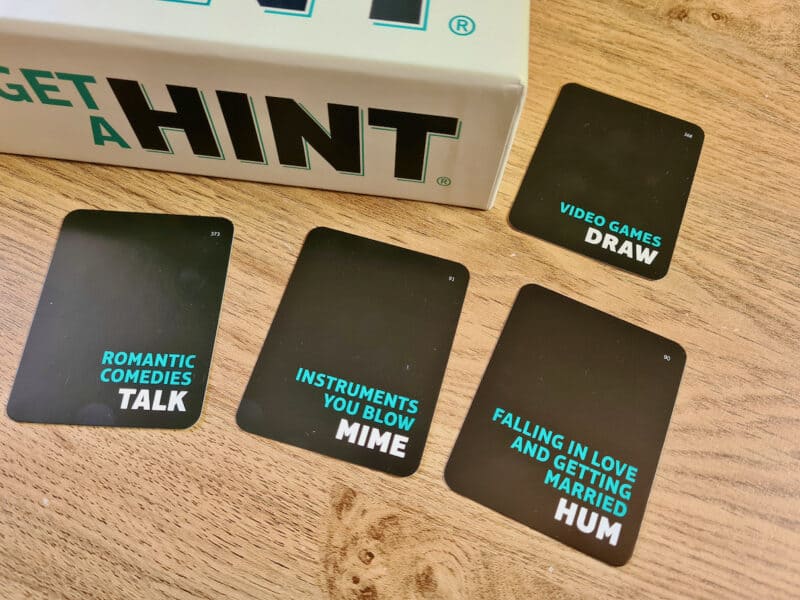 The aim of the game is for one person to either mime, hum, talk or draw hints to the answers on the back of the cards. There are five different answers to guess, each which will give the team one point. There is also one answer that mustn’t be guessed but if it is, this will lose a team two points. You only get 90 seconds on the timer so you have to be quite quick. 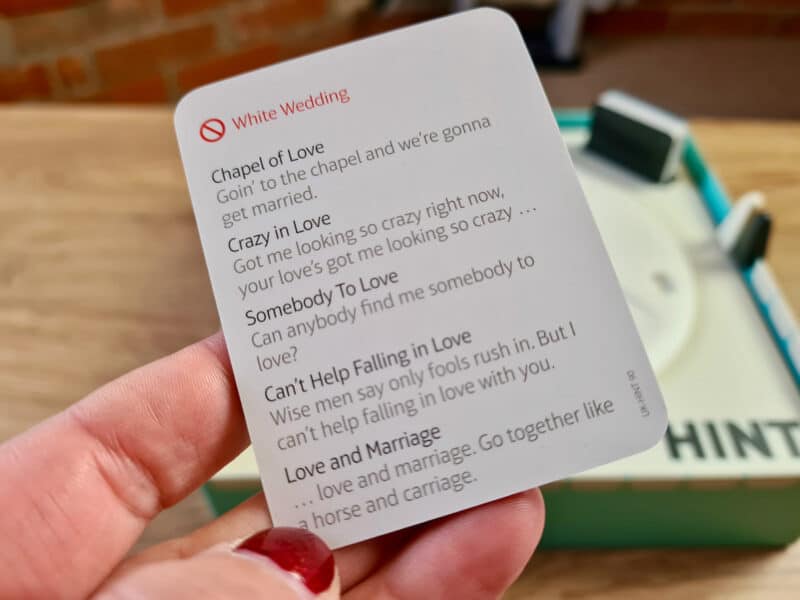 After the turn, if there are any answers not guessed then the other team can have a go (no more hints though) and they could also gain an extra point per answer. The other team can also try to guess the forbidden answer for an extra two points.

Some of the categories are HARD! On cards such as the one above, I didn’t have a clue how to hum the songs because I didn’t know them! These answers could really make people make mistakes and to accidentally let someone think of the forbidden answer instead, but of course, that only makes the game more fun. 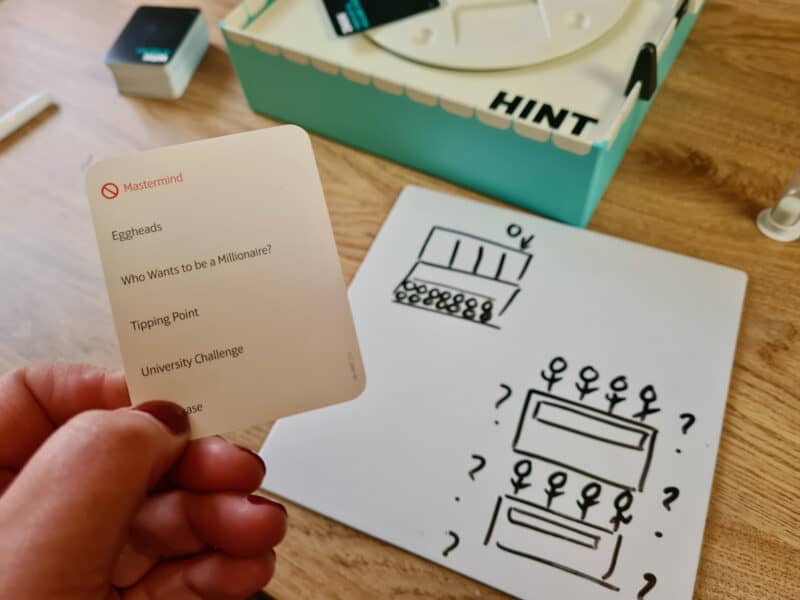 We have honestly had so much fun playing Hint. There are some addition rules to follow such as extra points if you choose a card on a certain spot on the wheel. I really like the fact that the categories and the answers are not easy and not everyone will know what some of them are. I think you have to be a bit tactical in your teams to determine who will be doing what, especially if someone will be better at songs or films etc.

We can’t wait until we can have people over again as I know this is one we’d play a lot on a games night with friends and family.